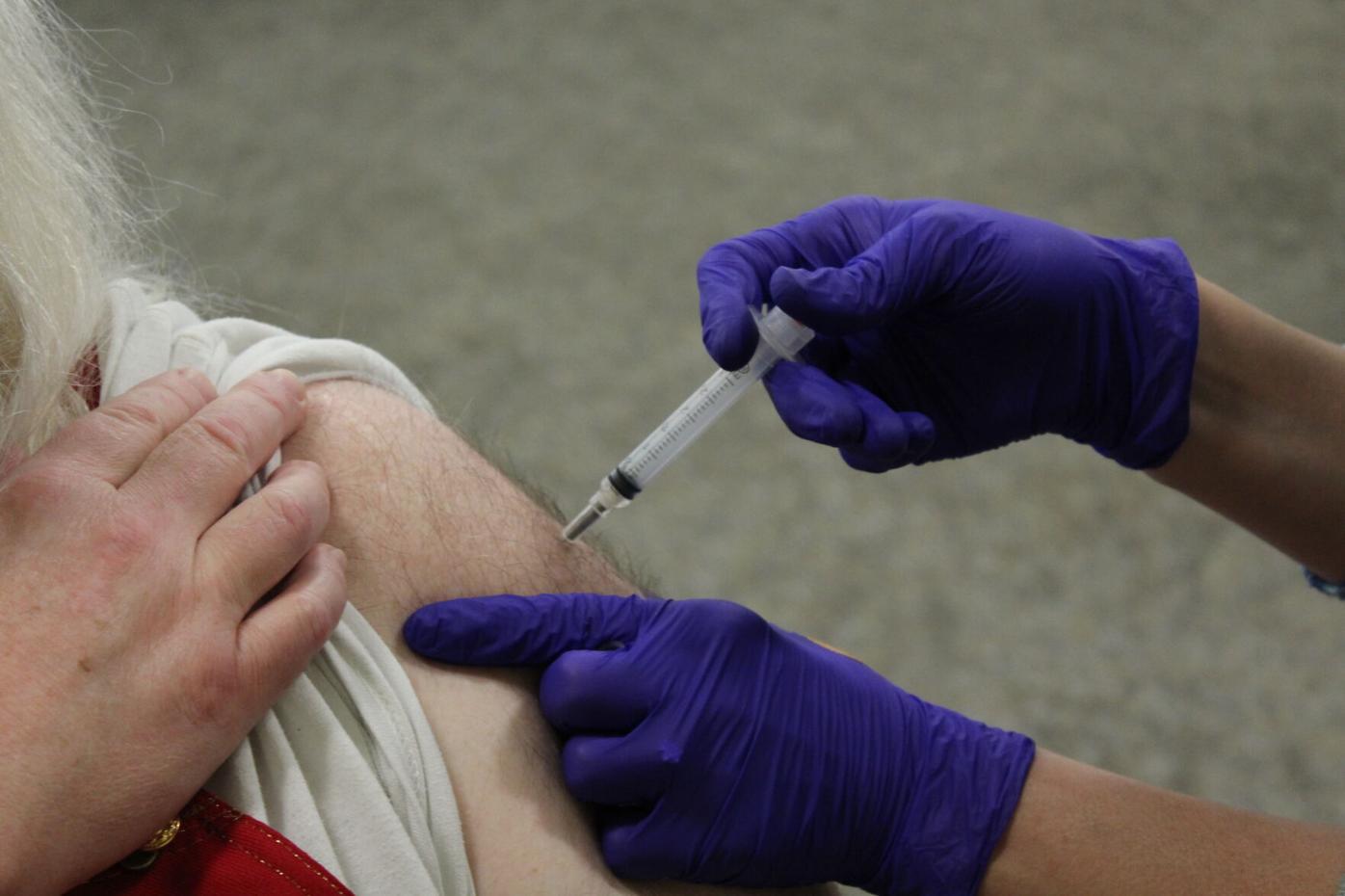 Ken Martin, a professional Santa, gets his Johnson & Johnson-brand COVID-19 vaccine at the North Cobb Senior Center in March. 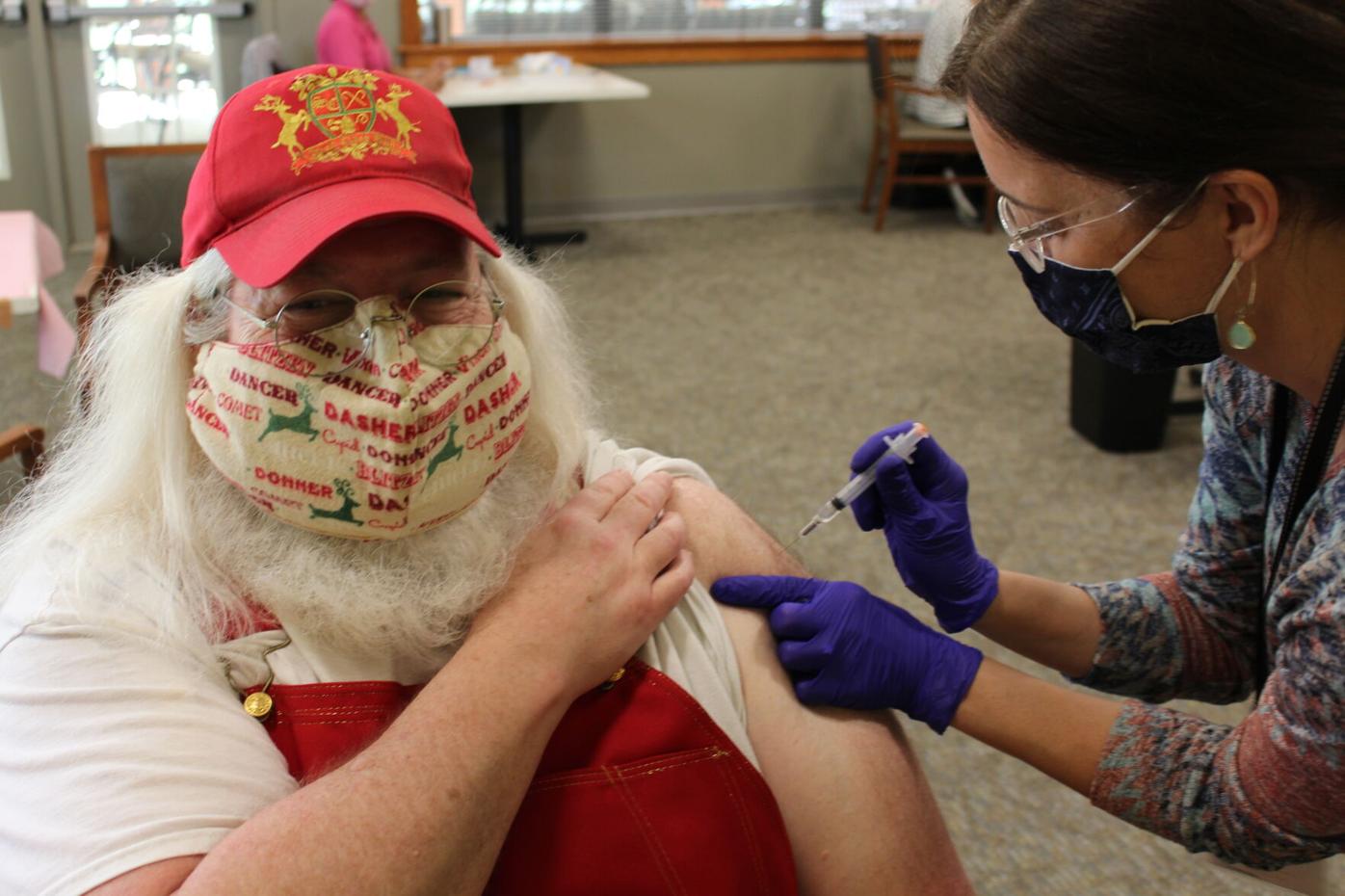 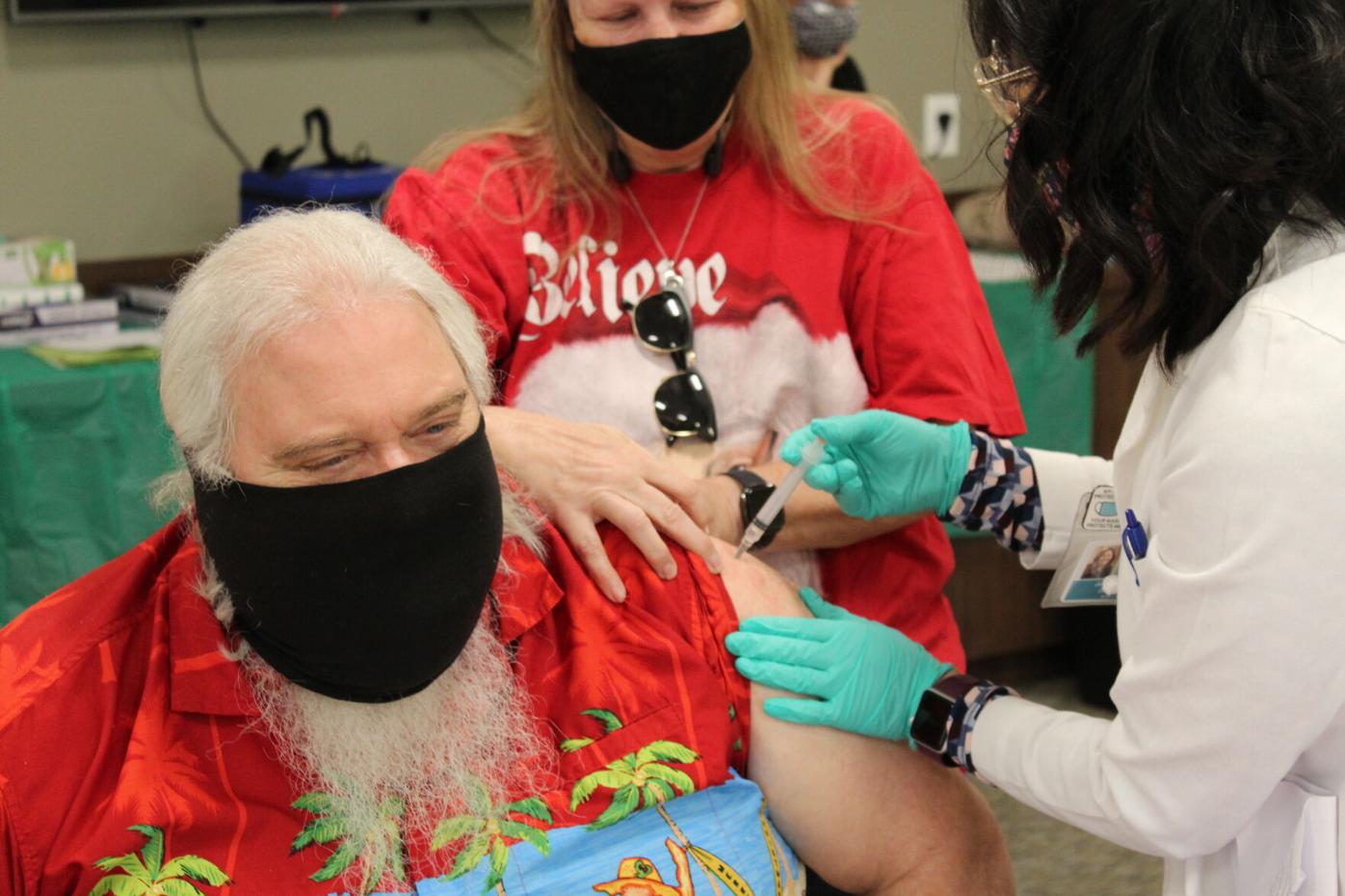 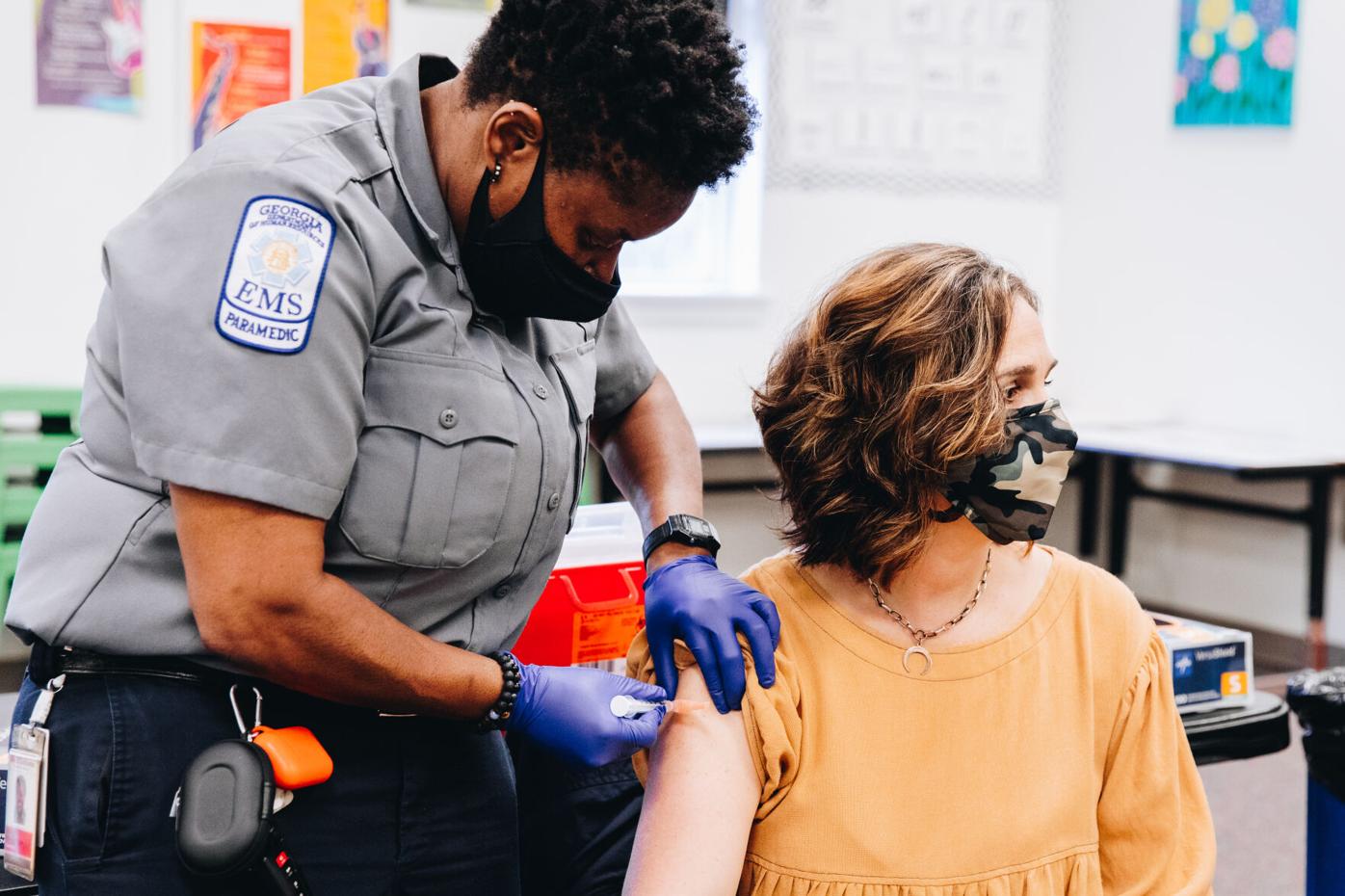 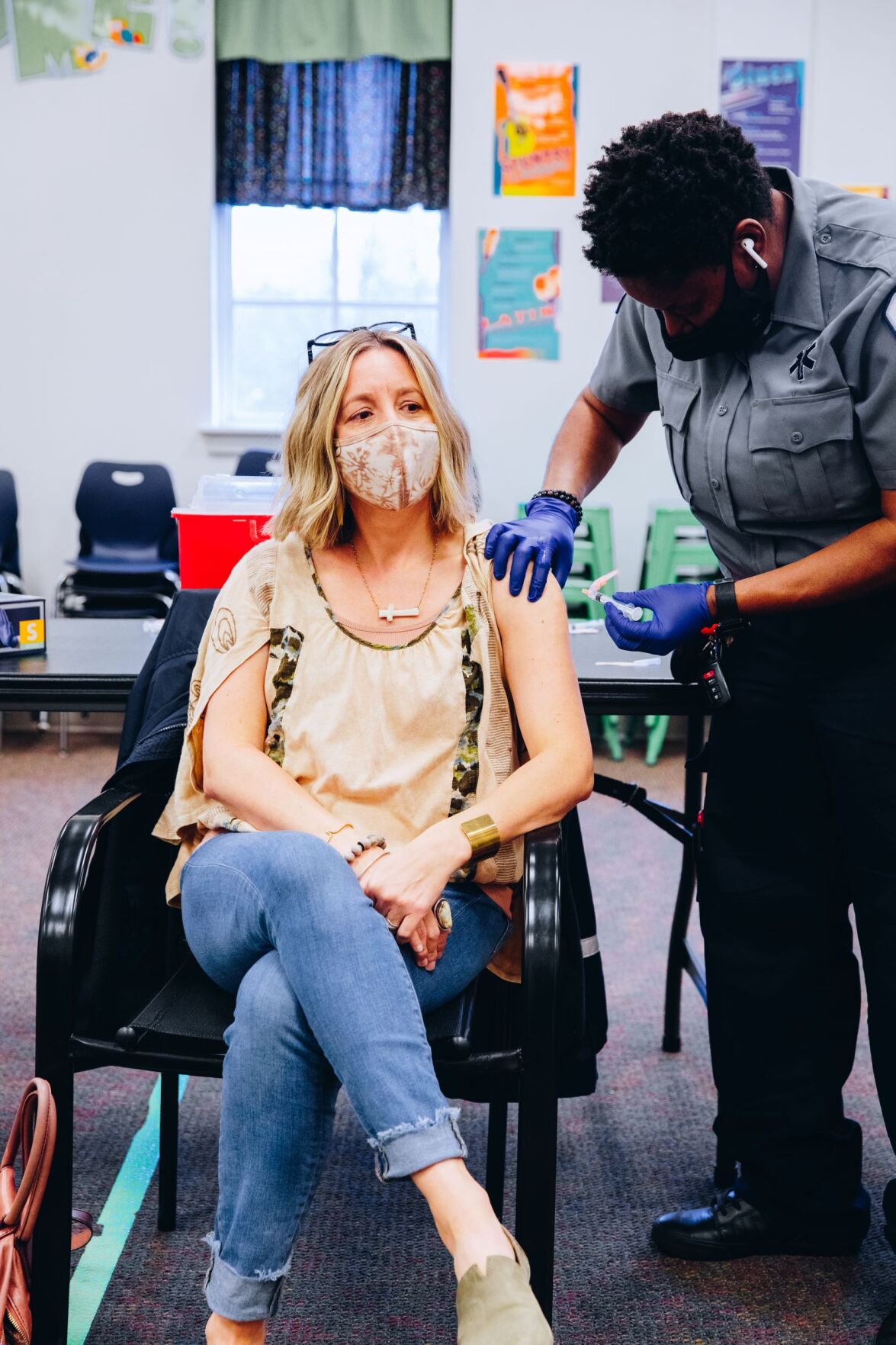 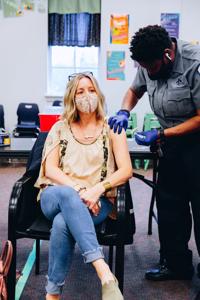 Ken Martin, a professional Santa, gets his Johnson & Johnson-brand COVID-19 vaccine at the North Cobb Senior Center in March.

Georgia has paused distribution of the single-shot Johnson & Johnson COVID-19 vaccine as part of a nationwide halt after reports of blood clots in six people in the U.S. who had received the shot.

The six cases of “a rare and severe type of blood clot” are among more than 6.8 million doses of the Johnson & Johnson-brand vaccine administered in the U.S. as of Monday, according to the U.S. Food and Drug Administration.

“Right now, these adverse events appear to be extremely rare,” the FDA said in a statement Tuesday.

The six cases of blood clots all occurred in women between ages 18 and 48 and happened six to 13 days after receiving the vaccine, according to the Atlanta-based Centers for Disease Control and Prevention.

The CDC also announced it will convene a panel of experts Wednesday to review the six cases and assess next steps.

“People who have received the (Johnson & Johnson) vaccine who develop a severe headache, abdominal pain, leg pain or shortness of breath within three weeks after vaccination should contact their health care provider,” the CDC said in a statement Monday.

State public-health officials said Monday they are halting Johnson & Johnson vaccine administration in Georgia “until further notice” while federal officials craft guidance following review of the six cases of blood clots, according to a news release from the state Department of Public Health.

The eight local cases were “consistent with common reactions” to receiving the vaccine, according to a DPH news release. They were among more than 124,000 Johnson & Johnson vaccines that have been administered without any adverse reactions in Georgia.

Mild flu-like side effects are common in people who have received COVID-19 vaccines as the body builds immunity, the CDC says. Those side effects can include fatigue, headache, muscle pain, chills, fever and nausea, as well as pain, redness and swelling in the arm where the shot was injected.

“There is no reason to believe there is anything wrong with the vaccine itself, and other individuals who have received the (Johnson & Johnson) vaccine should not be concerned,” DPH Commissioner Dr. Kathleen Toomey said in the April 9 news release.

“We are looking into what happened and what may have caused the reactions, including the conditions at the fairgrounds such as heat and the ability to keep the site cool.”

Johnson & Johnson’s vaccine is one of three shots that the FDA has approved for emergency use to fight the COVID-19 pandemic. It is the only federally-approved vaccine so far that requires just one dose. The other two, by Pfizer and Moderna, require two doses spaced three to four weeks apart.

State and local health officials are now working to provide either Pfizer or Moderna vaccines to Georgians with previously scheduled appointments to receive the Johnson & Johnson vaccine.

“In some cases, this may require rescheduling, and we ask for patience while scheduling arrangements and adjustments are made,” DPH said in a news release Tuesday.

“Vaccination remains one of our best tools for stopping the spread of COVID-19, along with basic prevention measures — wearing a mask, distancing from others, avoiding large gatherings and frequent hand washing.”

Nearly 4.8 million vaccines had been administered in Georgia as of Monday afternoon, marking more than 3.1 million people who have received at least one of the Pfizer or Moderna vaccines. More than 1.7 million Georgians are now fully vaccinated, according to state DPH data.