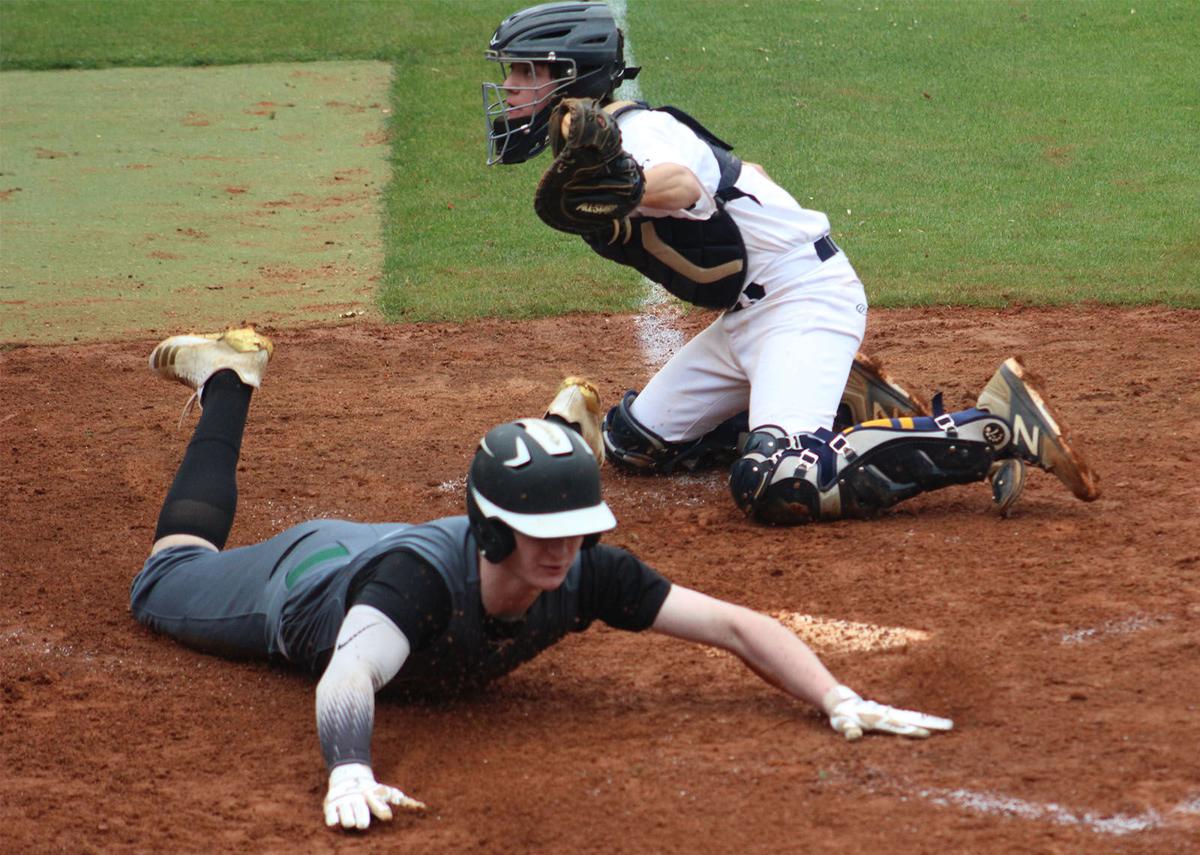 Wheeler catcher Will Mahoney holds the ball up after getting the tag on Kennesaw Mountain's Will Corey on a play at the plate April 7, 2018. Staff - Carlton D. White 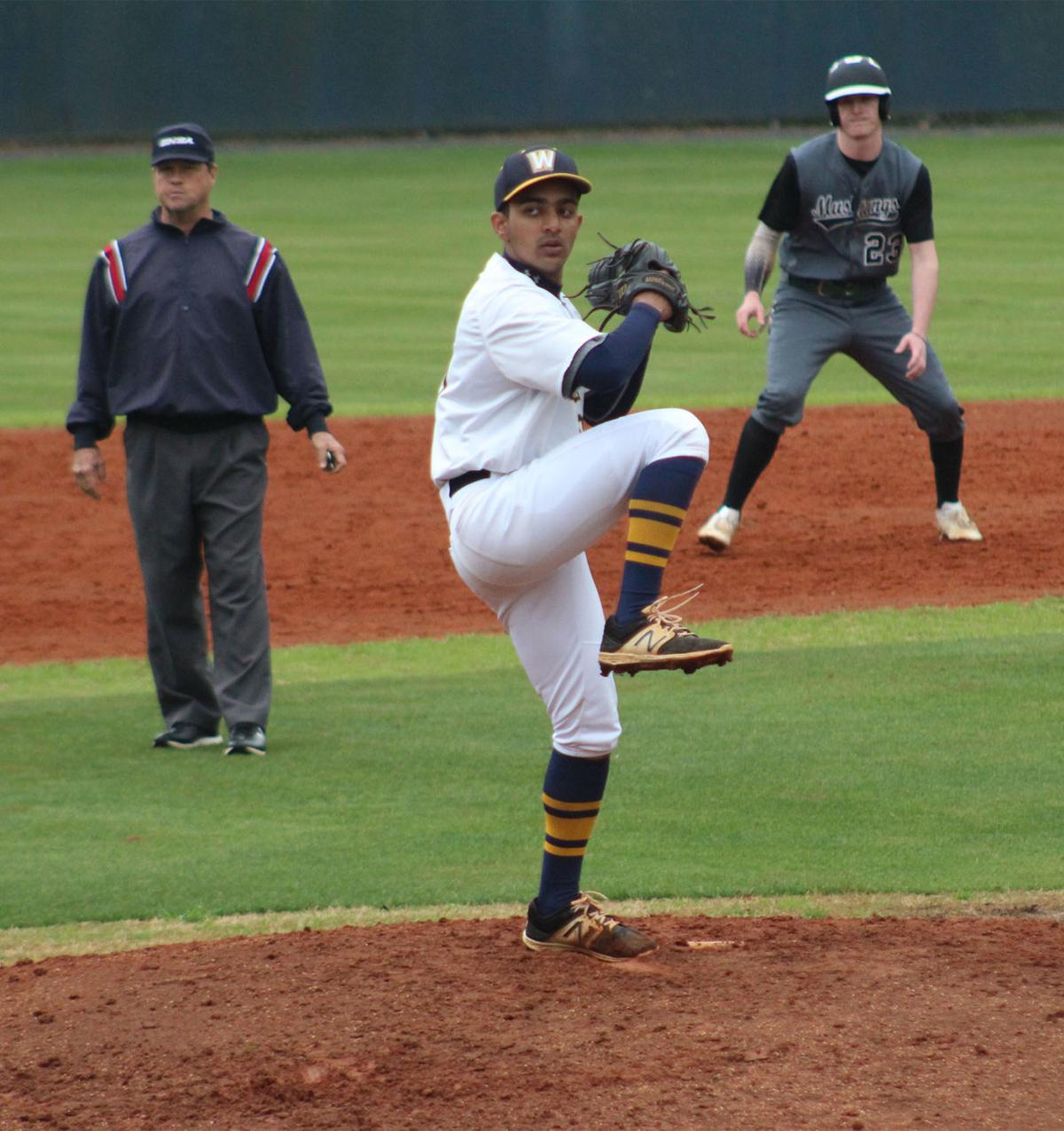 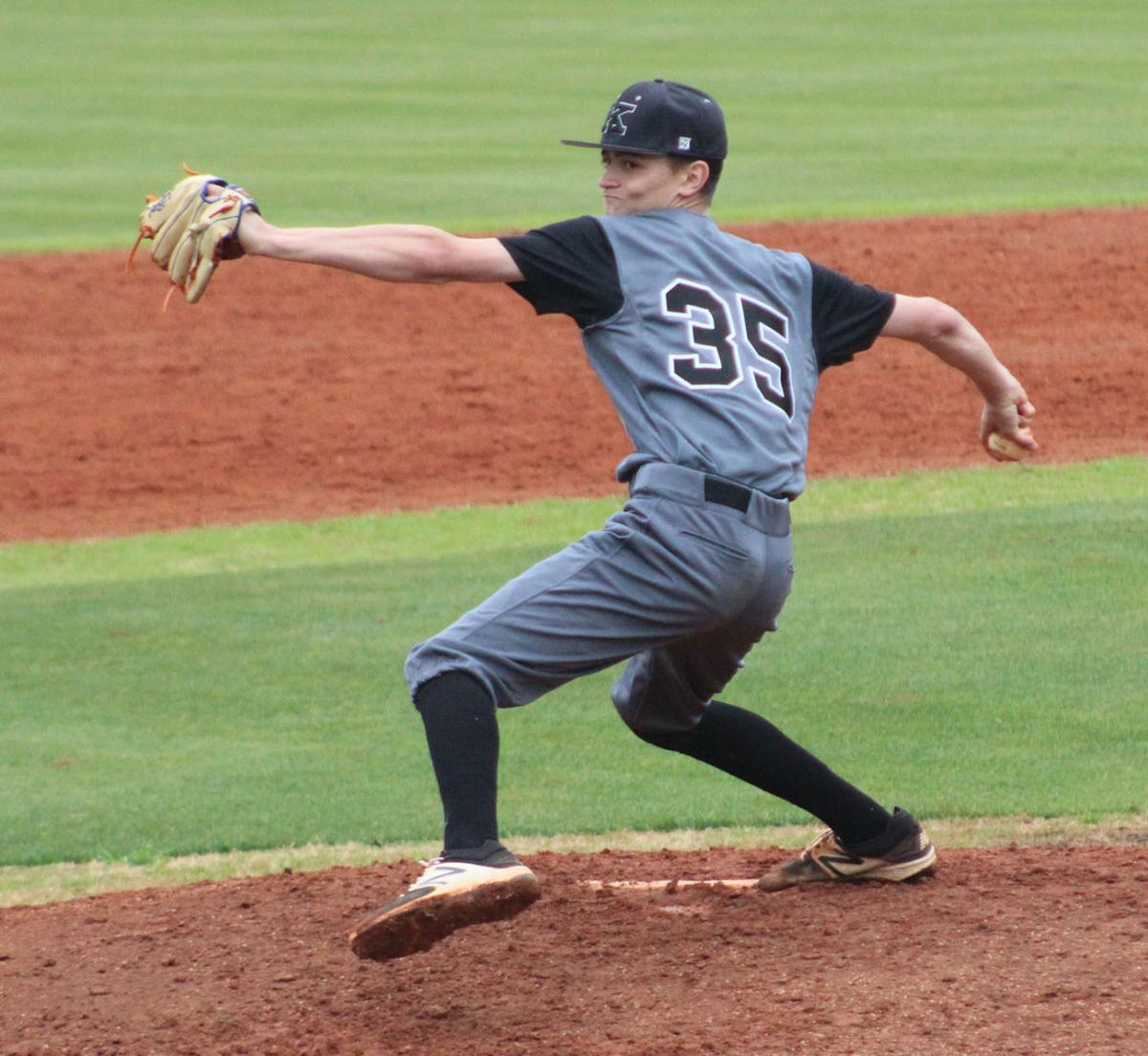 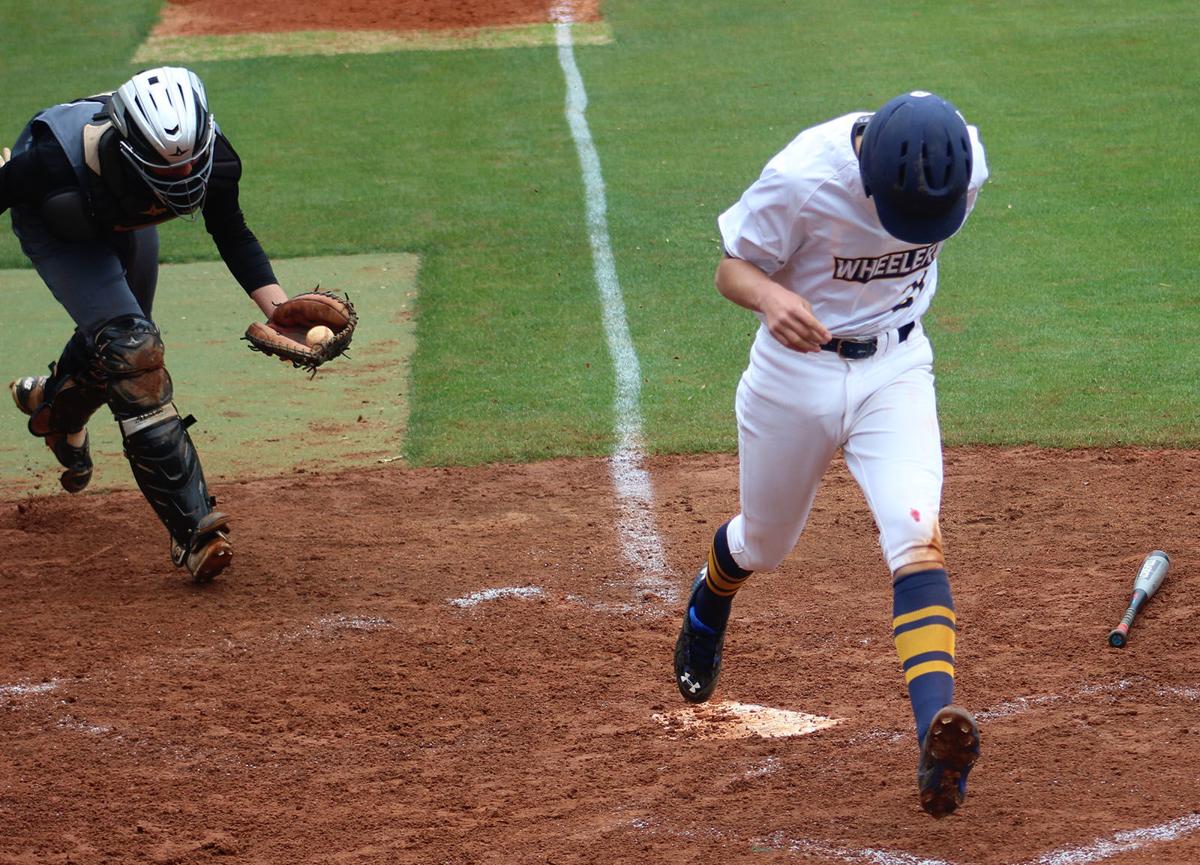 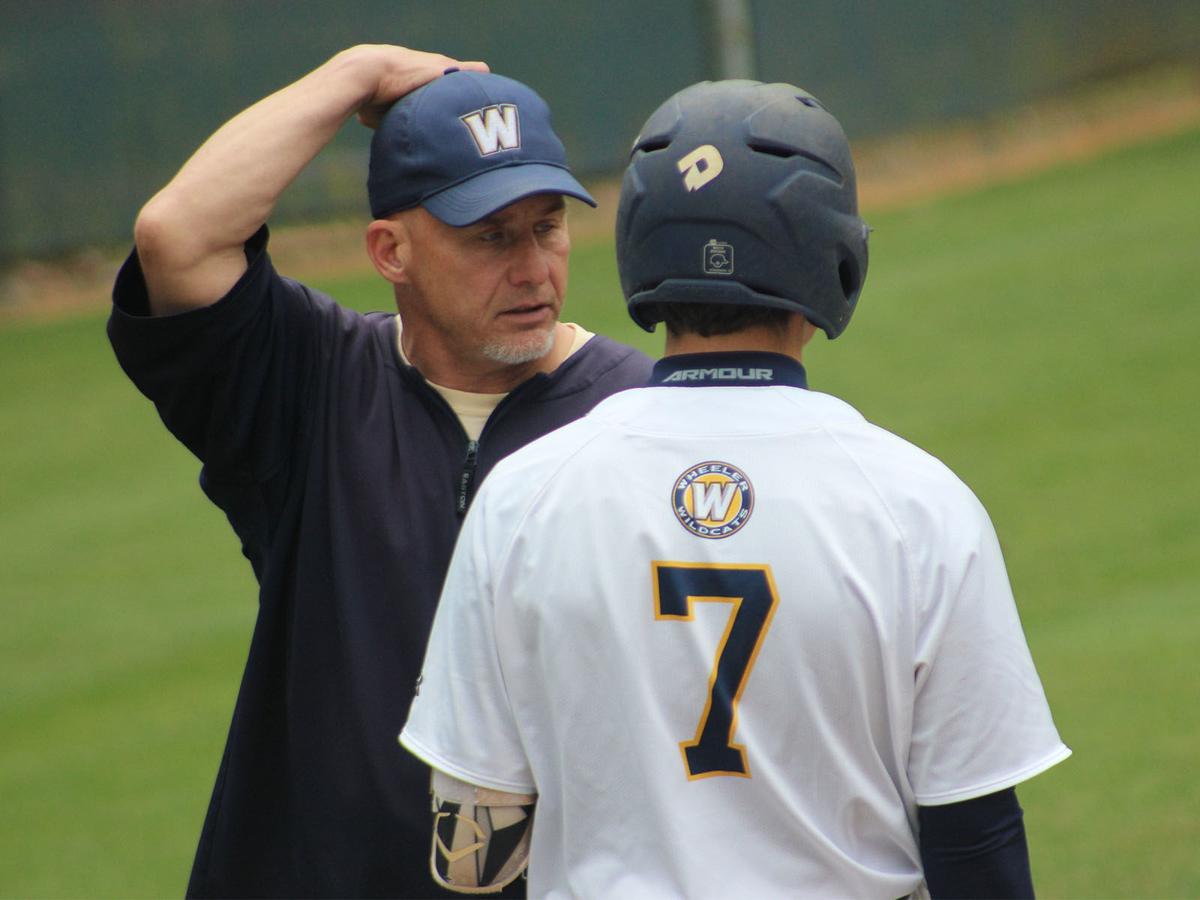 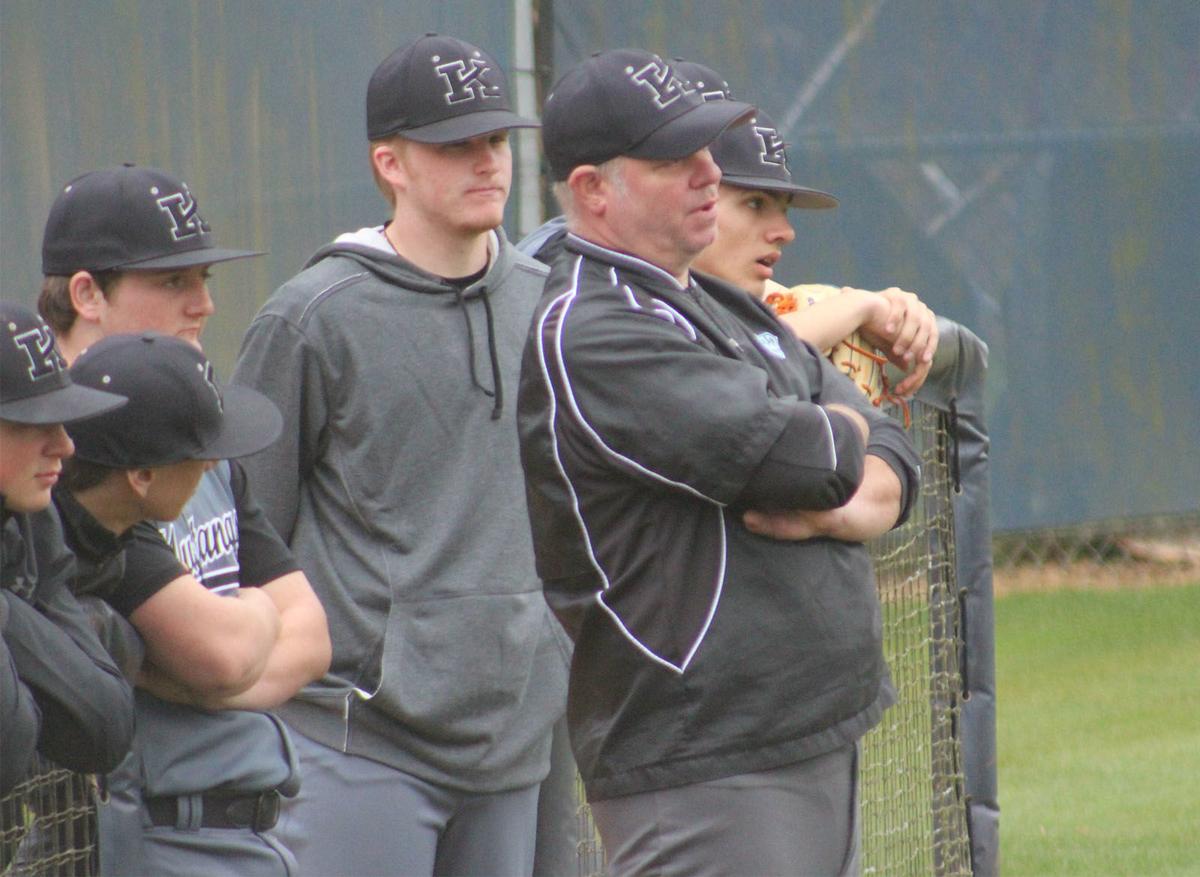 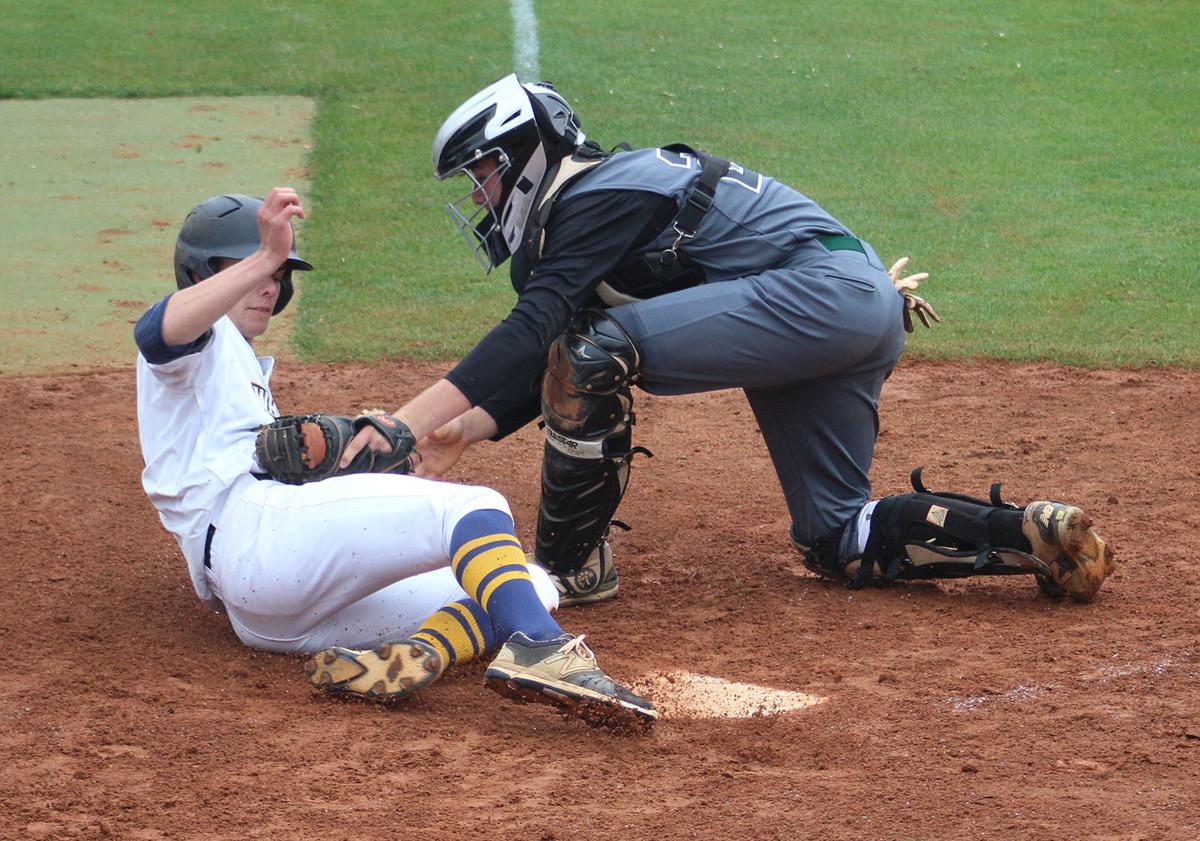 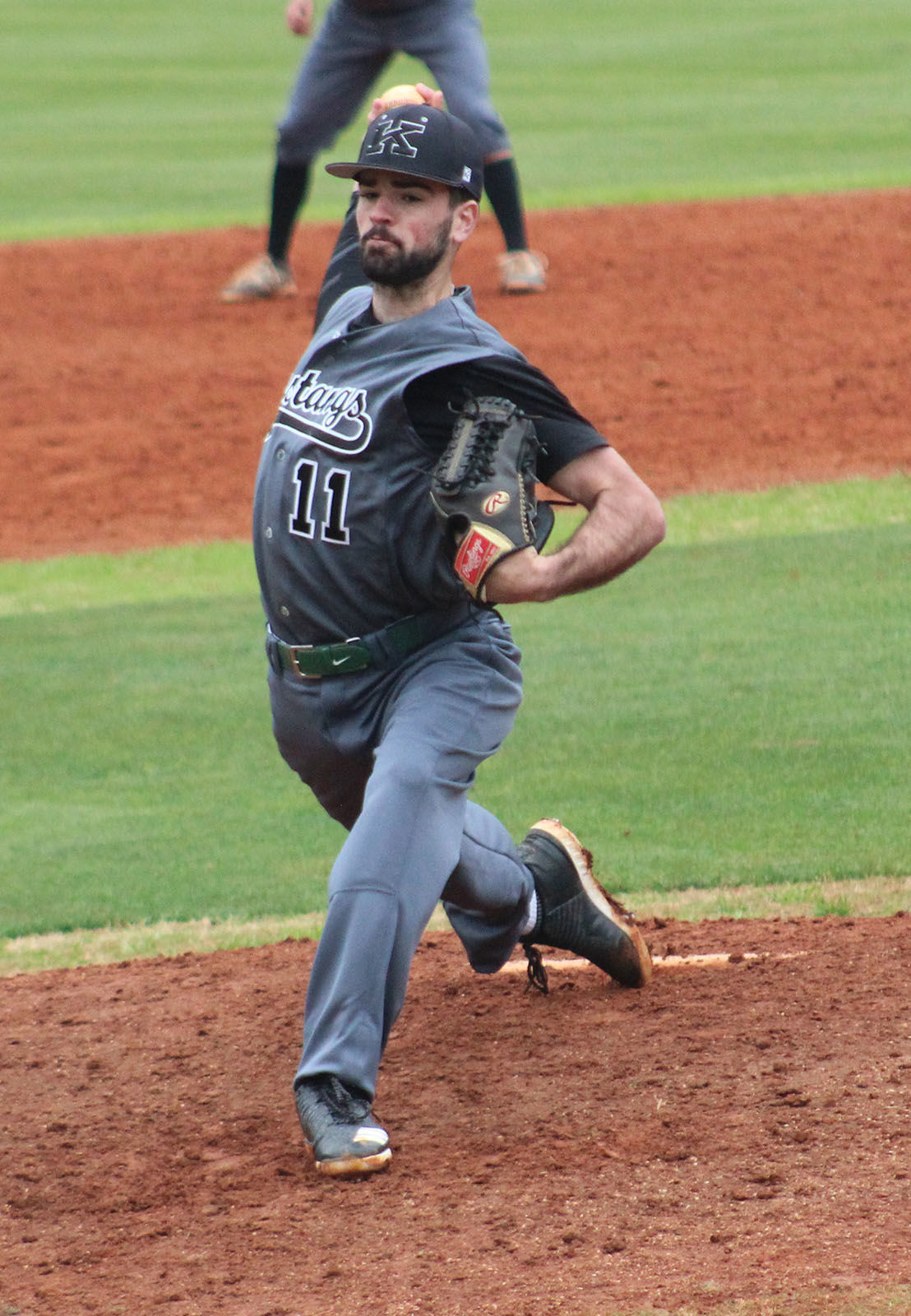 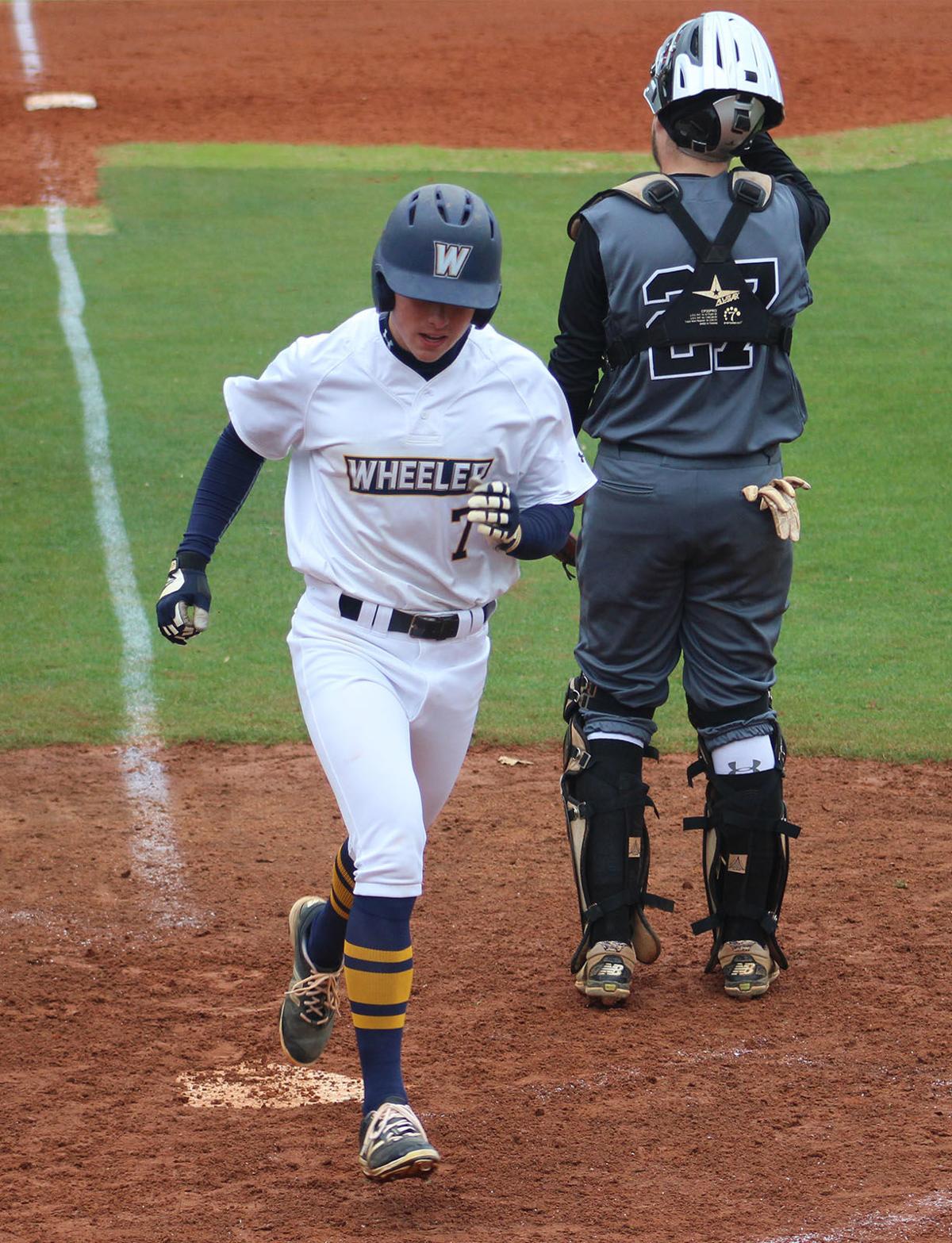 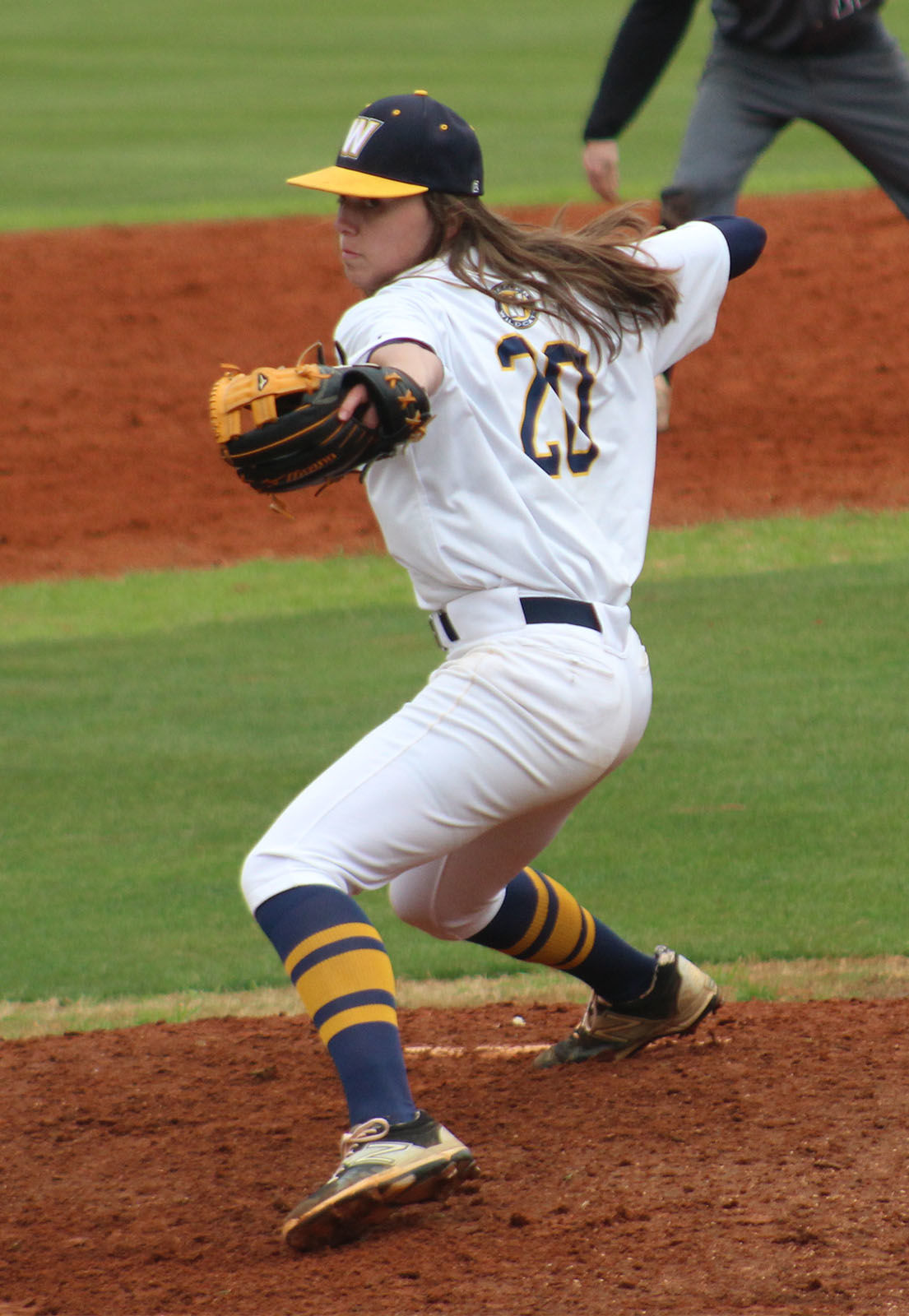 Wheeler catcher Will Mahoney holds the ball up after getting the tag on Kennesaw Mountain's Will Corey on a play at the plate April 7, 2018. Staff - Carlton D. White

MARIETTA — Leading 10-4 through four innings, Wheeler held off a furious rally to beat Kennesaw Mountain 11-9 on Saturday in a non-region game at Dave McDonald Field.

The Mustangs sent eight batters to the plate in the fifth inning and scored three runs off two hits and three walks to move within 10-7. Then, they added two more runs in the sixth off Will Corey’s two-run double, for a 10-9 deficit.

Wheeler’s Leo Gianoni, who batted 3-for-3 with two RBIs and a run scored, singled in Brian Yapkowitz for an insurance run in the bottom half for the game’s final margin.

As big as Gianoni’s at-bat was in the sixth, his effort on the mound in the game’s final stages was just as critical.

Entering in the top of the sixth with one out and a runner on third, Gianoni struck out Bradley Whipple and got pinch-hitter Matthew Siragusa to ground out to end the frame, preserving the Wildcats’ 10-9 lead.

Gianoni returned in the top of the seventh, giving up two hits and a walk before striking out Ryland Goede with the bases loaded to end the game.

“Leo pitched extremely well there in the end, and everybody worked hard out there to get this win,” Wheeler coach Mark Collins said. “He’s our closer. He normally catches, but he got a chance to throw (Saturday). He does everything we ask him to do, and he does a good job.”

The Wildcats plated three runs in the first and two in the second to stake a 5-1 advantage.

Kennesaw Mountain’s Taylor Lumpkin walked to begin the top half of the second. He stole second and scored on Goede’s RBI to cut Wheeler’s lead to 3-1.

The Wildcats added two runs in the second for a 5-1 margin, but Kennesaw Mountain plated three in the top of the third to make the score 5-4.

Wheeler never trailed, however, pushing a run across in the bottom of the third before sending eight batters to the plate in the fourth and adding four more runs off five hits, three errors, a stolen base and a walk to gain their 10-4 advantage.

Gabe Ahn batted 3-for-4 with a double, two RBIs and scored a run for Wheeler. Will Larsen had a single, RBI, run scored stolen base, while Nate Richardson singled, scored twice, walked and was hit by a pitch. Mike Musser batted 2-for-4 with an RBI, while Noah Welkis doubled and hit a sacrifice fly.

“We did a good job,” Collins said. “We have a tough region slate coming up, so we want to play quality teams coming out of spring break to get ready. The guys have been swinging the bats well the whole year.”

“It was a non-region game coming out of break, and we wanted to use some of our pitchers,” Collins said. “We threw a bunch of young guys (Saturday). Kennesaw Mountain’s a good hitting team.”

Goede finished 2-for-5 with a double, RBI and run scored, Corey doubled twice in five at-bats and scored twice and Grant Moody had a hit and an RBI. Siragusa scored once and Zayd Brannigan twice.

“This was our only game during spring break,” Kennesaw Mountain coach George Hansen said. “We knew it would take some time mentally to get back into things, but I think we saw the Kennesaw Mountain we’re used to seeing. Guys hit the ball well (Saturday).”