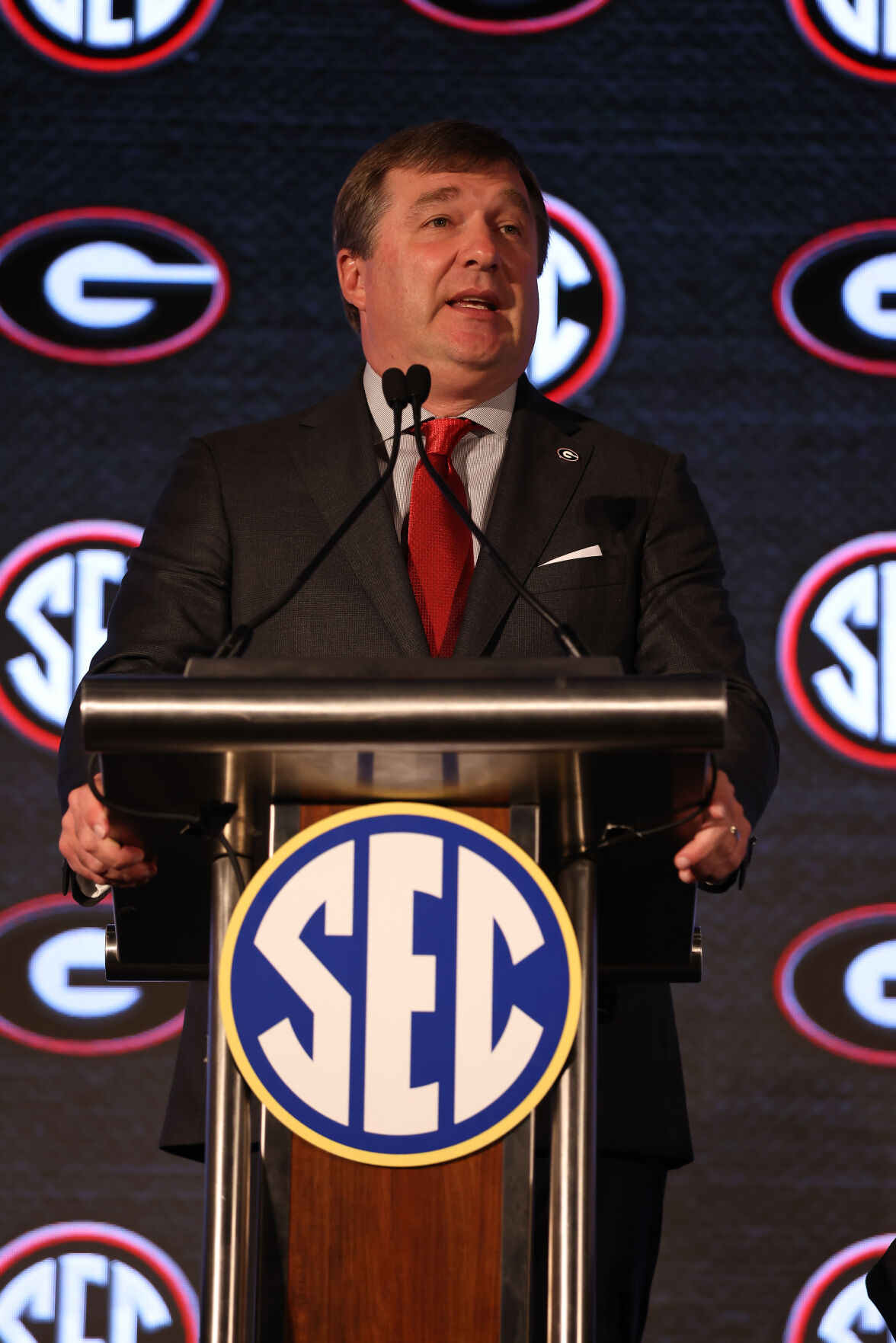 Though Arik Gilbert is listed as a wide receiver on Georgia’s roster, coach Kirby Smart, above, said the Marietta product could slide into a variety of offensive roles for the Bulldogs this season. 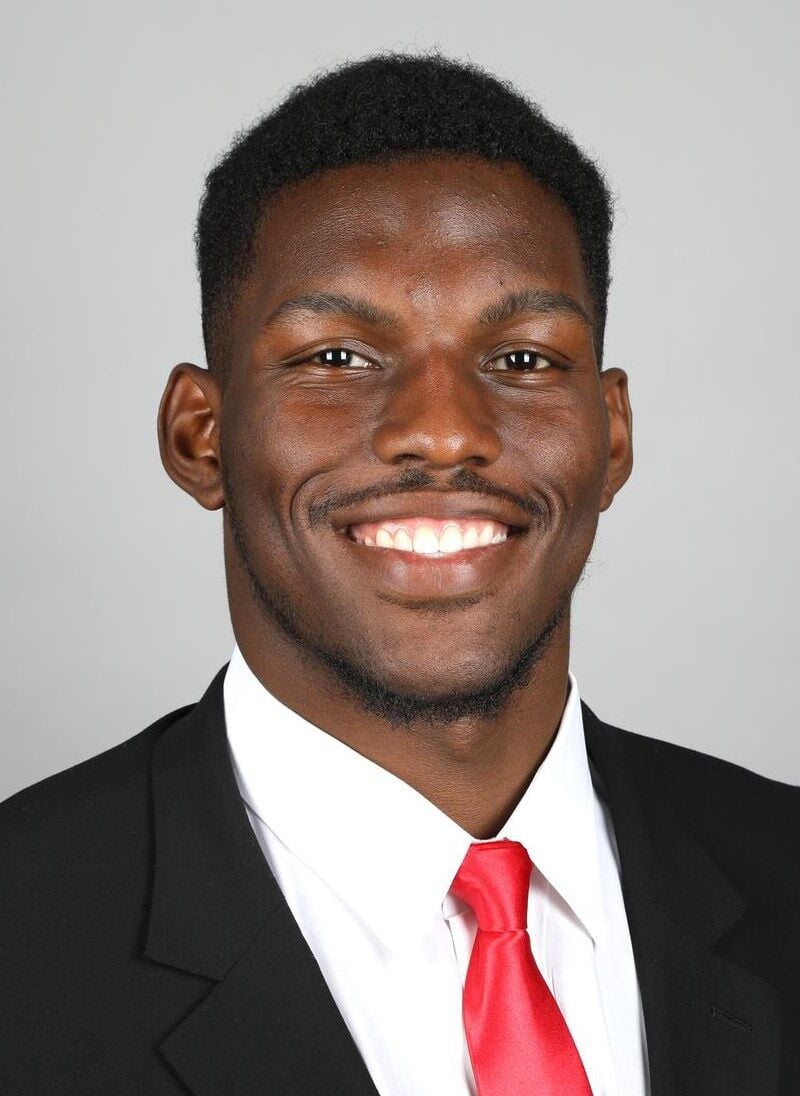 HOOVER, Ala. — Coming into the 2021 season, Georgia landed three notable players through the transfer portal.

During Georgia’s availability for SEC Media Days on Tuesday, coach Kirby Smart was asked about Arik Gilbert, Derion Kendrick and Tykee Smith, and what they bring to the table for the Bulldogs.

On the offensive side, Georgia added a pass-catching weapon in Gilbert. The sophomore is joining the Bulldogs after spending his freshman season at LSU.

“He’s an outstanding young man,” said LSU head coach Ed Orgeron. “I think he’s going to be an All-Pro tight end, All-American, and has a chance to be a first-round draft choice.”

While he spent his freshman season playing tight end, he was listed as a wide receiver at Georgia. Smart emphasized that this was Gilbert’s choice and that he will likely move around since he is a dynamic threat.

“He’s a playmaker. He’s a guy that you want to get the ball in his hands. He’s been working out with the wide receiver group. That’s where he indicated he wanted to work and train at,” Smart said. “We’re about to find out if he can sustain and have the stamina to play that position. We’ll find ways to move him around.”

There have also been rumors circulating that Gilbert would not be academically eligible to play for Georgia, which is why there was some uncertainty in his transfer process. Smart mentioned that Gilbert is enrolled in summer classes and expects him to be on the field for the fall.

The freshman All-SEC receiver has been working on his connection with starting quarterback JT Daniels. From the small time that Daniels has worked with Gilbert, he’s impressed with what he has seen.

“(Our connection) just keeps developing. He’s a weekend worker,” Daniels said. “He does a lot of the things that really impress you regardless of his talent level, and then you add that to the level of talent he brings, and he’s a special player.”

Kendrick joins the Georgia roster in a time of need. The senior defensive back provides talent and depth to a position that has been depleted for the Bulldogs.

Smart was pleased to learn he landed Kendrick as he was somebody whom Georgia recruited out of high school. He added that Kendrick’s experience coming from Clemson has helped integrate him into the team smoothly.

“D.K. is a kid that we knew through recruiting. We recruited him at the University of Georgia,” Smart said. “He’s a young man that comes from a program that’s been very successful. He’s played and had a lot of experience.”

At Clemson, Kendrick earned first-team All-ACC honors in his junior season, as well as second-team All-ACC in his sophomore season. The defensive back racked up 20 tackles, a sack, an interception and a fumble recovery in the nine games he played in last season.

Smith is another defensive back that should help fill the need for the position. He comes in from West Virginia University and has a connection with new defensive backs coach Jahmile Addae, who coached the same position at WVU.

Coming into this season, Smith was the highest ranked Bulldog in Pro Football Focus’ top 50 college football players at No. 8. While the addition benefits Georgia, Kirby tempered his excitement for Smith.

“The only thing we’ve got to work with is the tape. (Kendrick) played in a defense similar to ours, while Tykee was different,” Smart said. “We’re going to find out what those guys are capable of, and we’ve got other guys on our roster who they’re going to compete with, and they know that.”

The junior out of Philadelphia was named a third-team All-American after only allowing 110 total yards in coverage on 38 targets last season. While Kirby insists there will be competition at the position, he also noted it was important for Smith and Kendrick to learn the defense.

Printed with permission from The Red & Black independent student media organization based in Athens.