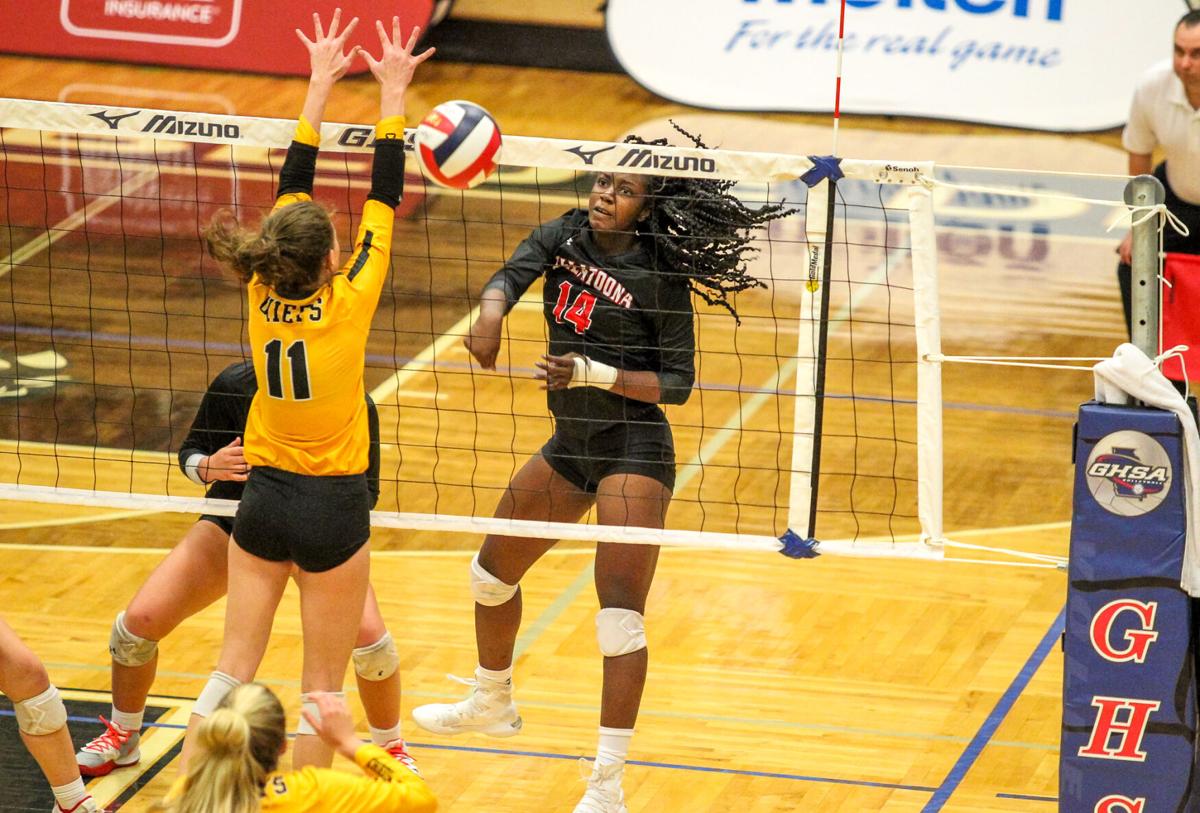 Allatoona's O'Niece Roberts (14) leaps for a ball during the Class AAAAAA state championship match against Sequoyah in 2019. 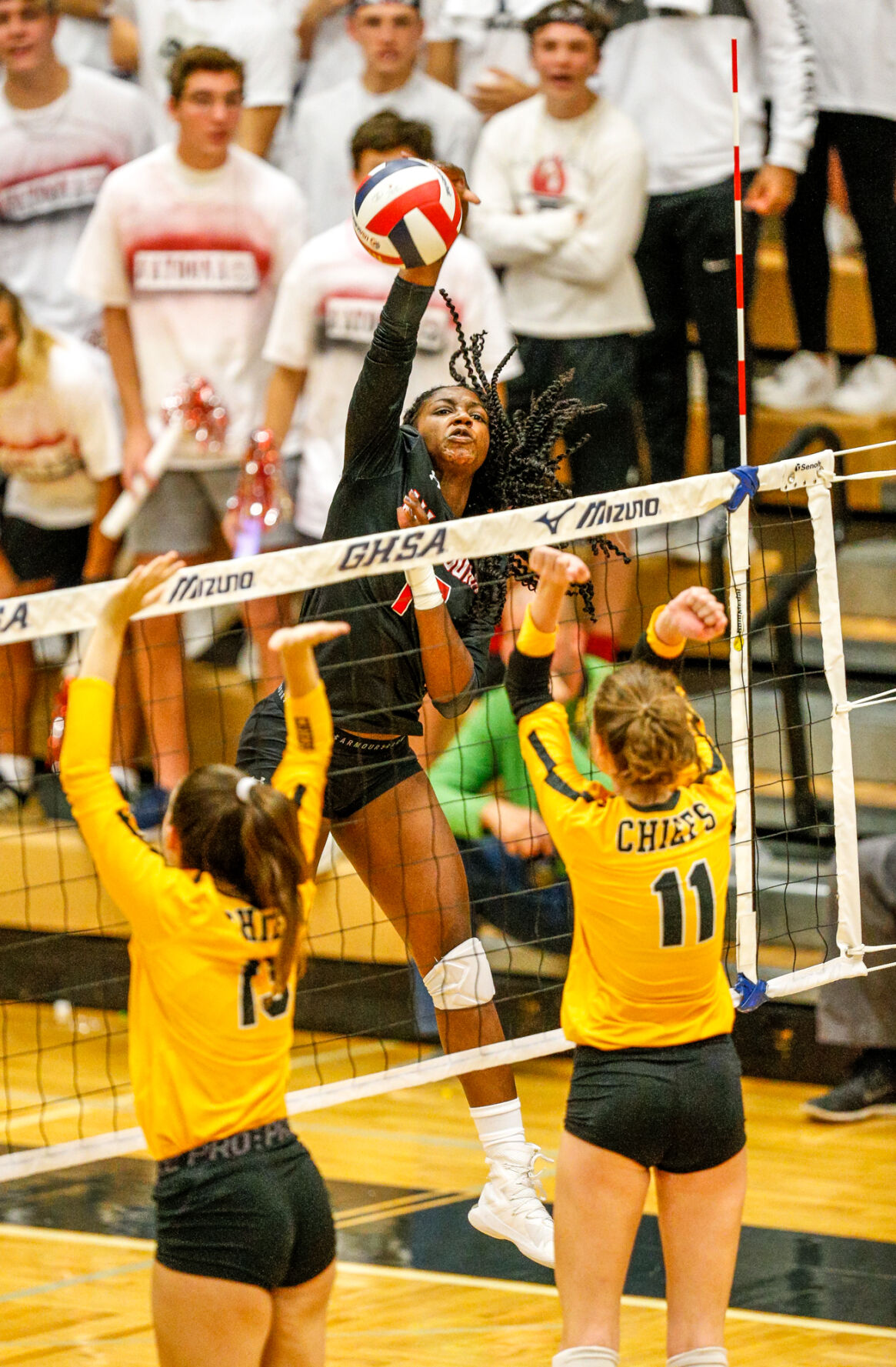 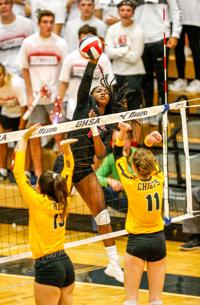 Allatoona's O'Niece Roberts leaps for a ball during the 2019 Class AAAAAA state championship match against Sequoyah. 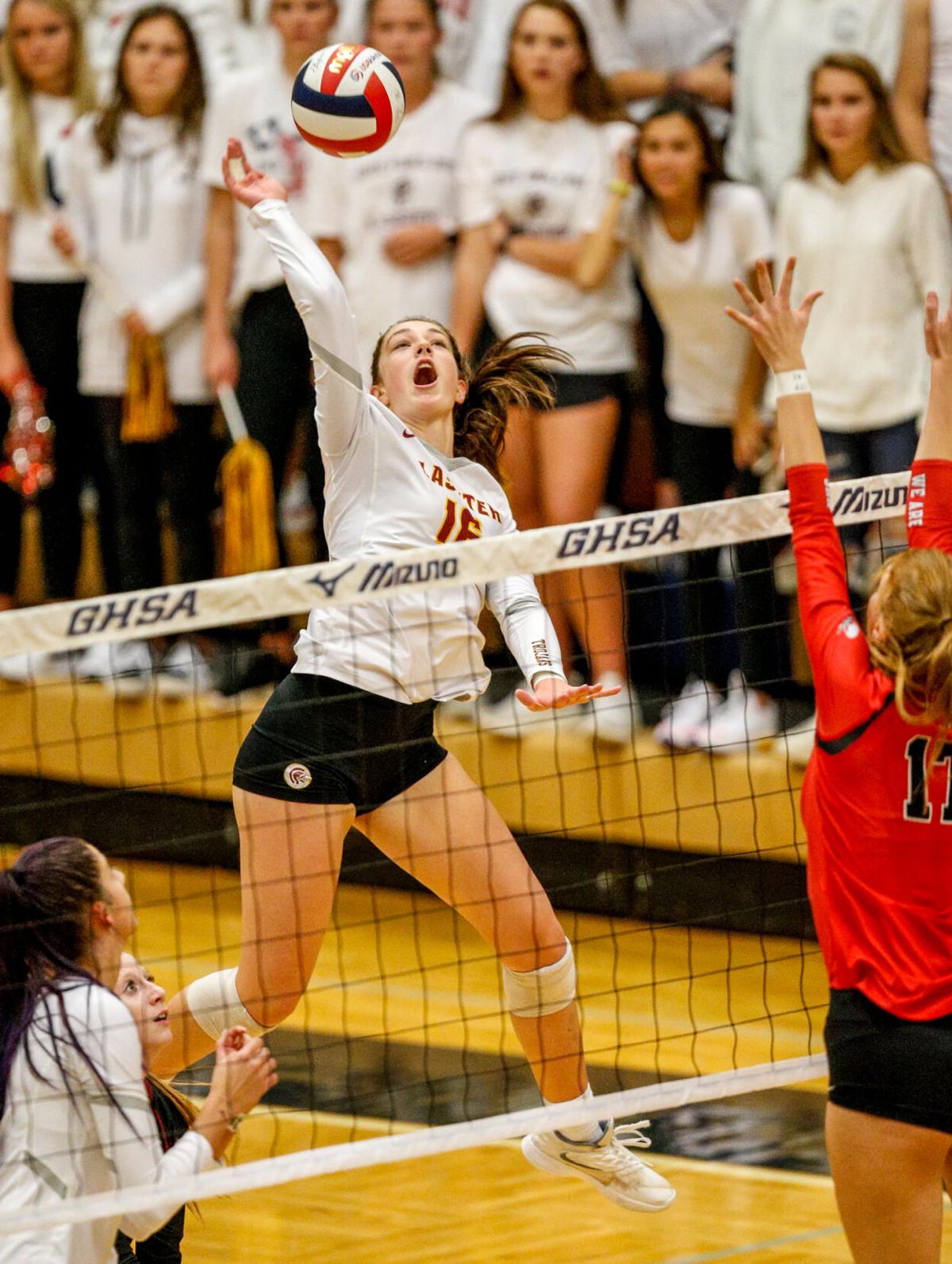 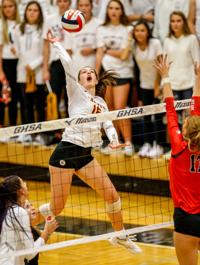 One of the leaders on Lassiter’s 2019 state runner-up team, Rebecca Watkins is in the same role this year as the Lady Trojans try to traverse their new home in Region 6AAAAAA.

Allatoona's O'Niece Roberts (14) leaps for a ball during the Class AAAAAA state championship match against Sequoyah in 2019.

Allatoona's O'Niece Roberts leaps for a ball during the 2019 Class AAAAAA state championship match against Sequoyah.

One of the leaders on Lassiter’s 2019 state runner-up team, Rebecca Watkins is in the same role this year as the Lady Trojans try to traverse their new home in Region 6AAAAAA.

As the high school volleyball season reaches the midway point, teams in Region 6AAAAAA have been dominant, and the race to the state playoffs will be tight.

Those five teams coming into the same region have made most matches feel like a state tournament match. Combined, they have a 57-9 record this season.

So far, Lassiter, Pope, and Allatoona are all undefeated with 2-0 marks in region play. Kennesaw Mountain is 2-1 in the region, with Kell right behind at 2-2.

Allatoona coach Joe Soley, whose team is 21-1 overall, said the teams have made the region stand out.

Soley also said he believes the region teams will face off in the later stages of the playoffs, which he said will be beneficial.

“The fortunate thing is we will likely see the same teams in the postseason,” he said. “You get video, get to make adjustments and see strengths and weaknesses.”

Soley said he knows there is no room for mistakes this season, and that it is going to be a battle.

While Lassiter and Kennesaw Mountain both moved down a classification, Lassiter coach Greg Hodge said that does not really mean anything.

“This year, we moved down, but that does not mean it has gotten any easier,” Hodge said. “This region has a lot of good competition.”

Lassiter has an overall record of 6-0. Hodge and his team are aware that each match will be very competitive, and he knows the area is not new to volleyball success.

“Northern Georgia always has good and well-coached volleyball teams,” Hodge said. “Every night is a battle, and we have to come ready to play.”

Kennesaw Mountain coach Michael Loyd said he and his team enjoy playing against the competitive region.

The Lady Mustangs have an overall record of 14-3. Loyd said they got off to a slow start since his players were not able to be in the gym as much as usual this summer, but he feels their schedule will help prepare them for the postseason.

“I believe our schedule allows us to be battle-ready for the playoffs,” Loyd said. “So far, we are seeing some fundamentally sound teams.”

Kell moved up a classification this year and coach Joe Auriemma said one difference this season compared to the past in Class AAAAA is the experience teams have.

“This year is tougher. There are a lot of teams that are more experienced than what we have seen in the past,” Auriemma said.

At 7-5 overall for the season, Auriemma hopes competing against experienced opponents will help his young team get prepared for the region tournament and playoffs.

“These teams are preparing us and giving us a high level of play each game,” Auriemma said.

Hodge believes one of the teams in Cobb County can win it all in Class AAAAAA.

“The state title has been in Cobb County for a while,” Hodge said. “At least four teams from this region can win state this year.”