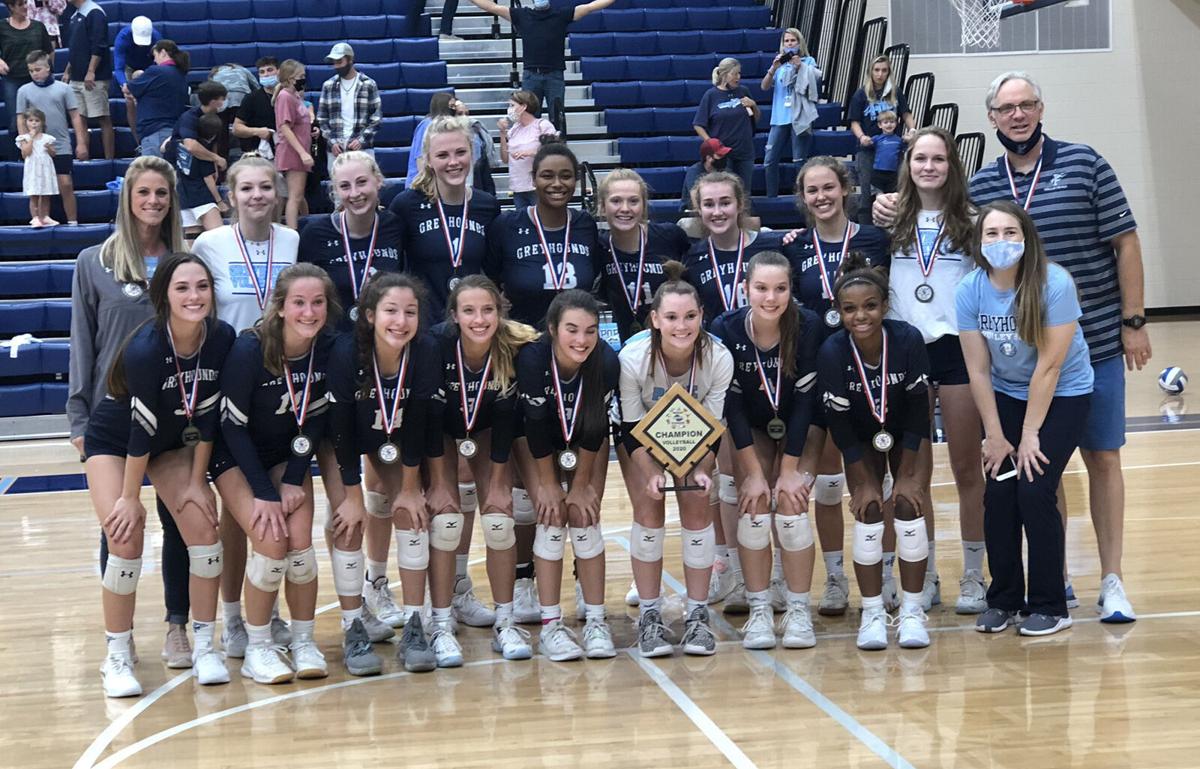 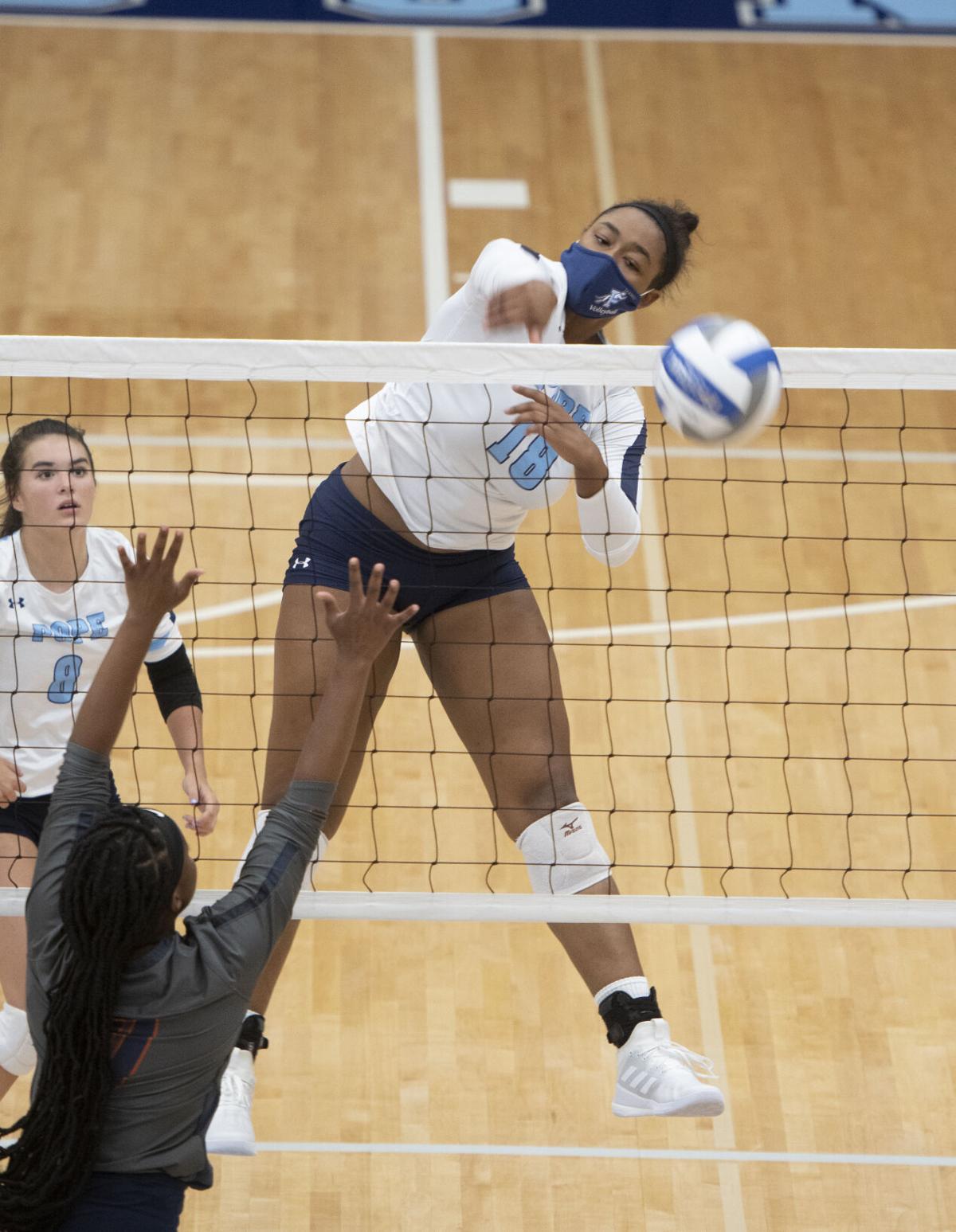 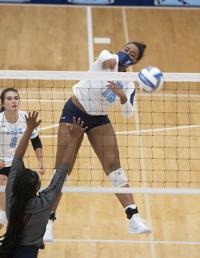 Pope's Ayanna Rodgers had 15 kills and two blocks to help lead the Lady Greyhounds past Lassiter for the Region 6AAAAAA championship Thursday.

Pope's Ayanna Rodgers had 15 kills and two blocks to help lead the Lady Greyhounds past Lassiter for the Region 6AAAAAA championship Thursday.

Pope jumped to a quick 4-0 lead to start the fifth set and used that early momentum to help it win the set and claim the No. 1 seed for next week’s state playoffs.

The Lady Greyhounds (27-1) will host Centennial to open the Class AAAAAA tournament.

Pope coach Jeff White knew the match would be a back-and-forth battle. Lassiter was the Class AAAAAAA runner-up in 2019 before dropping down a classification.

“We knew, against Lassiter, it was going to be like this and that we have to outlast them,” White said. “It’s a rivalry, so it’s a tough match no matter what.”

Pope gained control of the third set early and kept Lassiter from posing a threat, but the Lady Trojans bounced back in the fourth set with some crucial blocks by Kate Kudlac to force the tiebreaker.

Despite the loss, Lassiter coach Greg Hodge liked how his team came back after falling behind early.

“We gave up two bad sets but played great in the other ones,” Hodge said. “I like the heart that my team has.”

Lassiter will be a No. 2 seed in the playoffs as it hosts Creekview in the first round.

“I’m proud of my team, they fought and competed against a good team.” Hodge said. “We just came out on the short end of the stick on this one.”

White said Pope put up a strong effort against a strong and skilled Lassiter team.

“Our serving was great and, overall, it was just a great effort,” he said. “Lassiter is going to far in the playoffs”

White said the intensity of the region championship was similar to that of a different kind of the state championship.

“It was such a tough match, but it was a really great one,” he said. “Tonight was almost like a state championship.”