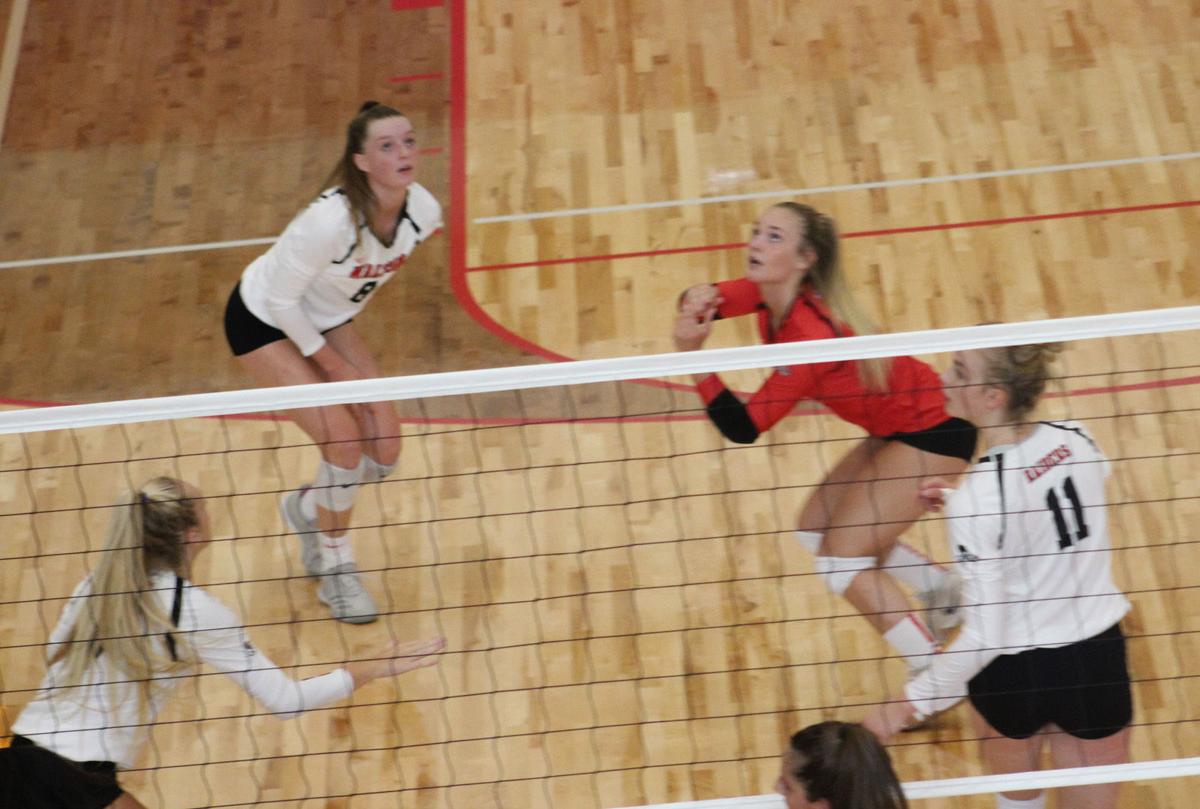 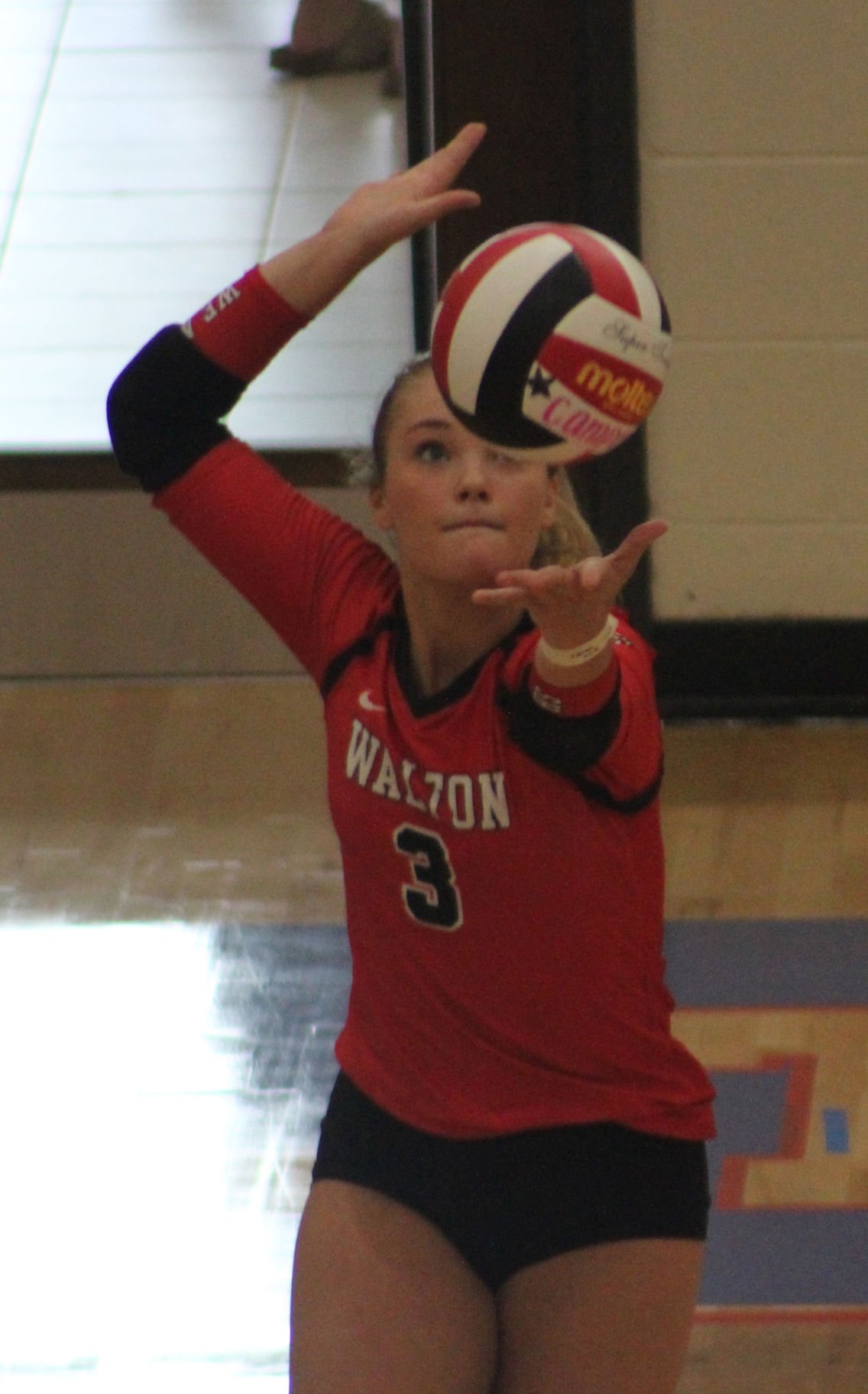 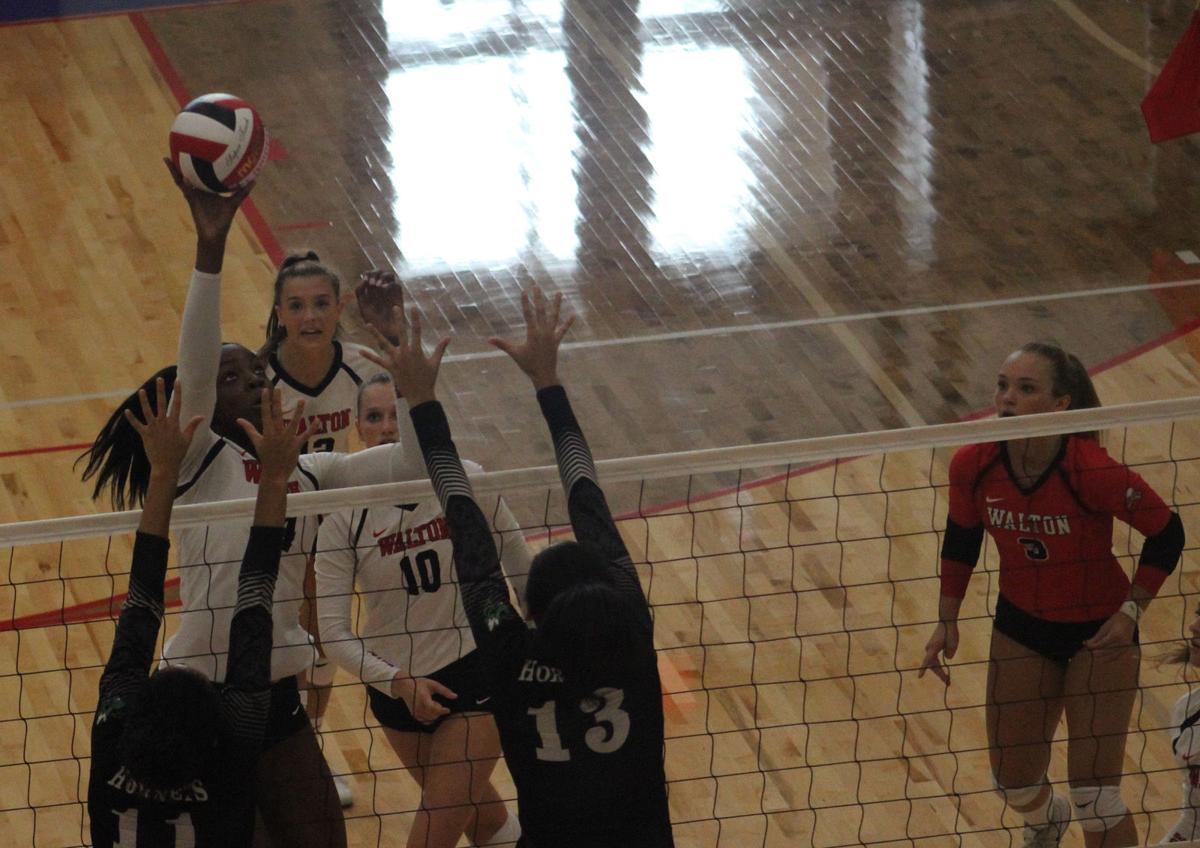 Walton's Phoebe Awoleye goes on the attack against Roswell. 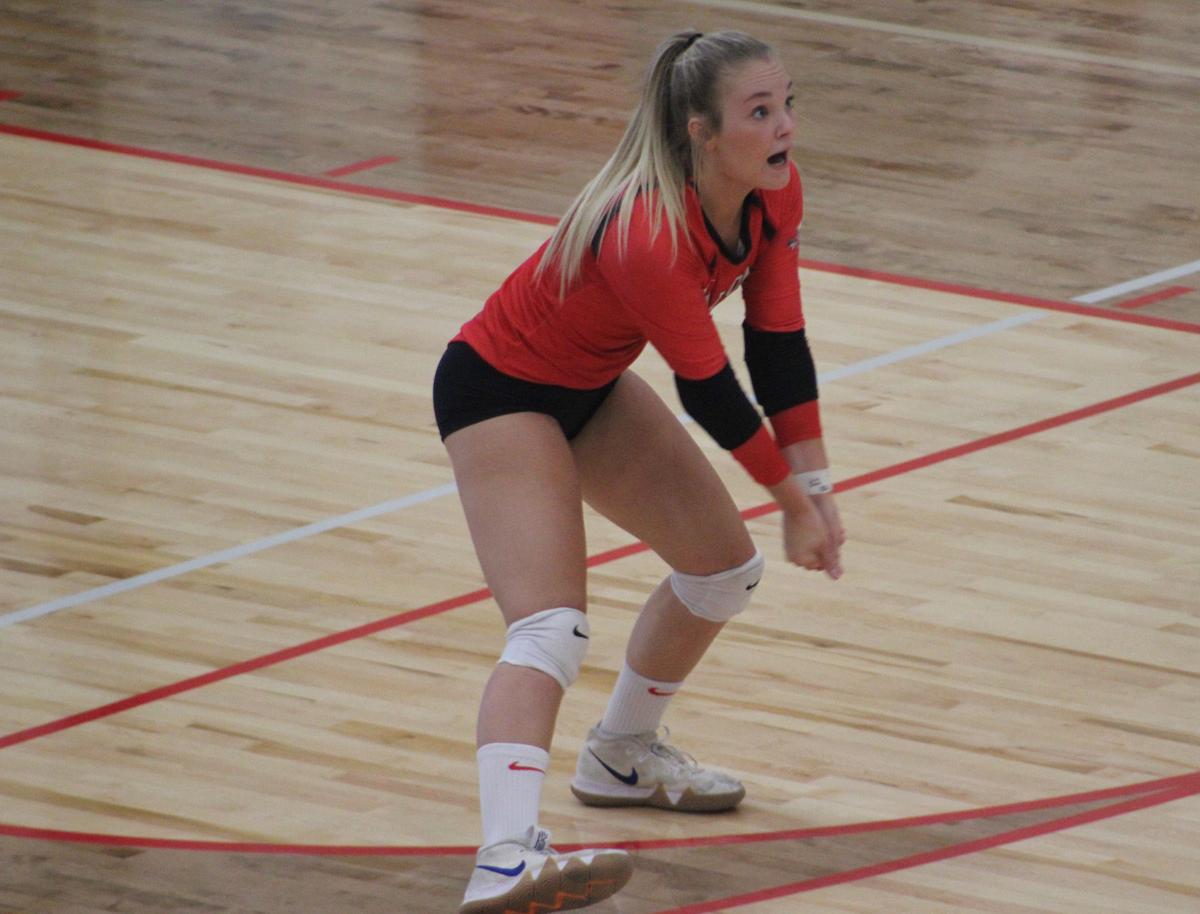 Walton's Paeton Stoner prepares for the ball against Roswell. 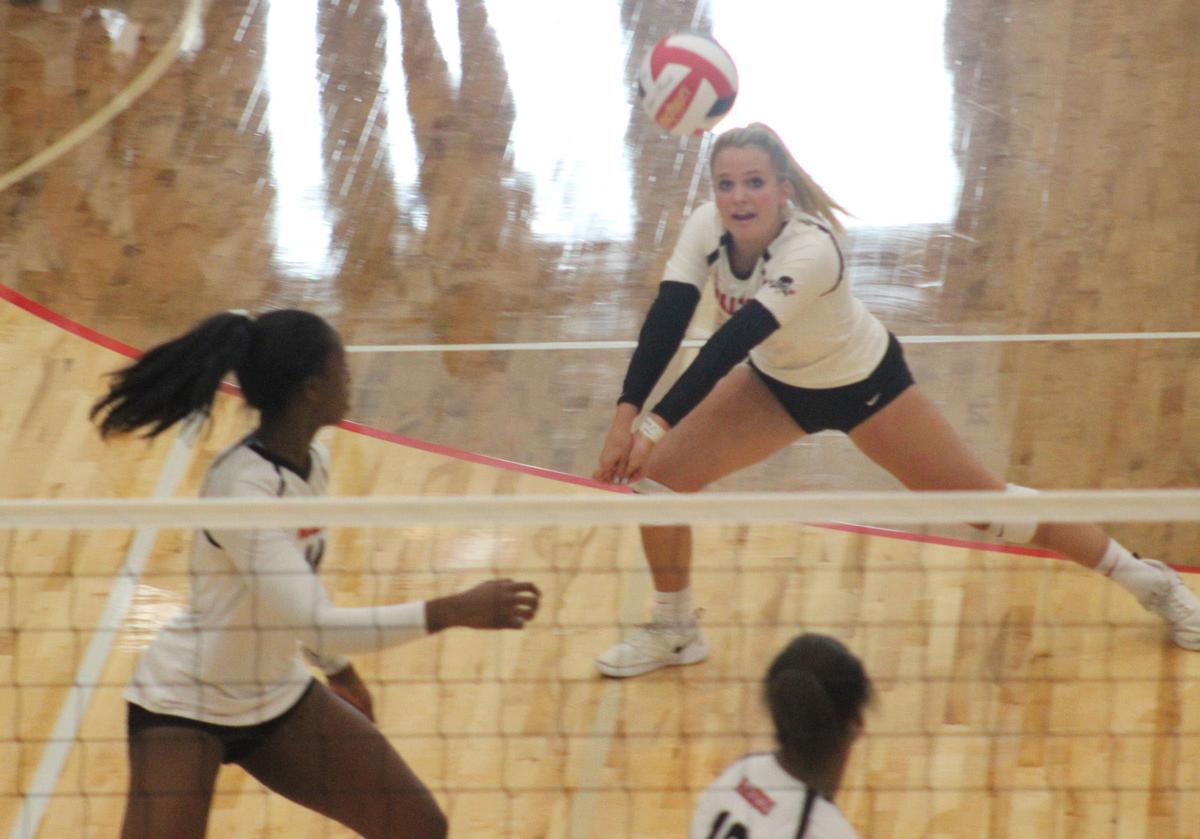 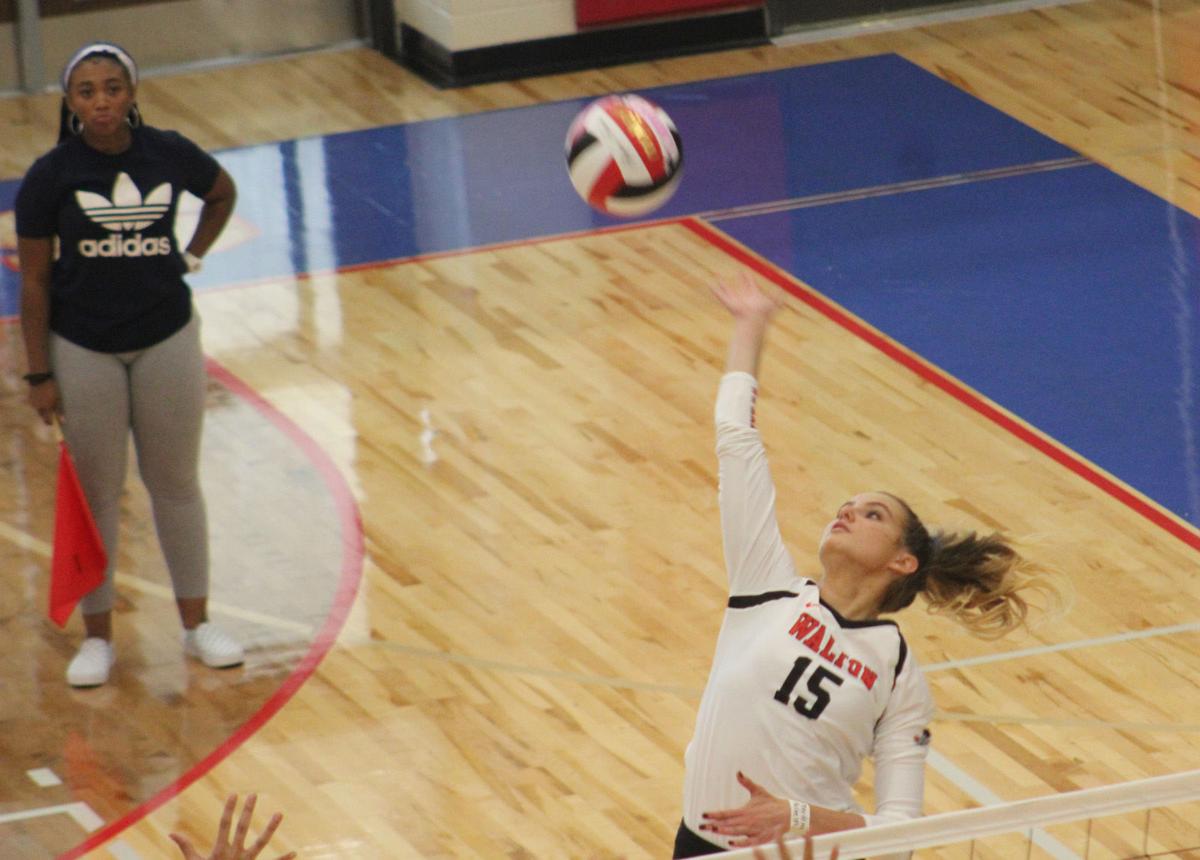 Walton's Sydney Barrett goes on the attack against Roswell. 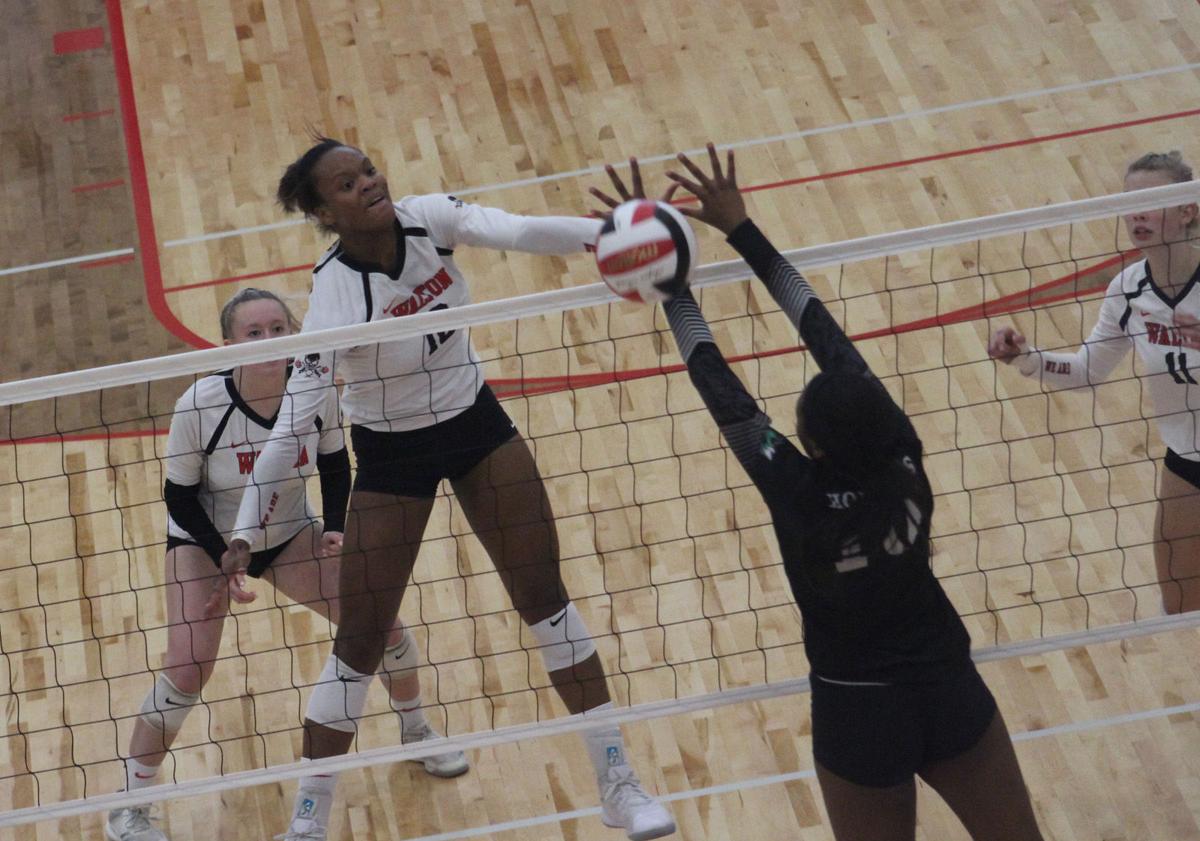 Walton's Chandler Parker goes on the attack against Roswell. 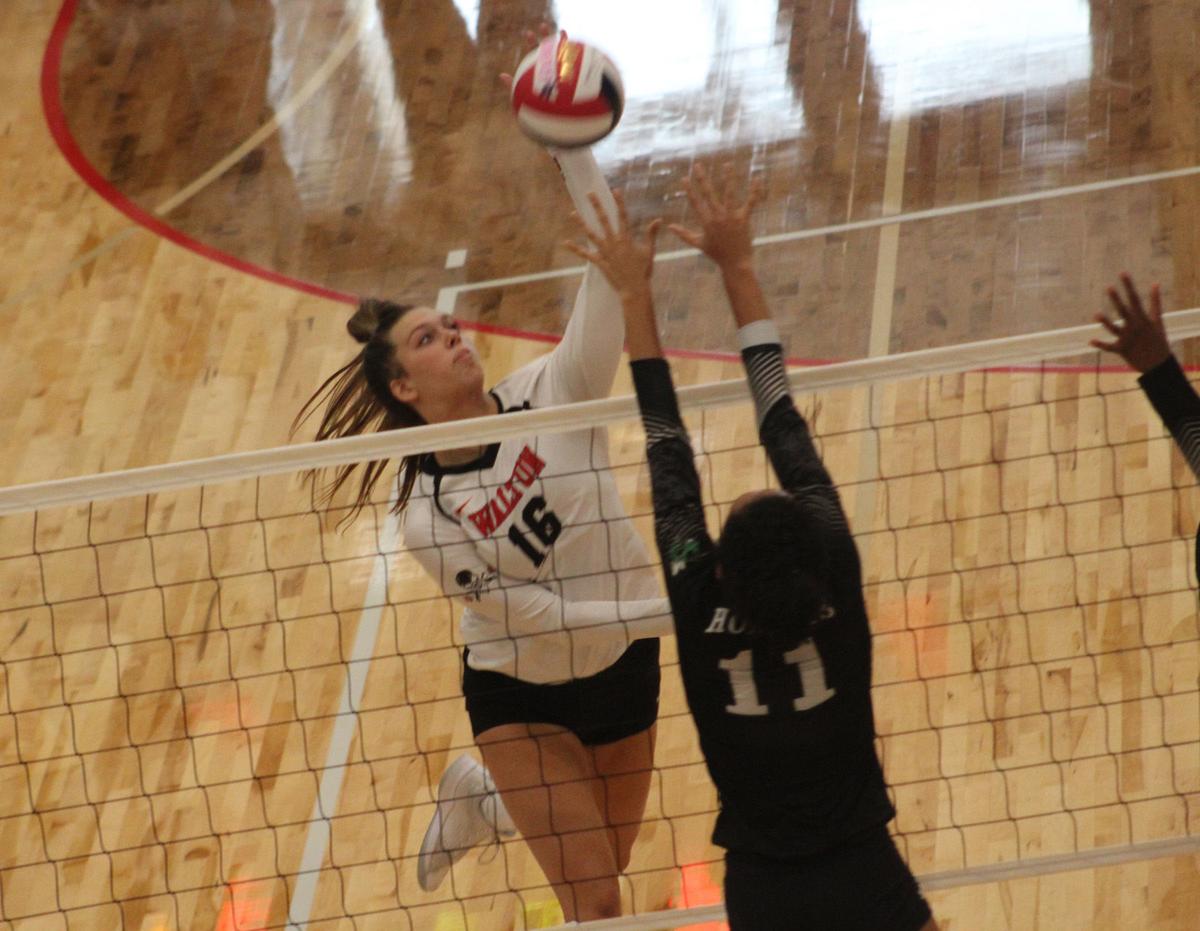 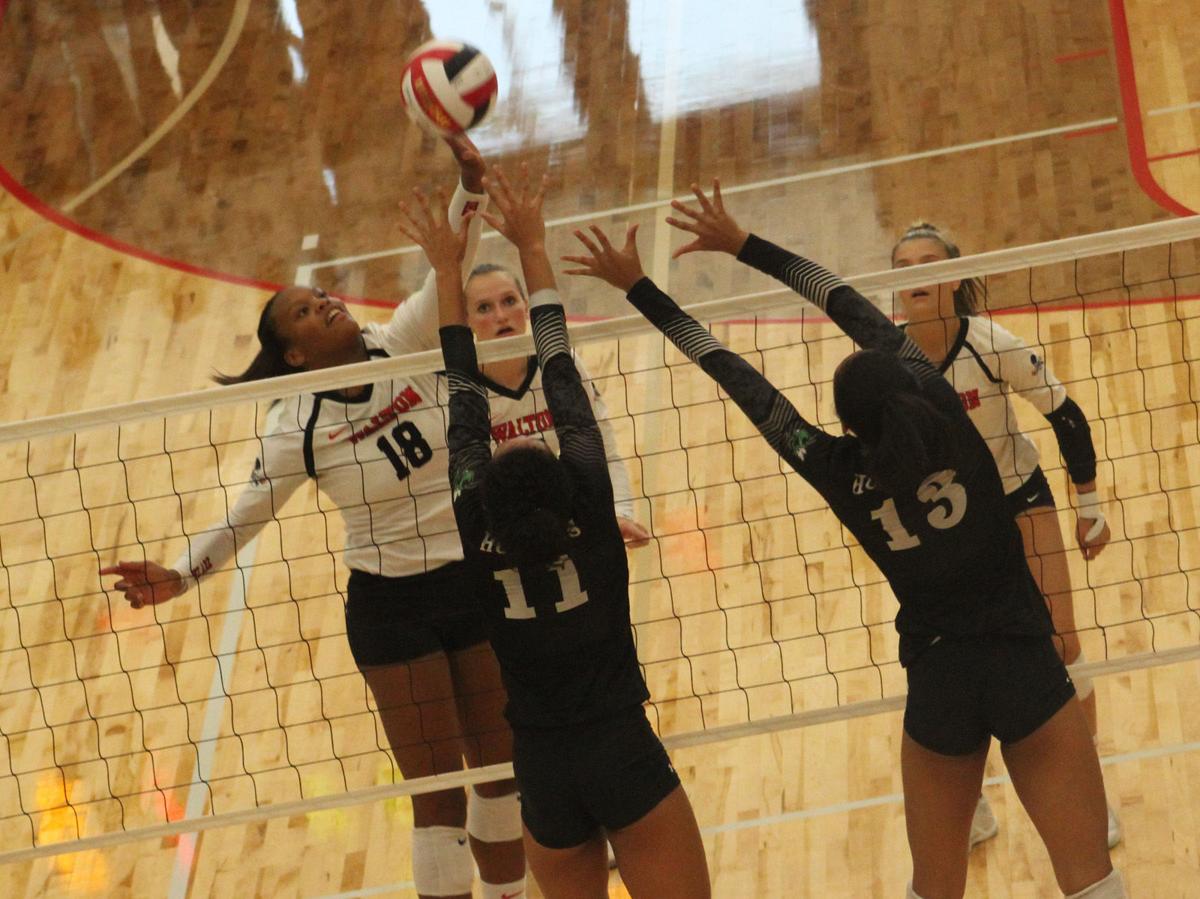 Walton's Phoebe Awoleye goes on the attack against Roswell.

Walton's Paeton Stoner prepares for the ball against Roswell.

Walton's Sydney Barrett goes on the attack against Roswell.

Walton's Chandler Parker goes on the attack against Roswell.

Madison Morey is still around. So is Emery Dupes.

The remaining 22 players on the Walton volleyball roster have had little to no varsity experience going into this season. Now, they are having to prove themselves capable of leading Walton (5-0) to a fifth straight state championship after graduating seven players now playing at Division I colleges.

“All of us miss the seniors -- no question,” Walton coach Suzanne Fitzgerald said. “At the same time, this year’s team kind of has the opportunity to prove some things to people. It’s not like we haven’t heard people talk about us and how we graduated such a strong class. All well and true, but we all know who had been training, regardless of having any playing time last season, and just waiting for their moment. Now’s the time.”

Walton does have two of the stronger defensive specialists in the nation in Morey and Dupes, who are committed to Virginia and Florida State, respectively.

It will also be up to the duo and Walton’s newer players to help preserve the program's streak of 101 straight victories against in-state opponents. The Lady Raiders' last loss to a Georgia opponent came against North Cobb in the second round of the state tournament in 2014.

That streak, however, was in jeopardy two weeks ago when reigning Class A/AA state semifinalist Hebron Christian came within one point of upsetting Walton in a five-setter.

Turns out that a few of the unfamiliar faces bailed the Lady Raiders out.

With Walton trailing 14-12 in the deciding fifth set, Phoebe Awoleye came through with a block to put the Lady Raiders' back on serve. Paeton Stoner’s aggressive serves threw Hebron out of position, which led to unforced errors, and Katie Strickland delivered the game-winning kill as Walton kept its in-state winning streak intact with a 25-13, 14-25, 25-21, 23-15, 16-14 victory on the road.

Of the three players who stepped up against Hebron, only Awoleye played sparingly last season. Strickland only appeared in six sets, and Stoner two.

Walton saw that its newer players can rise under pressure. Freshman Mary Neal led with 12 against Hebron, while new setter Ashleyn Goolsby dished out 32 assists.

Right-side hitters Elizabeth Curry and Lia Ekendahl also have had to wait their turns, and both were solid in a win over Cherokee to open Region 4AAAAAAA opener. Chandler Parker, another first-year starter, led Walton with 28 kills on the season going into Tuesday’s match against Roswell, and Kaye Gresham, a new face in the middle, was second behind Awoleye with nine blocks.

Morey and Dupes lead a group of nine players who are full-time defensive specialists and liberos. Dupes already has 50 digs on the season and leads the team with eight aces. Morey is second behind Dupes with 29 digs, while Stoner has 19.

“All nine of them love and adore each other and want each other to be successful,” Fitzgerald said. “All of those girls have special gifts, defensively, and they push each other every day in training. It is quite possibly one of the coolest things to watch.”

Report: Rome man kicked person and made them "fear for their life"