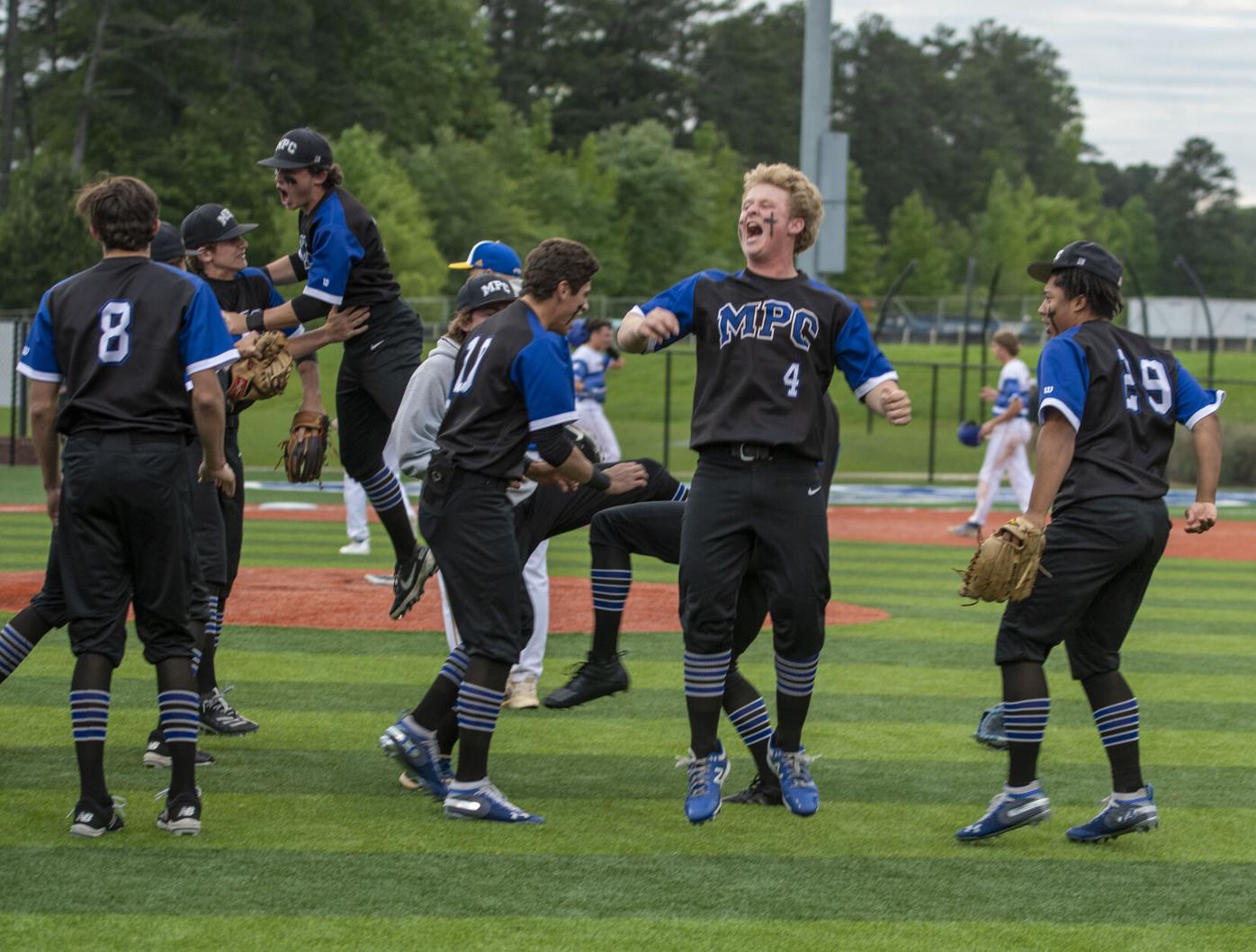 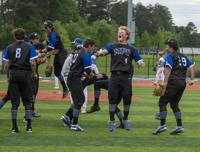 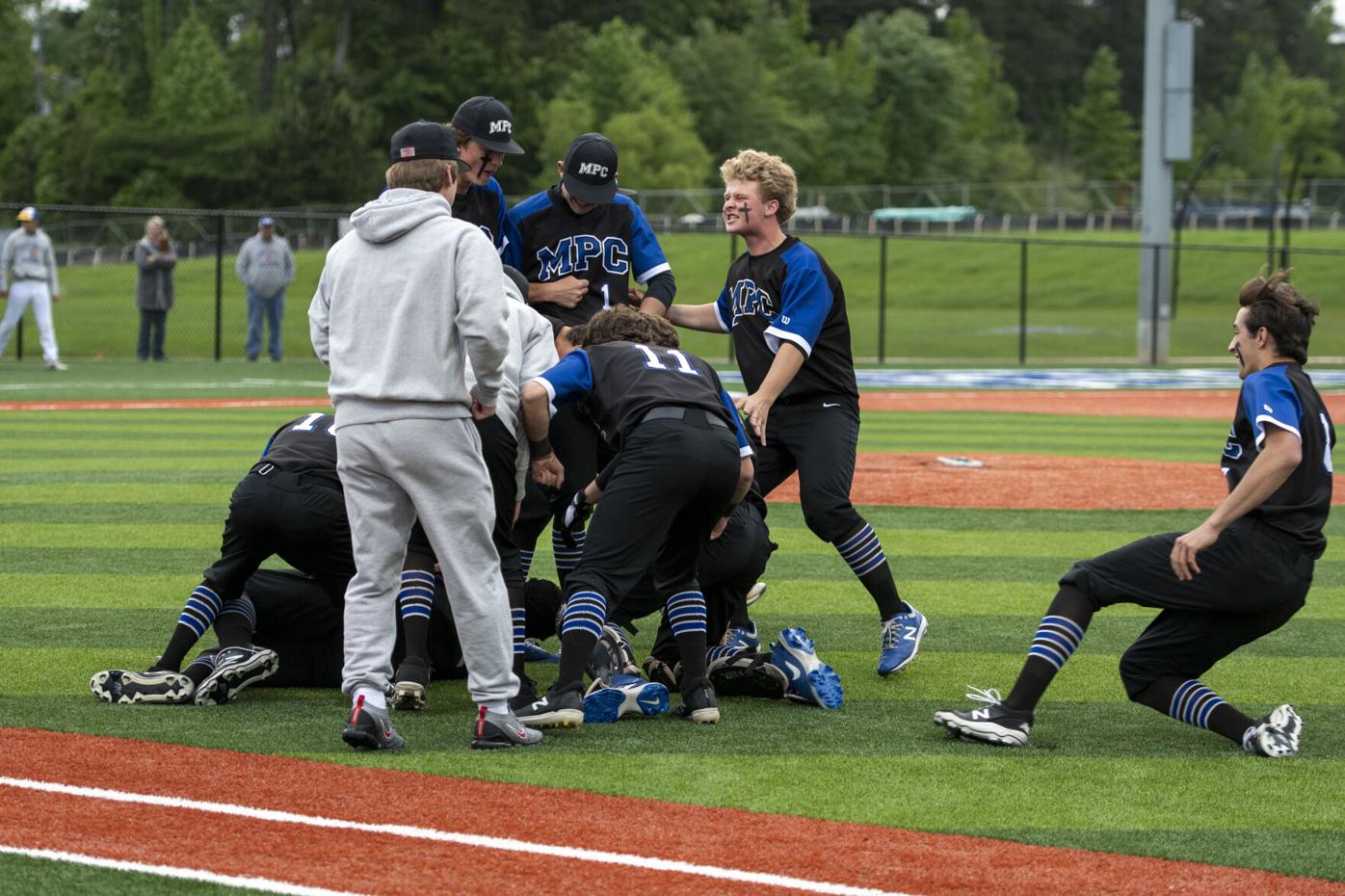 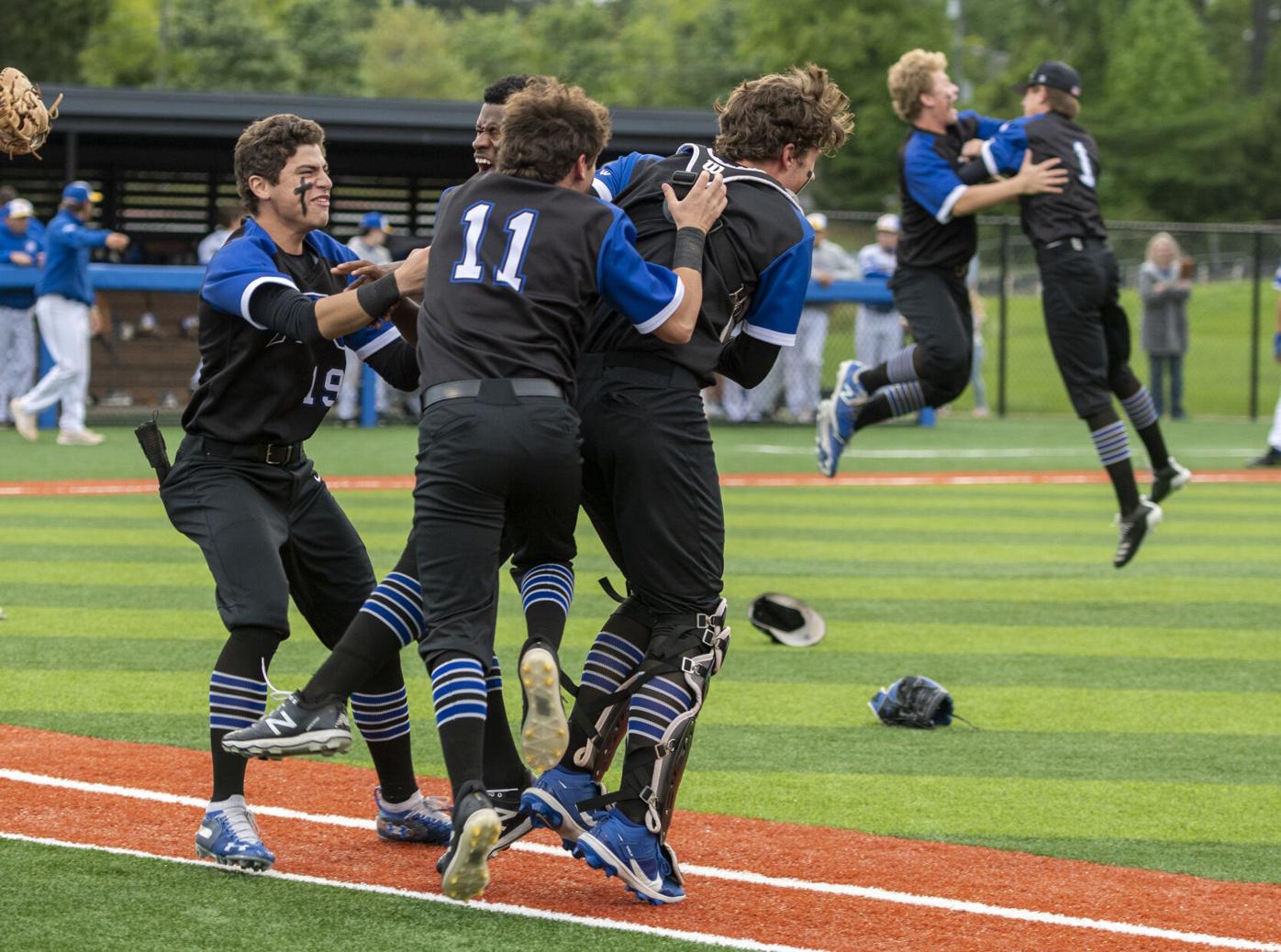 Above: Members of the Mount Paran Christian baseball team celebrate after beating Tattnall Square in Wednesday’s decisive third game of the Class A Private state quarterfinals. Below: Cam Collier, the Game 2 starter for Mount Paran on Monday, was called on to close the final game on the mound 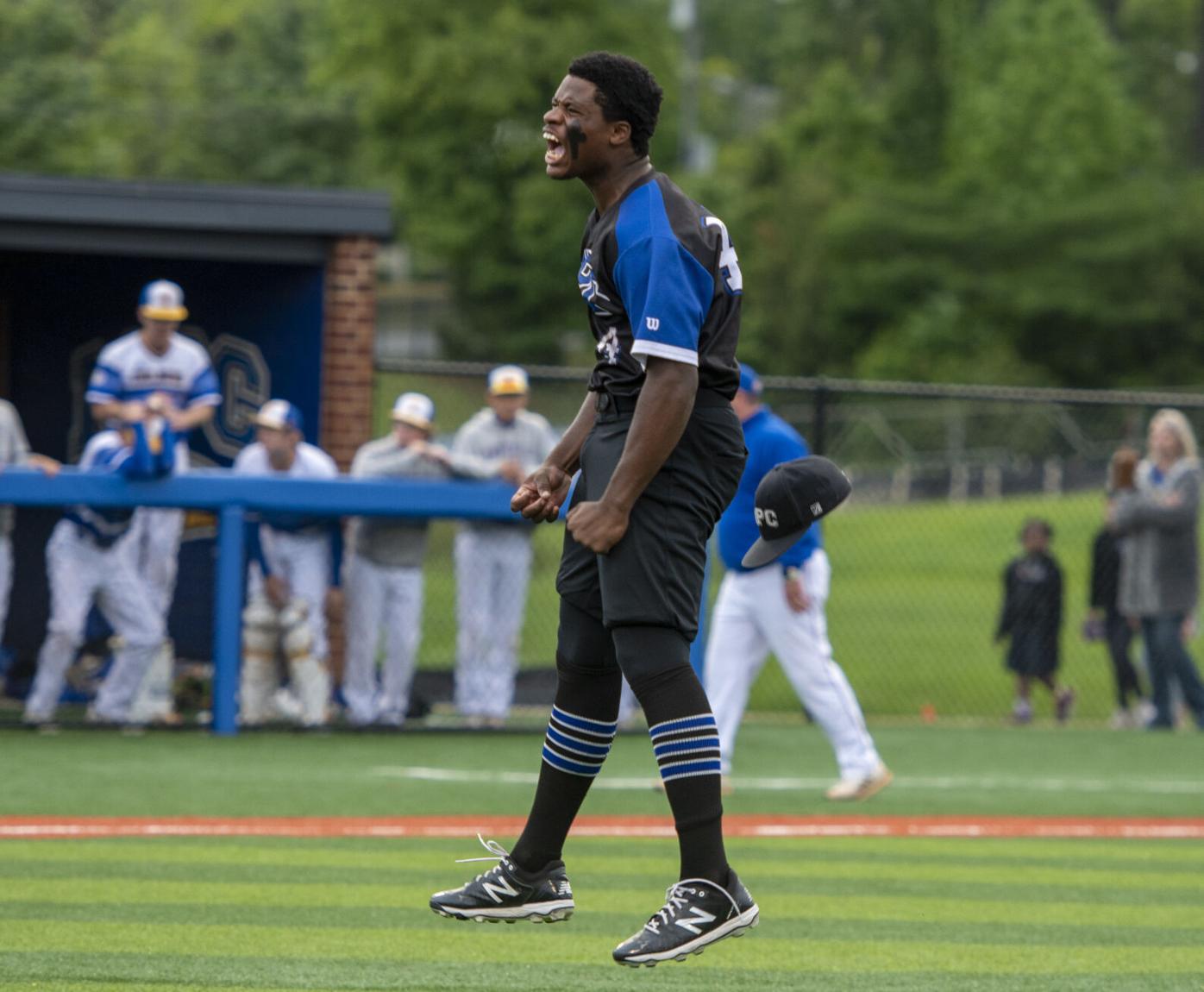 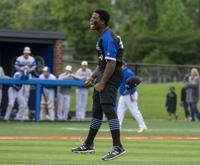 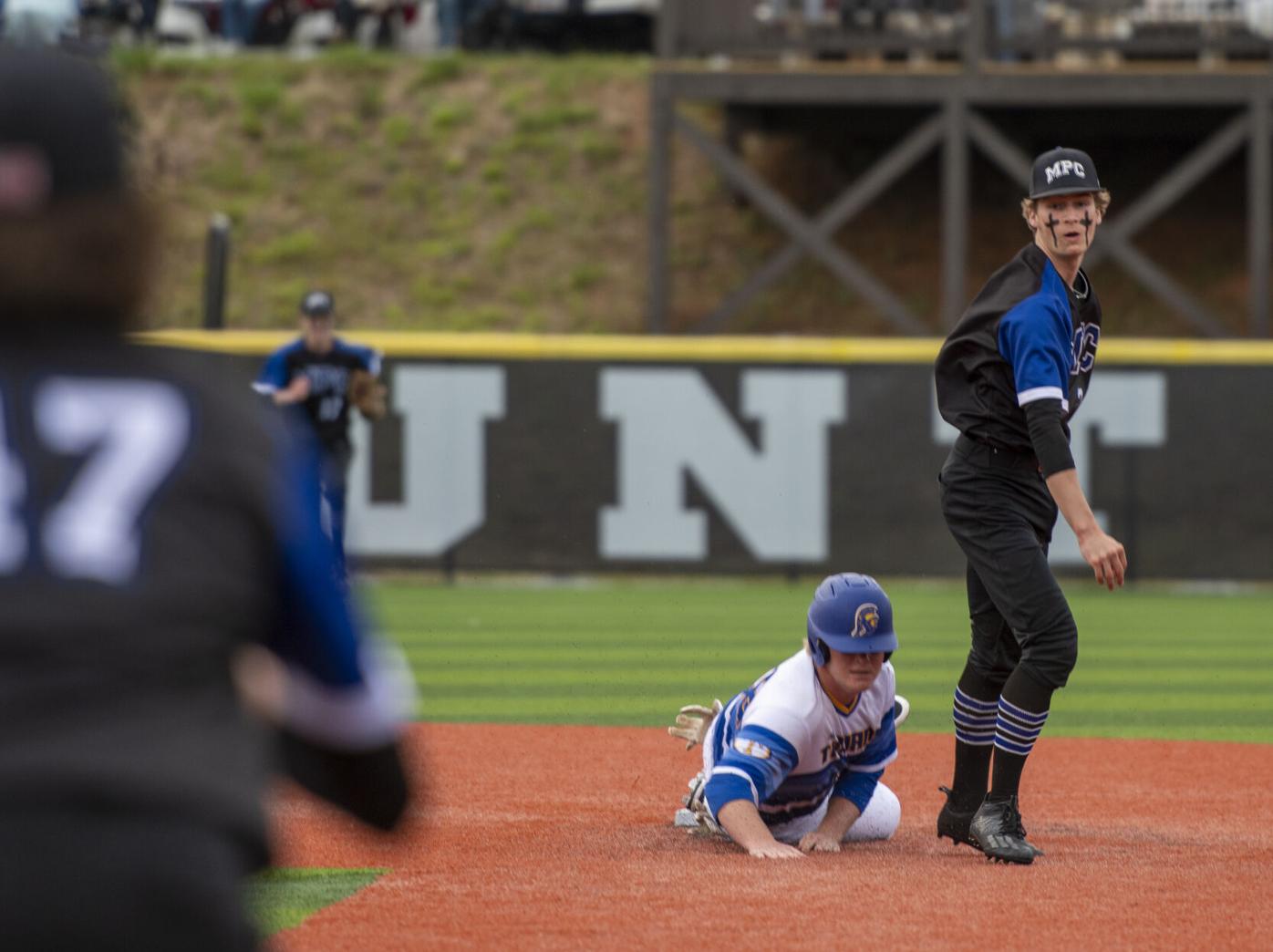 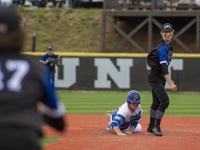 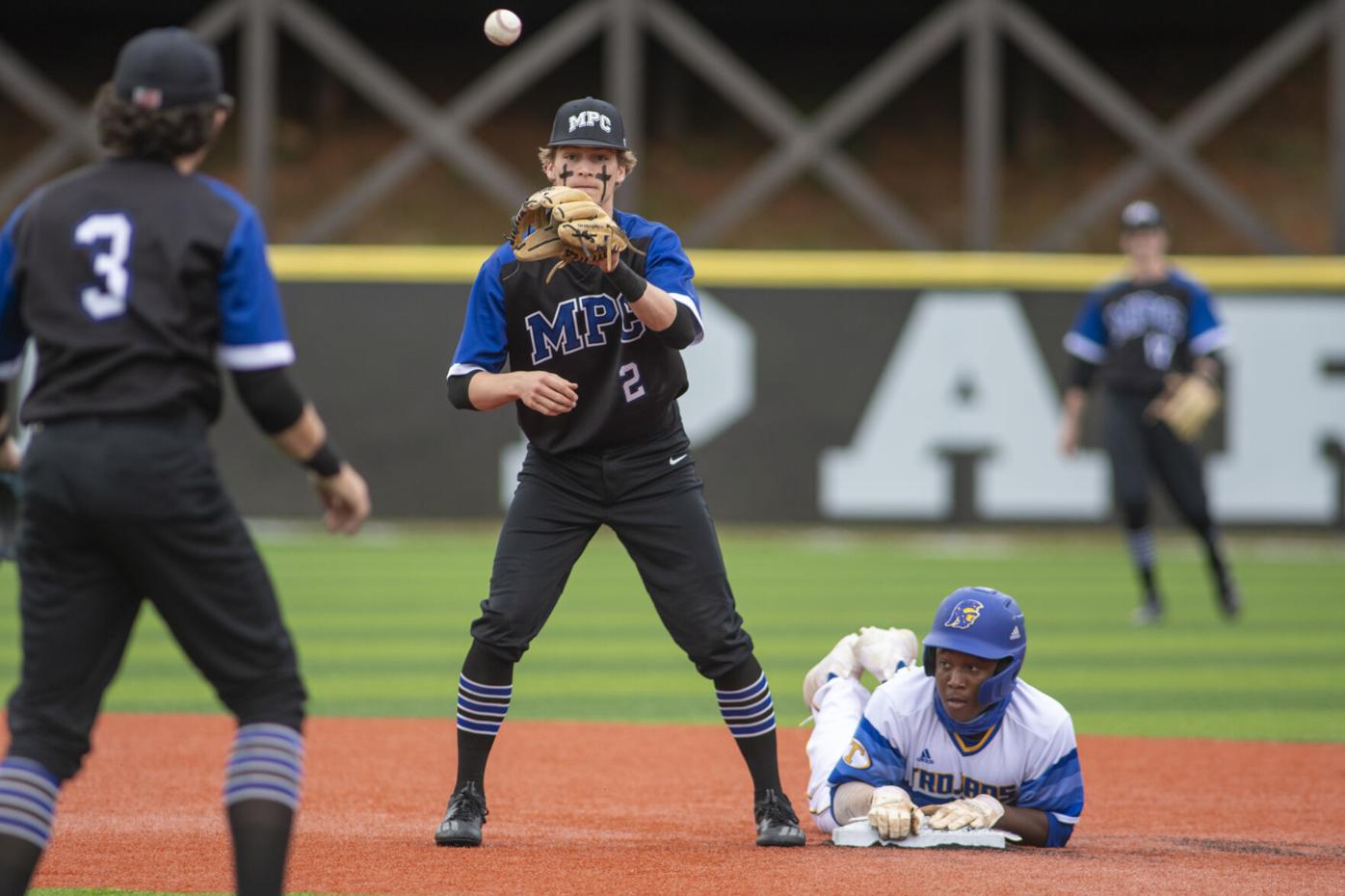 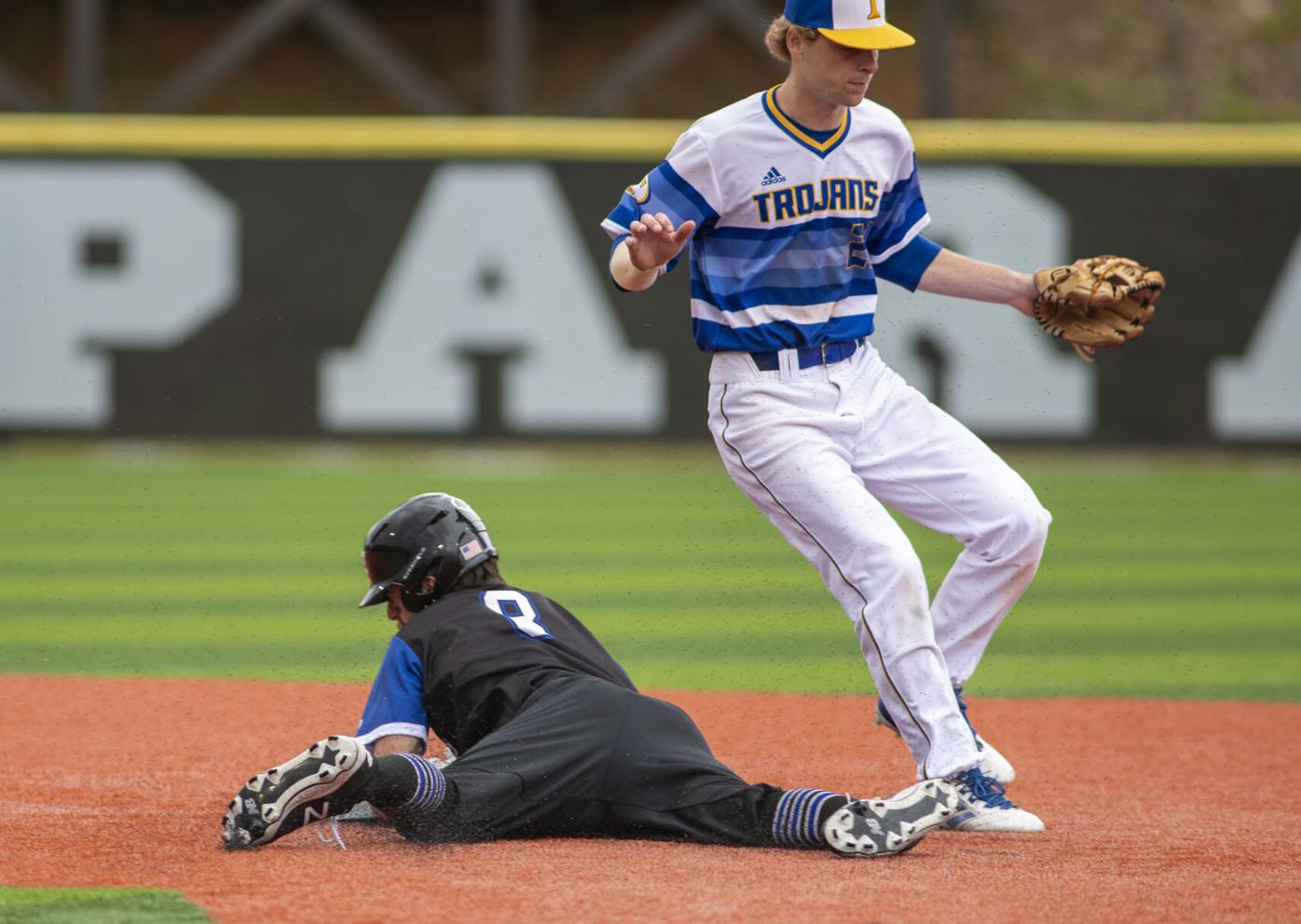 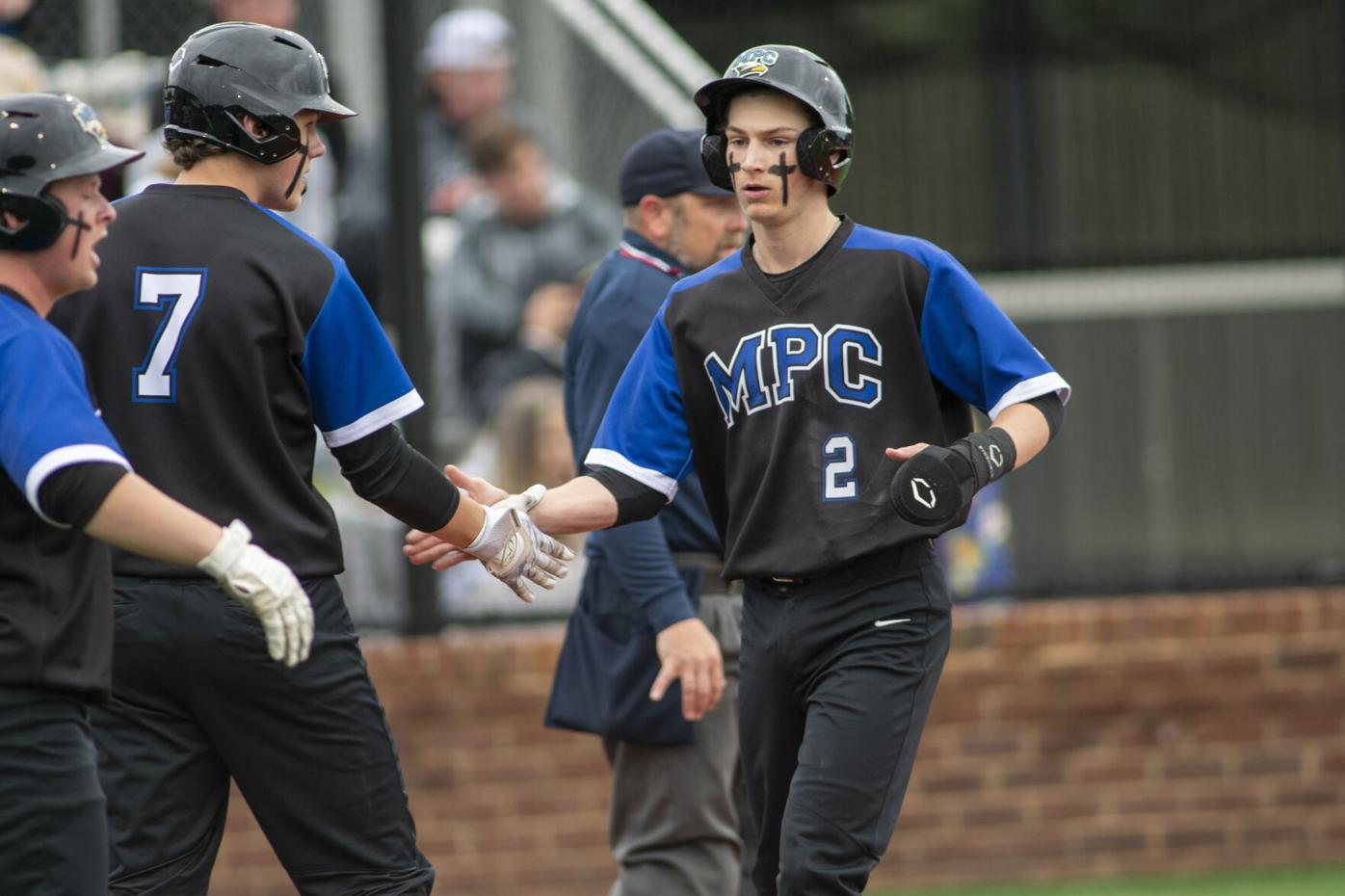 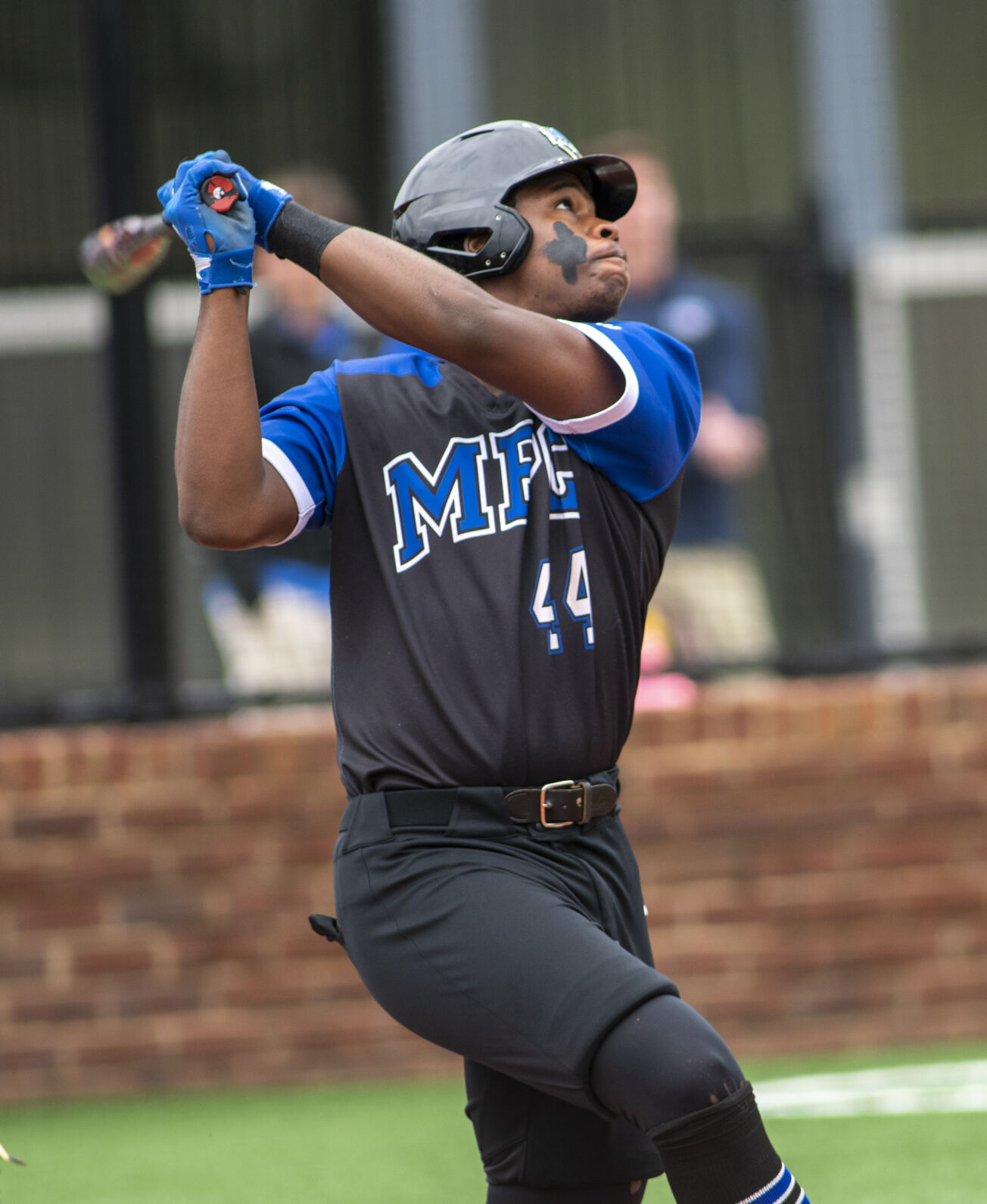 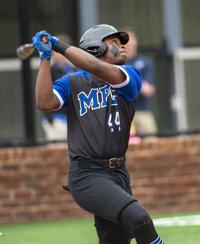 The bat and the pitching arm of Cam Collier will be key Friday as Mount Paran Christian opens the Class A Private championship series against a talent-rich Wesleyan team at Coolray Field in Lawwrenceville.

Above: Members of the Mount Paran Christian baseball team celebrate after beating Tattnall Square in Wednesday’s decisive third game of the Class A Private state quarterfinals. Below: Cam Collier, the Game 2 starter for Mount Paran on Monday, was called on to close the final game on the mound

The bat and the pitching arm of Cam Collier will be key Friday as Mount Paran Christian opens the Class A Private championship series against a talent-rich Wesleyan team at Coolray Field in Lawwrenceville.

KENNESAW — With Mount Paran Christian’s success in the early rounds of the state playoffs, it had been nearly a month since Tate McKee had started a game.

McKee was sharp from the first batter and pitched six strong innings to help lead the Eagles to a 5-4 victory over Tattnall Square on Wednesday, and the program’s first Class A Private state semifinal appearance since 2014.

It also kept the two-time defending state champion Trojans (24-5) from making their sixth straight trip to the final four.

“He was lights-out,” Mount Paran coach Kyle Reese said of McKee. “When you go to a Game 3 and get that kind of performance, you can’t say enough. If you make pitches, you are going to the final four. If not, season’s over and you are flipping hamburgers.”

McKee allowed only two earned runs, struck out eight and had only one bad inning.

In the fourth, Russ Miller led off with a home run, while Cooper McMullen and D.J. Willis followed with hits. With one out, an error allowed McMullen to score, and then Clay Rowland brought in Willis with an RBI double. McKee got out of the inning by inducing a ground ball to second to end the inning with a 5-4 lead.

McKee kept Tattnall Square off the scoreboard in the fifth and sixth before turning the game over to Cam Collier to get the last three outs.

Collier had thrown a 92-pitch complete game to win Game 2 on Monday and had 28 pitches remaining before reaching the Georgia High School Association’s weekly limit. There were other possible arms available in the bullpen, but Reese said he heard everything he needed to make the decision when he looked at Collier.

It was not without its anxious moments, but Collier got the job done.

He got a popout on the first pitch, then hit Hunter Alexander. Carter Fink walked, and then after getting a strikeout, McMullen walked to load the bases. With a 2-2 count, Collier got a fastball past Willis for strike three to end the game.

“That’s what it’s supposed to be like this time of year,” Reese said. “Two good baseball teams.”

Mount Paran (25-4) will travel to Fellowship Christian on Saturday to start the series with a 1:30 p.m. doubleheader. If necessary, a third game would be Monday at 4:30 p.m.

Considering the Eagles do not have a single senior in the starting lineup, Reese is enjoying watching his young squad grow.

“It’s huge,” he said. “They’re in some new territory when it comes to pressure. You can’t simulate a Game 3 in the state quarterfinals. You have to live through that.”

The whole squad was loose coming into the game, and after McKee got Tattnall Square out 1-2-3 in the first, the offense got all the runs it needed in the first two innings.

Alex Adams started the first with a walk and Collier followed with a double to left. After Jake Tucker brought in Adams with a grounder to first, Tyler Minnick brought home Collier with a single to left. Minnick eventually came around to score on a single by Luke Dotson.

In the second inning, Kyle Crisp and Adams singled and both scored on Tucker’s two-out, two-run double to center that just missed being a home run.

From that point on, Mount Paran’s bats went cold, getting only four hits the rest of the way. The Eagles had chances to blow the game open in the third and the fourth innings but left the bases loaded both times.

Mount Paran, however, may have been on the end of a bad call that cost it at least one run.

With the bases loaded and one out in the third, Reese put on a squeeze play to try to score Dotson from third. Crisp put down the bunt in front of the mound forcing Fink, Tattnall Square’s starting pitcher, to field the ball and toss it to the catcher in one motion. Dotson appeared to avoid the tag, but was called out on the bang-bang play.

Nick Germain followed with an infield single to deep shortstop before Tattnall Square got out of the inning.