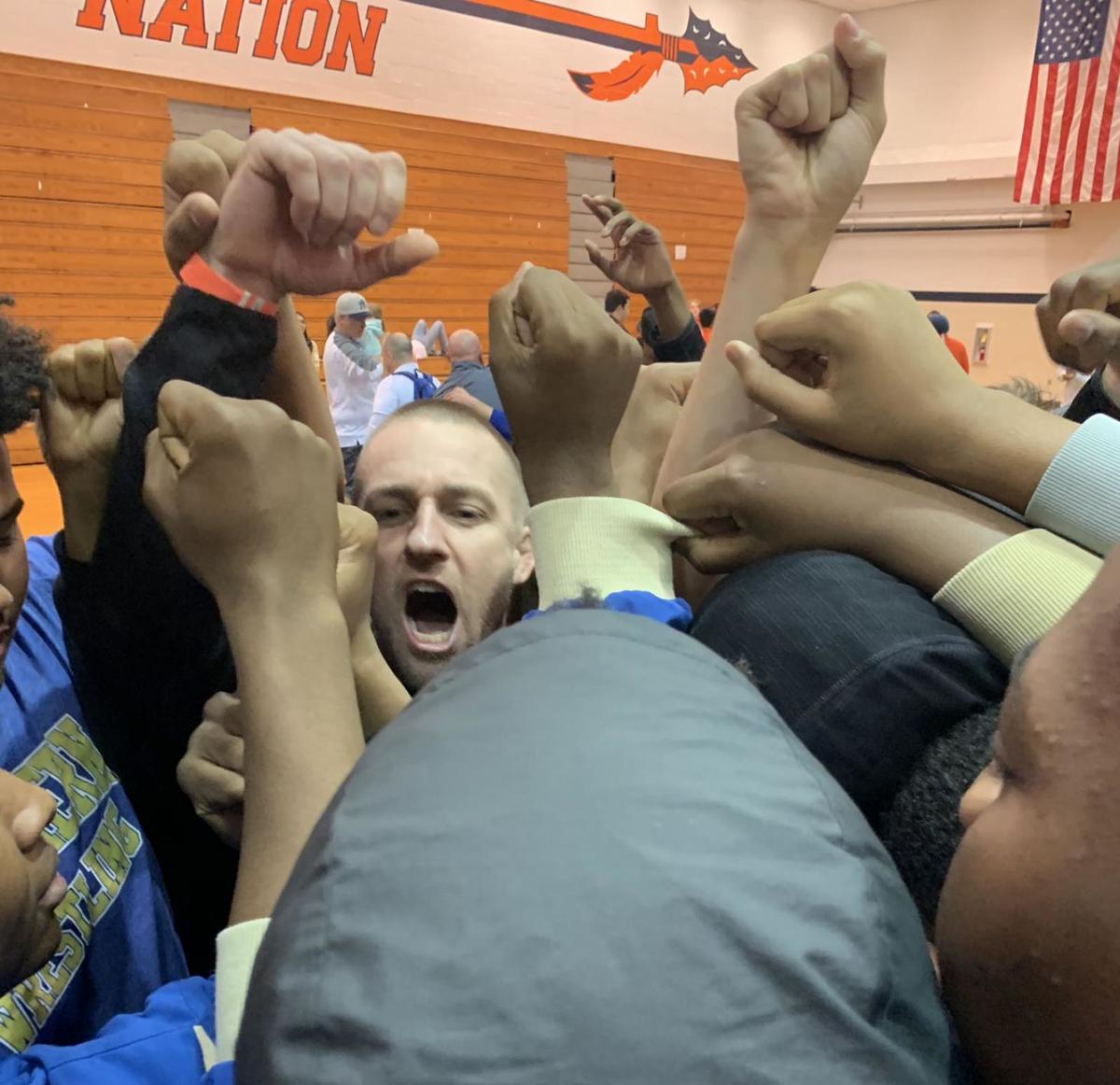 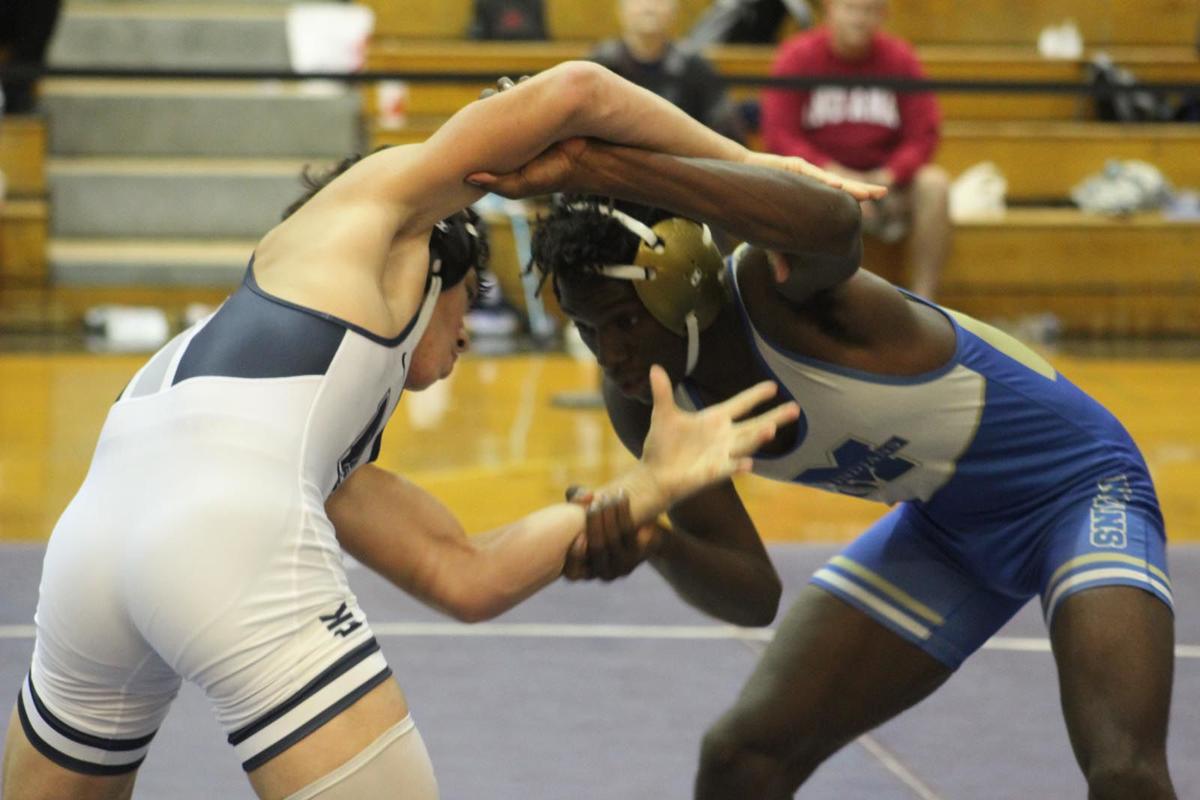 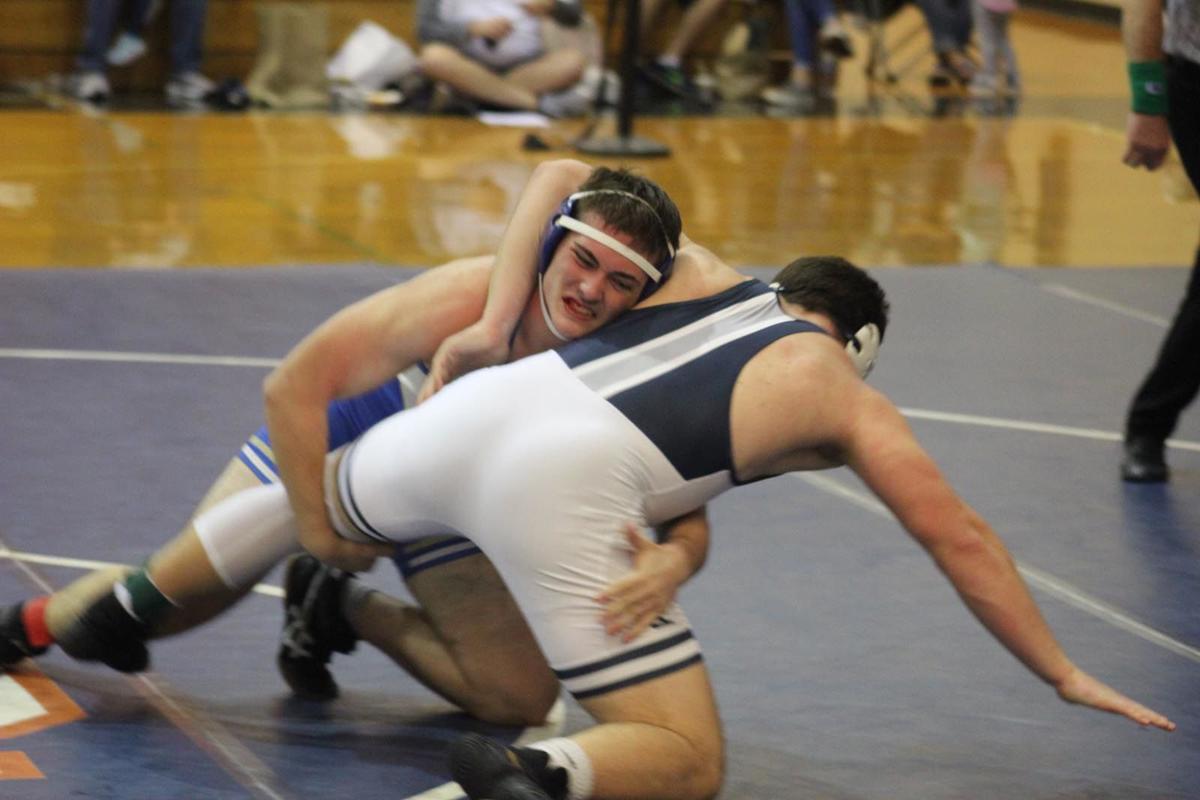 KENNESAW — McEachern’s upper-weight wrestlers made a statement in helping the Indians defend their Region 3AAAAAAA duals championship with a 38-24 win over North Paulding on Saturday at North Cobb.

The Indians, who won their second straight title following a seven-year drought, also beat North Paulding in last year’s final. Just like a year ago, North Paulding and Hillgrove wrestled for true second, with the Wolfpack prevailing 44-29 over the Hawks.

McEachern and North Paulding will again represent the region in the Class AAAAAAA state duals, which begin Thursday at the Macon Coliseum.

“I’m so proud of my guys, man. They really stepped up,” McEachern coach Cory Newsome said. “We lost to (North Paulding) in December, and they just used that as motivation. I’m so proud of them. They wrestled their butts off.”

The championship round started with arguably the best match, with McEachern’s Darrius Smith and North Paulding’s Matt Veiga facing off at 160 pounds. Smith was down 7-2 at the end of the first period before mounting an impressive comeback to tie it at 9-all. Veiga, however, responded with three unanswered points late to win 12-9.

North Paulding’s Kyle Cline then pinned Obina Ozor in 25 seconds at 170, putting the Indians in a hole, but McEachern’s big boys dug them out quickly.

The reversal in fortunes began when North Paulding’s Mason Landrum was disqualified for stalling at 182, handing Levi Snyder a victory.

“We needed big wins from our heavyweights,” Newsome said. “We needed pins and went out and got them. We did exactly what we asked. They’re awesome kids. I’m so proud of them.”

McEachern’s lower weights picked up where the upper weights left off. Kris Wilson (106) and Shamaad Price (113) both won major decisions, and Shamani Price (120) was in a tight match with Trent Williams before pulling out a pin with 3:54 left.

Ahead by 28 points going into the middle-weight matches, McEachern’s win was secured.

Facing Hillgrove for true second, North Paulding had an easier time against a younger Hillgrove squad, taking advantage of the Hawks’ inexperience at middleweights.

“I think we wrestled well,” North Paulding coach Ethan Slate said. “Obviously, in some key spots, we didn’t get the job done, but I’m proud of the effort the guys gave.”

Hillgrove, though, did not have enough in the lower and middle weights, with Connor Powell (120) the Hawks’ only remaining win.