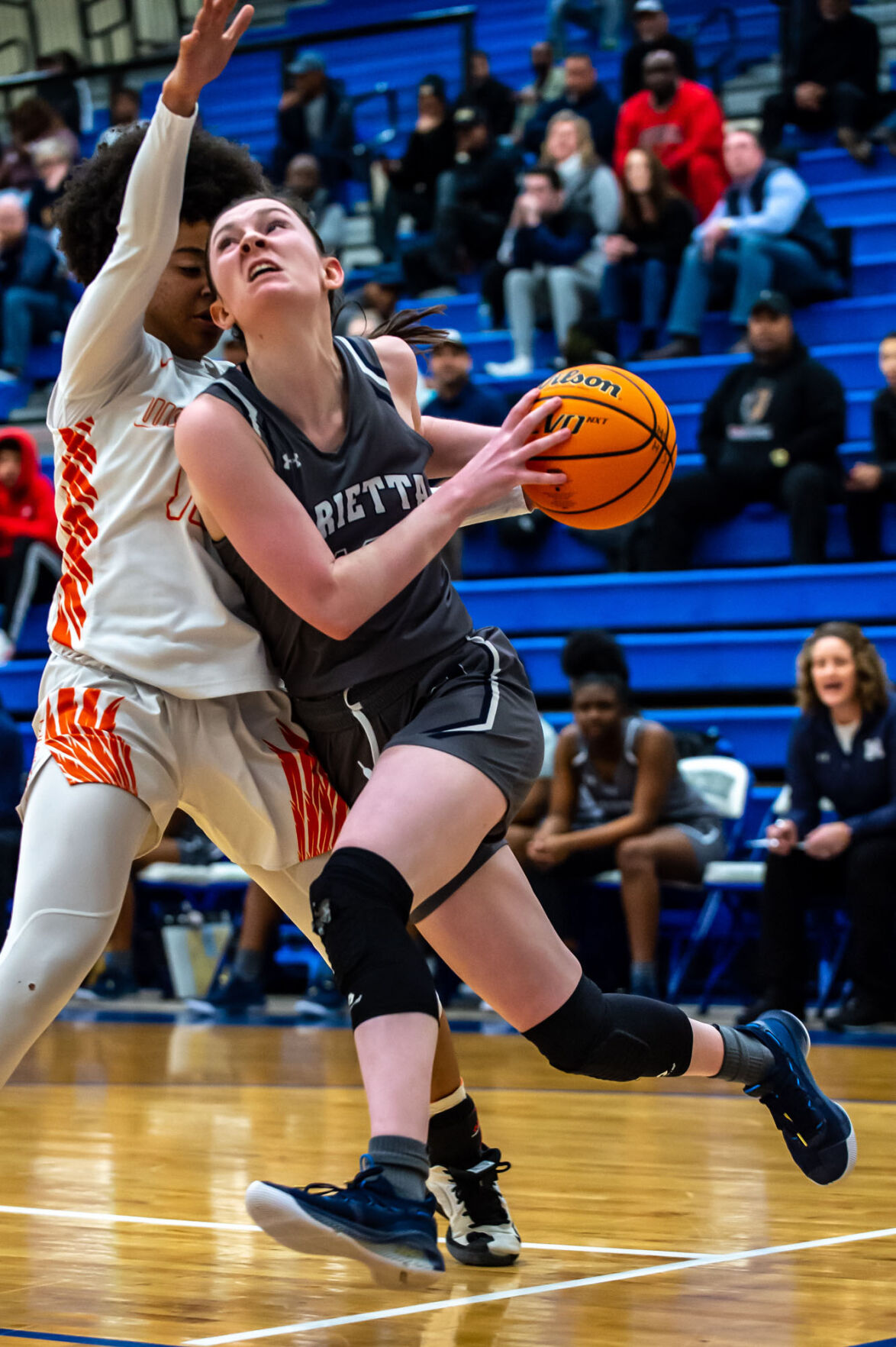 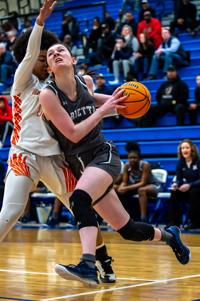 Marietta senior Lauren Walker recently passed the 1,000-point mark for her career and could reach 1,000 rebounds before the end of the month. 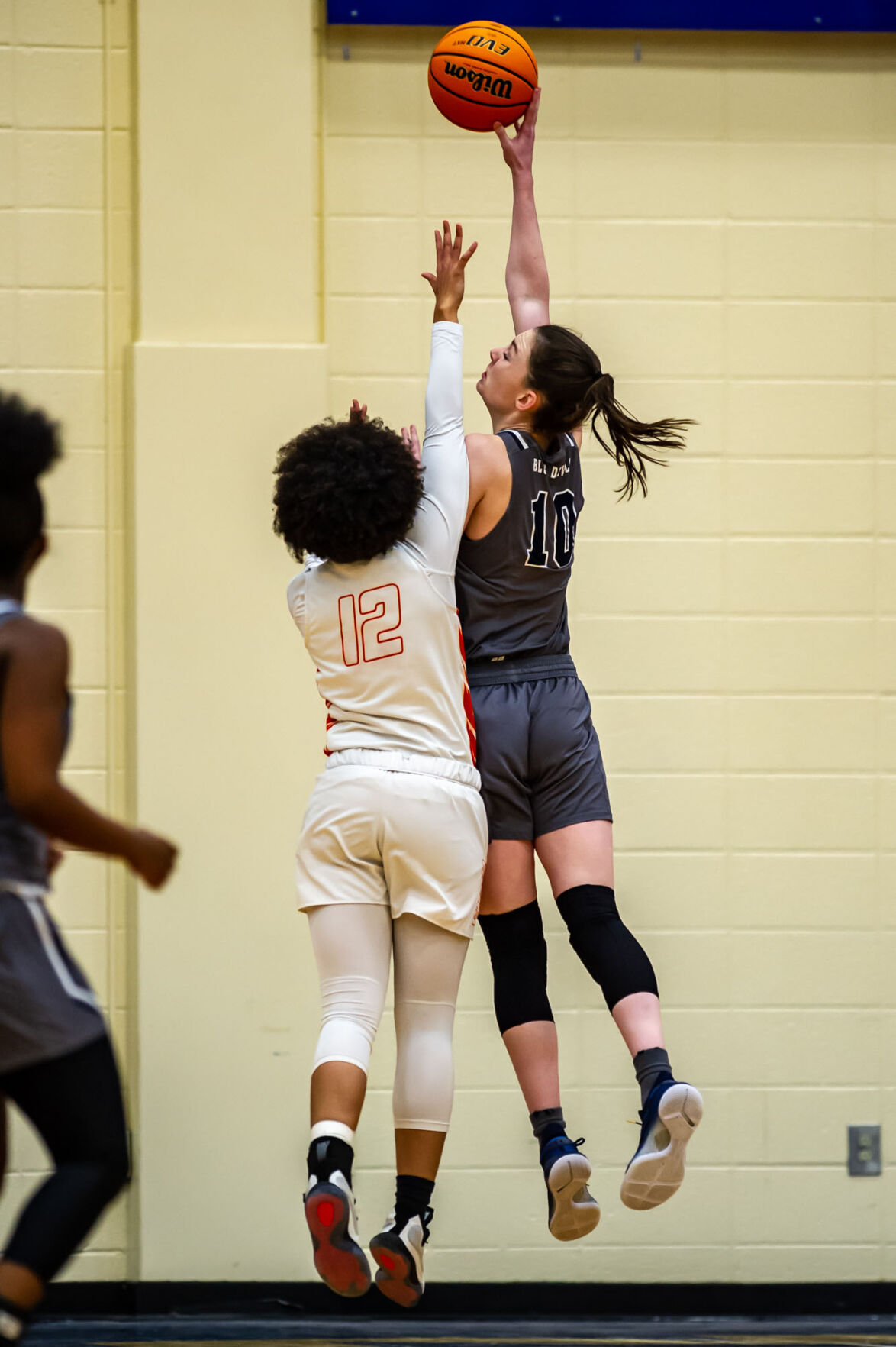 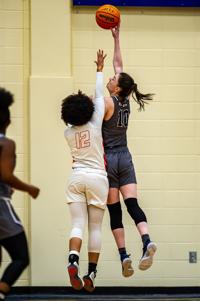 Despite a game-high 21-point effort from Lauren Walker, right, Marietta was unable to keep North Paulding in check Tuesday.

Marietta senior Lauren Walker recently passed the 1,000-point mark for her career and could reach 1,000 rebounds before the end of the month.

Despite a game-high 21-point effort from Lauren Walker, right, Marietta was unable to keep North Paulding in check Tuesday.

Marietta forward Lauren Walker said it was always a goal to score 1,000 points as a Lady Blue Devil.

With the 13th point of her game against North Cobb last Friday, she achieved it.

Walker reached the mark with a layup off a missed shot in the second quarter. She went on to score 17 points and pull down 12 rebounds in Marietta’s 54-35 victory over North Cobb.

By reaching the 1,000-point mark, Walker joined other past standouts such as former Georgia star Angel Robinson and current Mississippi guard Taylor Smith, among others, to reach the milestone.

Coach Derrick DeWitt said the team knew exactly how many points Walker needed, and when she scored the necessary points, he wanted to make sure Walker got to appreciate the moment.

“I called time out,” DeWitt said. “We stopped the game to give her some Marietta love.”

It was a move Walker appreciated.

“My whole family was there,” she said. “It made it a little more special.”

Walker, a 6-foot-2 senior, will continue her basketball career next season at Michigan State, and DeWitt said the Spartans will be getting an outstanding all-around player.

“Her free-throw shooting has really improved (this year), as well as her communication. She’s really worked on being a leader.” DeWitt said. “She’s also put an emphasis on getting to the basket, and by doing that, it is opening up opportunities for her 3-point shot.”

Entering Tuesday, Walker was averaging 17.7 points and 10.1 rebounds per game, posting season highs against River Ridge in both points (25) and rebounds (19).

Already this season she has had six double-digit rebound games, which means she may be only five or six games away from reaching another significant milestone — 1,000 rebounds. Heading into Tuesday’s Region 3AAAAAAA game against Walton, Walker was only 56 rebounds away from joining the 1,000-point, 1,000-rebound club.

If she keeps her current average, Walker will reach 1,000 rebounds when Marietta makes the return trip North Cobb on Jan. 26.

Until this week, Walker didn’t know she was approaching the rebound mark.

“I have some amazing teammates and coaches who (are helping) me reach this milestone,” she said.