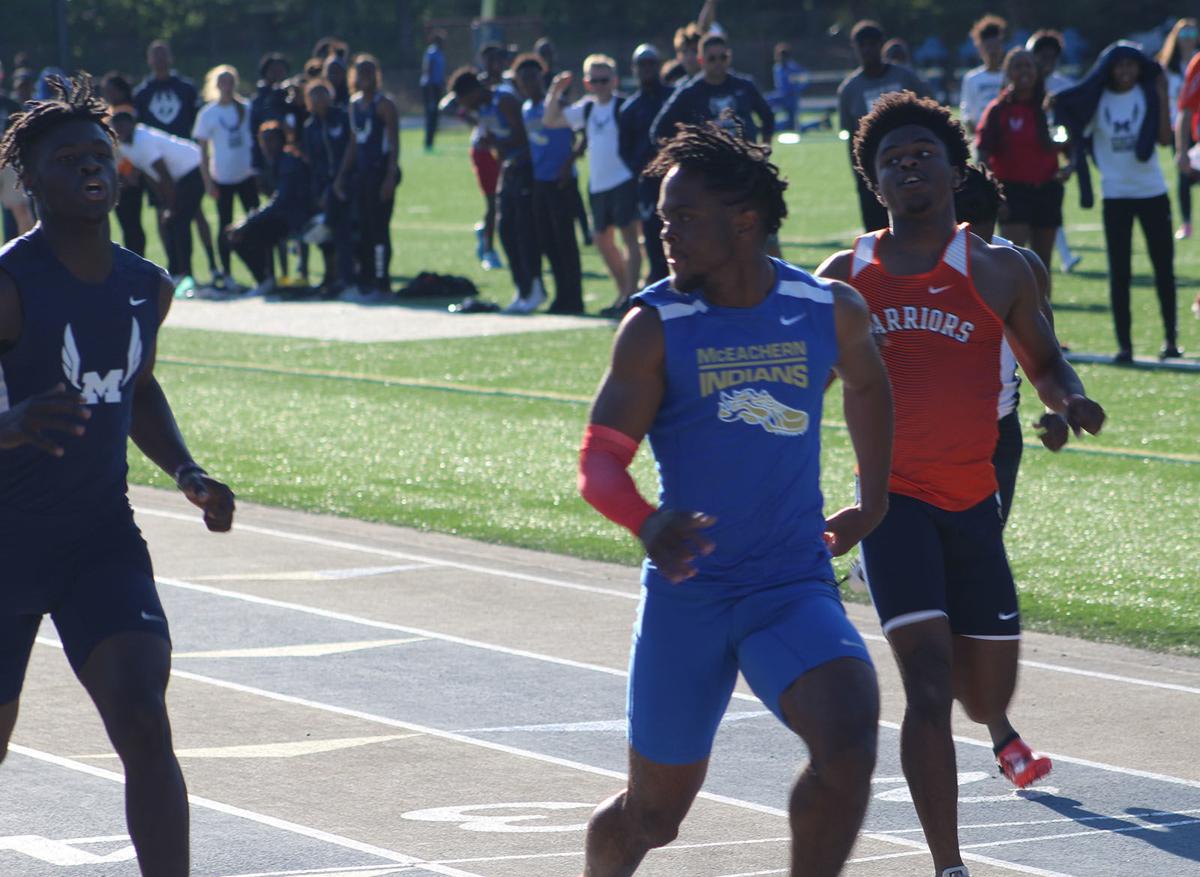 McEachern's Ja'Leak Perry looks back after winning the 100-meter dash at the Region 3AAAAAAA championships. 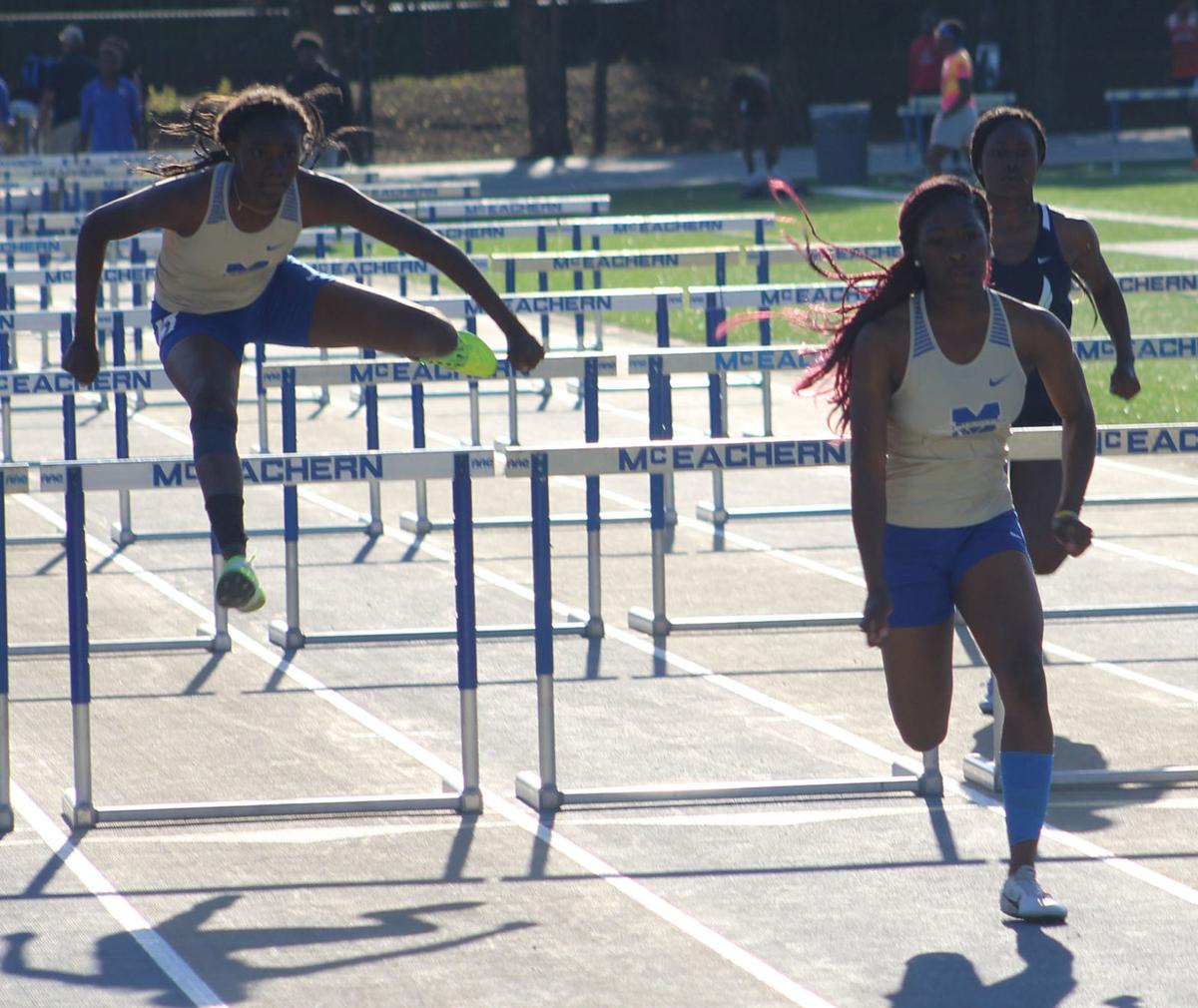 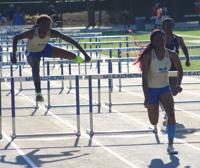 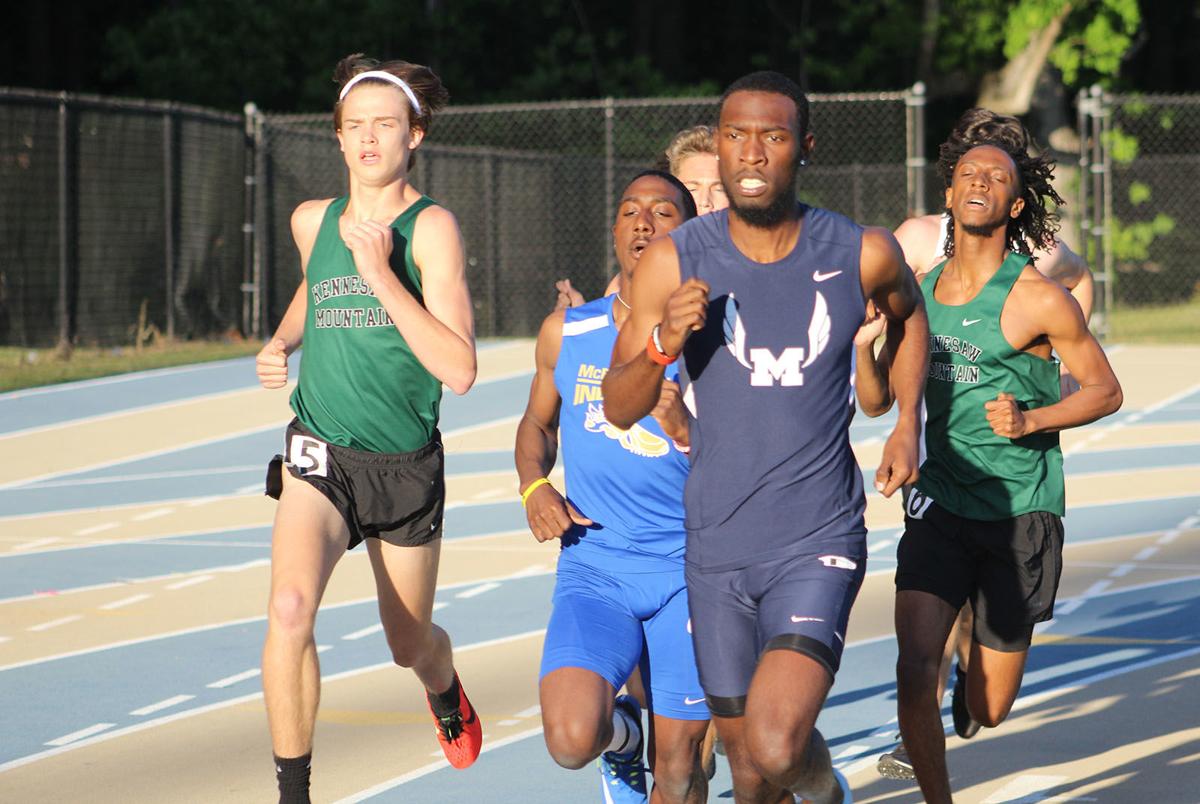 Marietta's Jarel Terry leads the pack to win the 800 at the Region 3AAAAAAA championships. 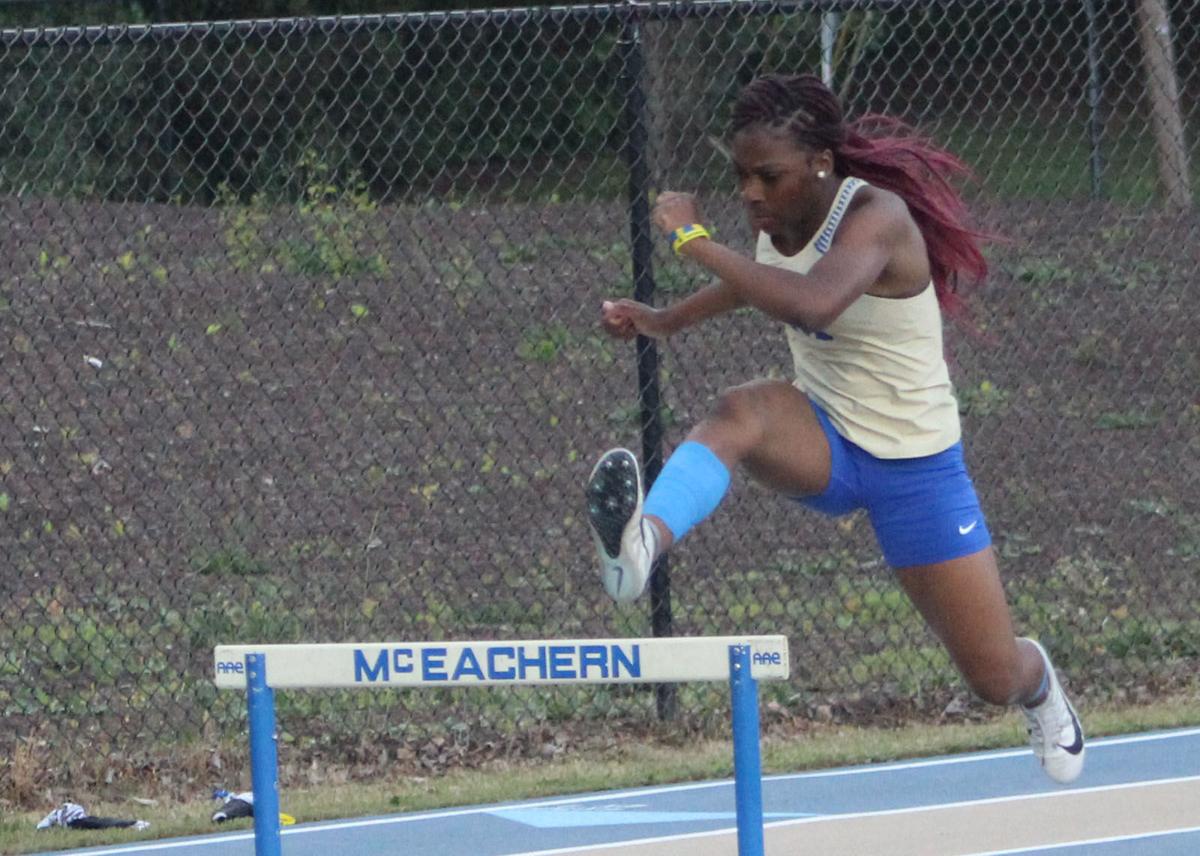 McEachern's Chakiyah Plummer leaps a hurdle to win the 300 hurdles at the Region 3AAAAAAA championships. 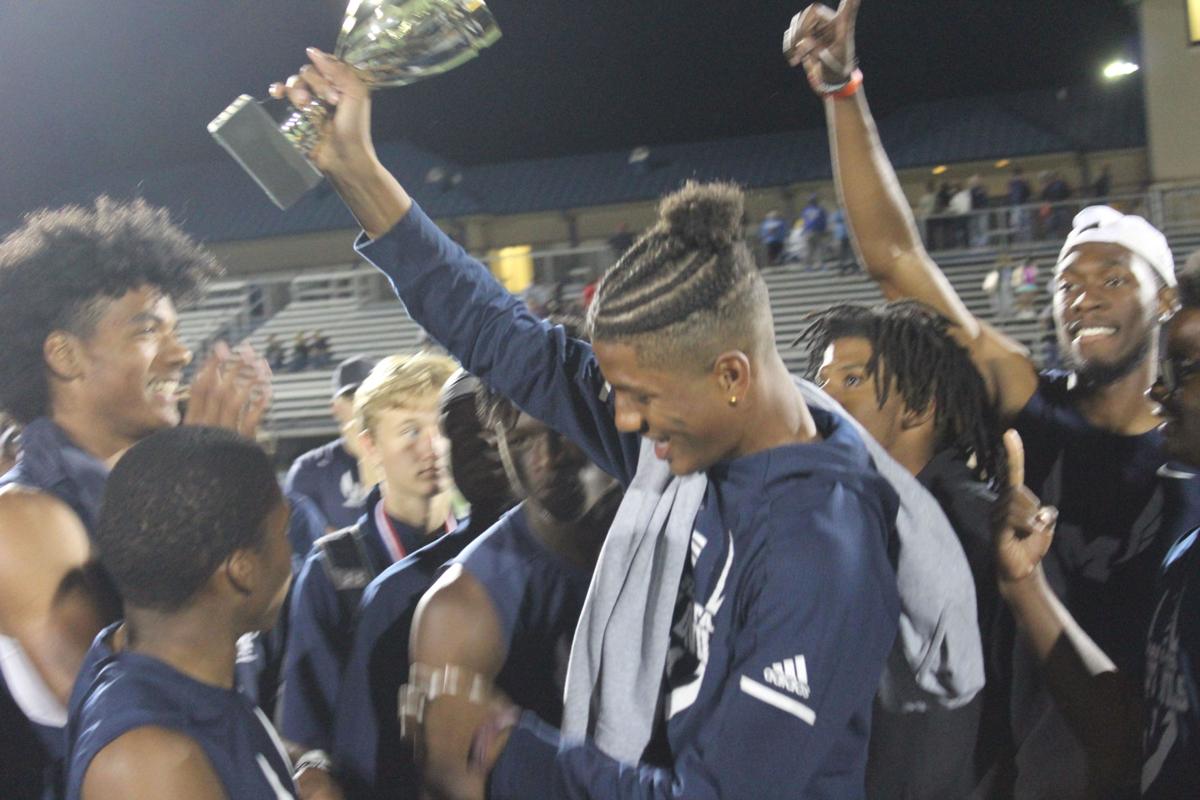 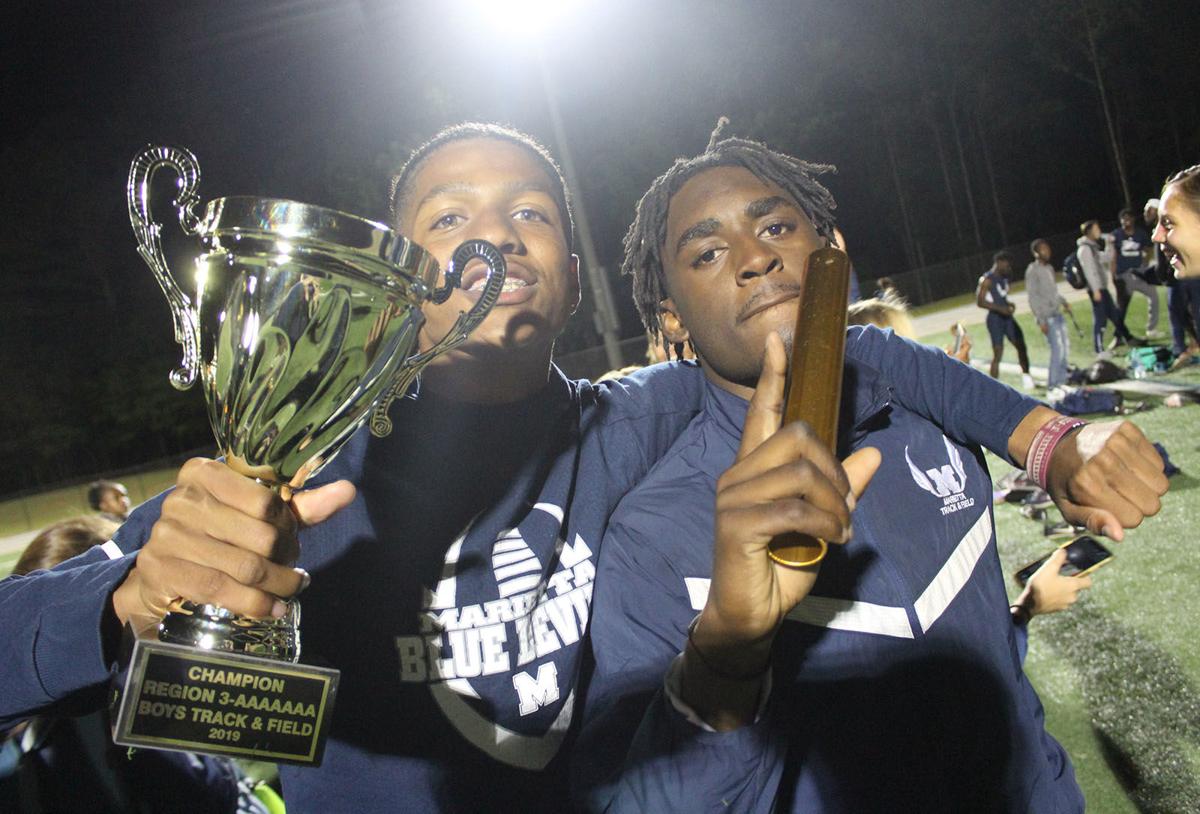 McEachern's Ja'Leak Perry looks back after winning the 100-meter dash at the Region 3AAAAAAA championships.

Marietta's Jarel Terry leads the pack to win the 800 at the Region 3AAAAAAA championships.

McEachern's Chakiyah Plummer leaps a hurdle to win the 300 hurdles at the Region 3AAAAAAA championships.

The turning point in the Marietta boys' championship came in the 400-meter run when Jarel Terry outran Hillgrove’s Garrett Shedrick to win it with a time of 48.31 seconds.

“We were in a close one with Hillgrove,” Marietta coach Nick Houstoulakis said. “We knew they were a well-trained, well-coached team. We did a good job in the field events and had a decent amount of points.”

The win in the 400 gave the Blue Devils a little separation, and with five running events remaining, they felt good about their chances.

In the field, Kimani Vidal helped the Blue Devils by winning the shot put with a toss of 42 feet, 5 inches. Hillgrove countered by winning the triple jump behind Isaiah McCray, who leapt 44-5.

In the girls meet, it was all Marietta, with the Lady Blue Devils winning seven of 12 events Friday, including 1-2 finishes in the 800 and 3,200.

“I think the girls had a strong outing,” Houstoulakis said. “We had athletes that we knew had potential. Jayda Lowe (winning) the high jump, that was huge. Our second discus thrower (Brewster) got us five points. Those little points, I knew, were adding up.”

The McEachern girls came up strong in the long jump with Jayla Brown clearing 18-4¾ and Jada Parsons finishing second. The Lady Indians also had a 1-2 finish in the 100 hurdles, with Chakiya Plummer winning in 14.43 and Brown second. Plummer also won the 100 hurdles in 42.91.