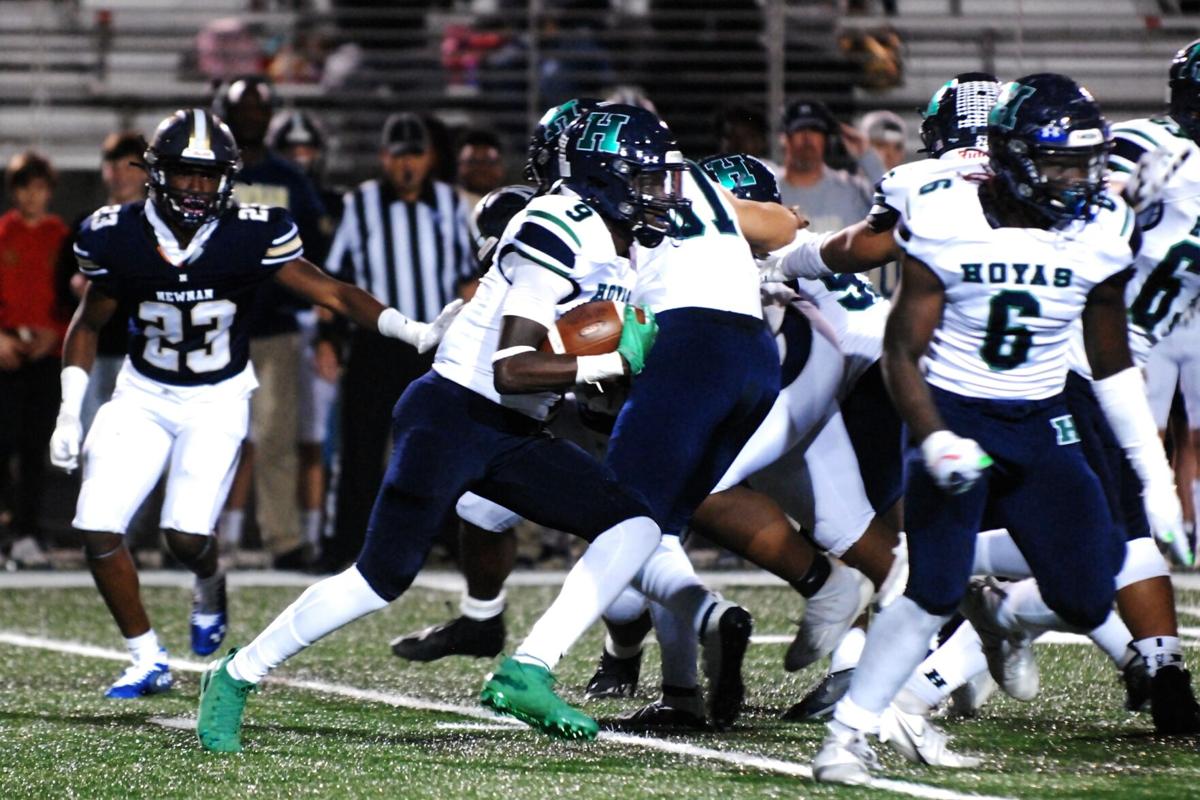 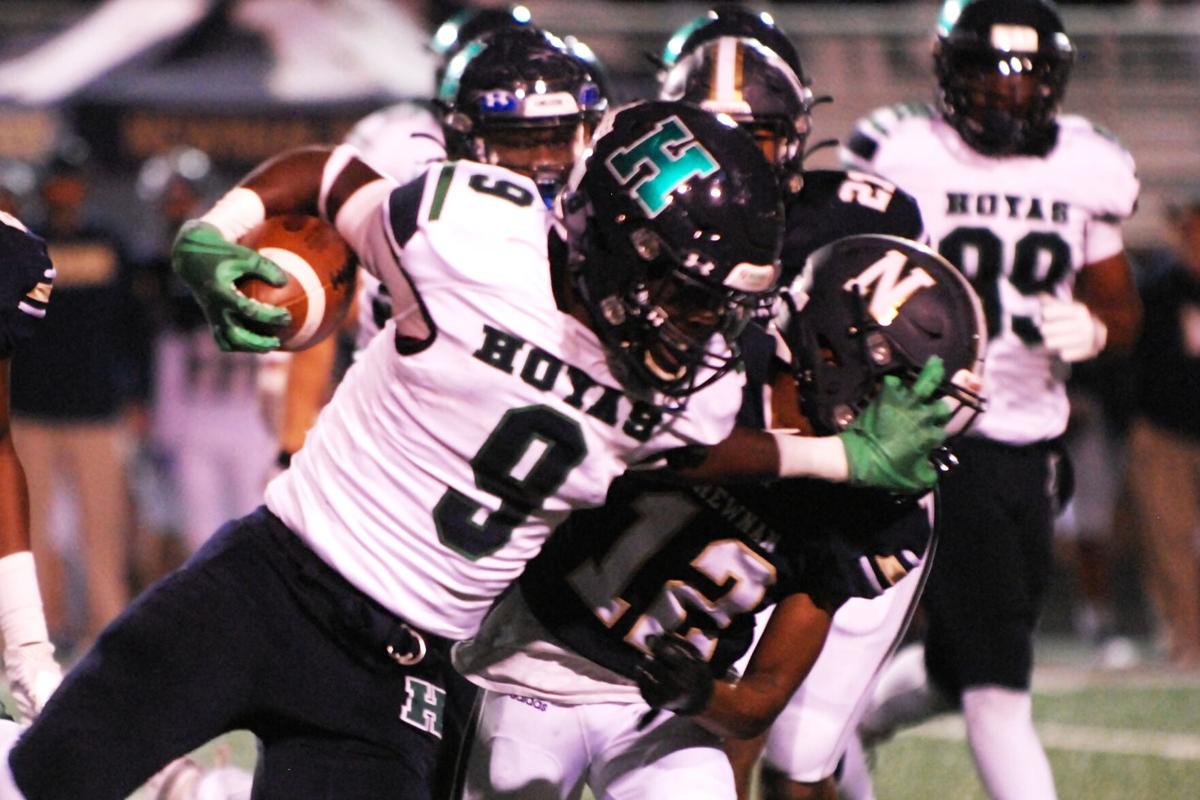 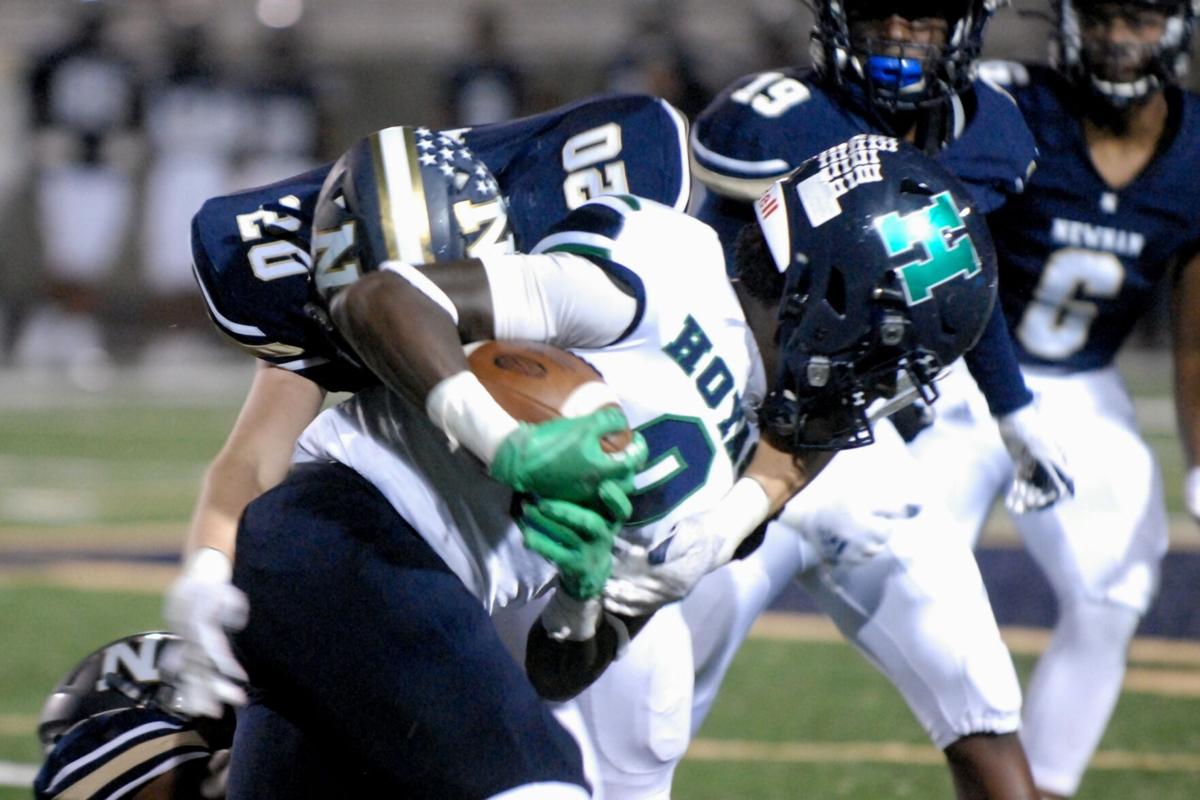 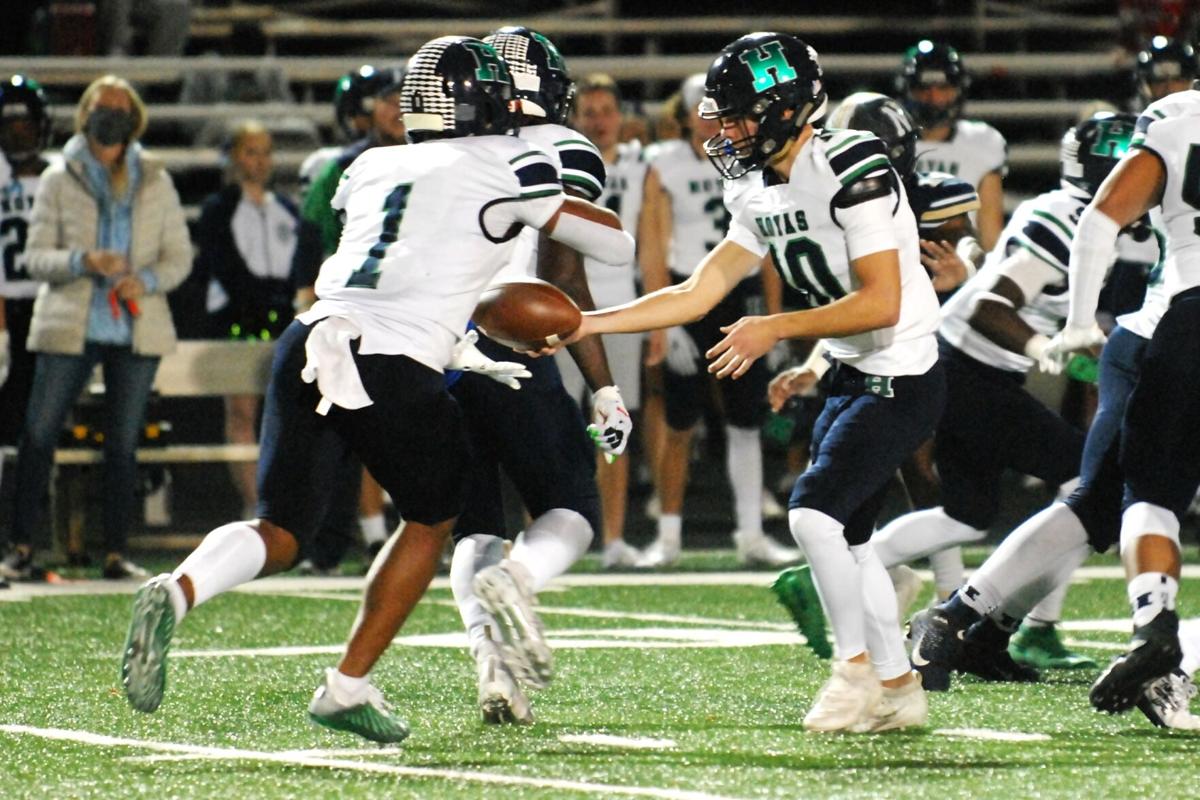 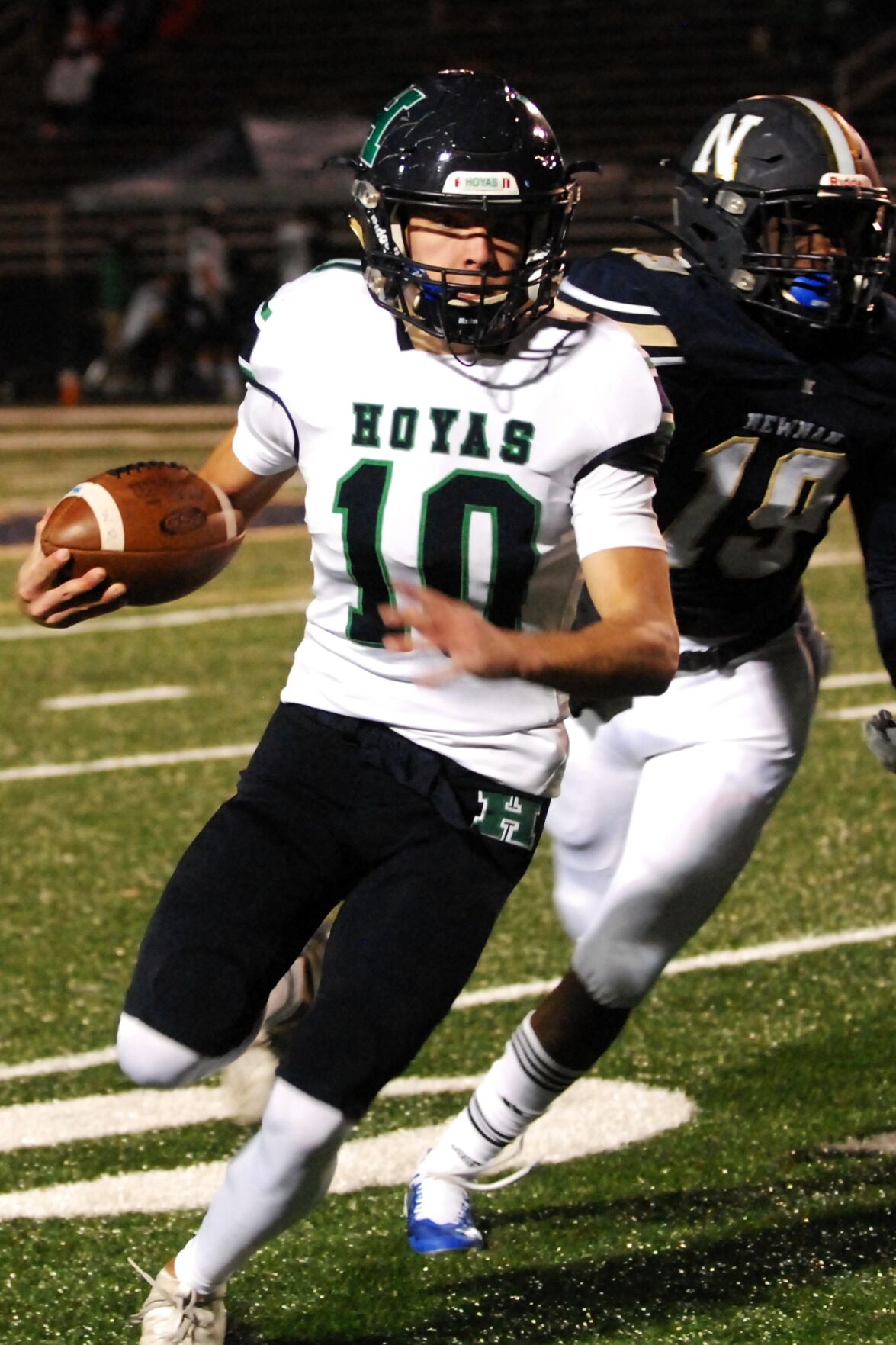 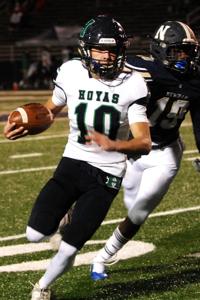 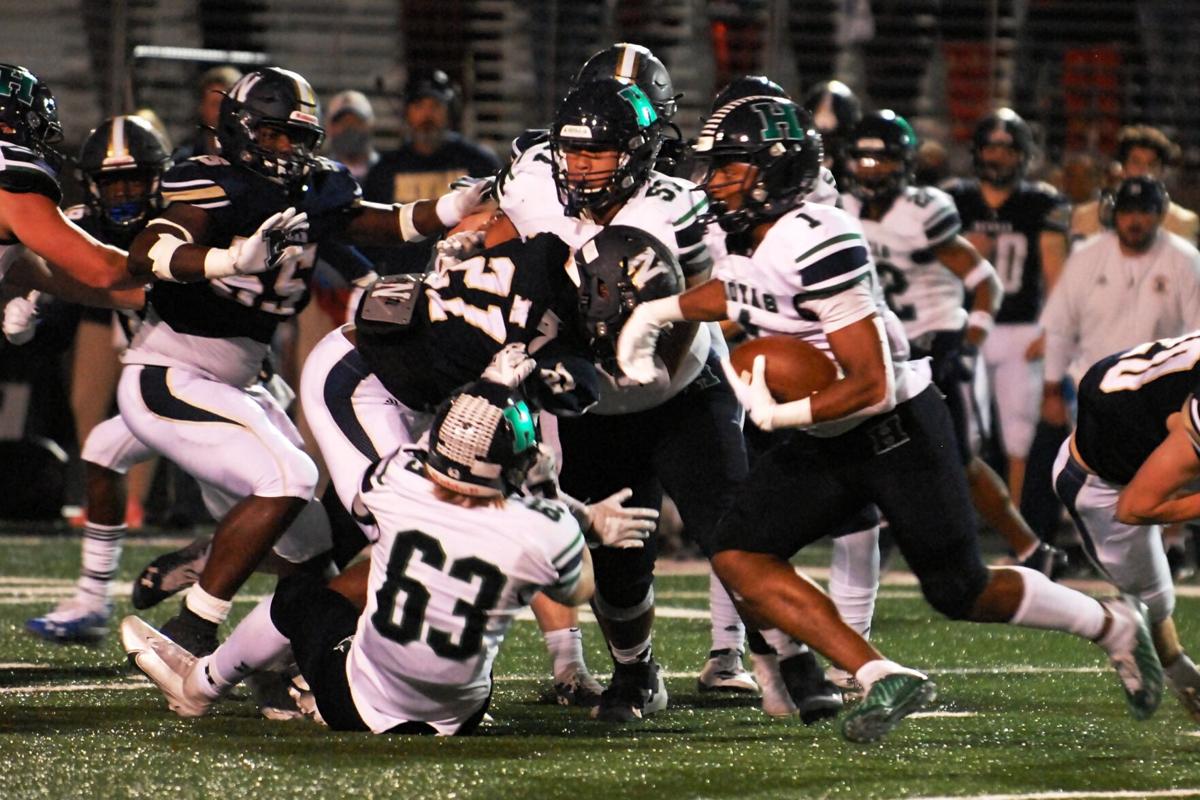 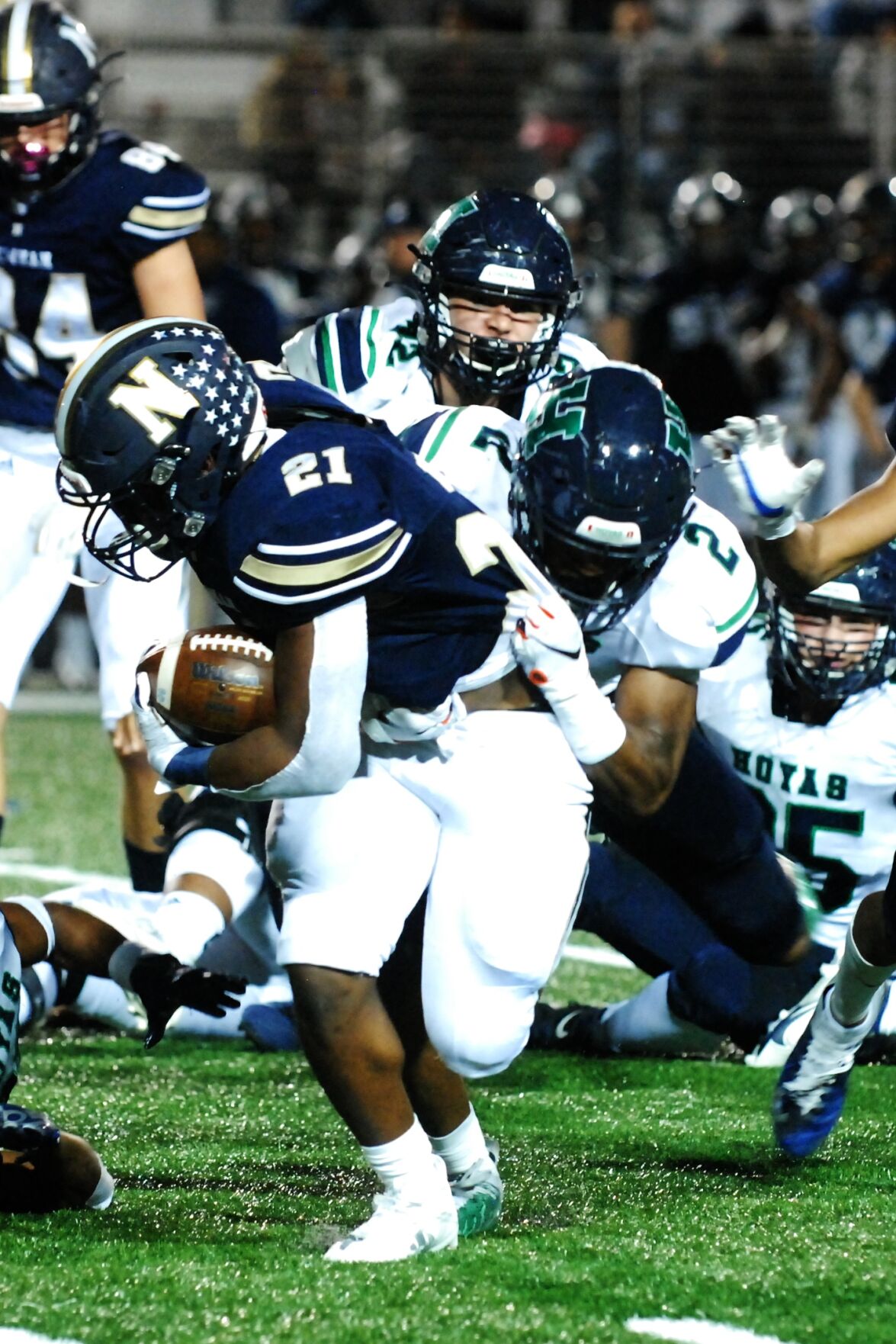 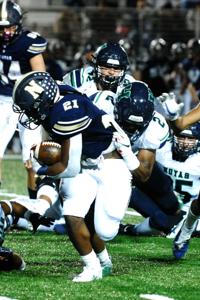 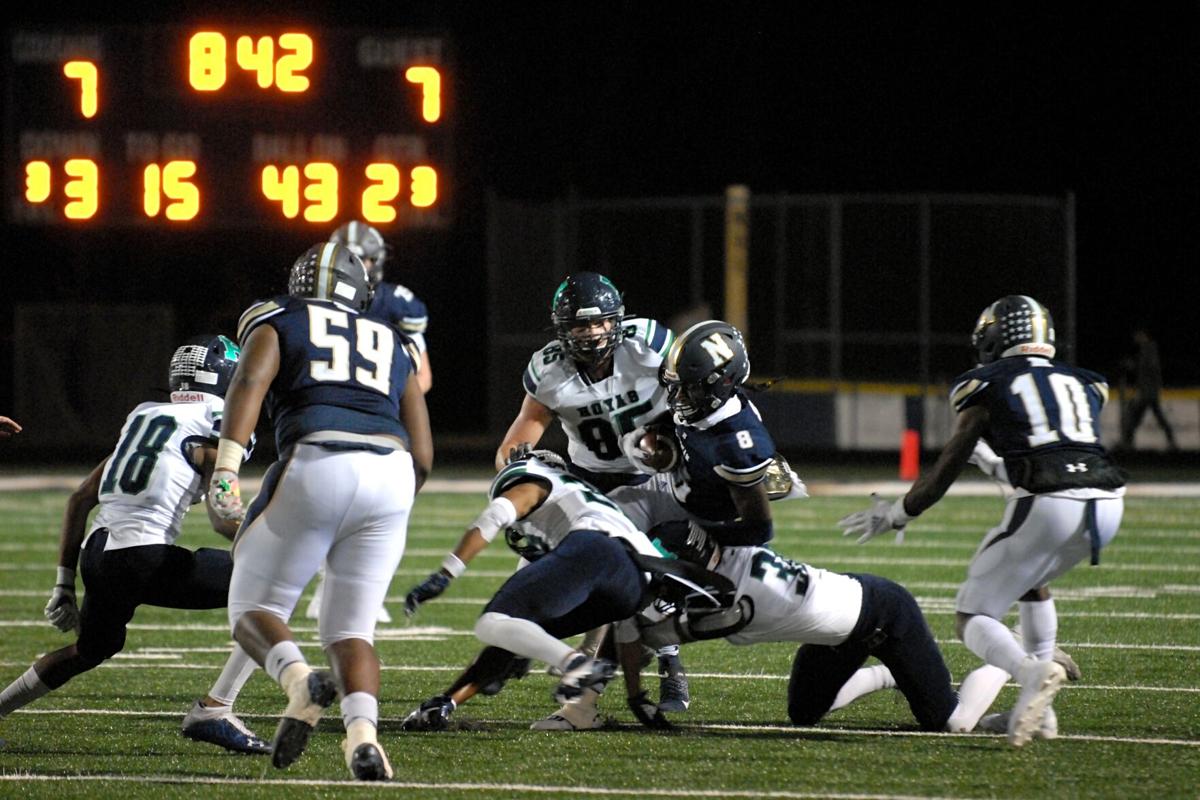 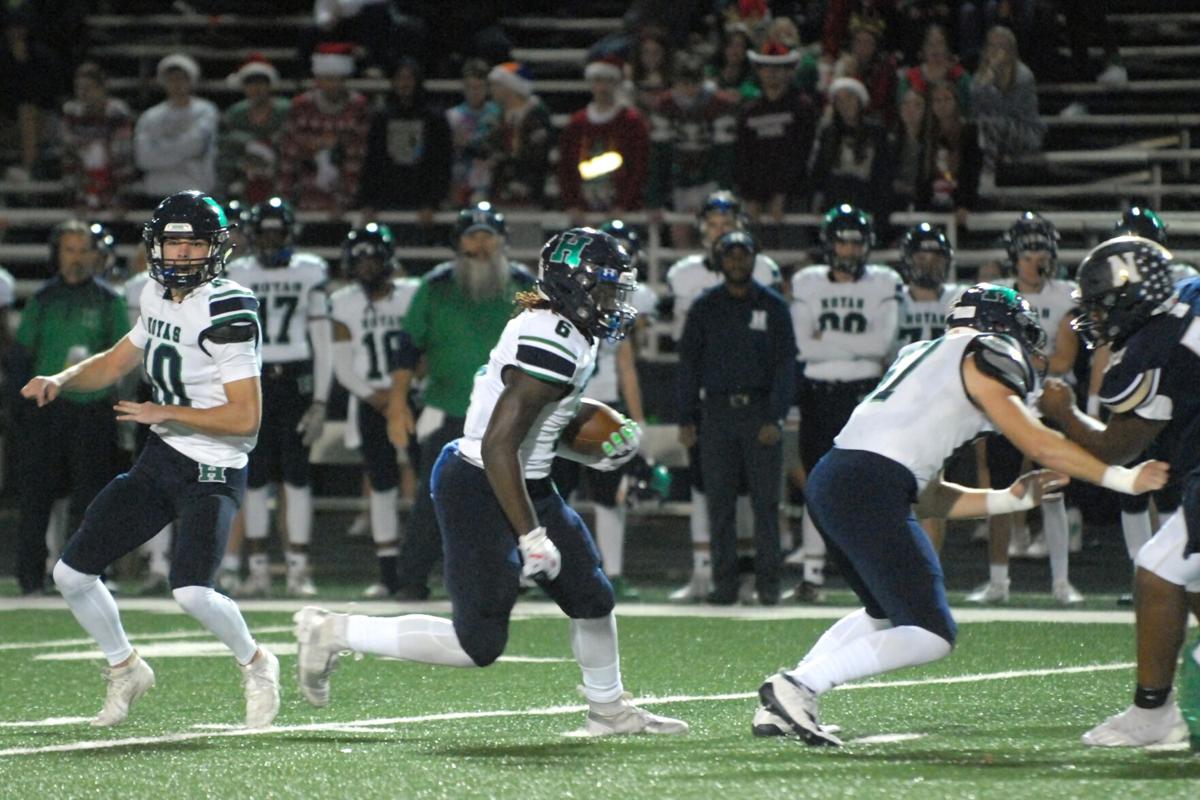 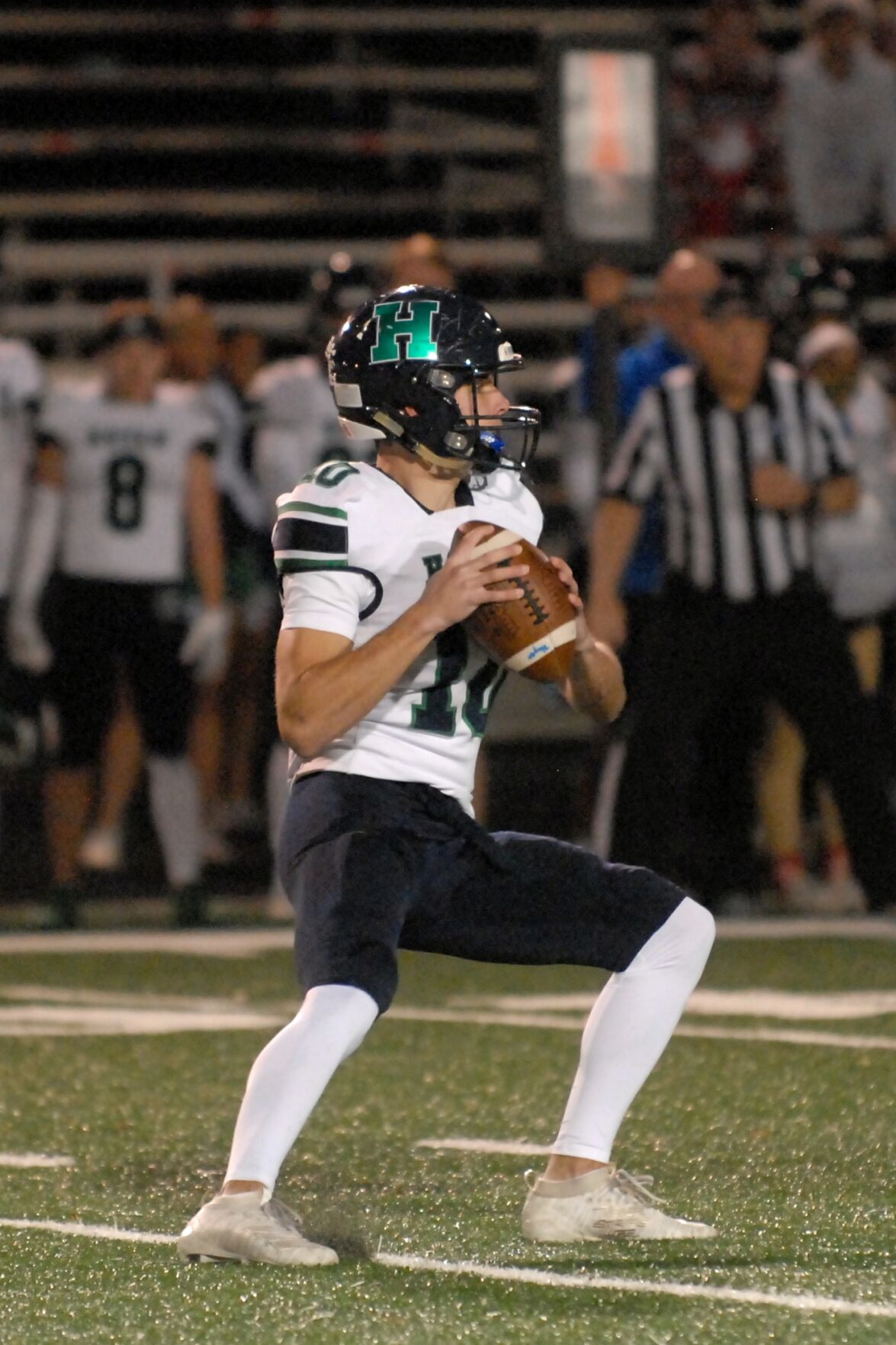 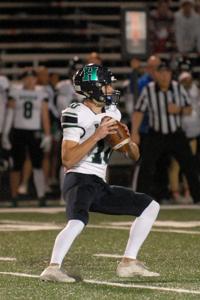 NEWNAN — Marcus Bleazard’s 3-yard touchdown run with 15 seconds remaining allowed Harrison to upset Newnan 26-24 on Friday in the first round of the Class AAAAAAA state playoffs.

Harrison (4-5), however, still had an ace up its sleeve in the form of three timeouts.

“That’s why you hold on to those when you can, because you never know,” Harrison coach Matt Dickmann said.

Dickmann called timeout following each of Newnan quarterback Michael Maginnis’ first two kneel-downs to preserve the clock. A false-start penalty on the next play made it third-and-14 from the Cougars’ 3, and Dickmann called the Hoyas’ final timeout.

That is when everything changed.

On the next play, a Harrison player appeared to recover a fumble at the 3 with roughly 45 seconds left on the clock. The officials conferred for about a minute before ruling it was Harrison’s ball.

“Anything can happen, and it did tonight,” Dickmann said. “It’s not over until it’s over. Those three timeouts were big for us.”

After Jay Ziglor was stuffed for no gain on the Hoyas’ first play, the team quickly set up for the next play as time continued to wind down. Bleazard then powered his way into the end zone to give Harrison the lead.

Out of timeouts with 15 seconds remaining, Newnan took possession at its 20 after the kickoff, but it was unable to get past midfield.

During his post-game speech to the team, Dickmann asked the group who recovered the fumble at the 3. No one admitted to being the player that changed the momentum of the game.

“That’s the great thing about this team,” Dickmann said. “They never talk bad about anybody. They never complain. They always put team first and don’t take any of the credit. They just work and they never stop working.”

Bleazard finished with two rushing touchdowns, Ziglor had three catches for 67 yards and Marques Owens caught a 40-yard touchdown pass. Richardson finished 5-for-12 for 113 yards with one touchdown and one interception.

Harrison will visit nationally ranked Grayson in the second round.

Christian Lowrey made a 21-yard field goal to finish Harrison’s opening drive of the second half, knotting the contest at 10-all.

Moss scored from 10 yards out on Newnan’s next possession to put the Cougars back in front 17-10 with 4:43 left in the third.

Lowrey added another field goal, this one from 30 yards with 8:48 remaining in the game, to trim the Hoyas’ deficit to 17-13.

Harrison’s defense forced a three-and-out on Newnan’s next drive and capitalized on the quick stop when Richardson found Owens on the 40-yard connection, giving the Hoyas a 20-17 lead with 6:55 left.

A fourth-down pass-interference penalty helped Newnan extend a drive in the game’s final few minutes, and a 41-yard third-down completion from Maginnis to Moss set up the Cougars at the 6, resulting in Moss’ go-ahead touchdown with just under 2 minutes to play in the game.

“There were some big plays in this game,” Dickmann said. “Both teams really gave a lot of effort. This was one of the wildest games I’ve ever been a part of.”

Maginnis finished 17-for-30 for 268 yards and ran for a score. Moss had 21 carries for 107 yards and two touchdowns, while Jonathan Clark caught six passes for 88 yards.