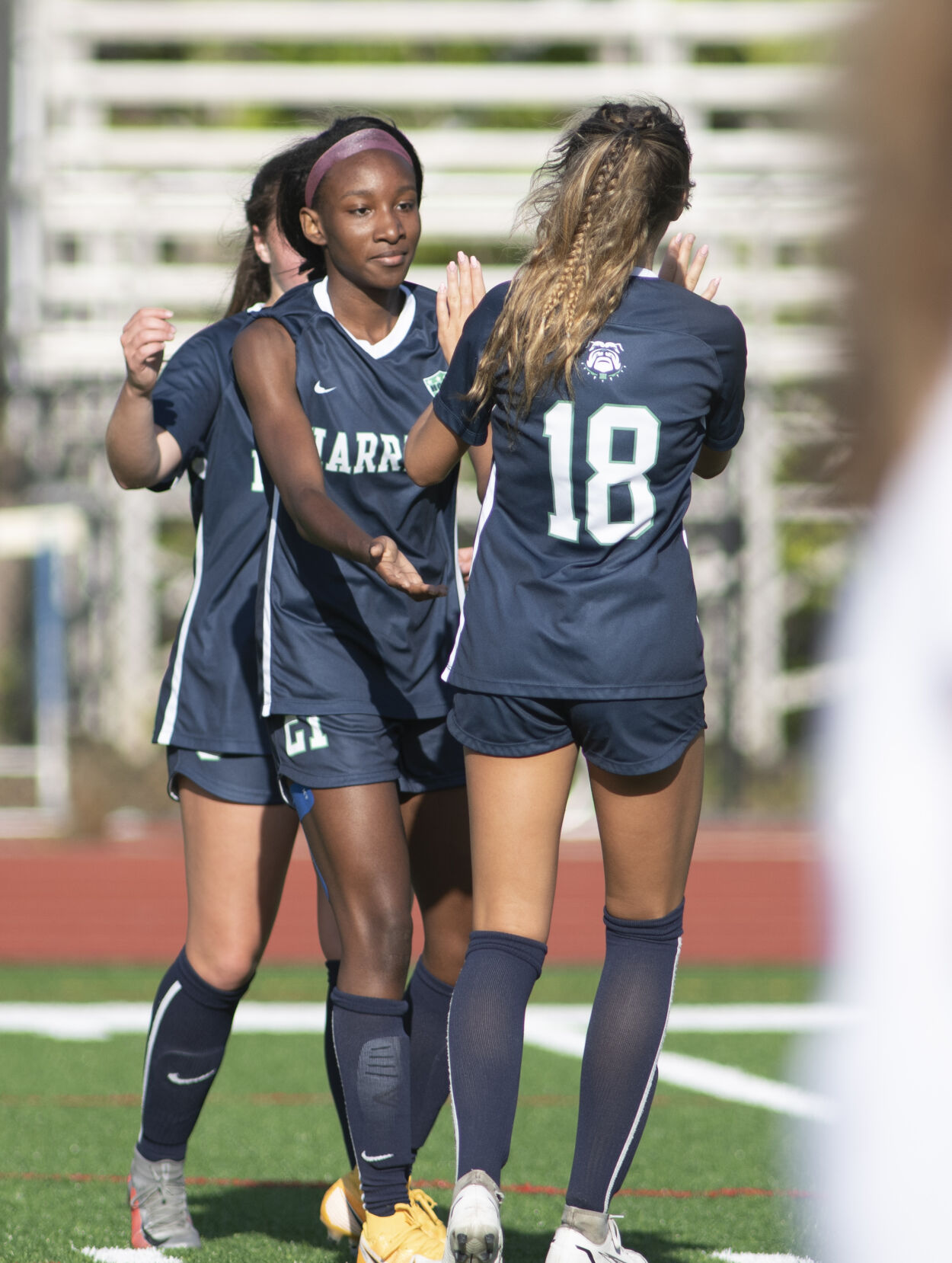 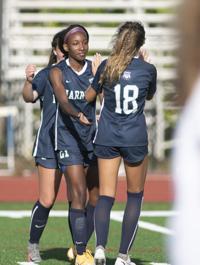 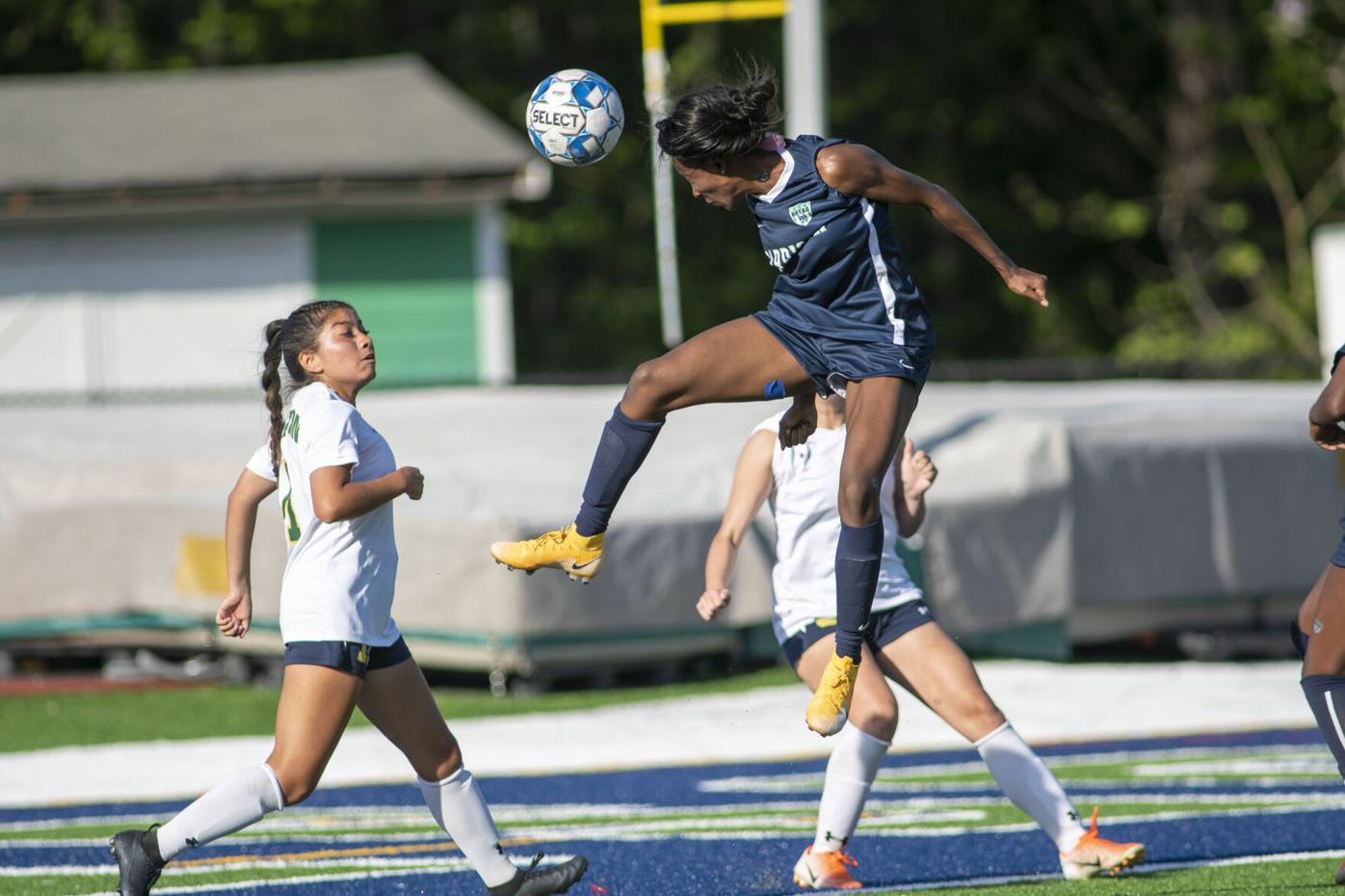 Above: Harrison’s Ansley McNearney heads the ball in Monday’s second-round Class AAAAAAA state playoff game against Grayson. The Lady Hoyas won handily, recording their second shutout in as many playoff games. Below: Alana Nesbit celebrates after scoring one of her two goals in Monday’s game. 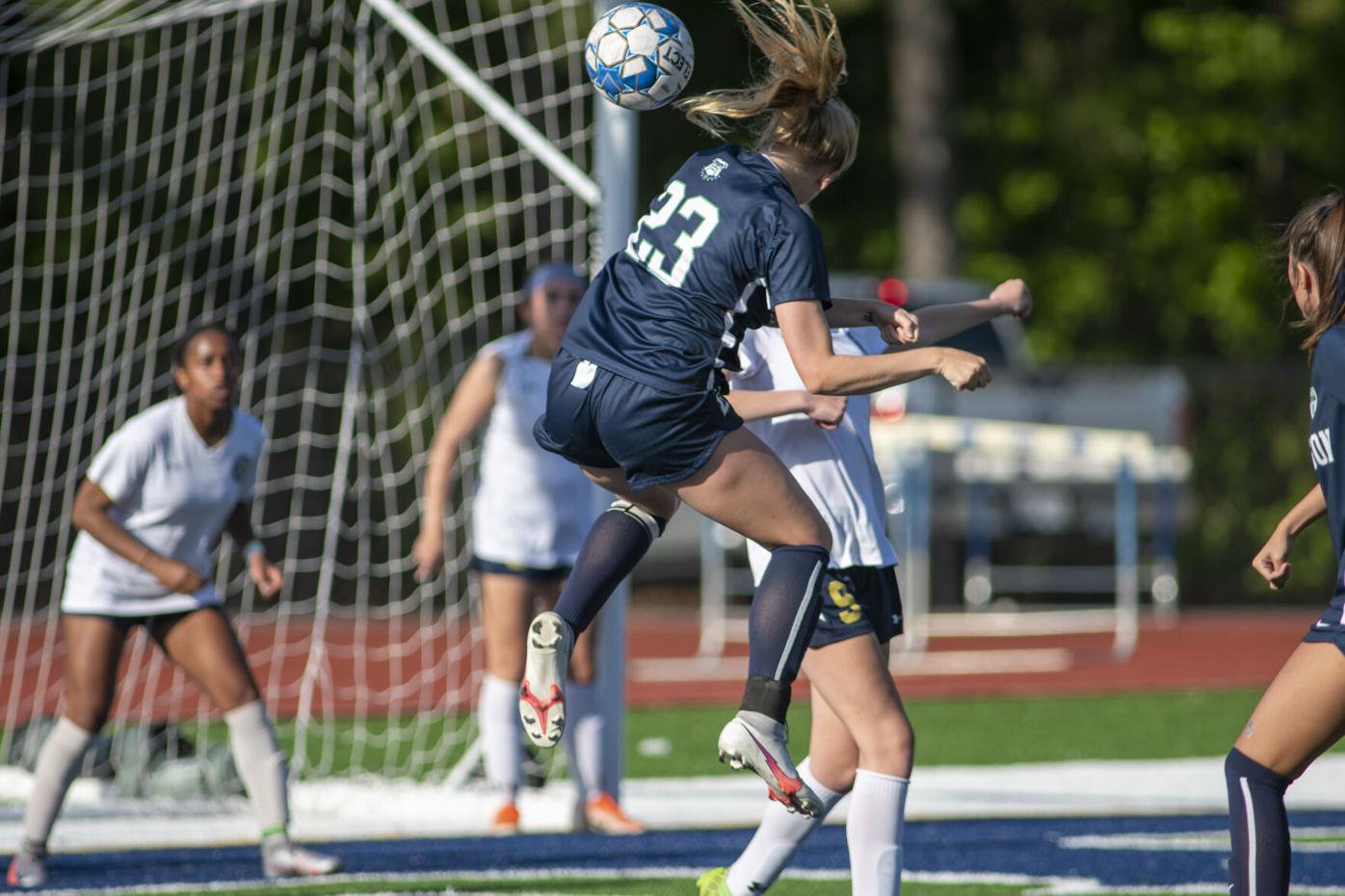 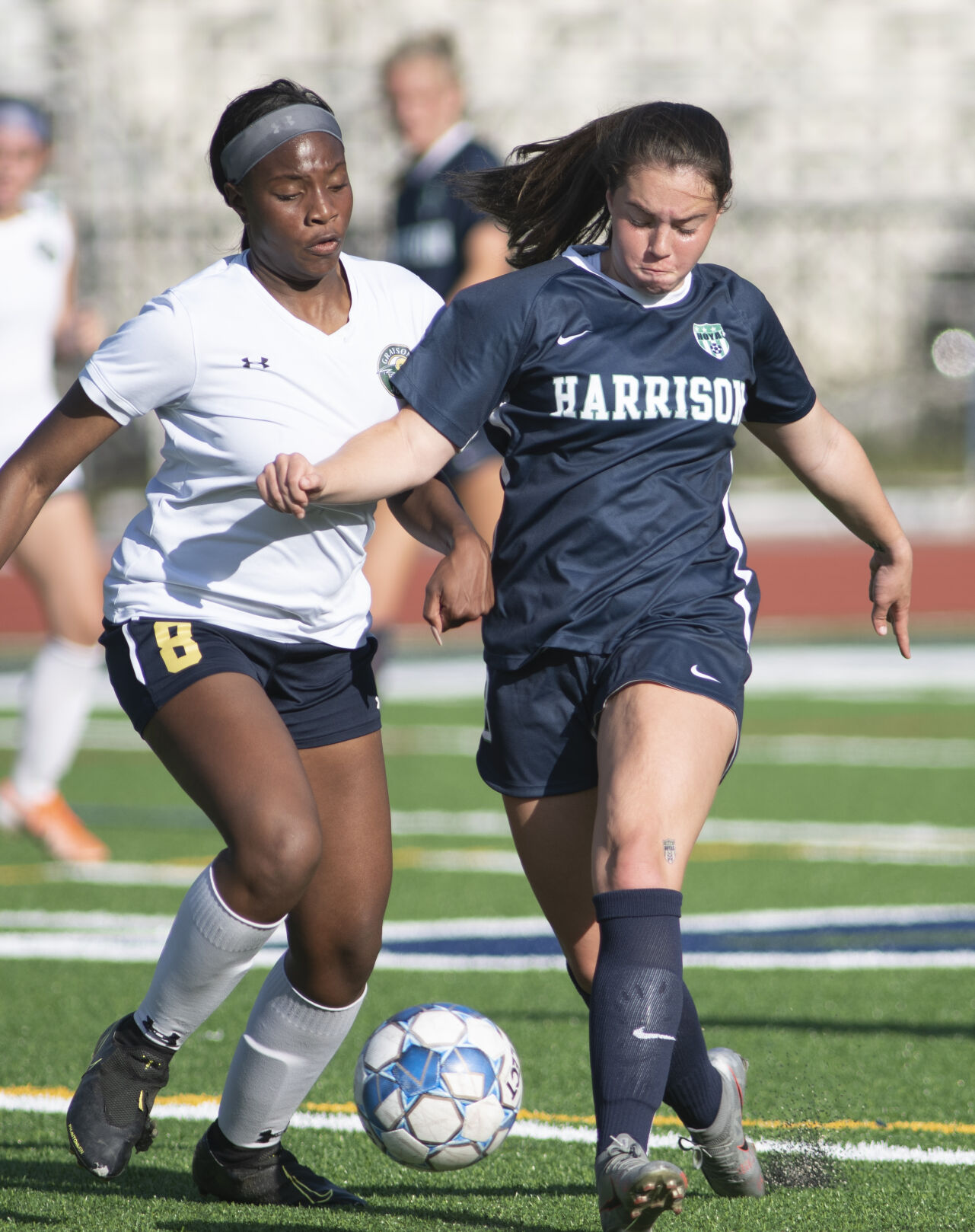 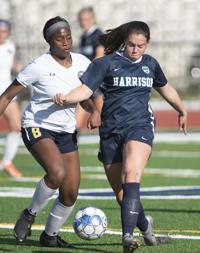 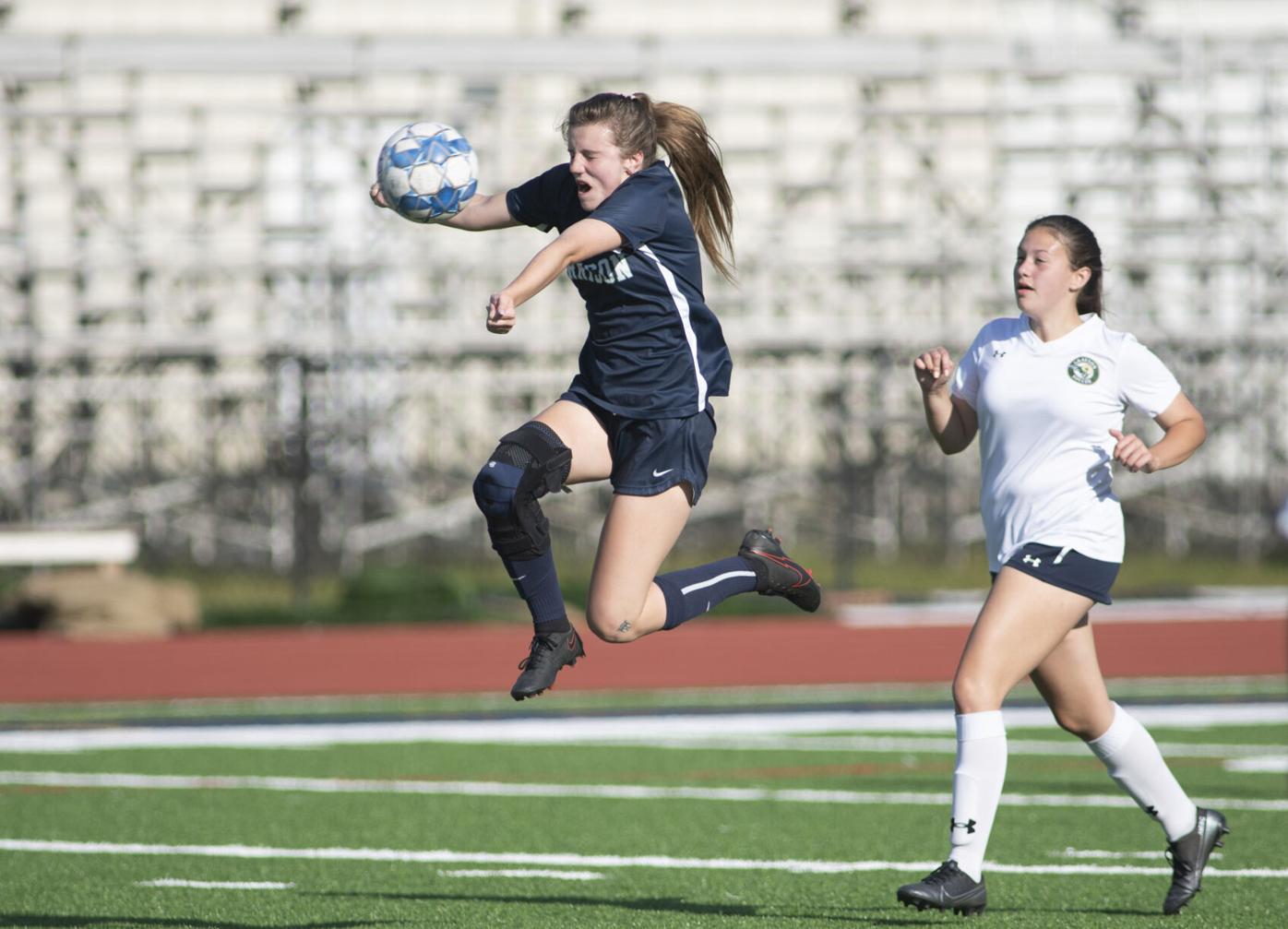 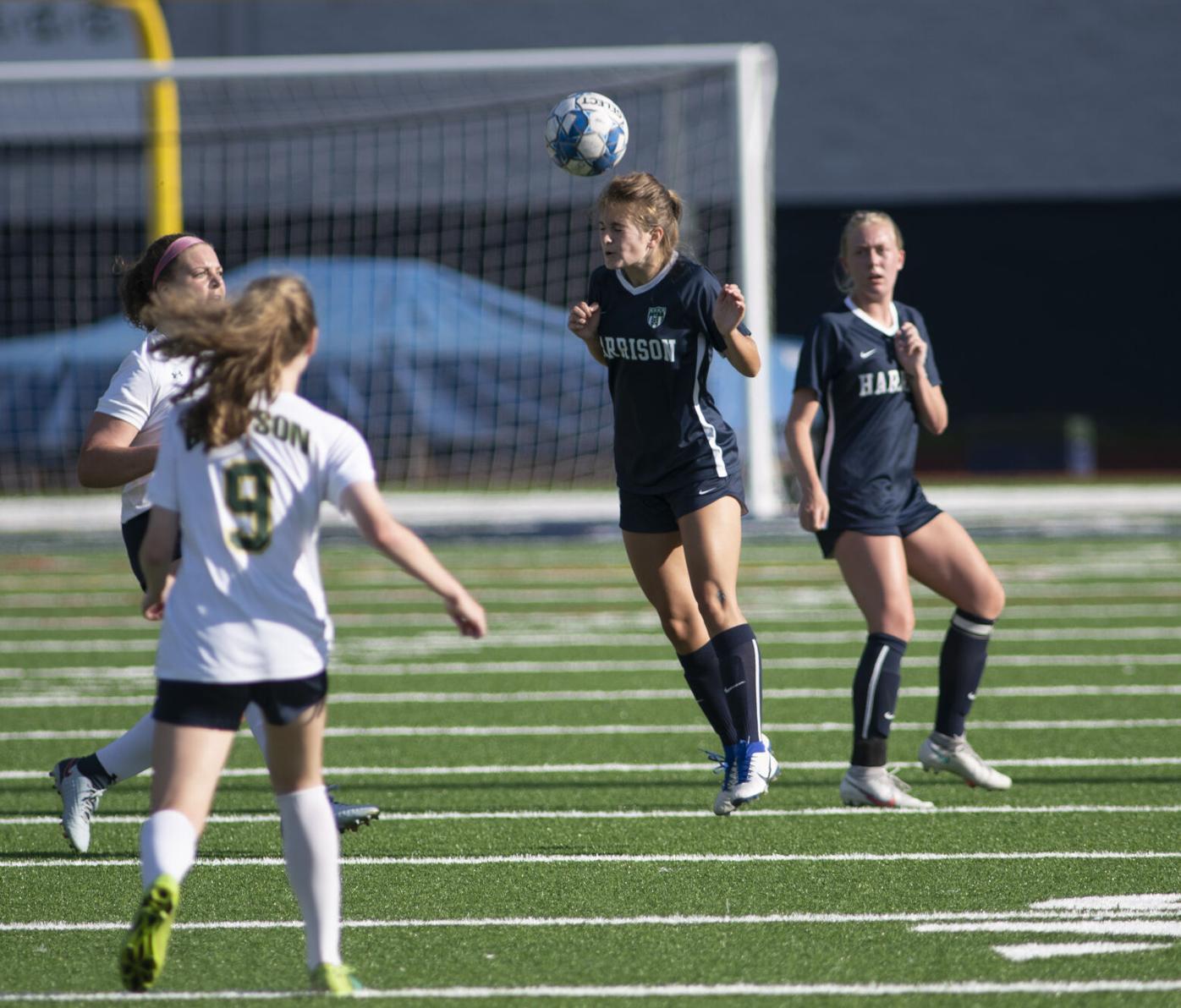 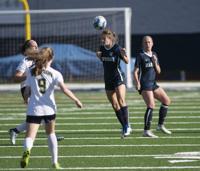 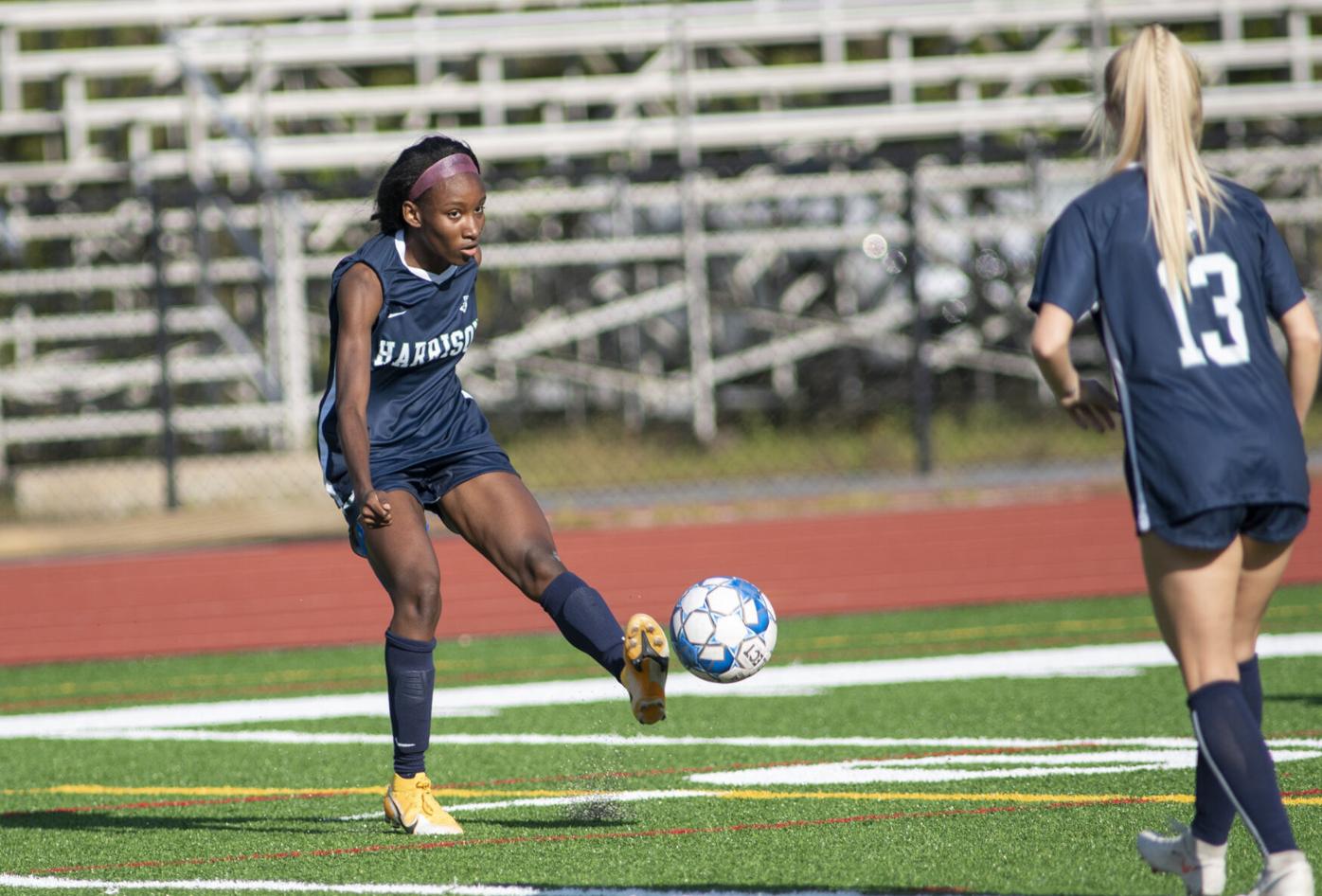 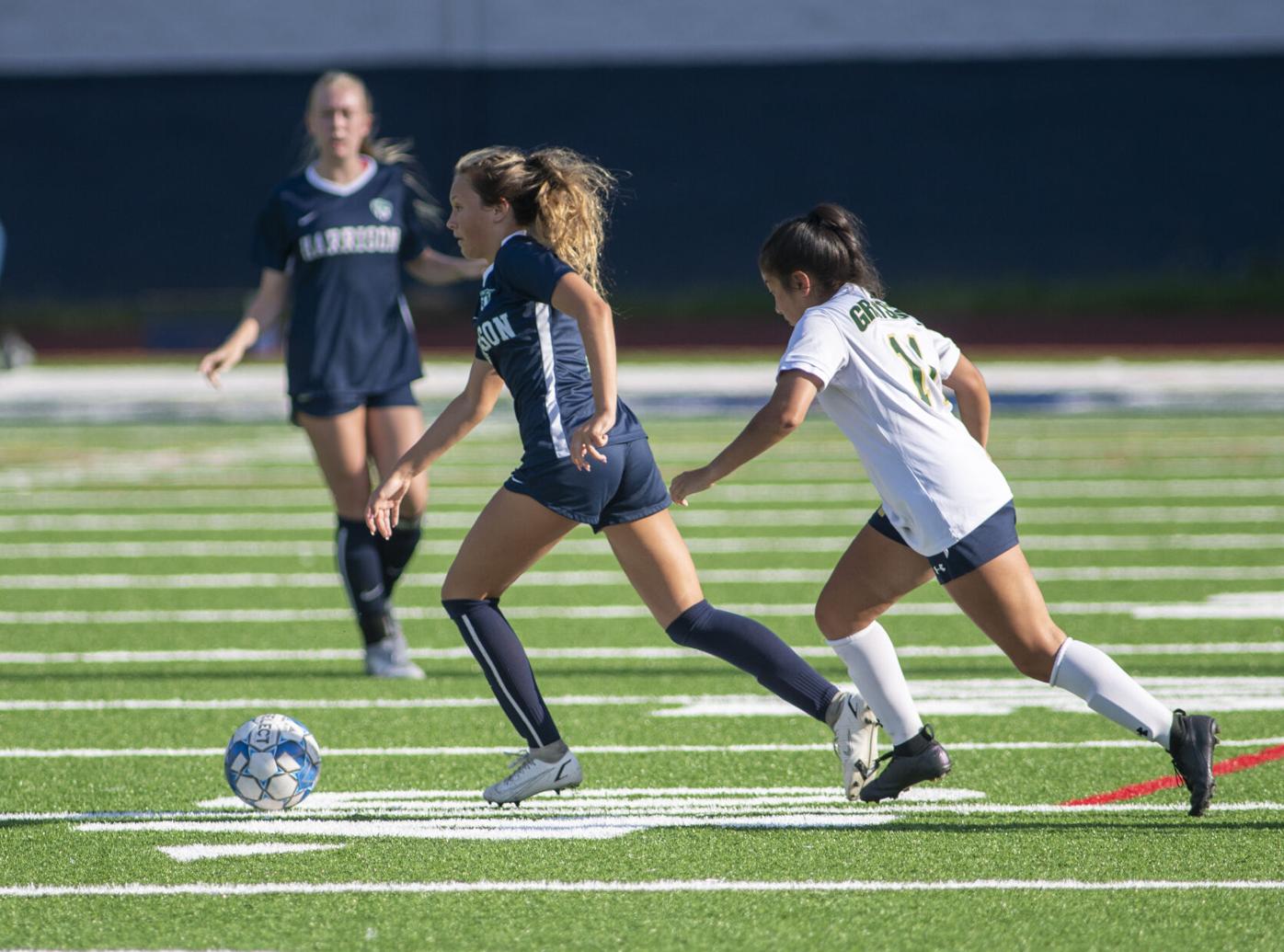 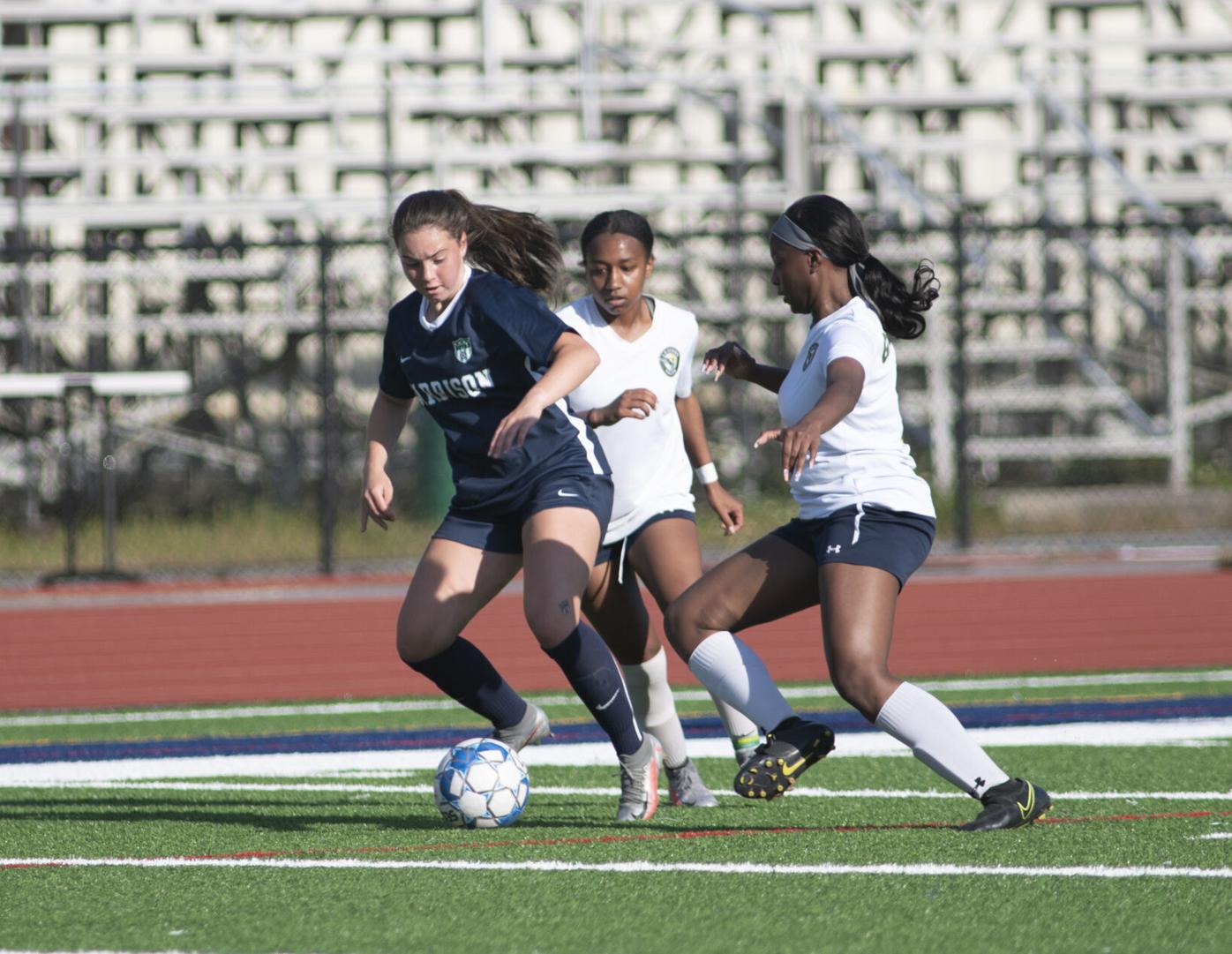 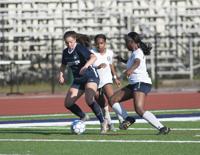 Above: Harrison’s Ansley McNearney heads the ball in Monday’s second-round Class AAAAAAA state playoff game against Grayson. The Lady Hoyas won handily, recording their second shutout in as many playoff games. Below: Alana Nesbit celebrates after scoring one of her two goals in Monday’s game.

KENNESAW — Another round, another decisive win for Harrison’s girls soccer team.

The Lady Hoyas followed their 10-0 victory over Pebblebrook with a 6-0 win over Grayson on Monday in the second round of the Class AAAAAAA state playoffs at Cobleigh Stadium.

With the win, Harrison (13-4-2) advanced to the quarterfinals, where it will host Roswell next Tuesday.

The Lady Hoyas jumped out to a 3-0 lead in the first half and then added three more goals in the final 40 minutes to secure the win.

However, Harrison coach Jonathan Gross said his team found the goals a little harder to come by against a Grayson squad that challenged the Lady Hoyas every step of the way defensively, despite a 3-14 record.

“Grayson is really well-coached,” Gross said. “(Coach Rebekah Bullock) had a really good plan to create problems for us offensively. The goals were a lot harder, and we really had to work harder to earn them. It’s really a credit to Grayson to show how organized they are.”

Nevertheless, it was another shutout win for Harrison, its 12th of the 2021 season.

Harrison controlled possession of the ball early in the game, but it had a number of unsuccessful shots on goal until Watt finally connected on a penalty kick with 27:58 remaining in the first half for a 1-0 lead.

With that goal, the Lady Hoyas began to build momentum and struck again when Nesbit scored from 10 yards out to make it 2-0.

After a couple more missed shots, Harrison added to its lead when Sparger scored a goal from 15 yards out for a 3-0 advantage with 13:19 to go in the first half.

It took less than 4 minutes for the Lady Hoyas to score as Nesbit’s second goal of the game — on a breakaway — made it 4-0.

After several missed scoring attempts, Watt’s shot with 26:37 left hit the left goalpost, but Houston promptly rebounded the ball and blasted it into the goal to increase the lead to 5-0.

Harrison followed with another goal about 30 seconds later when Langston scored from short range on an assist by Houston with 26:09 to play.