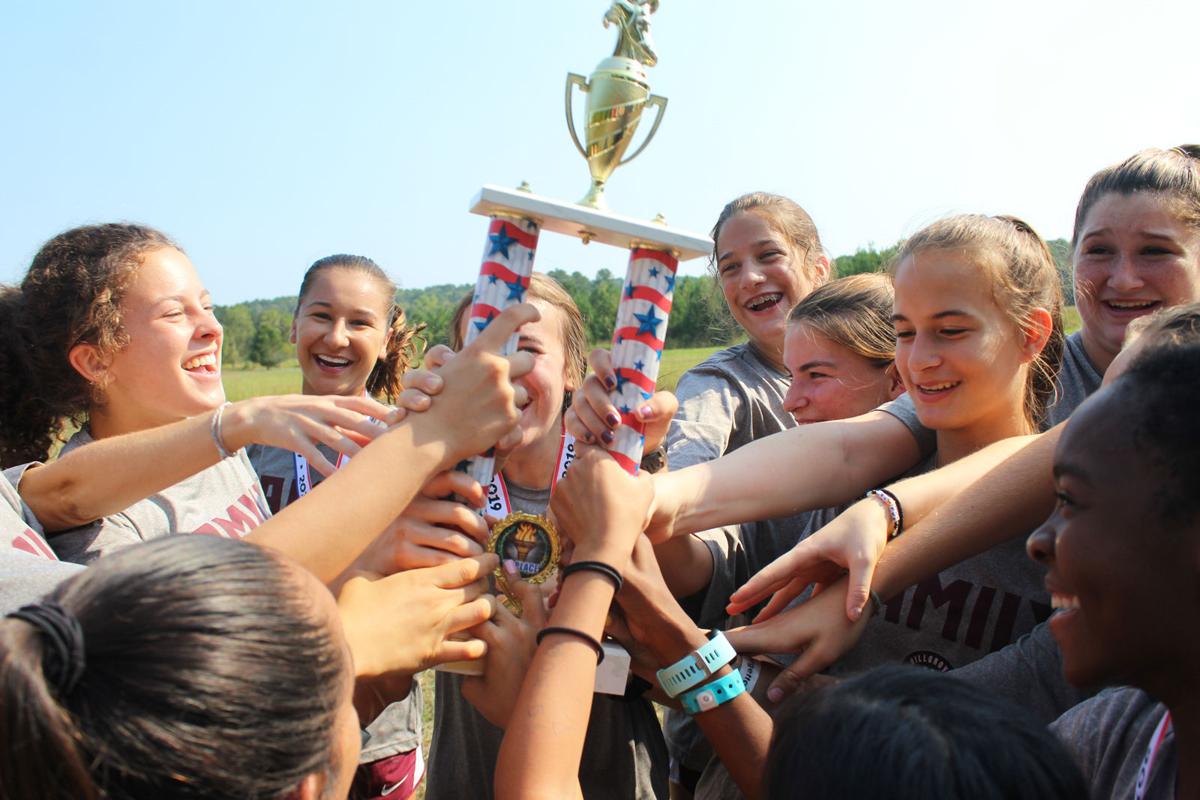 Hillgrove's runners celebrate after winning the girls team title in the county meet. 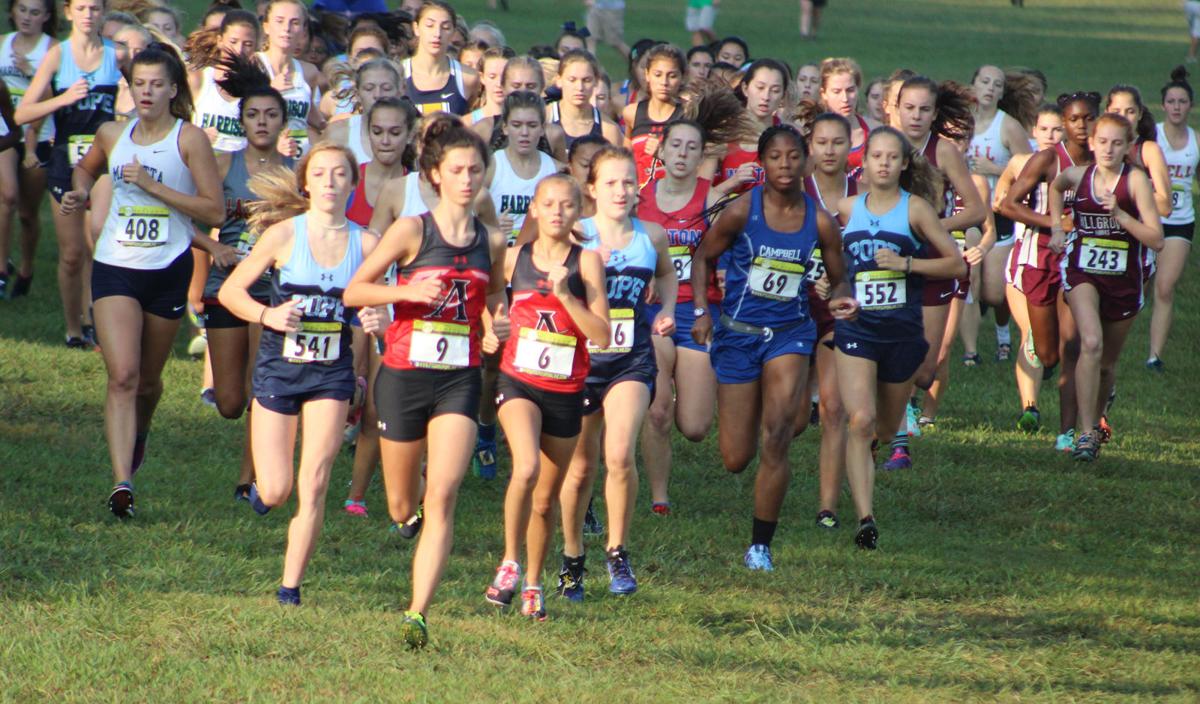 The girls race begins in the county meet. 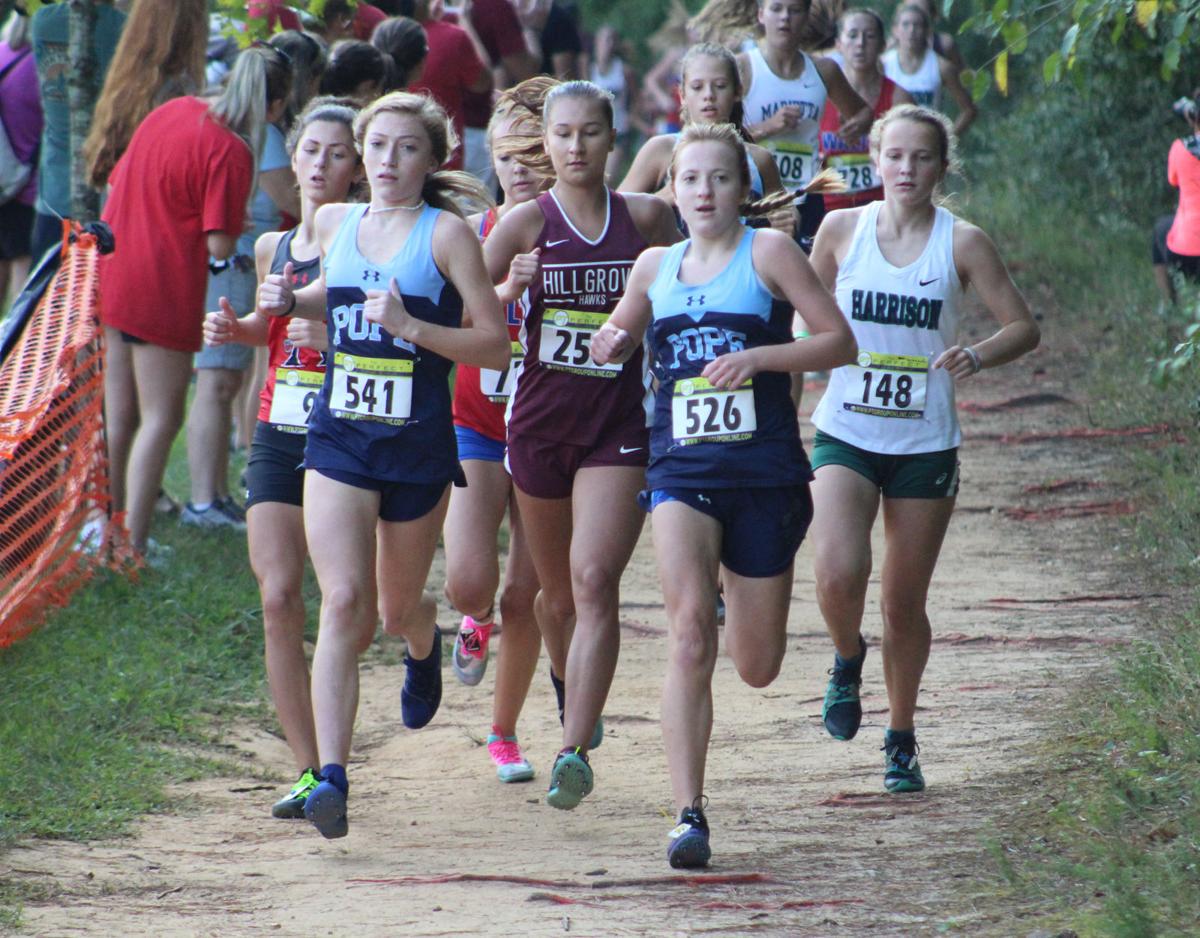 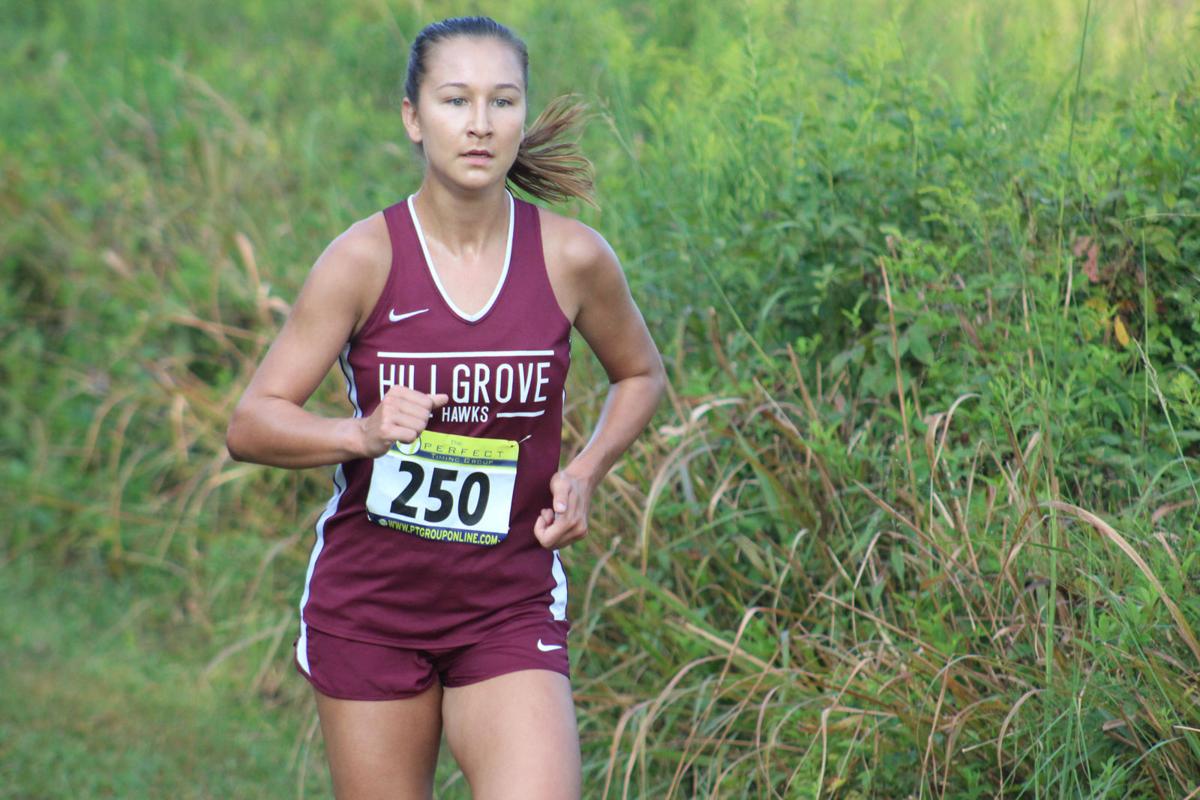 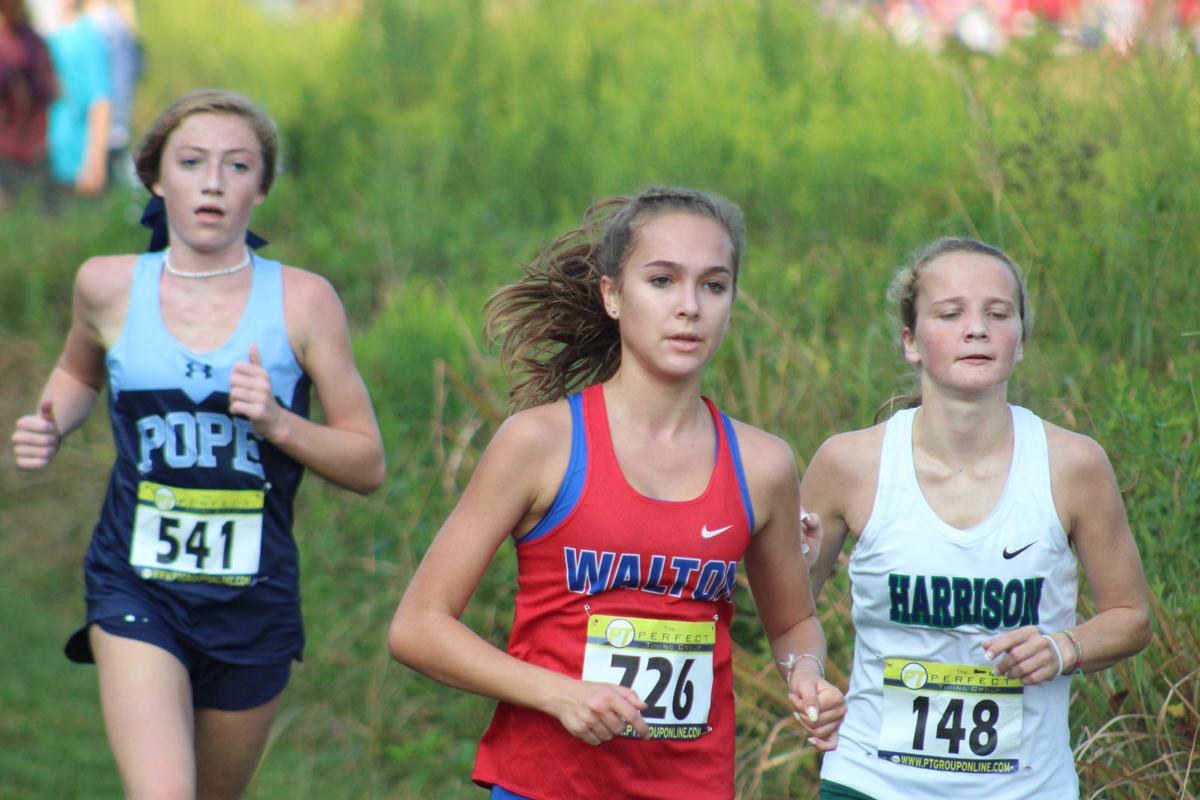 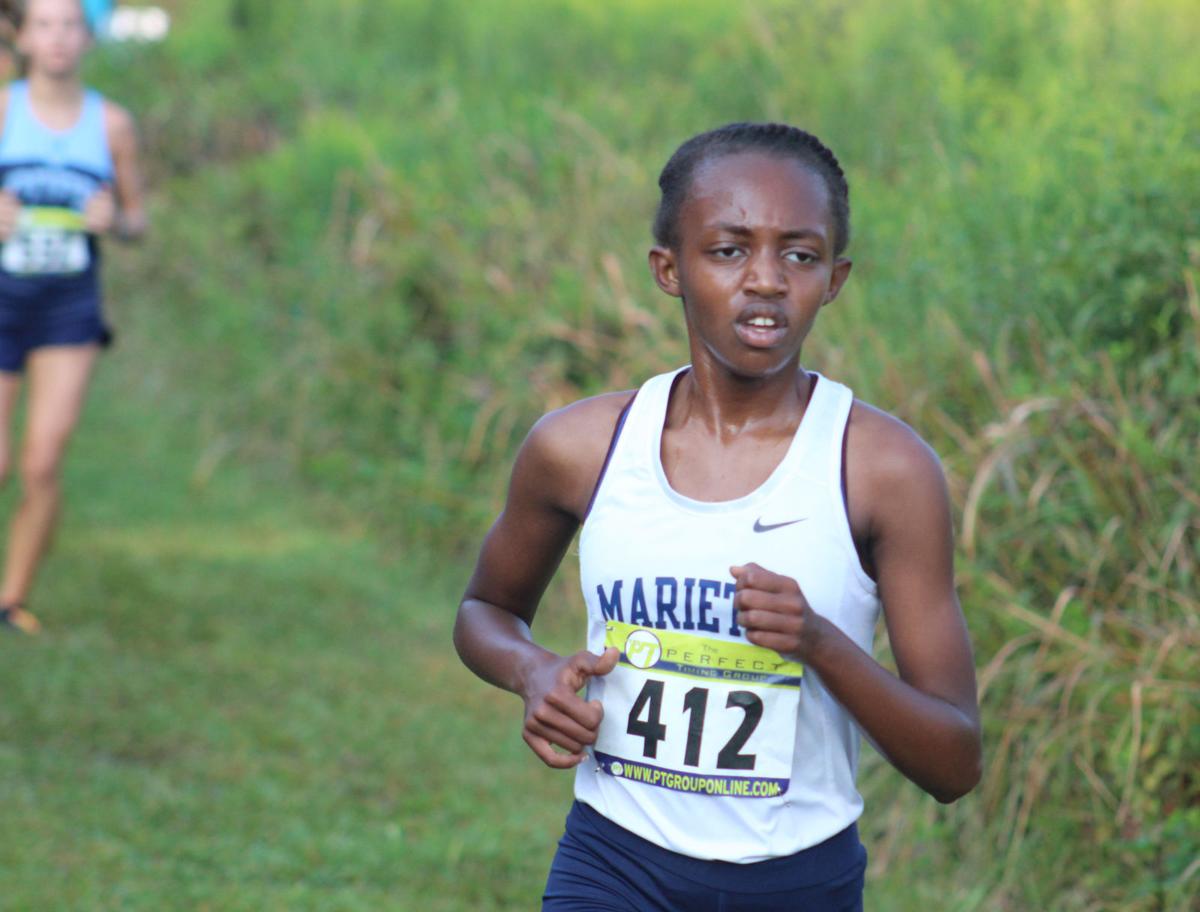 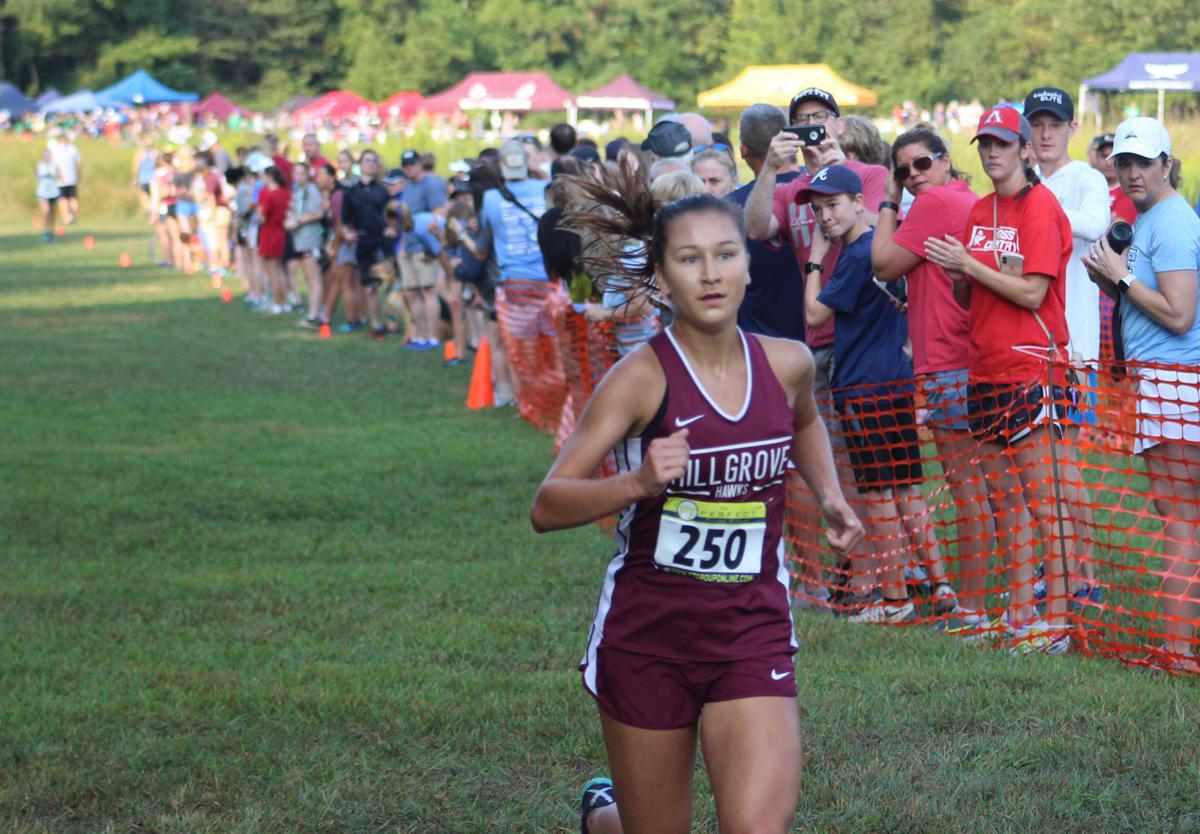 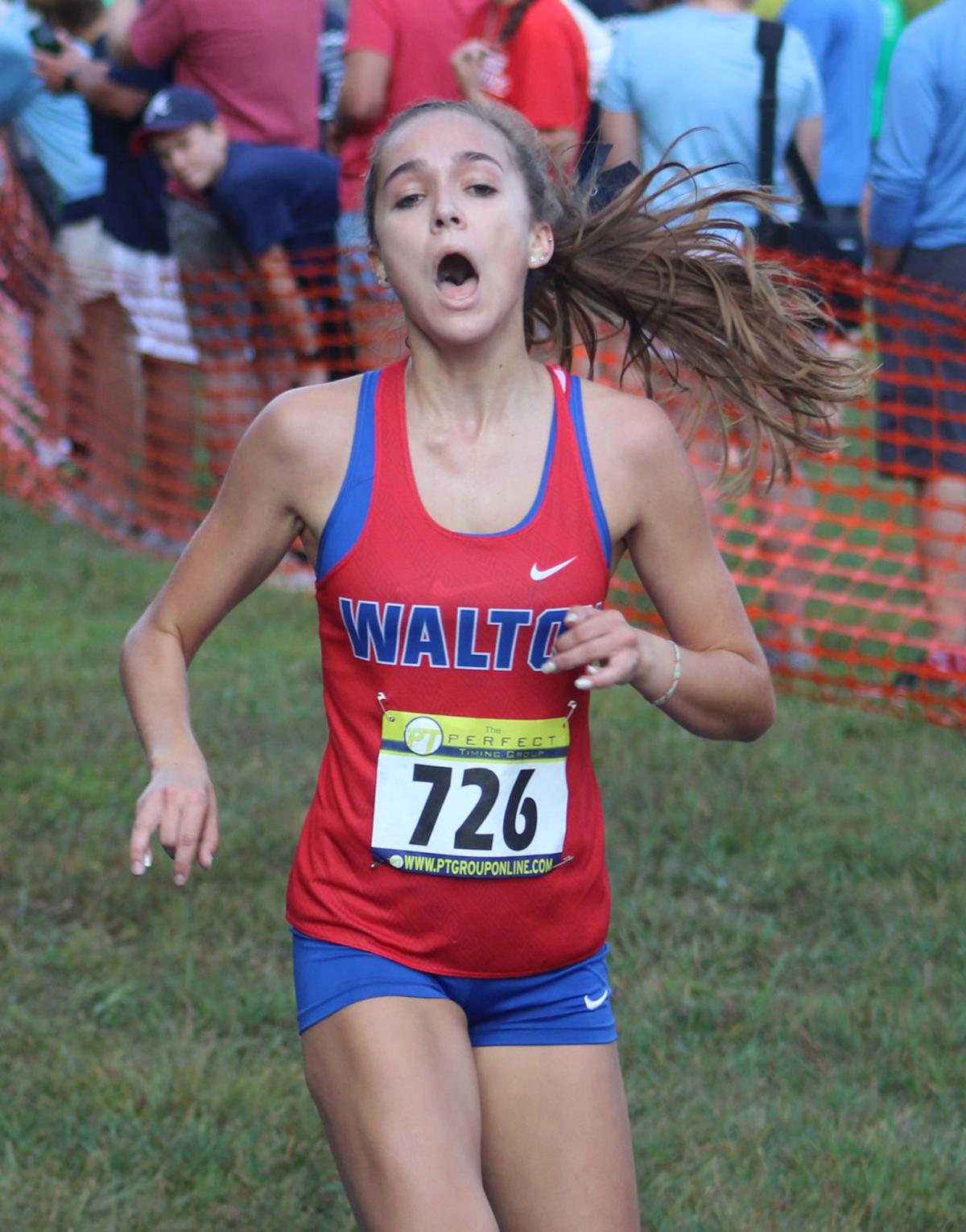 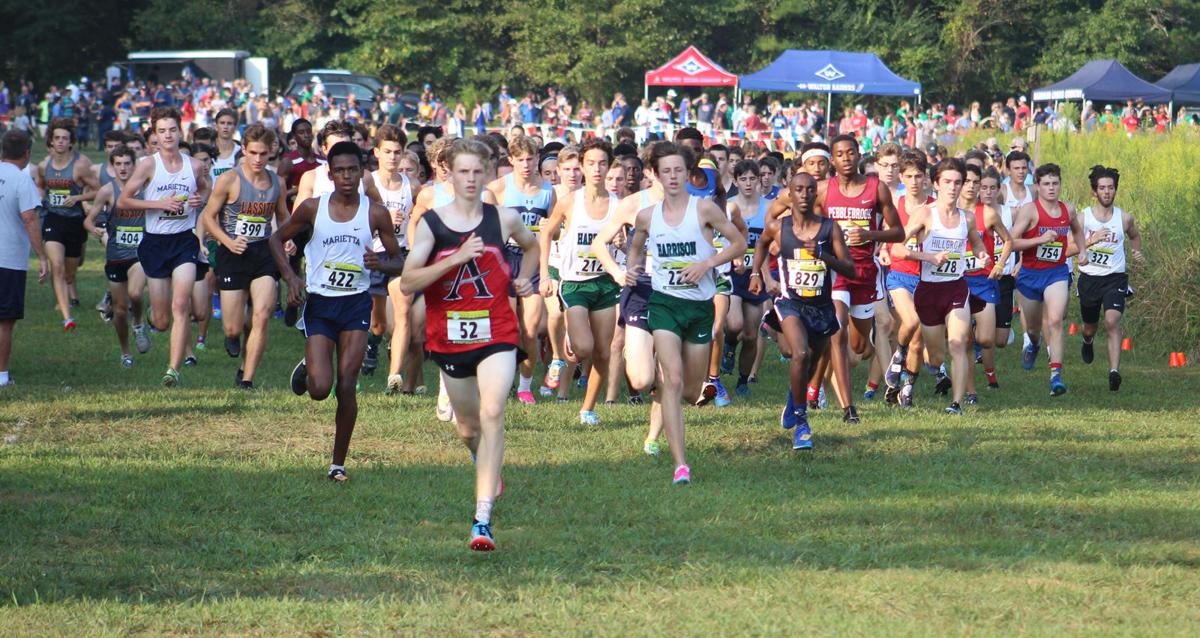 The boys race begins in the county meet. 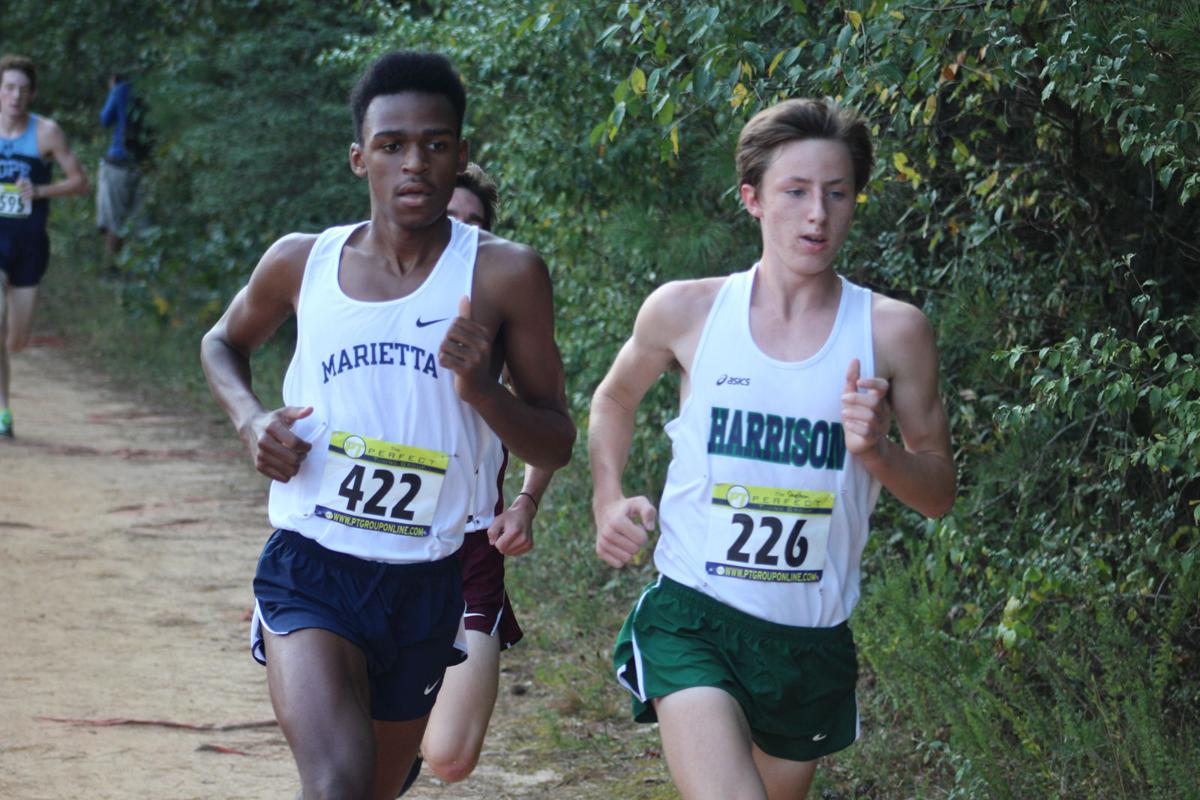 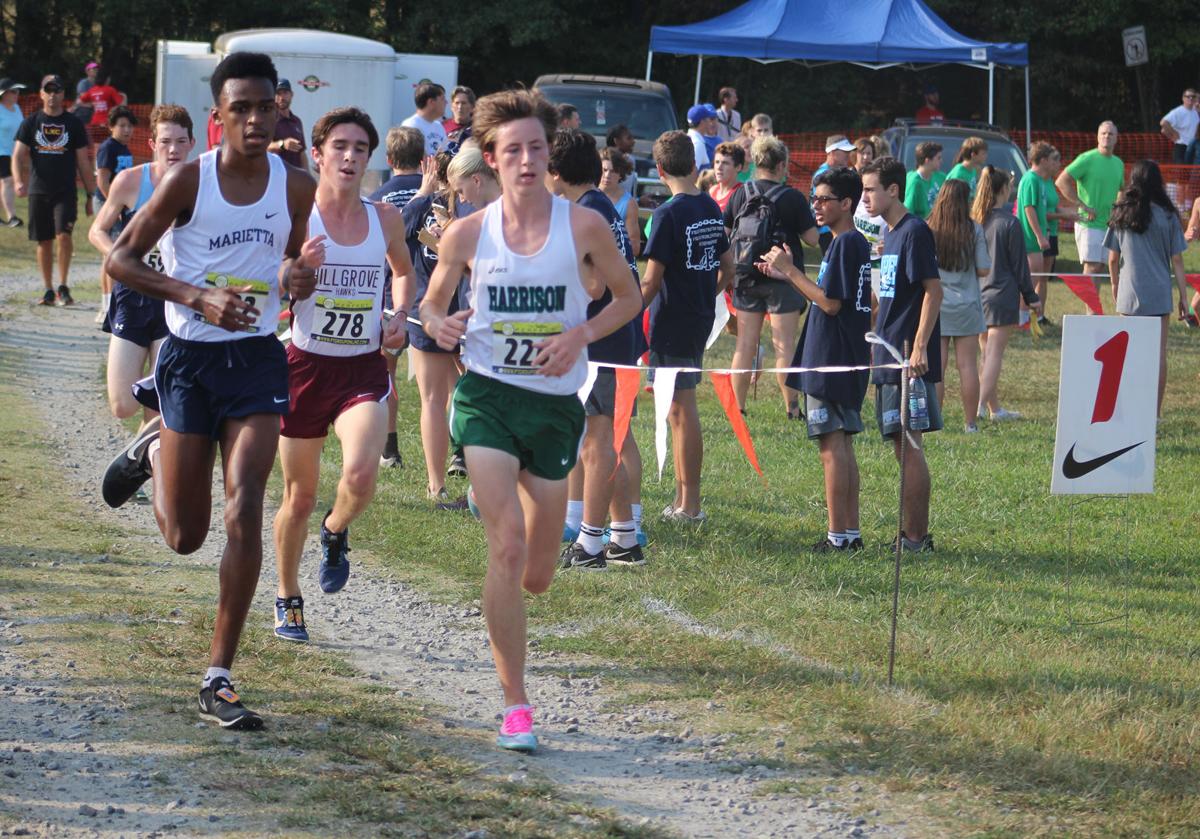 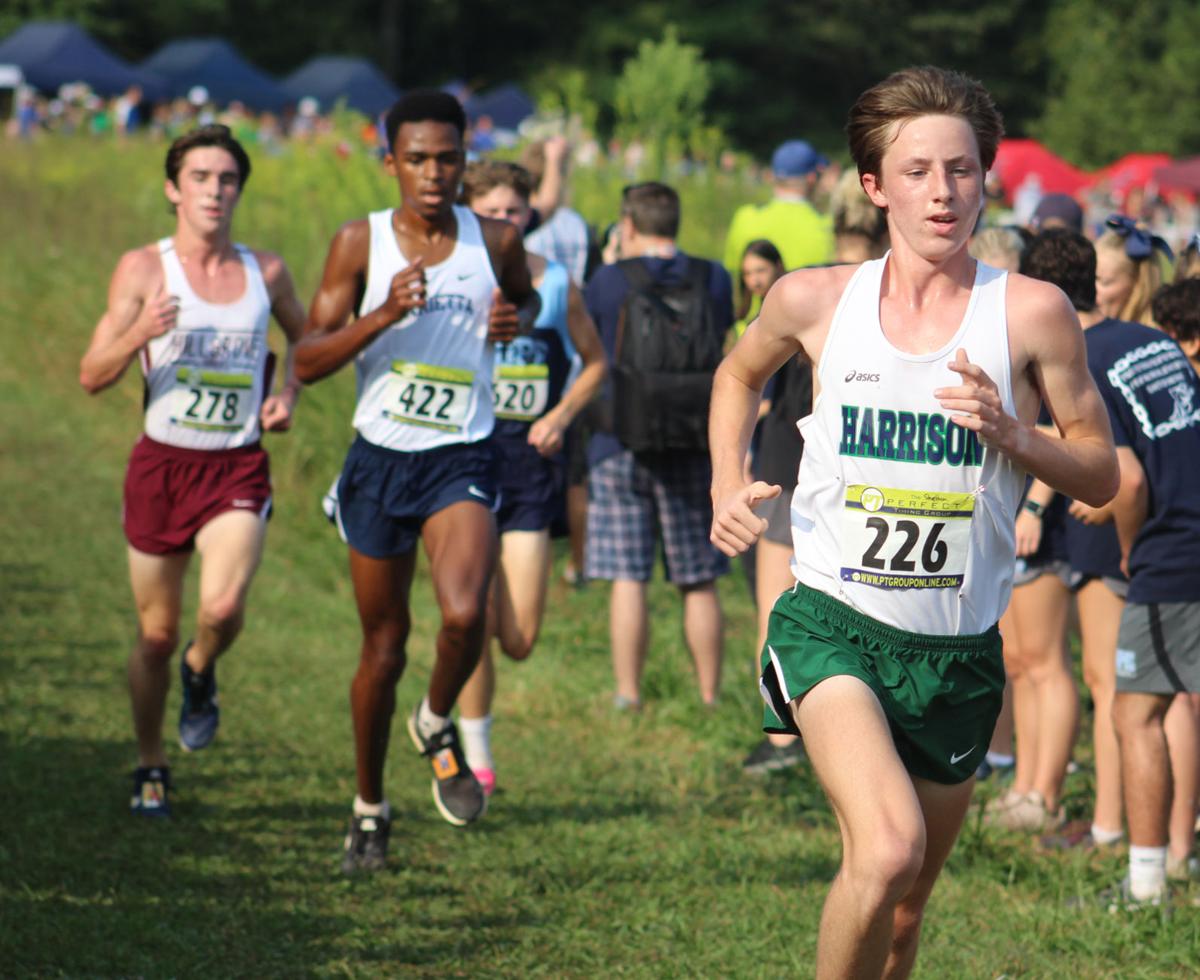 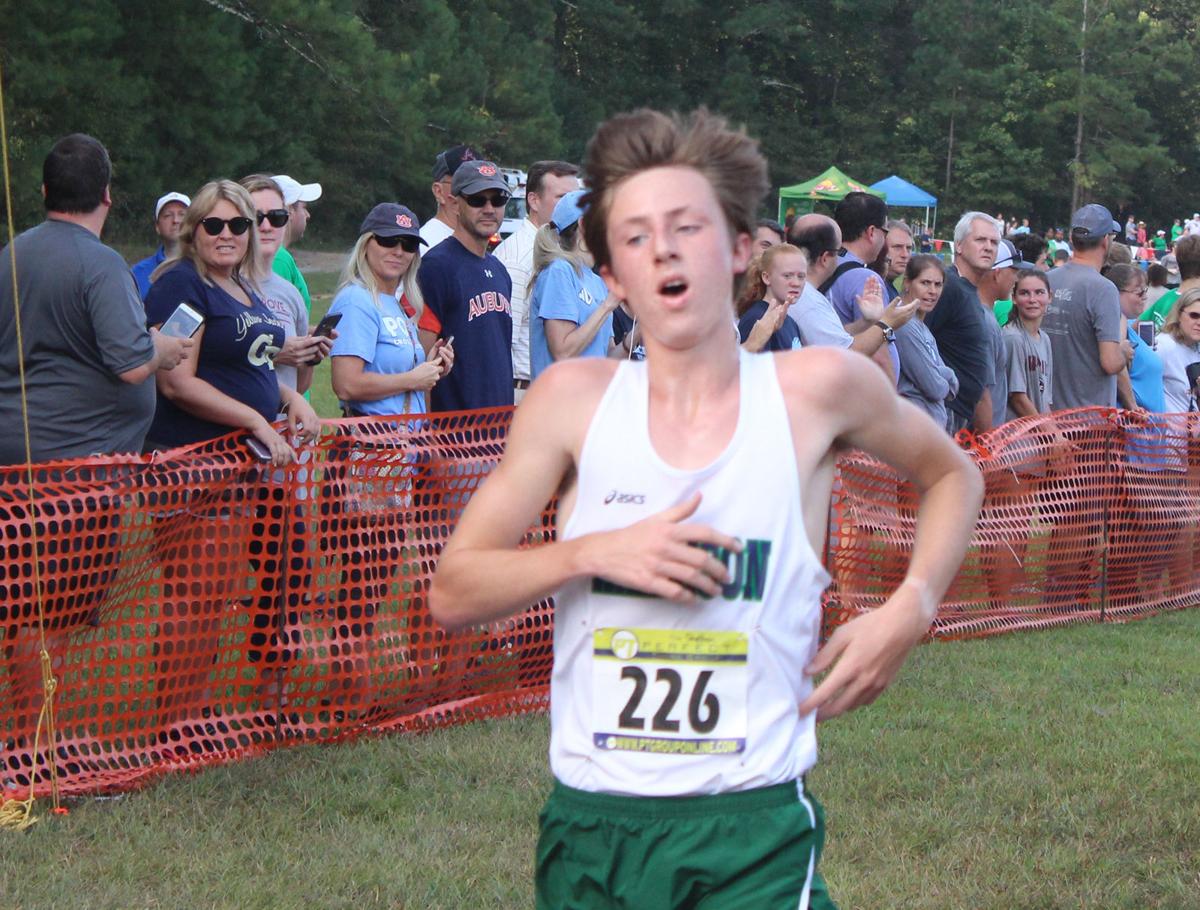 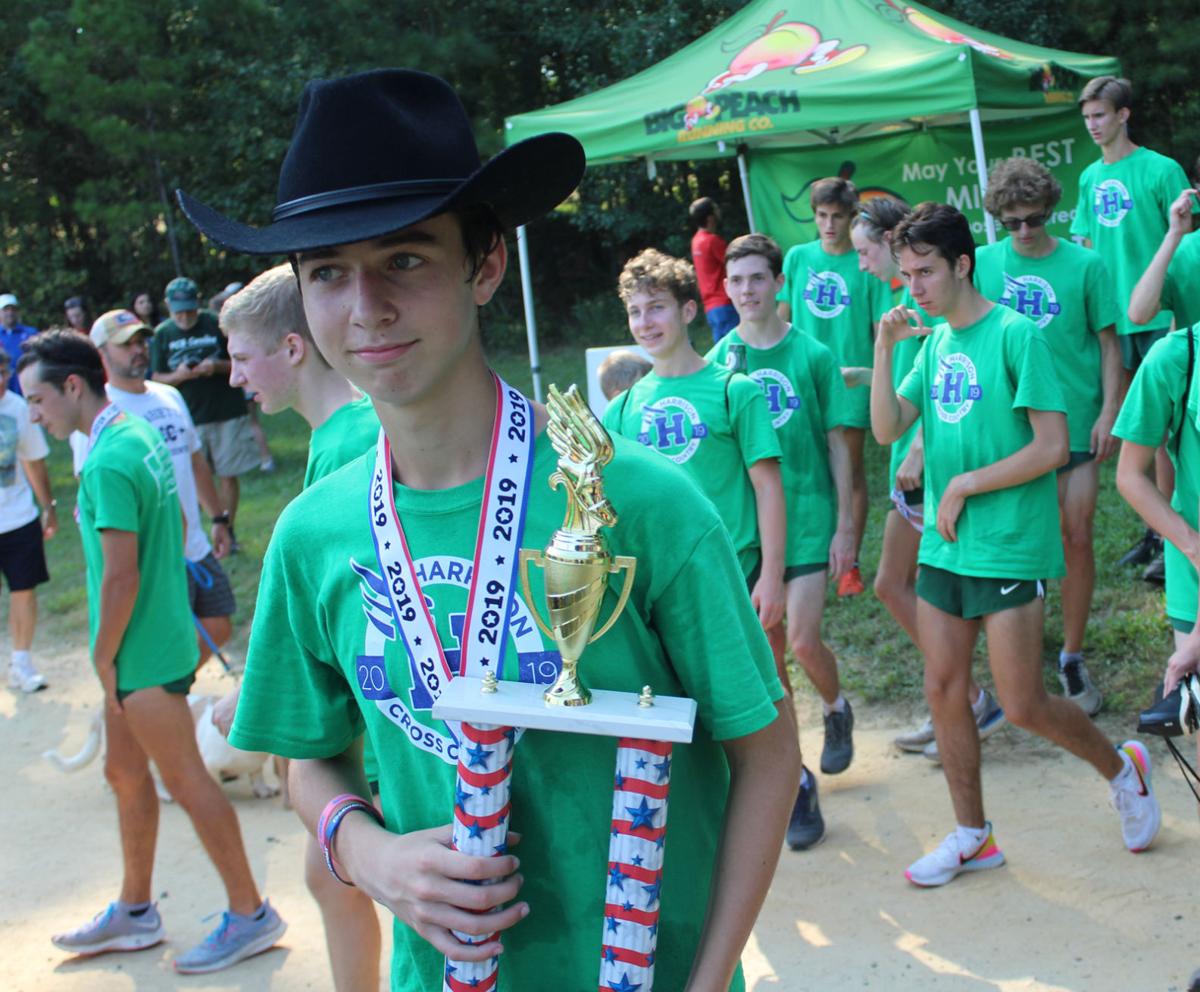 Kaden McVey holds the trophy after Harrison won the team championship at the county meet.

Hillgrove's runners celebrate after winning the girls team title in the county meet.

The girls race begins in the county meet.

The boys race begins in the county meet.

Kaden McVey holds the trophy after Harrison won the team championship at the county meet.

ACWORTH -- During Saturday's Cobb County Cross Country Championships at Allatoona Creek Park, the boys race played out like coaches thought it would.

As many as five different teams had a shot of winning.

However, the winning team turned out to be Harrison, which averaged a time of 16 minutes, 28 seconds to win the title with 48 points. Marietta was second with 57 points, followed by Walton (75), Pope (77) and Hillgrove (108).

The girls race was equally as competitive. While Hillgrove (41) used its depth to win by a wide margin over runner-up Harrison, only 12 points separated the second- and fifth-place teams.

While the front pack in the boys race looked relatively tight for the first 2 miles, Harrison raised its speed another notch, and it showed in the end.

“It was a good day. They ran well,” Harrison co-coach Kent Simmons said. “It was a really good race. It was back-and-forth. It was Pope, it was us, it was Marietta. Walton was sneaking in there a little bit. Our boys in that last mile really turned it on and had a great race.”

To show just how fast the Hoyas ran, Mark Ravenscraft was the team’s fifth-best finisher, clocking in at 17:04.28.

Sully Shelton was in the lead pack with Marietta’s Khamari Miller and Hillgrove’s Noah Hayes for the first 2 miles before branching out on his own to win individually in 15:29.18.

Not only did Hoyas running fast, the boys race as a whole was more than 30 seconds faster than last year, when the individual winning time was 16:05.72.

In the girls race, Grace Ellsworth captured the individual crown with a time of 18:57.40 after finishing runner-up three straight years. Harrison’s Riley Perlakowski was a distant second, finishing in 19:15.16. Walton’s Sarah Burwell was third (19:19.28).

“We had a good feeling that, if we came in and ran the way we knew we were capable of running, we felt like no other team had the depth that we had,” Hillgrove coach Jonathan Gambrell said. “But you never know on the day what’s going to happen. They ran just how we thought they were capable of, and I think it showed in the results.”