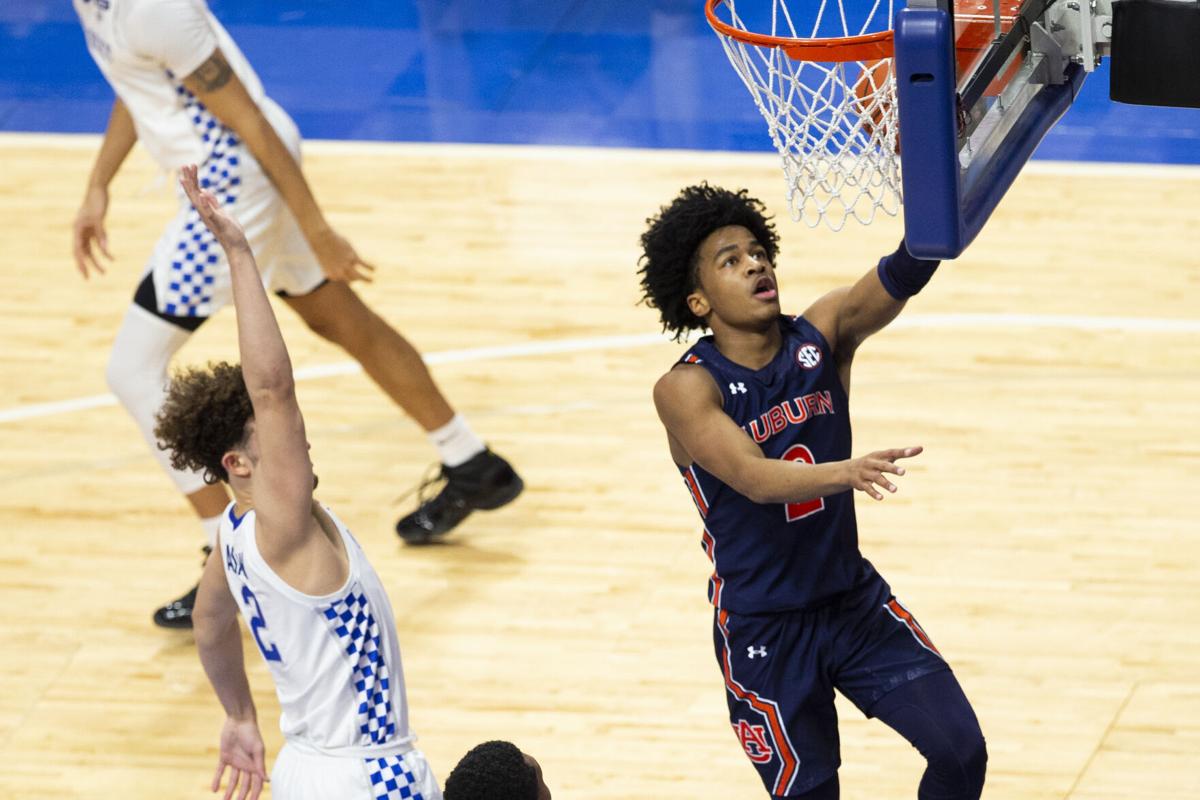 Feb 13, 2021; Lexington, Kentucky, USA; Auburn Tigers guard Sharife Cooper (2) goes in for a layup while being guarded by Kentucky Wildcats guard Devin Askew (2) during the first half of the game at Rupp Arena at Central Bank Center. Mandatory Credit: Arden Barnes-USA TODAY Sports 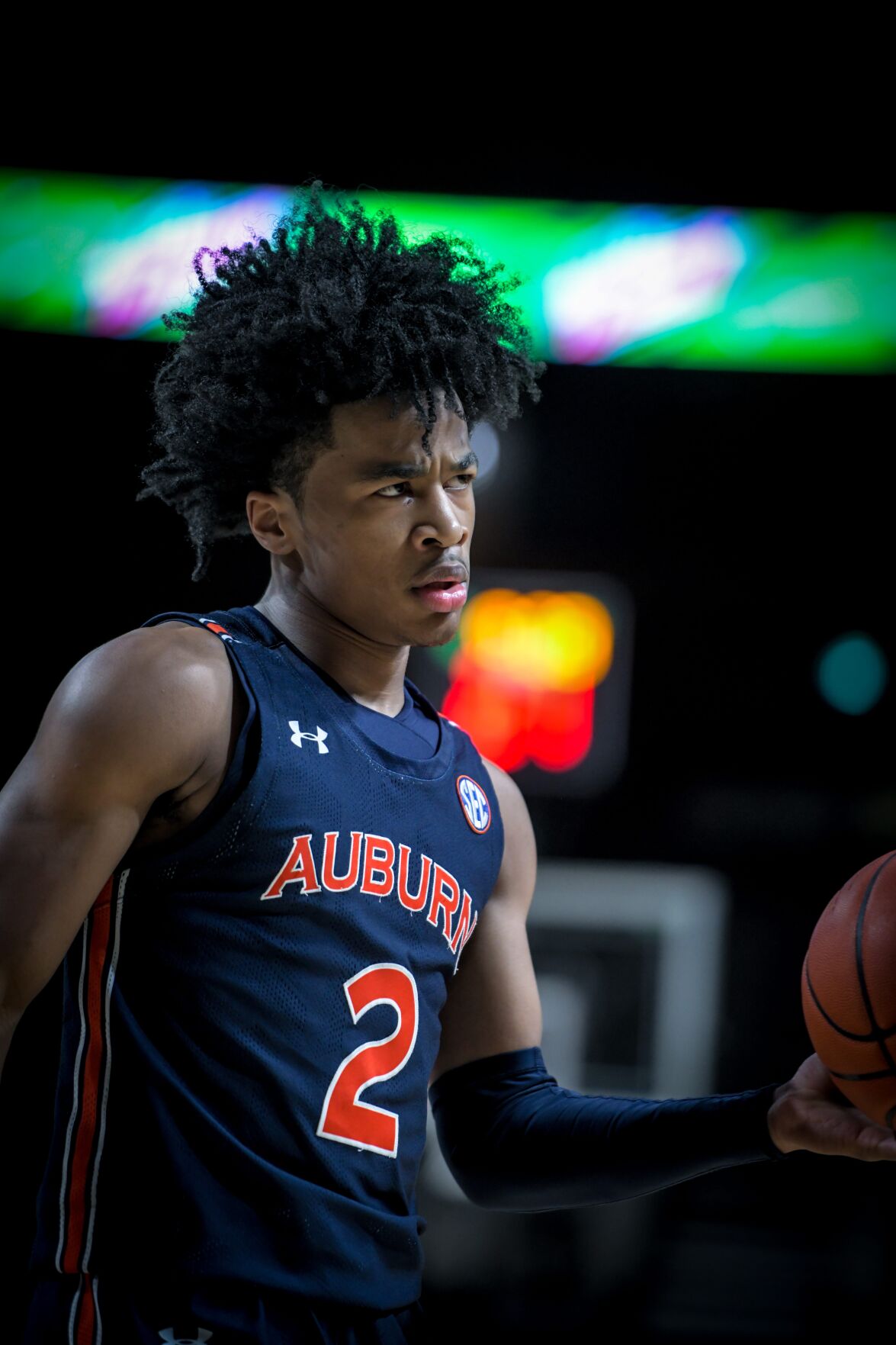 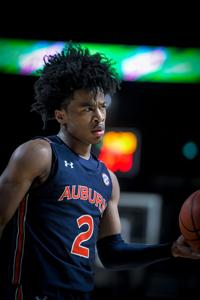 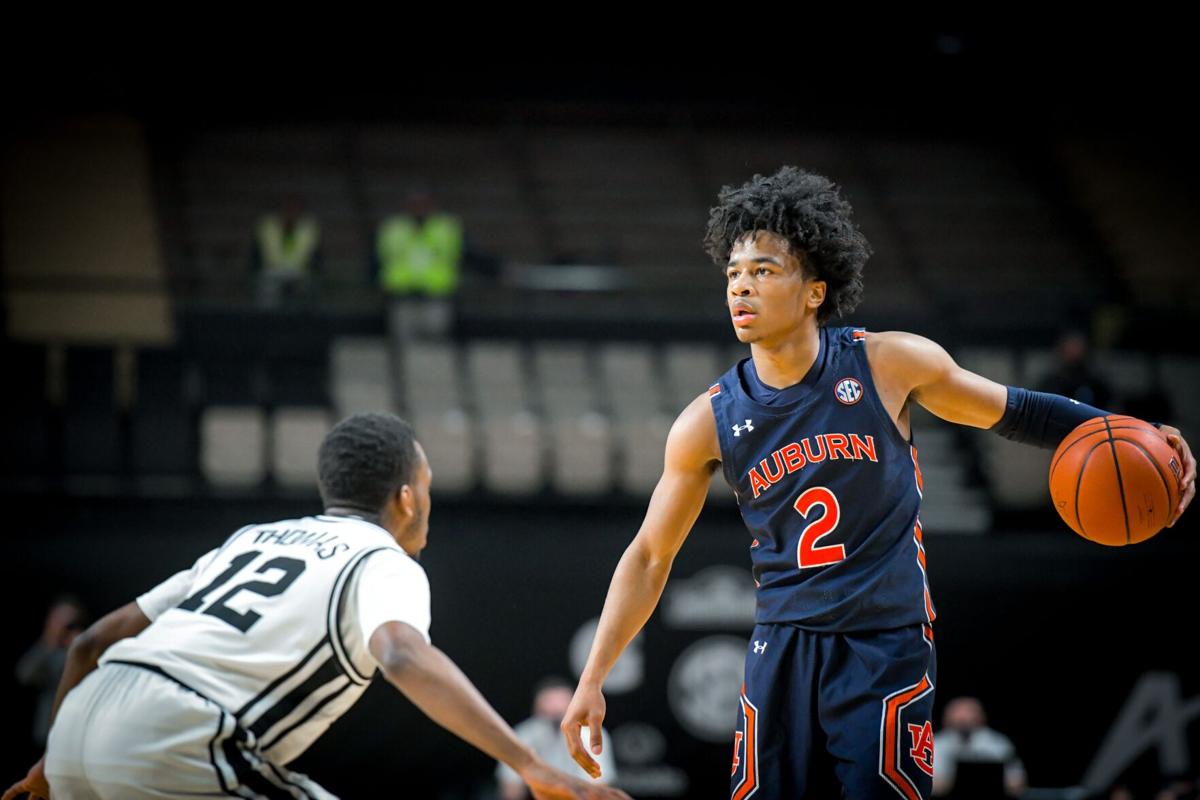 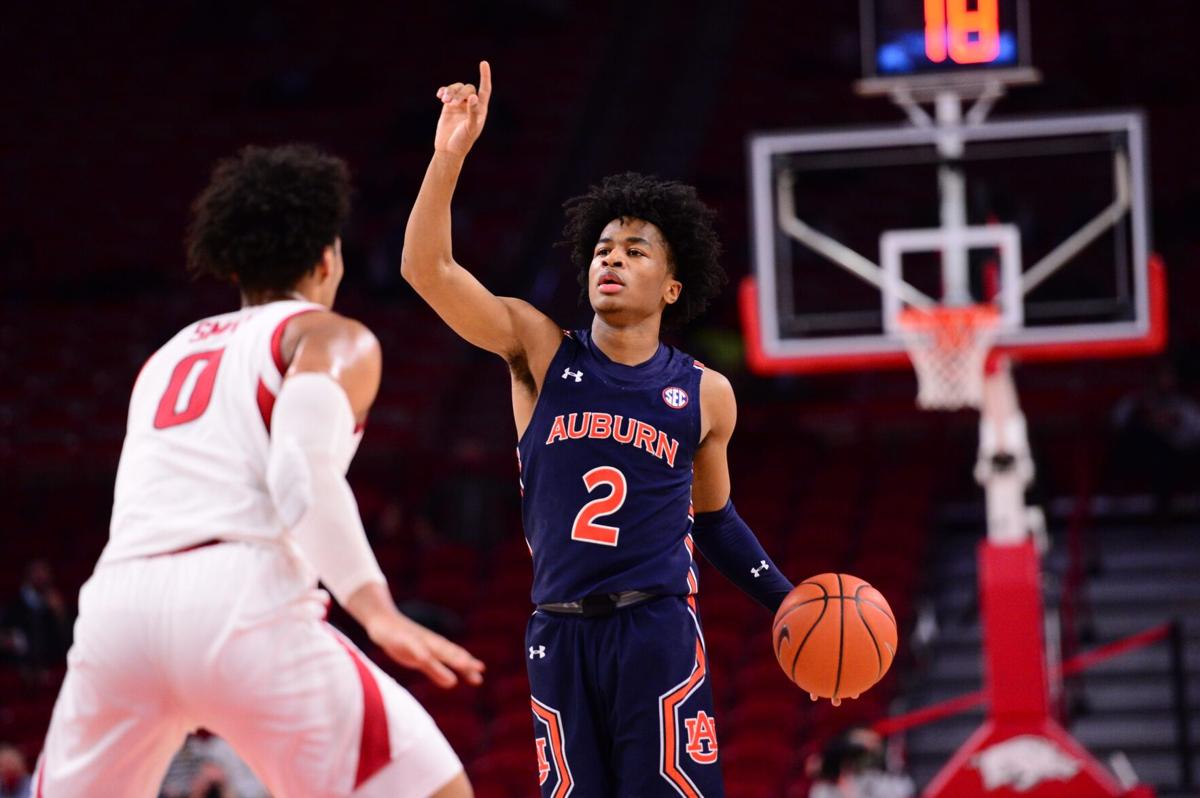 Feb 13, 2021; Lexington, Kentucky, USA; Auburn Tigers guard Sharife Cooper (2) goes in for a layup while being guarded by Kentucky Wildcats guard Devin Askew (2) during the first half of the game at Rupp Arena at Central Bank Center. Mandatory Credit: Arden Barnes-USA TODAY Sports

Sharife Cooper only played 12 games for Auburn during the 2020-21 season, but that appears to be enough for him.

The 6-foot-1, 180-pound point guard, a McEachern High School product, announced Friday he would be foregoing the remainder of his college eligibility and making himself eligible for the NBA draft.

“This past year has been nothing short of special — one of the best years of my life coming here to Auburn and being embraced by something that’s bigger than me,” Cooper said in a release on the Auburn athletic website. “It’s hard to imagine what it was like when I was in high school when I wasn’t here yet, but I always couldn’t wait to get here. Being here and being embraced by Auburn and the community is something that I’ll live with forever. Through thick and thin, Auburn and my family have had my back, and I couldn’t be more thankful for that. In times like this, I like to reminisce and just thank the people that have been there since the beginning.

“First and foremost, I would like to thank God. Without him, none of this is possible. I’m just so thankful for people like my mother. She’s been there every step of the way and at every game. I can’t remember a game that she’s missed, whether it was watching it or being there. My dad — it’s hard to pinpoint one thing that I could thank him for. Just being there, being him, the person he is, I couldn’t be more thankful for having someone like that in my life. My brother and my sisters — Te’a, Mia, Omar — I couldn’t be more thankful for them. They’re my rock. To the Auburn staff — Coach (Bruce) Pearl, Coach (Ira) Bowman, Coach (Wes) Flanigan, Coach Steven Pearl, Coach (Damon) Davis and the rest of the staff — they’ve helped me tremendously just getting better, getting stronger and becoming a better player and a better version of myself on the court and off the court. To know in the back of your head that Auburn has your back is a feeling that I can’t explain.

“It was a tough decision, a hard decision, but with that being said, I would like to declare for the 2021 NBA Draft and hire an agent. I’m forever grateful to be a part of the Auburn Family. If I had to make the decision a million more times, I’d pick Auburn every time. War Eagle.”

The season had a tumultuous start as Cooper missed Auburn’s first 11 games due amid an NCAA investigation into his eligibility, but when he finally saw the court, he made an immediate impact. Cooper made his debut Jan. 9 against archrival Alabama and put up 26 points, nine assists, four rebounds and three steals.

Cooper set a career high for points in the next game when he scored 28 in a game at Georgia, and later matched it against Missouri. For the season, he averaged 20.2 points, 8.1 assists and 4.3 rebounds per game.

“His character and his hard work clearly shined through his lone season with us,” Auburn coach Bruce Pearl said in the release. “After missing 72 days of practice, he started his first game against Alabama and put up 26 points and nine assists to help us take the would-be SEC champions down to the wire. He is a once-in-a-generation point guard who has an uncanny ability to score and help others score. I’m proud of him, and he’ll always be an Auburn Tiger.”

Cooper’s ball-handling skills have caught the attention of the NBA scouts, and it is reported he could be one of the lottery selections during the draft July 29.

If Cooper is a lottery pick, it would mark the second straight year a former McEachern and Auburn standout goes in the top half of the first round. Last year, Isaac Okoro was taken with the overall fifth pick by the Cleveland Cavaliers.

Cooper, a five-star recruit, teamed with Okoro to help McEachern to an undefeated 2018-19 season, which brought the program its first state championship. During that year, Cooper was named the USA Today Boys High School Player of the Year and a Sports Illustrated first-team All-American.

Cooper is also looking to follow in the footsteps of his sister, Te’a, who was the 18th overall pick of the 2020 WNBA draft out of Baylor by the Phoenix Mercury. Te’a Cooper ultimately played the 2021 WNBA season with the Los Angeles Sparks.