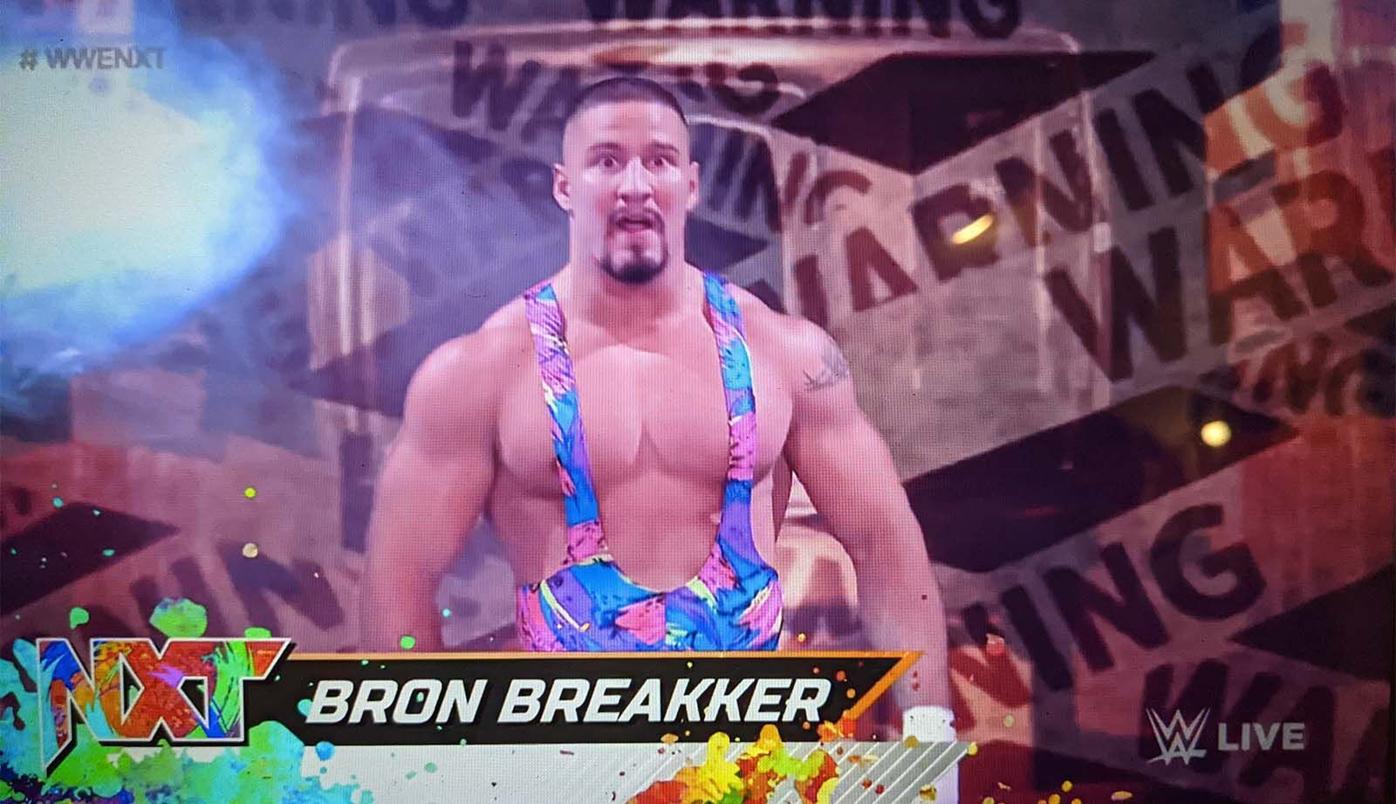 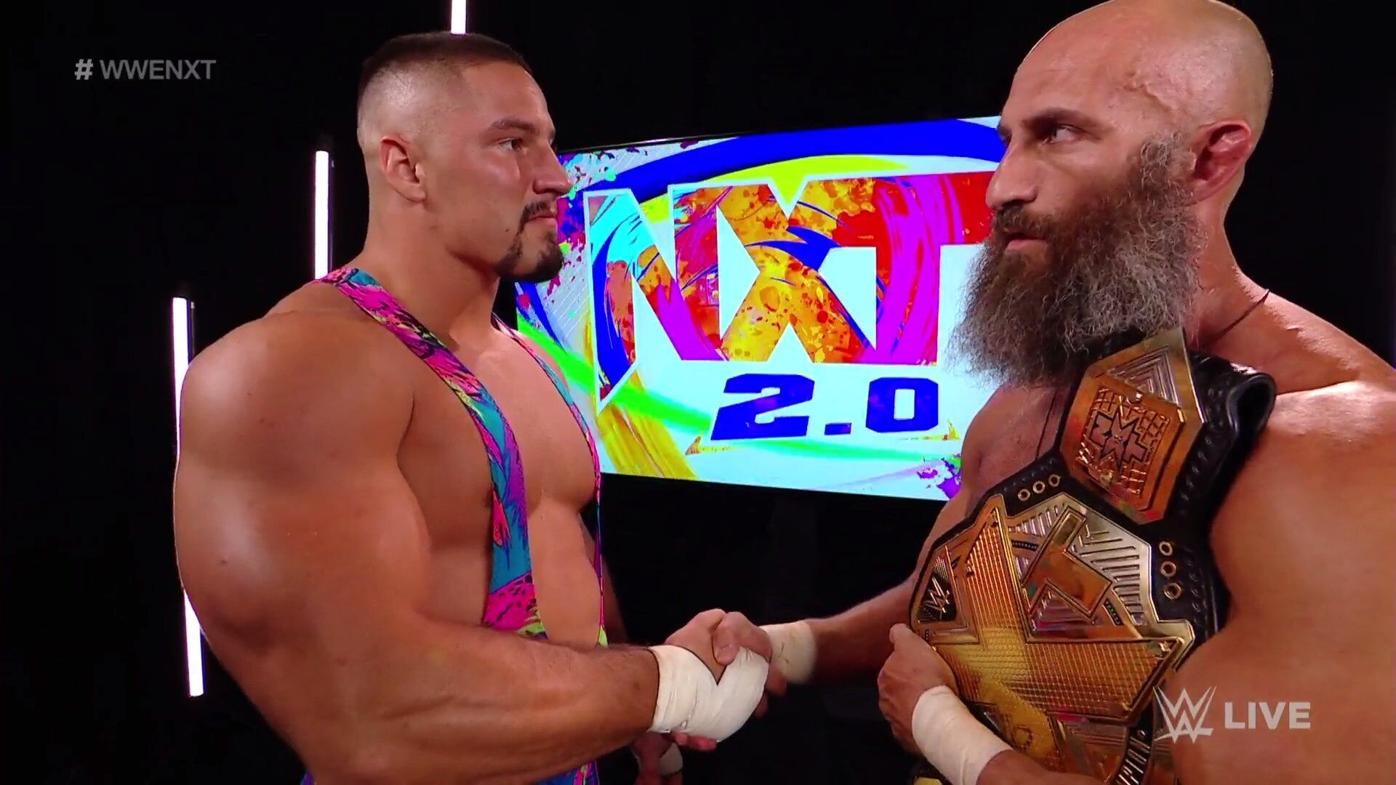 Bronson Rechsteiner, left going by the ring name of “Bron Breakker,” faces off with NXT champion Tommaso Ciampa at the end of Wednesday’s broadcast.

Bronson Rechsteiner, left going by the ring name of “Bron Breakker,” faces off with NXT champion Tommaso Ciampa at the end of Wednesday’s broadcast.

A generation after his father and uncle were on the professional wrestling airwaves, Bronson Rechsteiner got his turn Wednesday.

Rechsteiner, a Cherokee County native and former star athlete at Etowah High School and Kennesaw State, made his televised WWE debut, and he was successful in doing so.

The 23-year-old, going by the name of “Bron Breakker,” competed in the opening match of WWE’s NXT-branded show on the USA Network. He won his match against veteran wrestler LA Knight.

At the end of the broadcast from the WWE Performance Center in Orlando, Florida, Rechsteiner approached NXT mainstay Tommaso Ciampa and engaged in a stare-down over the championship belt Ciampa won earlier in the show.

Rechsteiner had previously appeared on the show in a role as an unnamed security guard, but Wednesday marked his first in-character appearance.

Rechsteiner is the youngest of three sons of Jayme and Robert Rechsteiner, a current Cherokee County school board member who achieved fame as Rick Steiner, alongside his brother, Scott. As the Steiner Brothers, they were multi-time tag team champions in World Championship Wrestling and what was then known as the World Wrestling Federation.

There was no direct link made between father and son during his debut match, though one of the commentators mentioned Bronson Rechsteiner’s “dog-faced gremlin mentality” in an apparent ode to his father’s nickname.

Bronson Rechsteiner first signed with WWE in February, following a brief tenure with the NFL’s Baltimore Ravens during a 2020 rookie minicamp. Before that, he was a Football Championship Subdivision All-American running back at Kennesaw State, leading the Owls with 909 rushing yards in 2019.

Before his college career, Rechsteiner was a two-sport standout at Etowah as a football player and state champion wrestler.