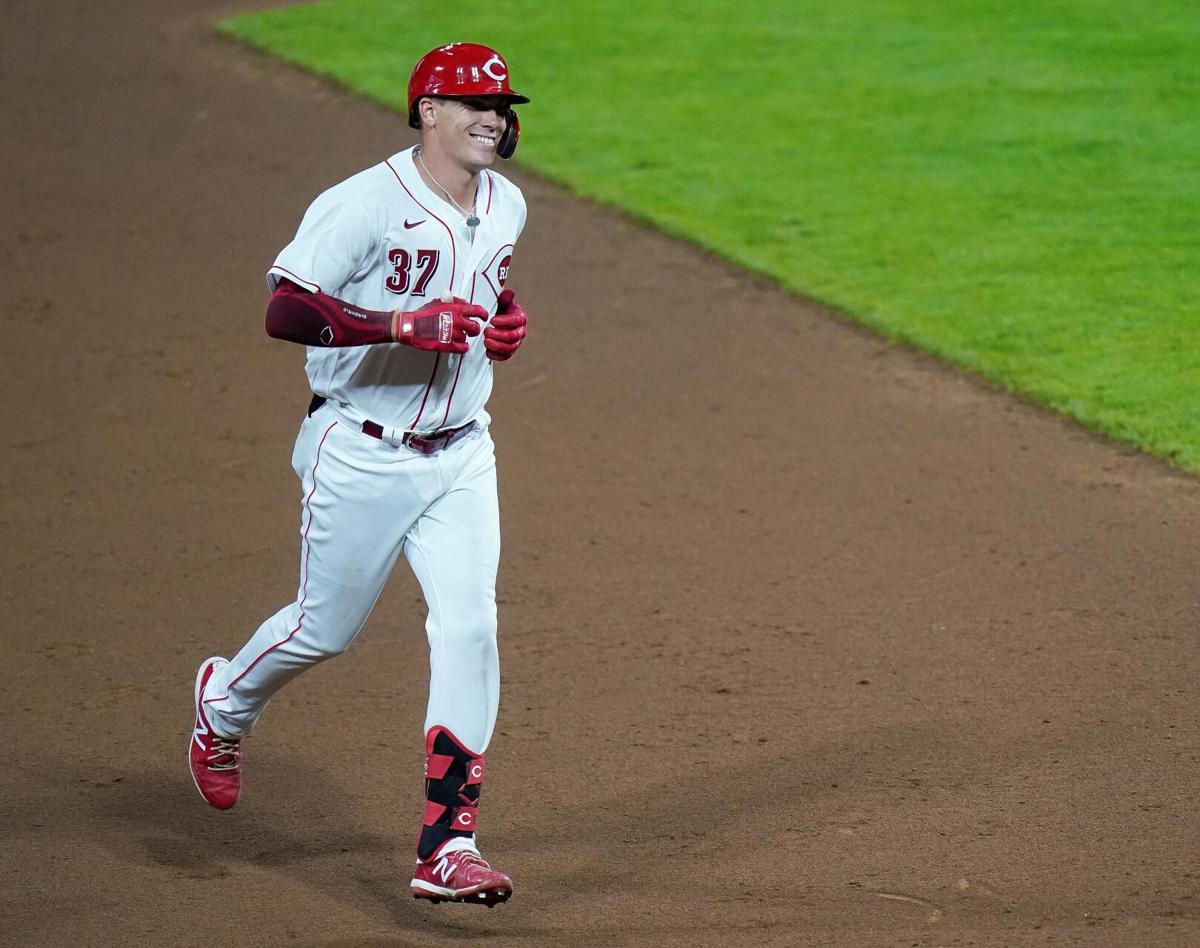 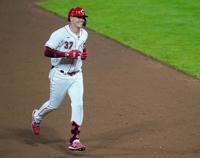 Former Kennesaw Mountain High School standout Tyler Stephenson runs the bases after hitting a homer in his first major league at-bat against the Cubs on Monday. 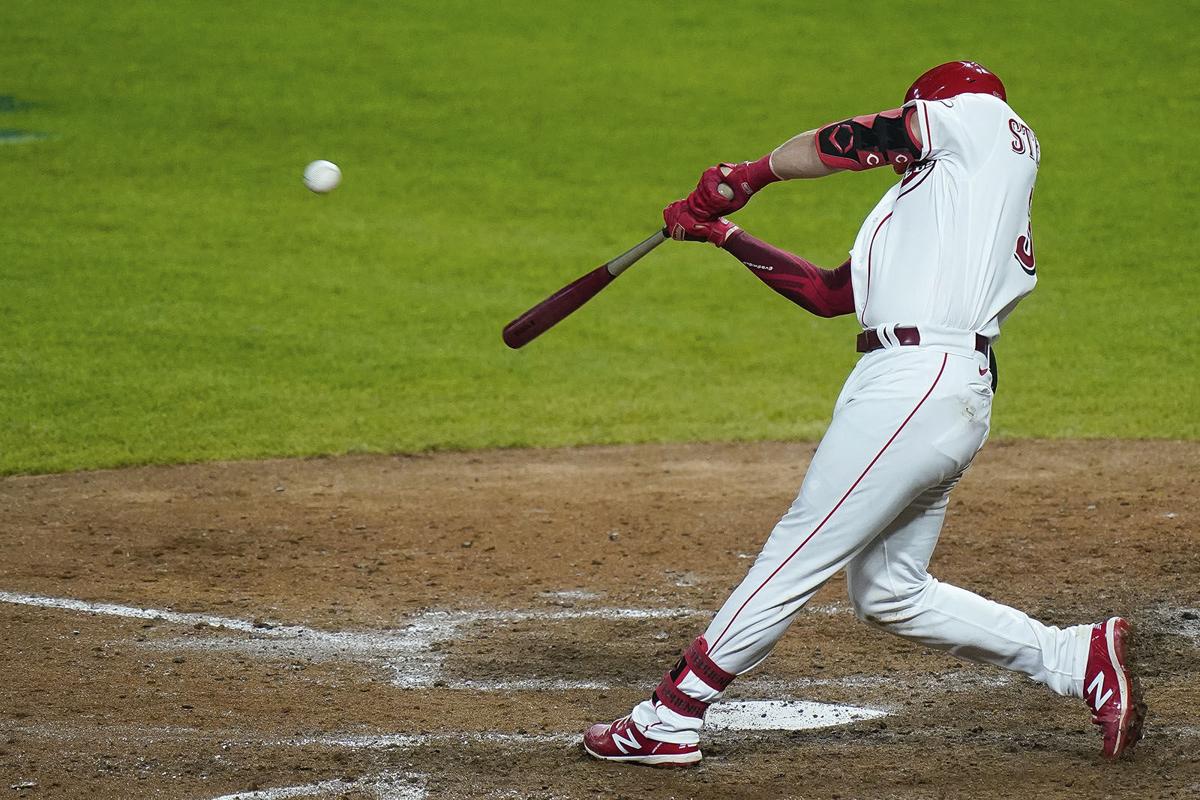 Former Kennesaw Mountain High School standout Tyler Stephenson runs the bases after hitting a homer in his first major league at-bat against the Cubs on Monday.

Former Kennesaw Mountain High School standout Tyler Stephenson made a great first impression in the major leagues, and he has another former Cobb County star to help thank for it.

The rookie catcher, who was recalled by the Cincinnati Reds on Sunday, made his debut in the seventh inning of Monday night’s game against the Chicago Cubs as a defensive replacement for starter Curt Casali. In his first at-bat in the bottom of the seventh, Stephenson hit the second pitch he saw over the fence in left-center field for a 415-foot home run.

The 23-year-old Stephenson, selected by the Reds with the 11th pick in the first round of the 2015 draft, became the 126th player in Major League Baseball history to hit a home run in his first at-bat. The pitch came off Cubs reliever Duane Underwood Jr., a Pope High School product making his second appearance of the season.

“I can’t even explain it,” Stephenson told reporters after the game. “The funny thing is Duane Underwood, he’s actually a local Atlanta guy, so it’s pretty funny how it all lined up, another local Atlanta guy that I’m facing for the first time. Sure enough, he throws me a first-pitch curveball, and I get a fastball out over the middle of the plate and I’m on time, I hit it. And after that, I don’t know what happened. It’s just pretty incredible.”

Trammell, a former Mount Paran Christian School standout, was a 2016 draft pick of the Reds, and the two were teammates at Class A Dayton in 2017, advanced Class A Daytona in 2018 and Double-A Chattanooga last year before Trammell was traded to the San Diego Padres as part of a midseason deal.

Trammell, who is now with San Diego’s satellite camp in the shortened season, did not hold back with his excitement for Stephenson, tweeting “Let’s go!” in all caps, punctuated by a number of random letters and exclamation points. He also retweeted video of Stephenson’s homer with an excited image of Muppet character Walter.

Stephenson became only the third player in Reds history to homer in his first at-bat, and the first since Ted Tappe did it against the Brooklyn Dodgers in 1950.

Stephenson also became the second Cobb County product to homer in his first at-bat. Wheeler graduate Jeremy Hermida did it in 2005 with the then-Florida Marlins, connecting for a grand slam.

Stephenson came to the plate twice more as the Reds tried to rally from an 8-1 deficit. In the eighth inning, he singled and came around to score. In the ninth, Stephenson drew a bases-loaded walk from former Atlanta Braves closer Craig Kimbrel.

For the game, Stephenson finished 2-for-2 with two RBIs and scored twice, though the Cubs held on for an 8-7 victory.