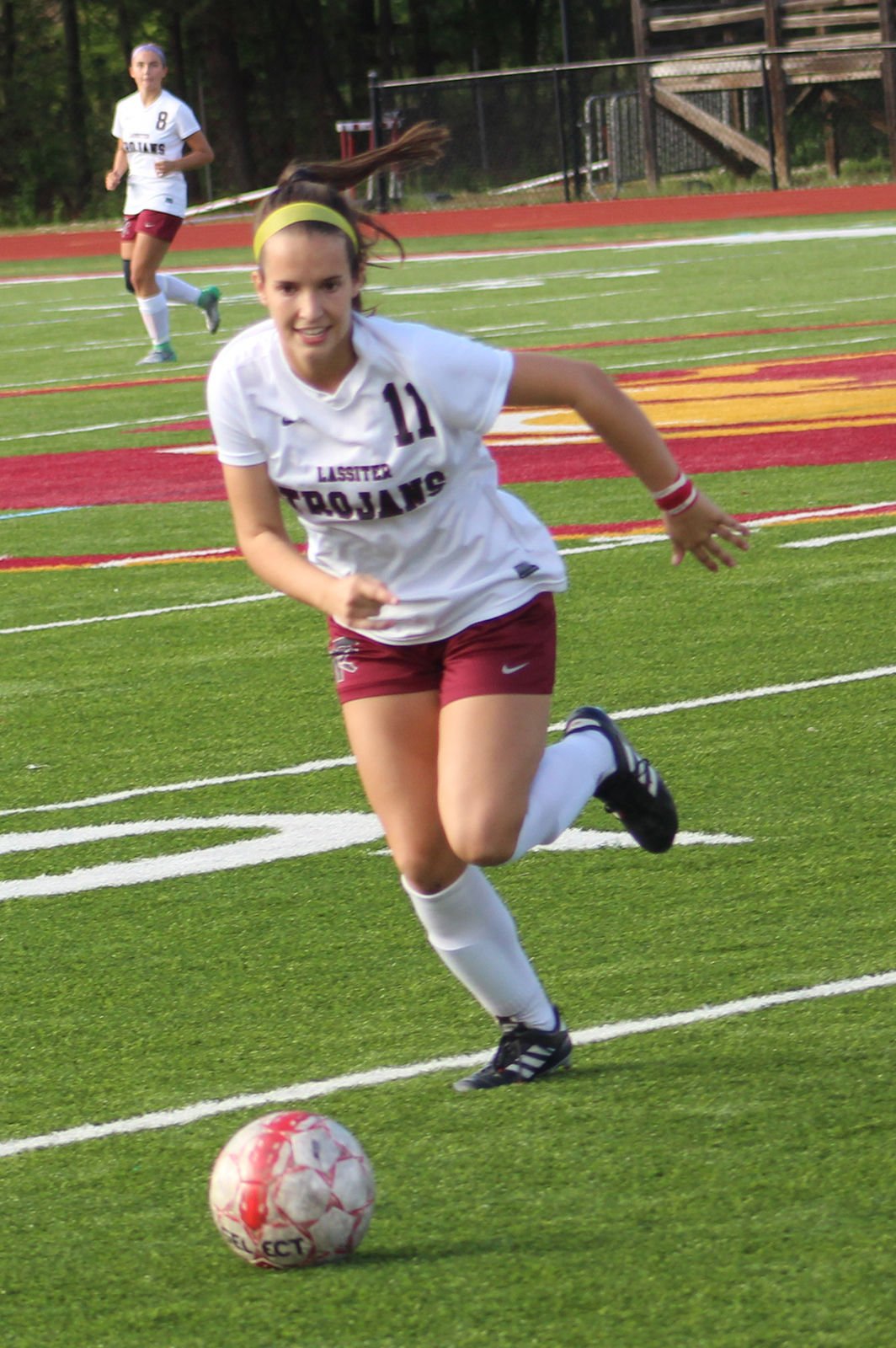 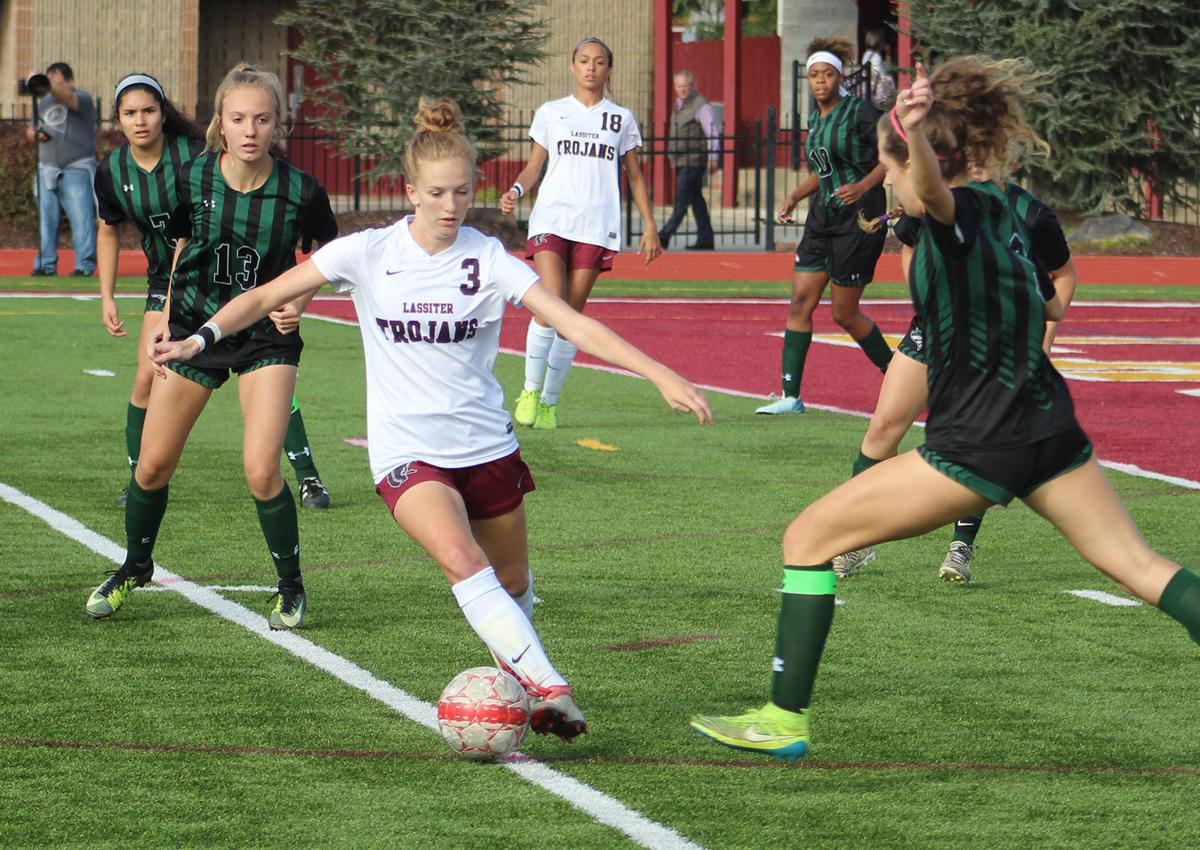 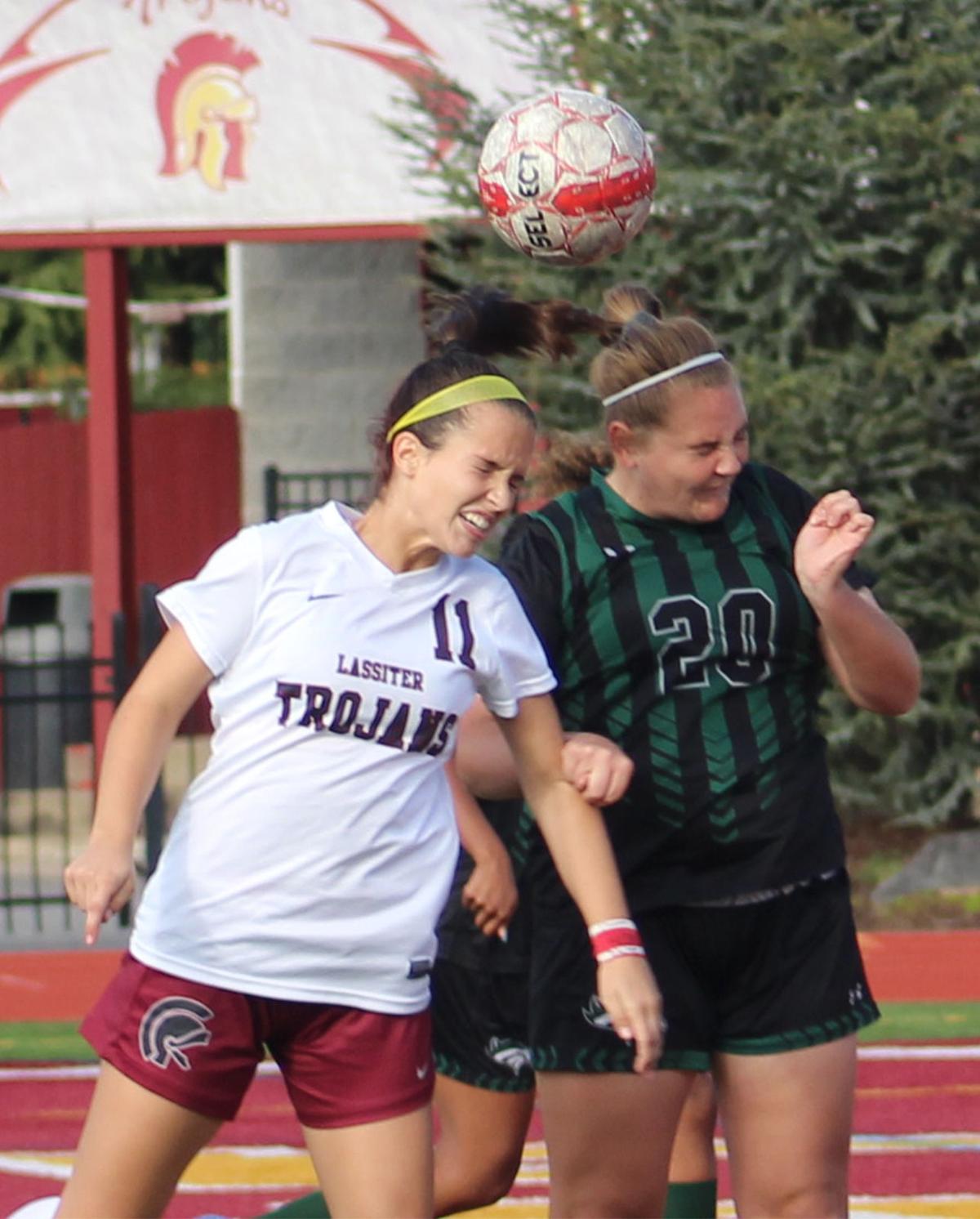 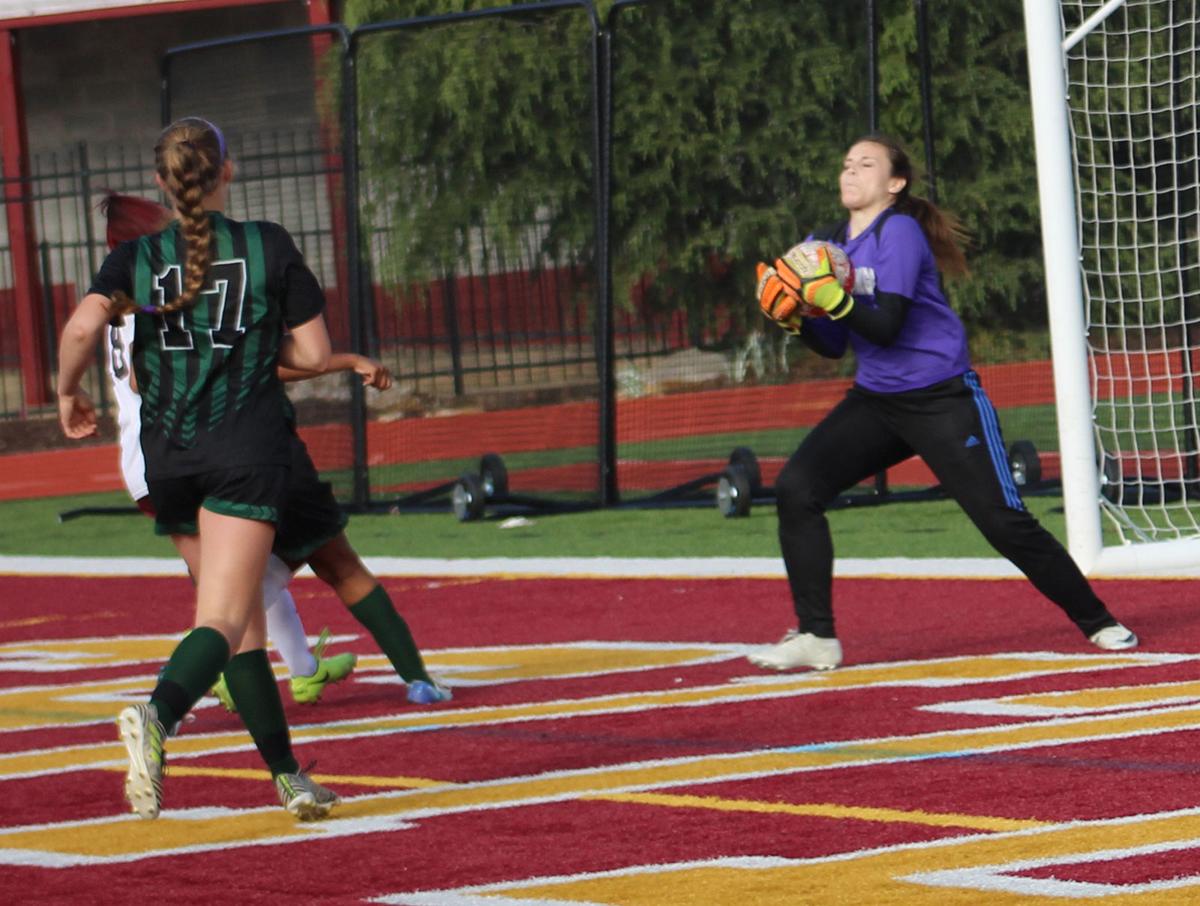 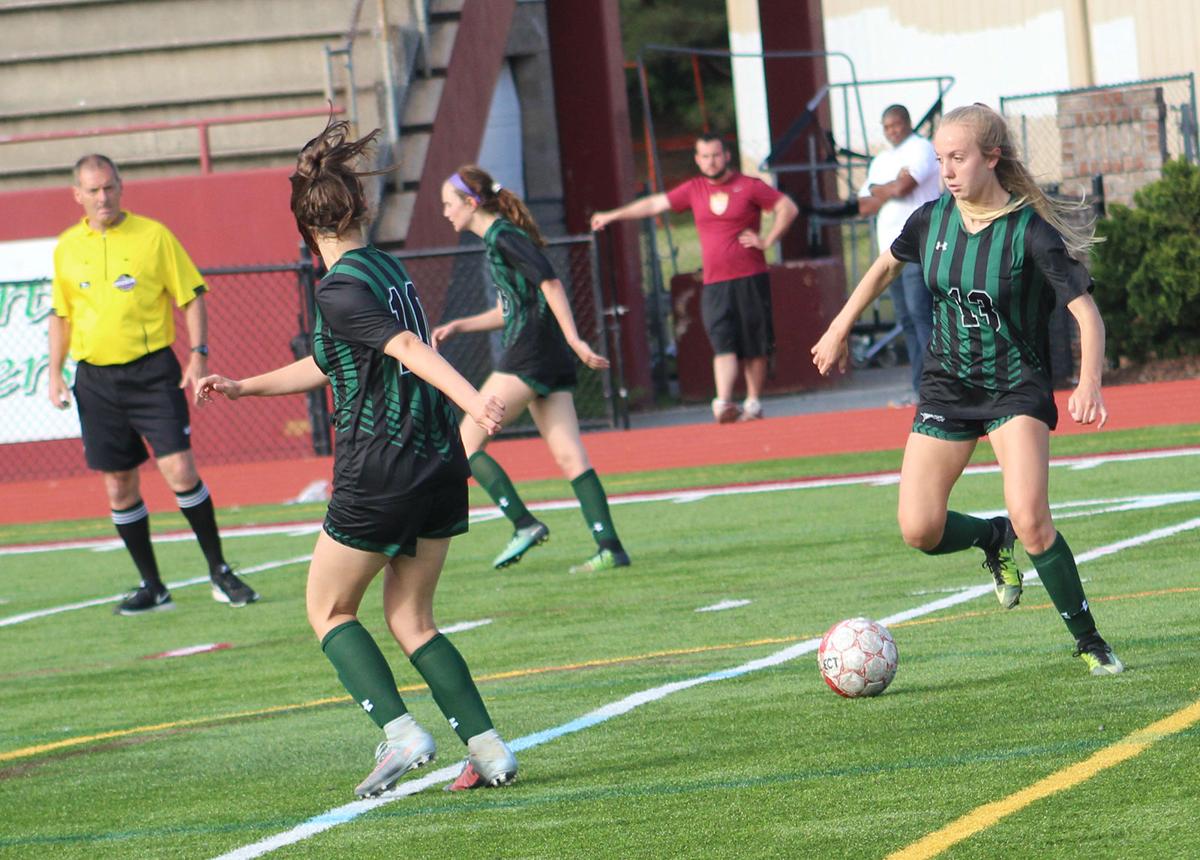 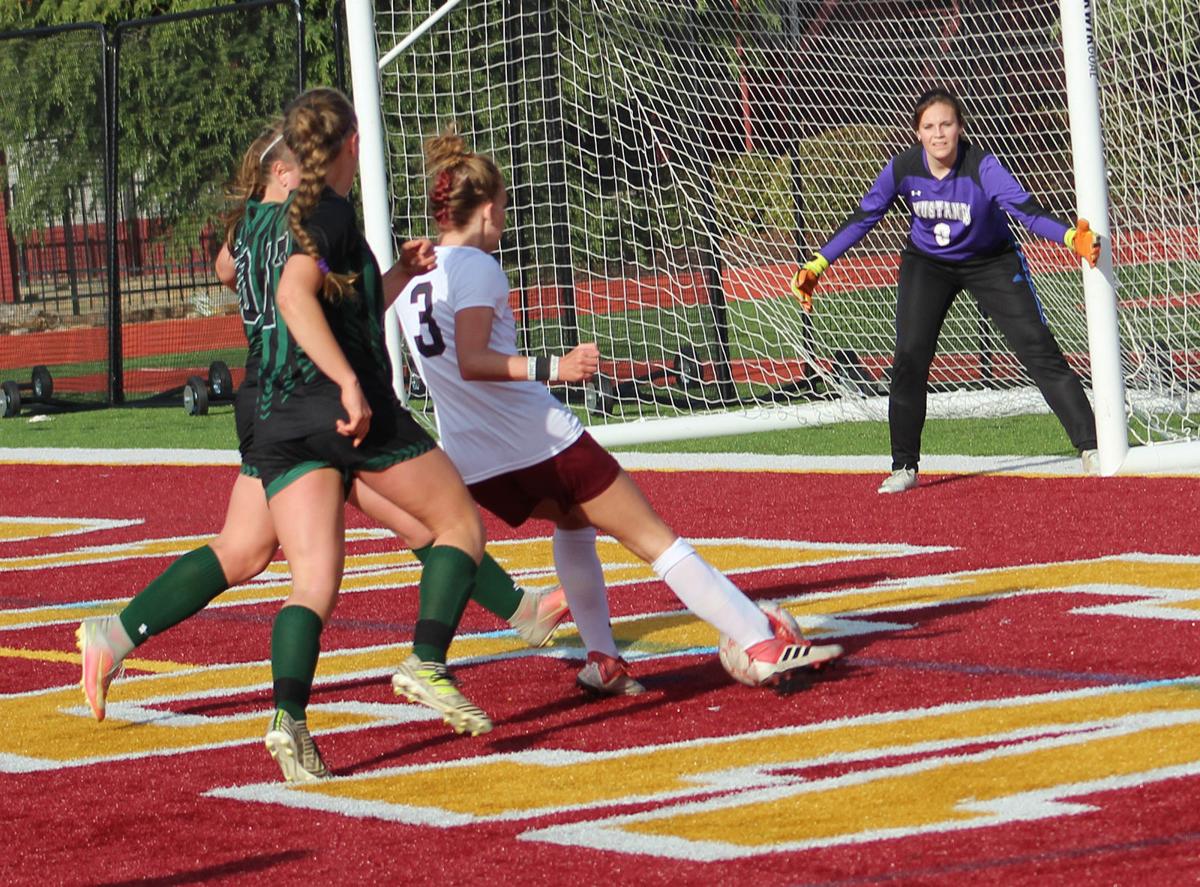 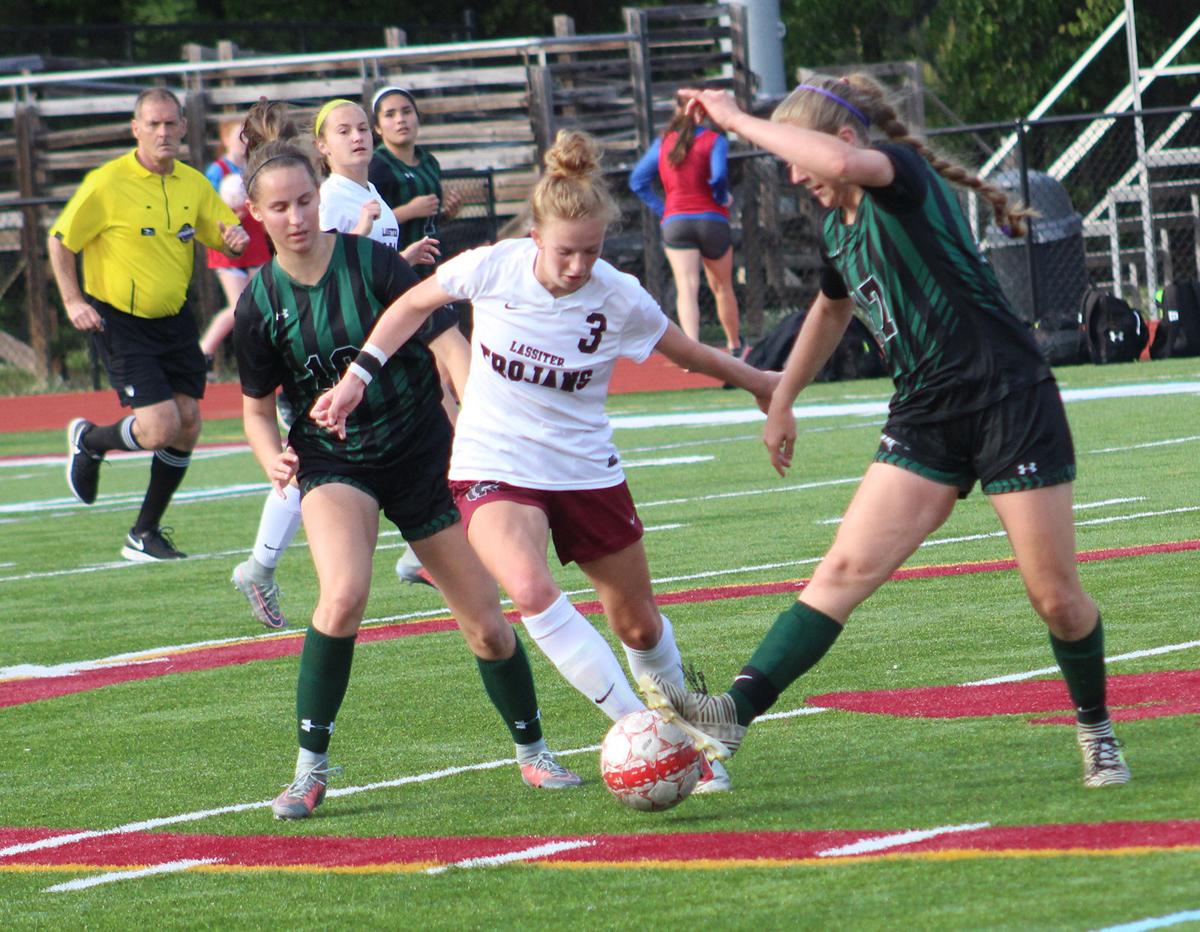 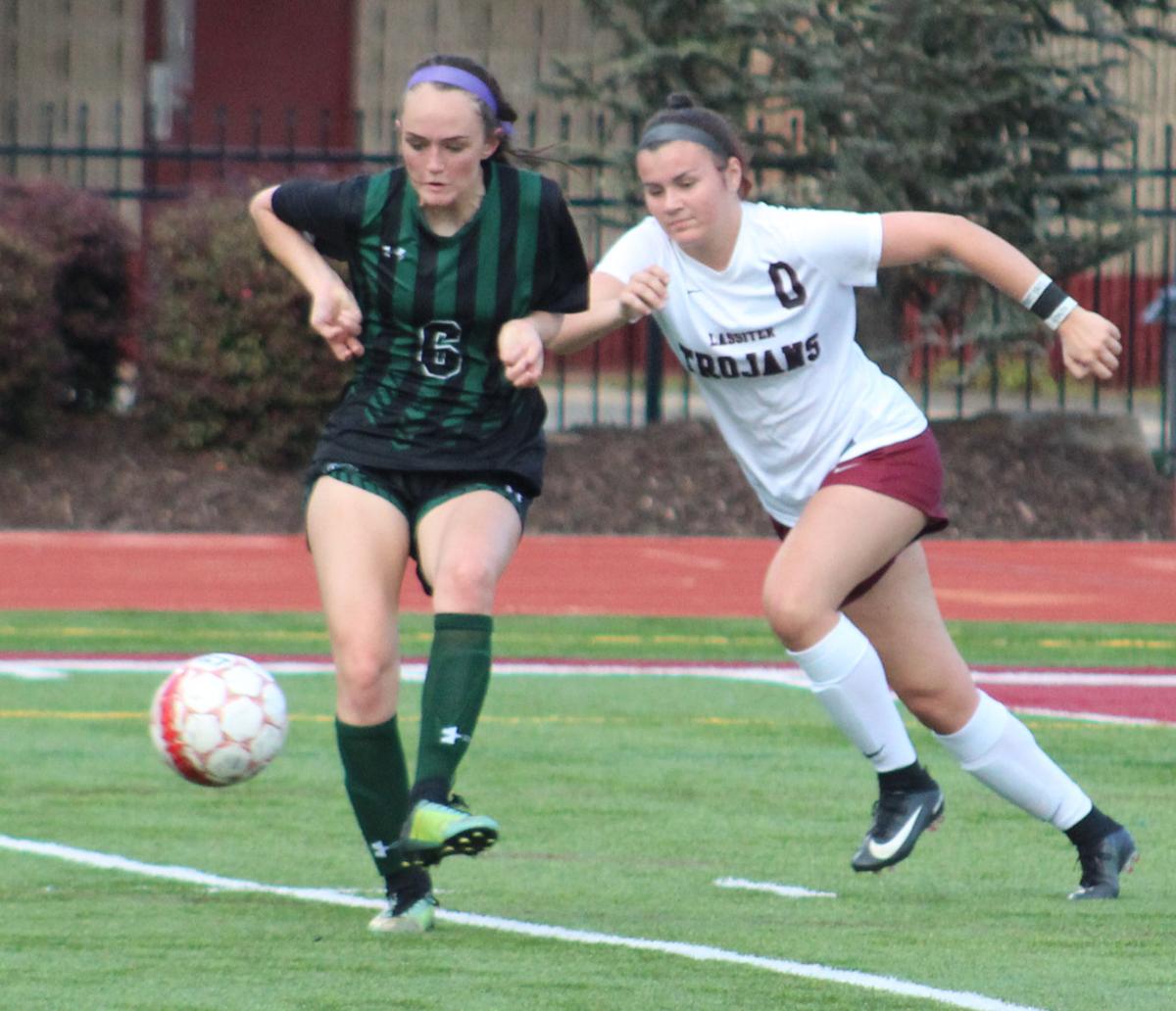 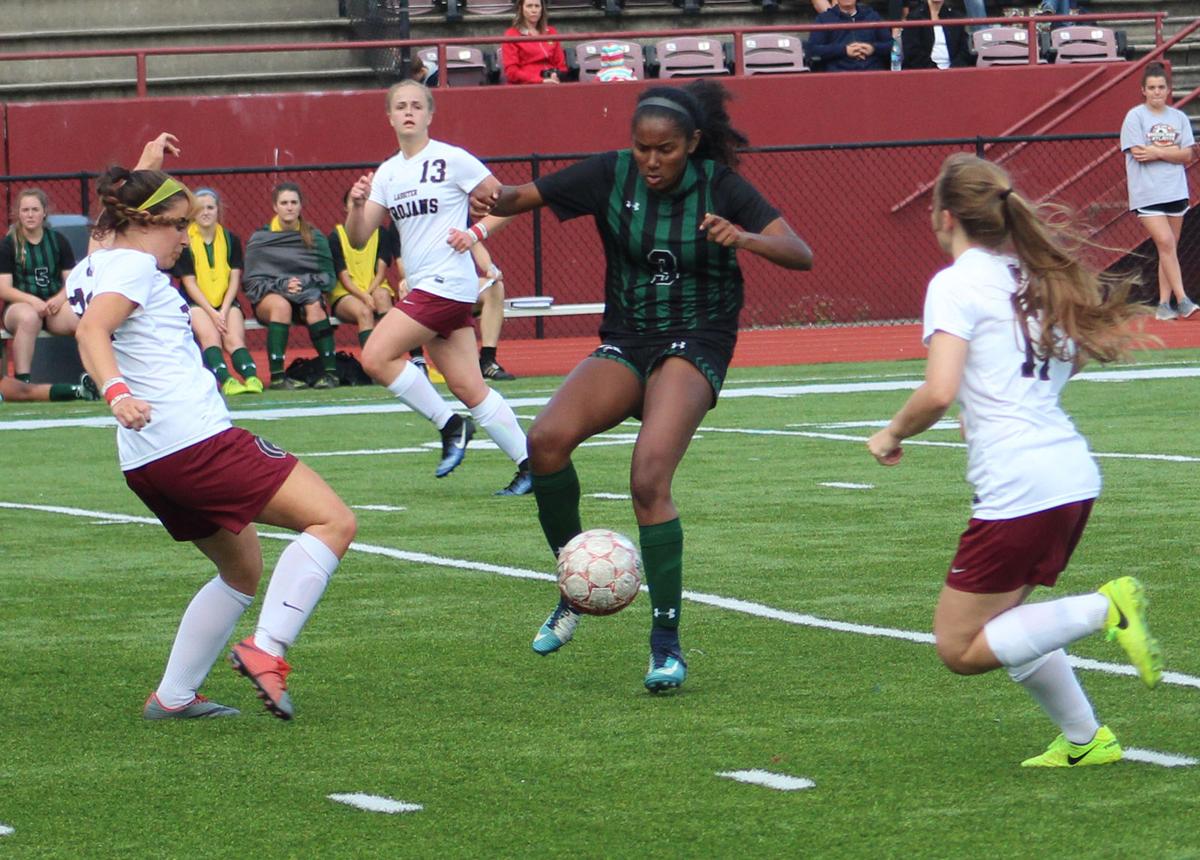 MARIETTA — Lassiter will take its 2-1 win over Kennesaw Mountain on Tuesday in the first round of the Class AAAAAAA state tournament at Frank Fillmann Stadium.

But with 27 shots on goal, the Lady Trojans would have preferred to win by a more comfortable margin.

Shots either bounced off the crossbar or barely missed the goal. Also, Kennesaw Mountain goalkeeper Brigid O’Connor came away with nine saves.

The two Lassiter shots that found the goal — both in the first half — were just enough for the Lady Trojans (13-1-1) to prevail and await the winner of today’s game between Lowndes and Campbell.

“As a coach, they call it in quotes, ‘the beautiful game of soccer,’” Lassiter coach Robbie Galvin said. “Sometimes, it’s hard to get that goal. Even at halftime, we talked through some things. We executed in some areas and failed to execute in others. I’m fully aware that, once you get into the playoffs, it’s do-or-die.”

The first goal came 4 minutes into the game when O’Connor was caught out of position, and Karsen Brantley beat her to the ball to convert an open shot.

The tone was set for Lassiter to jump on Kennesaw Mountain (10-6-1) early, but the Lady Trojans did not convert again until there was 3:41 left to play in the first half, when Tess Aubry took a pass from Katie Albertson, beat a defender 1-on-1 and put the ball in the back of the net.

The two-goal cushion only lasted 2½ minutes. Kennesaw Mountain answered back when Abby Neal made a cross from the right side of the field to Madelyn France for a tap-in.

“We got the second goal, and we thought that that would be enough,” Galvin said. “I thought we would be able to build on that for the rest of the game, and (Kennesaw Mountain) responded. Going into halftime, I knew it would be a battle after that. We had a lot of chances throughout the game.”

The second half opened with Lassiter’s Kaitlyn Trevathan and Brisa Zavala taking two shots apiece from close range during a 4-minute span. O’Connor saved three of the attempts, while the other missed wide.

The Lady Trojans continued to have looks at goal. They also had nine corner kick attempts that were cleared by Kennesaw Mountain.

Zavala and Trevathan had seven shots apiece for Lassiter. Brantley ended up with six and Aubry three.

Lassiter nearly lost its lead in the final 2 minutes of the game when Hillary Resendiz’s shot attempt was blocked by Lassiter goalkeeper Courtney Link. France also had a chance to finish moments later, only to see her shot go wide-left.

“Second half, it was pretty even for the most part,” Kennesaw Mountain coach Kevin Williams said. “My goalkeeper, Brigid, made some nice plays and kept us in the game. The last eight 10 minutes, we had a flurry of chances and a lot of pressure on the goal, and unfortunately, we couldn’t find that second goal.”

If your'e going to quote stats you should understand how they work. You can't have 27 shots on goal with nine keeper saves and the score only be 2-1. A shot on goal is what it says, it a shot that will go into the goal. Anything else is just a shot.
Also, not sure if the reporter had a kid on the Lassiter team or not but the article was extremely one sided for a 2-1 game.
You should work on reporting and not storytelling.

Tickets on sale now for Ham and Egg Day breakfast

Cedartown commission to gather for special called session on Wednesday