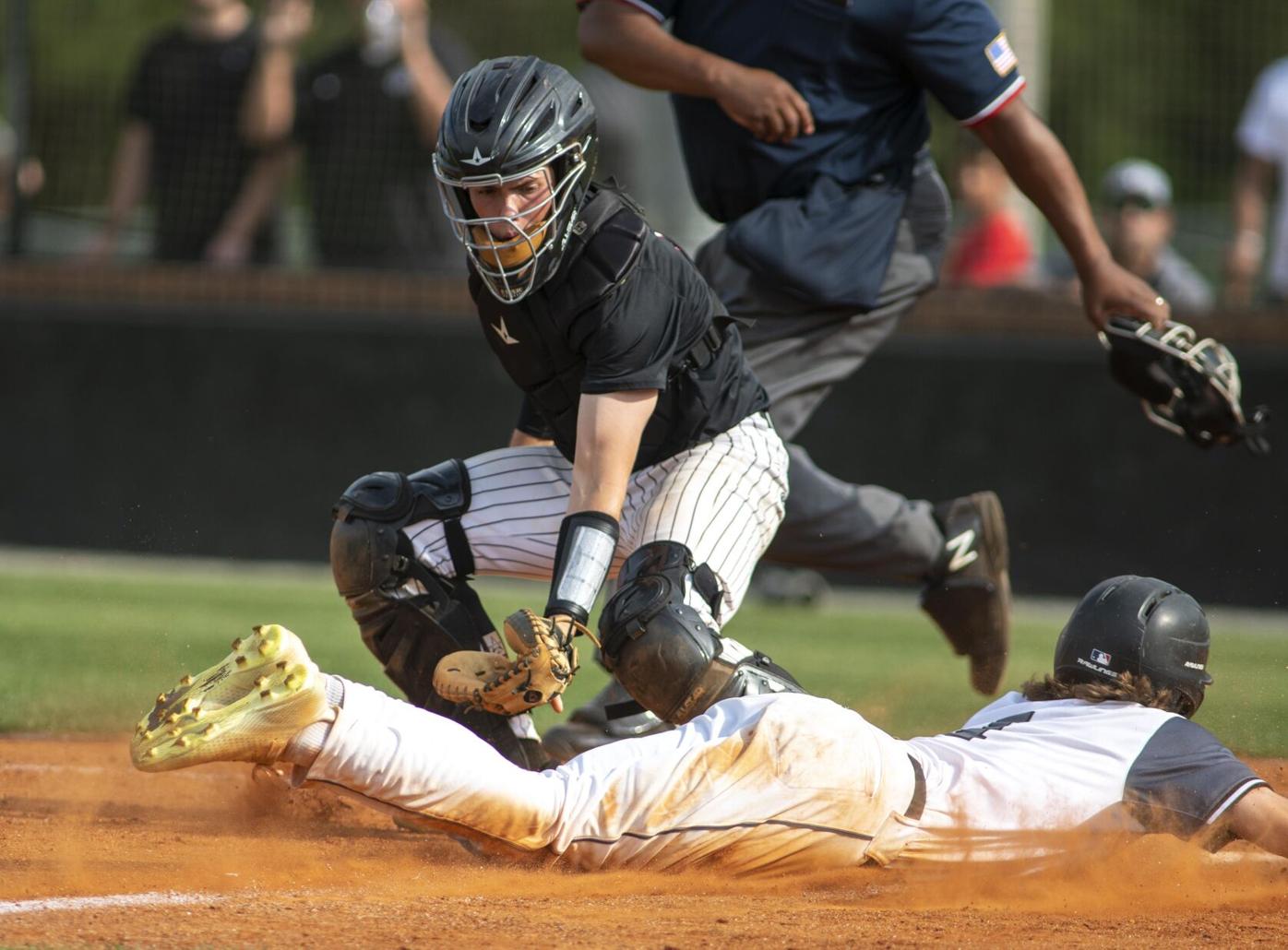 Above: Allatoona catcher Aidan Jolley is unable to get the tag down on Houston County’s Gage Harrelson in Tuesday’s Game 3 of the Class AAAAAA state semifinals. The Buccaneers were shut out in the decisive game and saw their season come to a close. Below: Allatoona’s Ethan Sutton slides in safely at second. 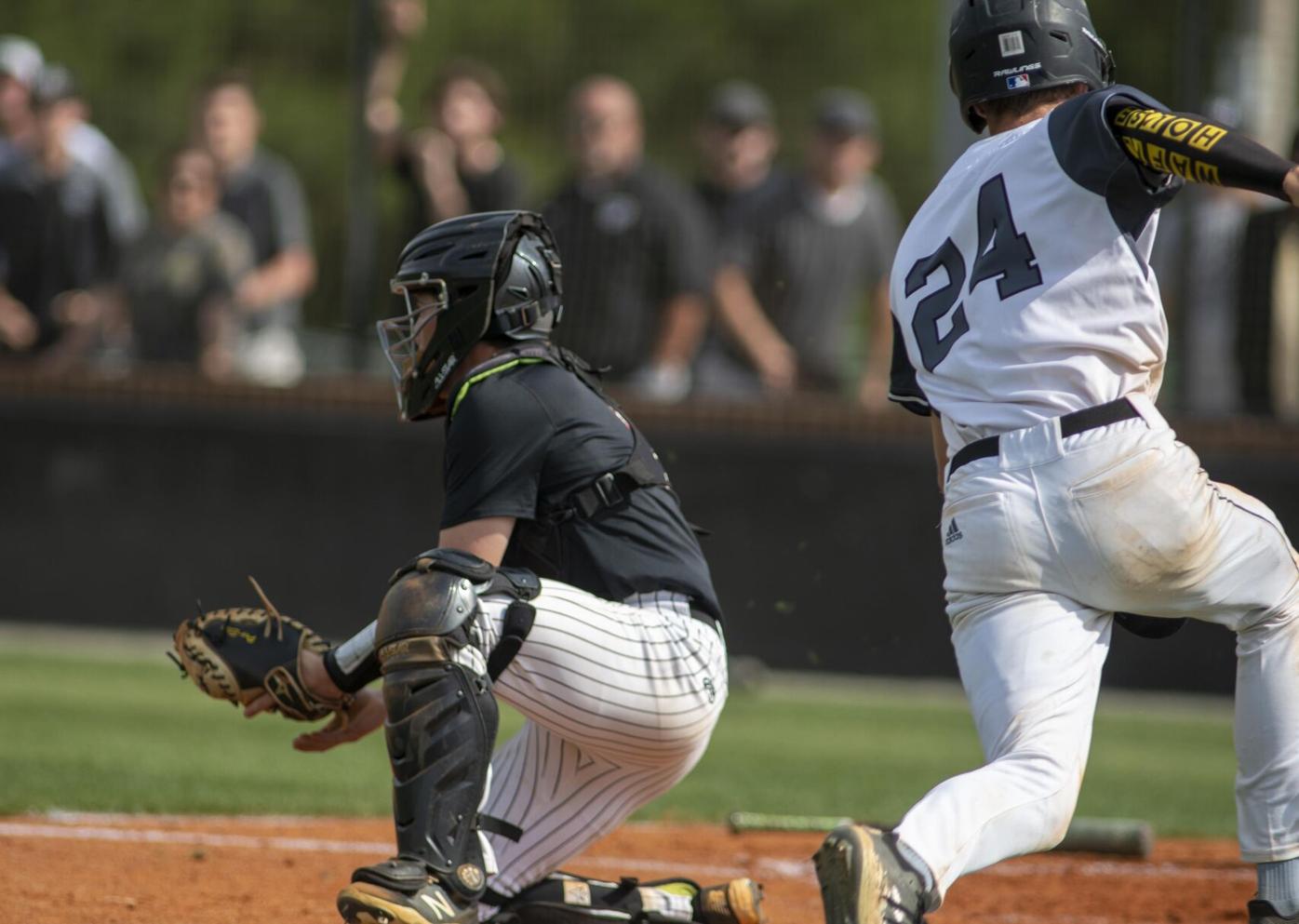 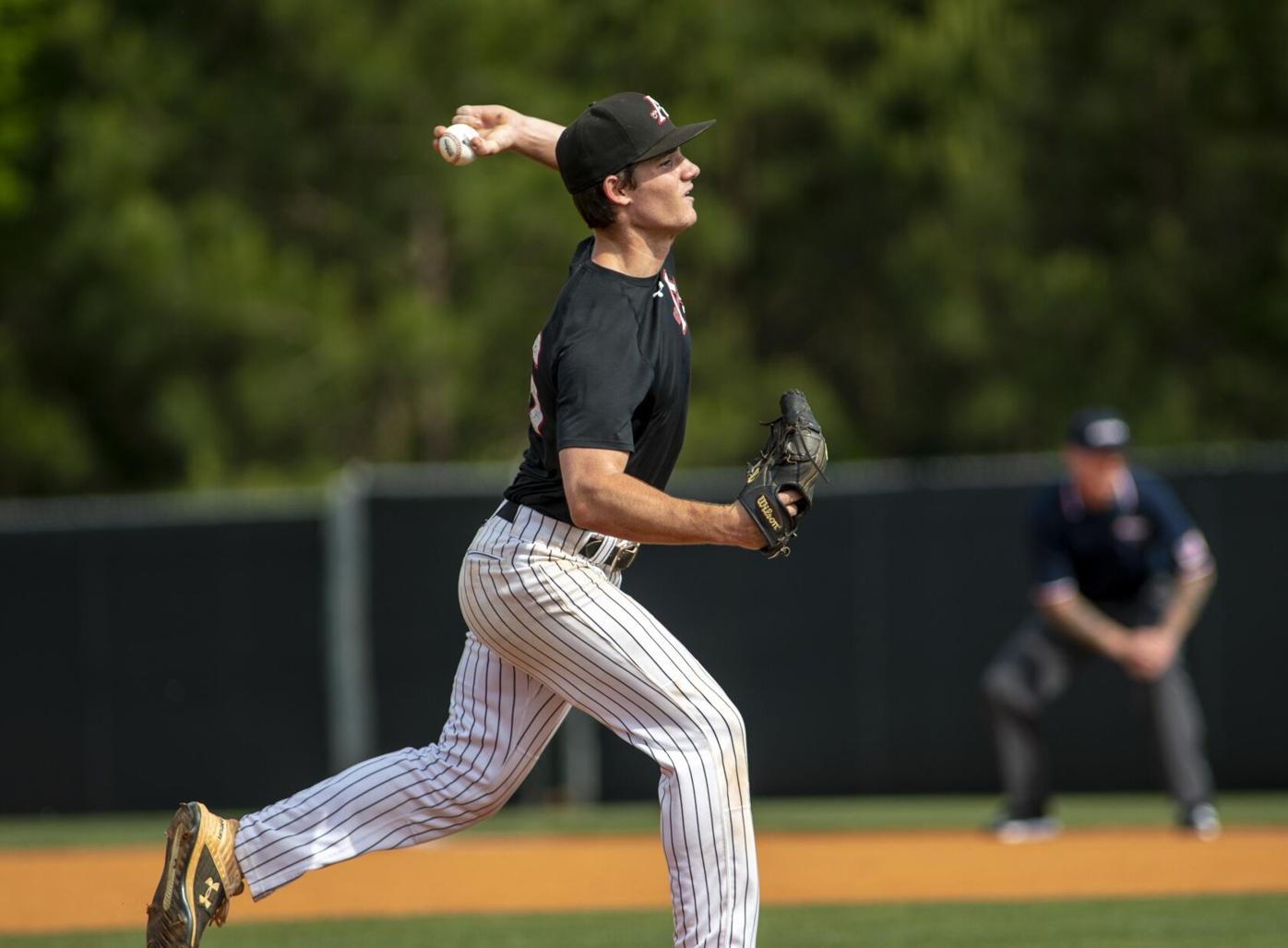 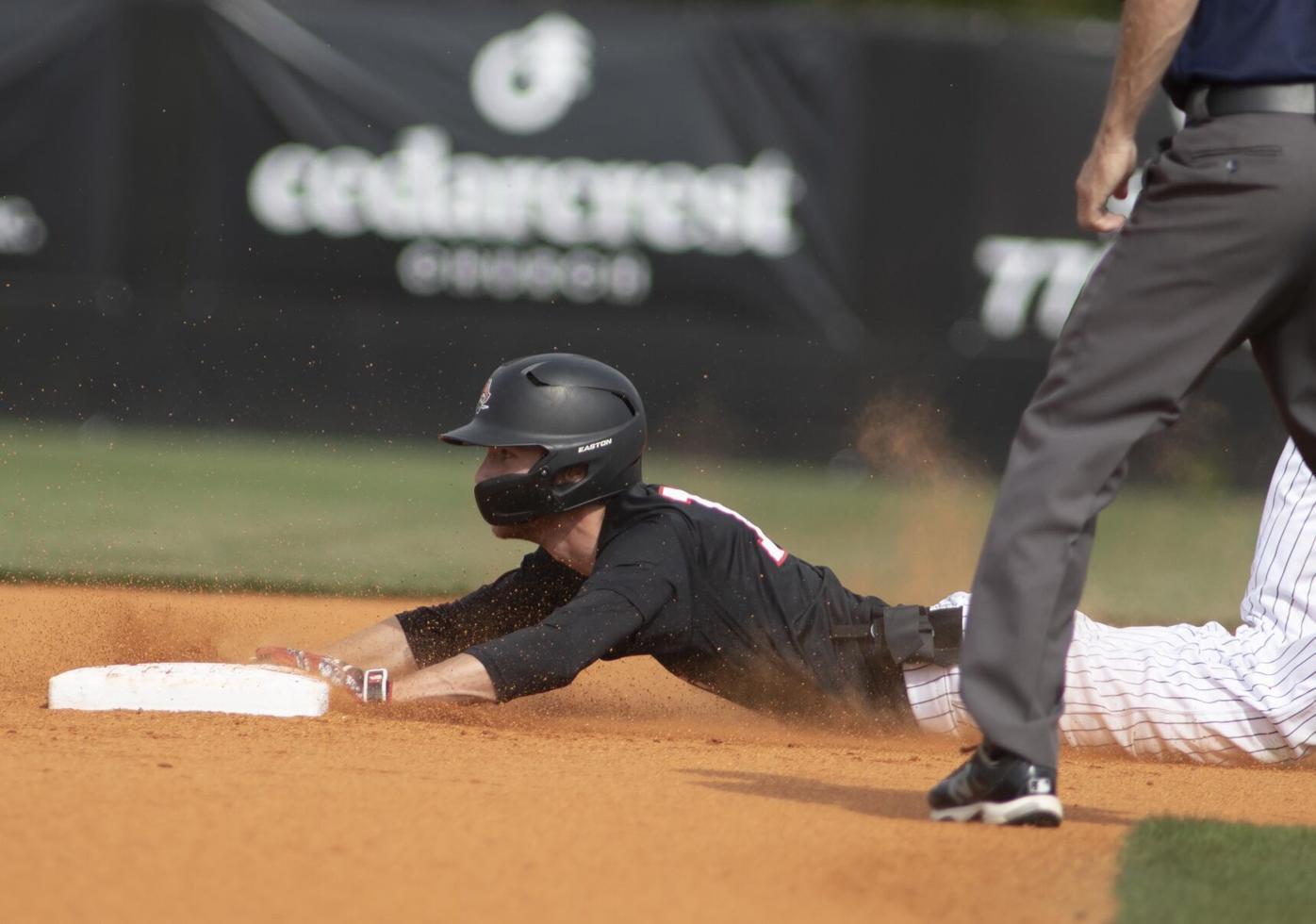 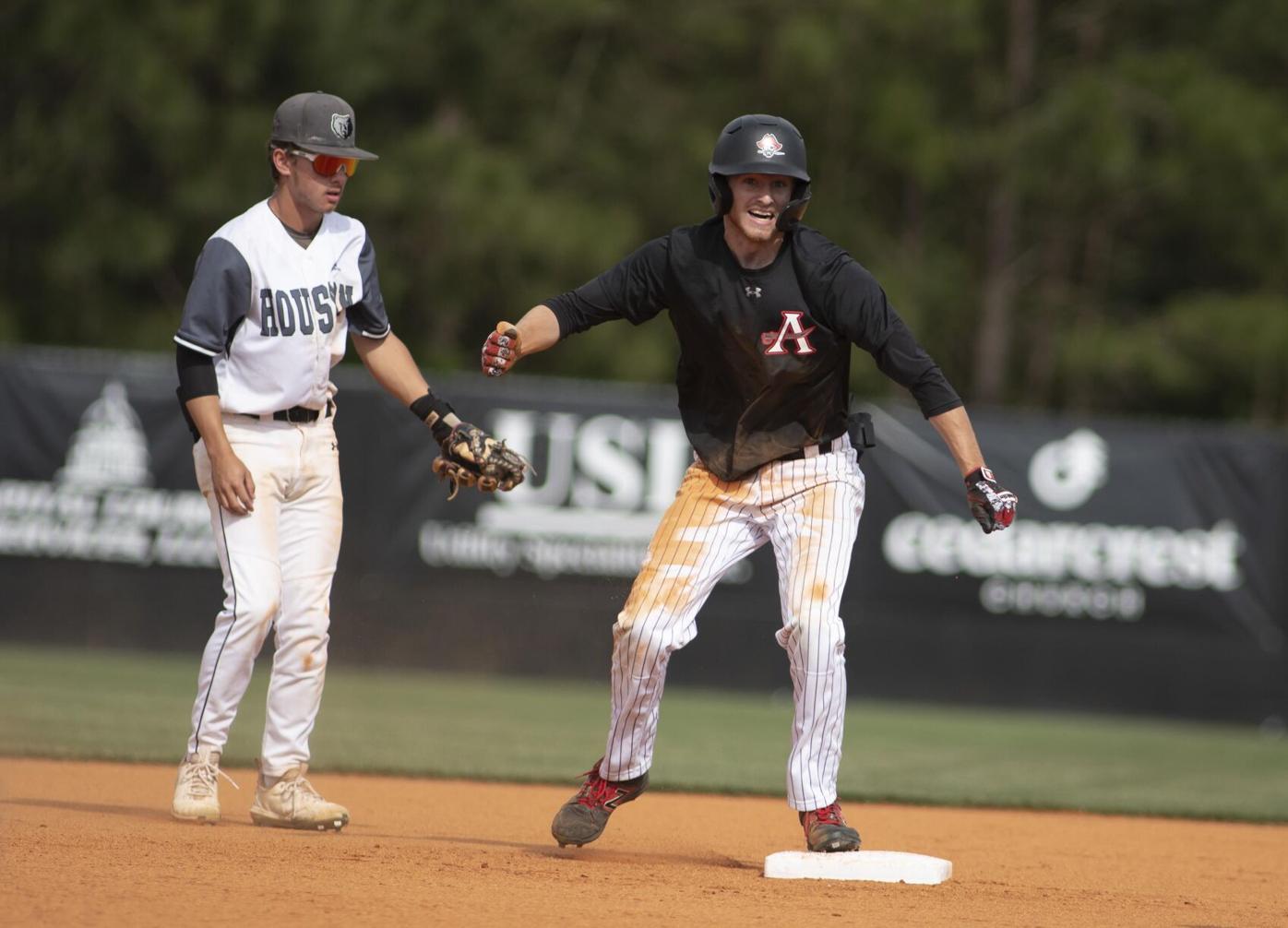 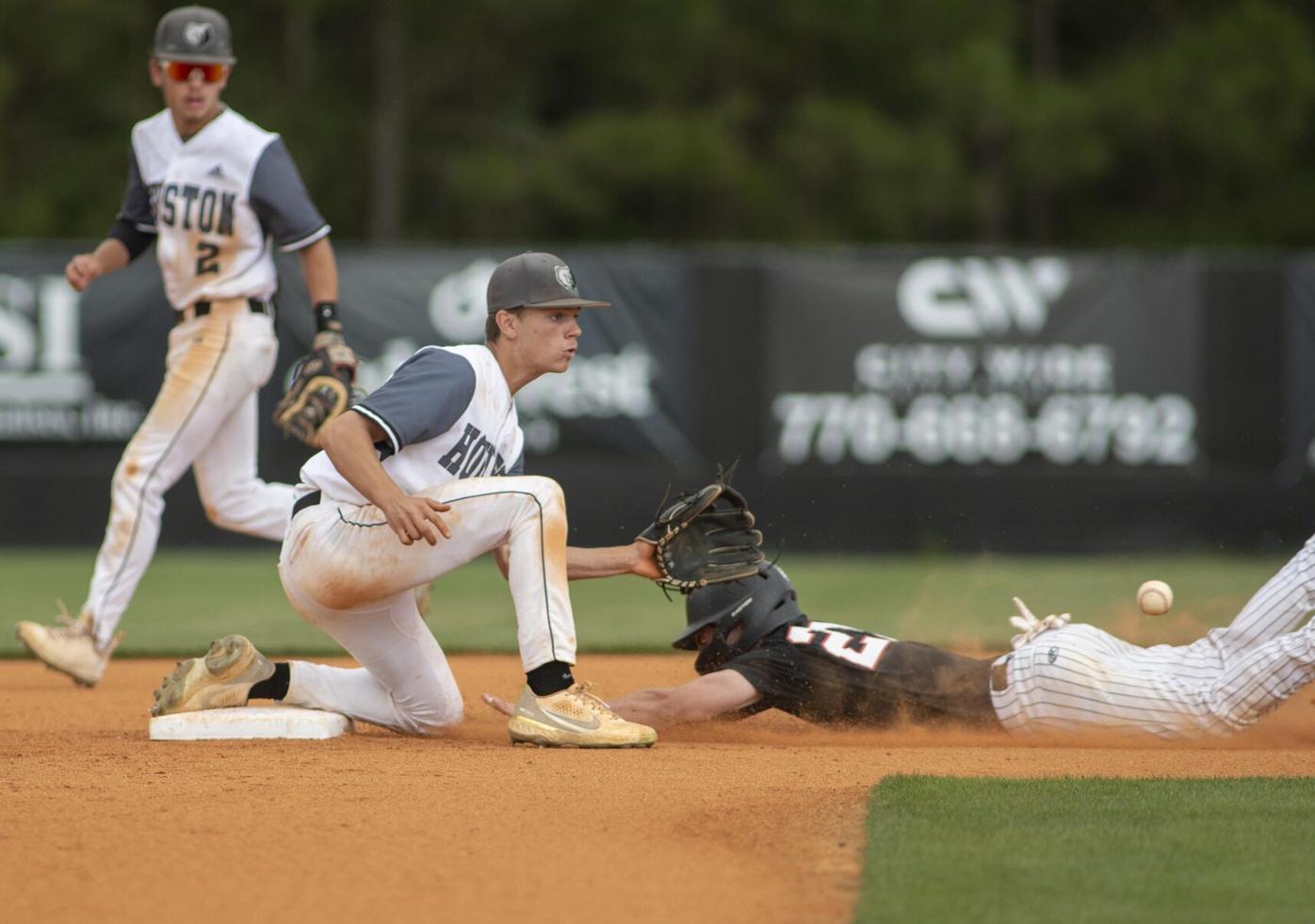 Above: Allatoona catcher Aidan Jolley is unable to get the tag down on Houston County’s Gage Harrelson in Tuesday’s Game 3 of the Class AAAAAA state semifinals. The Buccaneers were shut out in the decisive game and saw their season come to a close. Below: Allatoona’s Ethan Sutton slides in safely at second.

The Bears took advantage of its scoring opportunities and got dominant pitching from Andrew Dunford to post a 5-0 victory at Buccaneer Field on Tuesday and advance to next week’s title series against Lassiter at Truist Park.

Allatoona (33-8), which graduates nine seniors, including a core of Logan McGuire, Brett Blomquist, Hayden Soley and brothers Hunter and Fisher Paulsen, fell one game short of advancing to its first state title series since 2018.

“I told the guys, ‘Be sad it’s your last game, but remember you had 33 wins. Don’t concentrate on the negatives, focus on the positives,’” Allatoona coach Keith Hansen said.

The positives included the Region 6AAAAAA title and another deep trip into the postseason, but when the Buccaneers needed to find a break or get a big hit in Game 3, they could not make it happen.

“The baseball gods were against us,” Hansen said. “It just wasn’t our day.”

The main reason it was not Allatoona’s day was Houston County’s Dunford, a 6-foot-7 right-hander who kept the Buccaneers’ hitters off-balance with a combination of fastballs and changeups, along with a delivery that seemed to have the ball on top of the batters quicker than normal.

Dunford pitched a complete game, scattering four hits and striking out four. He was also backed up by flawless defense that turned two double plays, and when Allatoona did hit the ball hard, the Houston County defenders were positioned perfectly to make everything into a routine out.

“They made every play,” Hansen said. “They made the plays that they needed. They caught six line drives. I think, if we could have scored early, it might have made a difference, but they didn’t let that happen.”

Instead, it was the Bears who scored early when Treyson Hughes singled and came around on Coleman Willis’ RBI single in the first inning.

Houston County then broke the game open against Allatoona starting pitcher Hunter Paulsen in the third inning. With one out, Jaden Woods singled, Hughes walked and Dunford reached on an error to load the bases. Willis followed with a sacrifice fly to bring in Woods for a 2-0 lead.

With two outs, Jacob Profit dropped a two-run single to right to make it 4-0.

Paulsen went three innings, struck out two and allowed five hits and three earned runs. Ethan Sutton replaced him and pitched in and out of trouble over the last four innings, allowing only one run on five hits, but Allatoona could never muster a rally.

Blomquist doubled in the first inning and advanced to third on a passed ball with one out, but the Buccaneers could not bring him in. With runners on first and third with one out in the second, Tyler McGuire bounced into a 4-6-3 double play. Then, after singles by Tyler Shultz and Sutton put runners on first and second in the seventh, Dunford struck out John Paul Mosier and induced Jackson McElvy into a grounder to second to end the game.