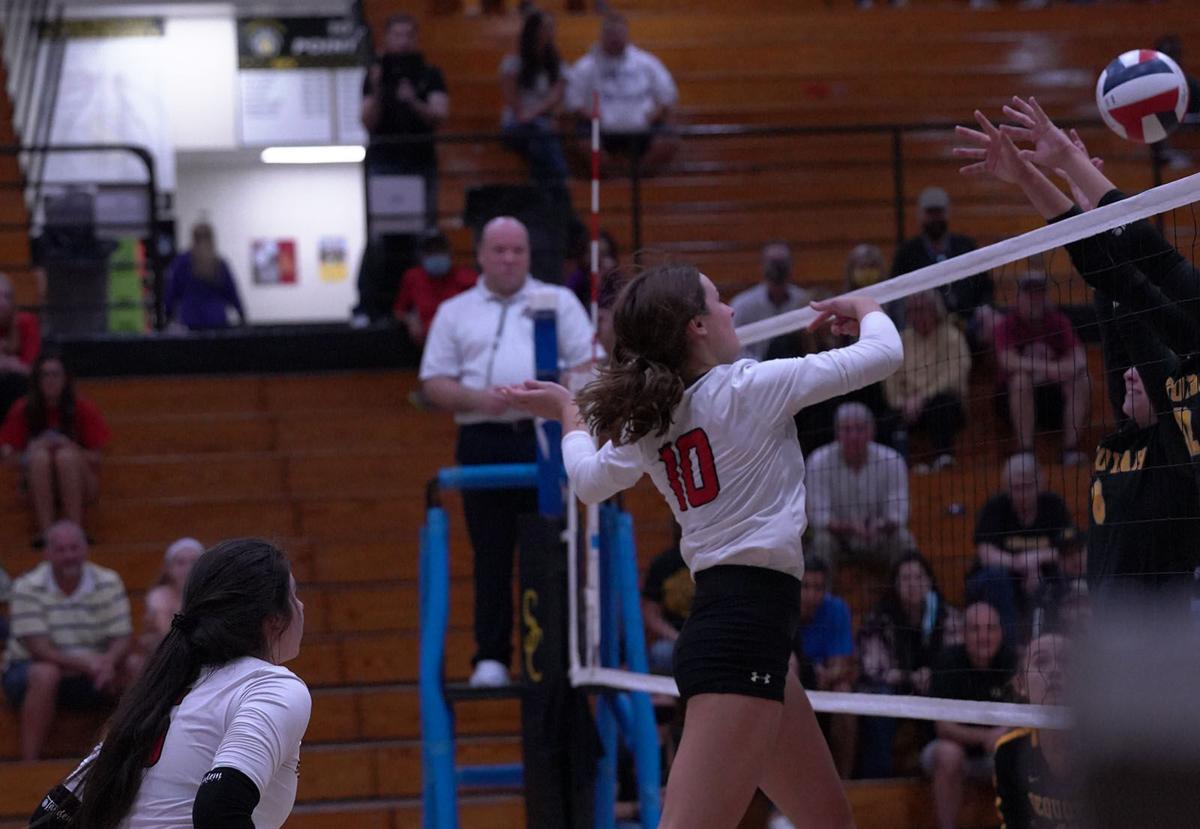 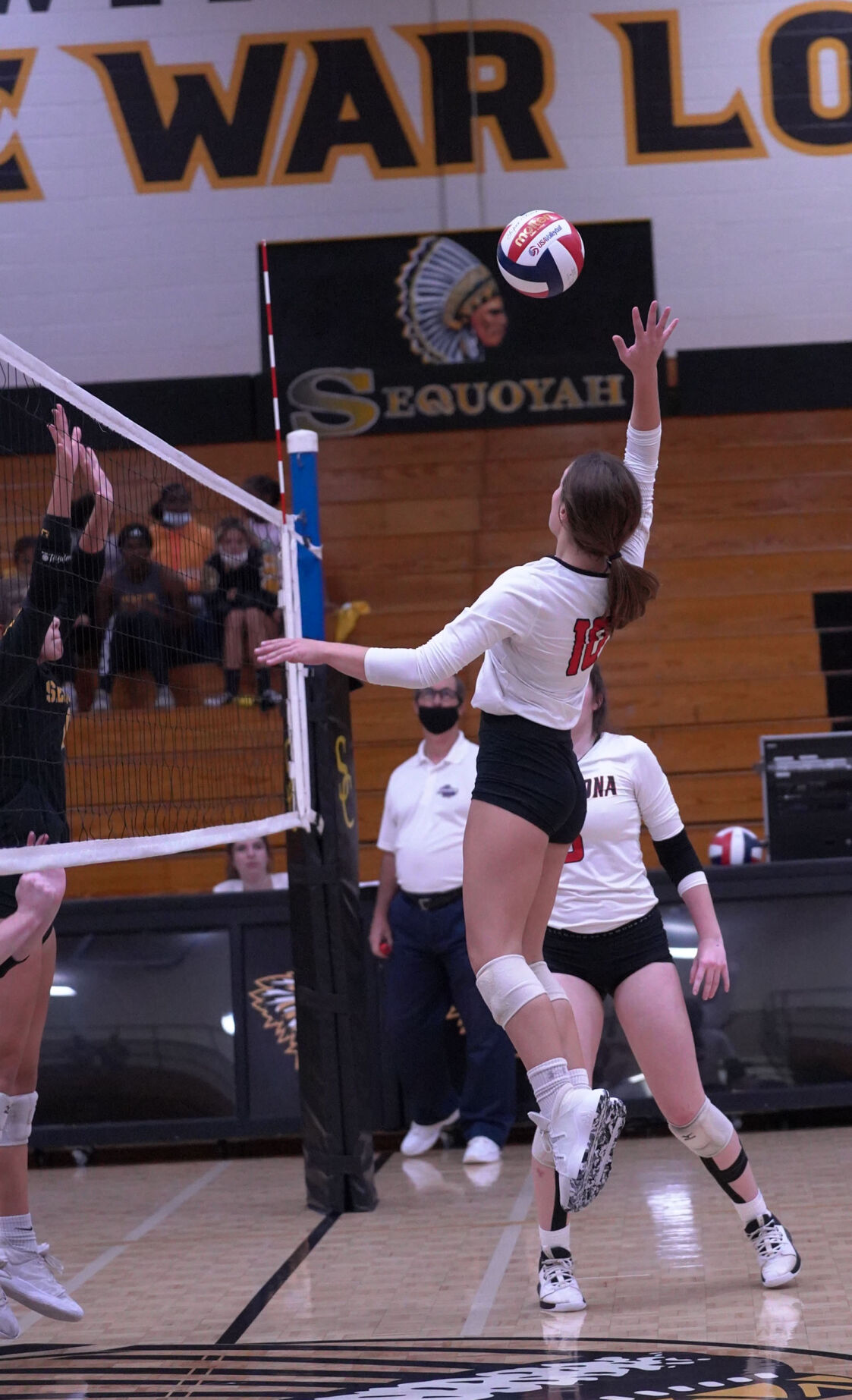 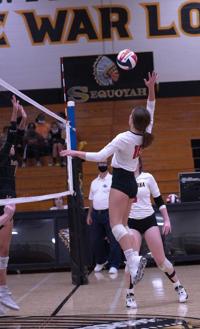 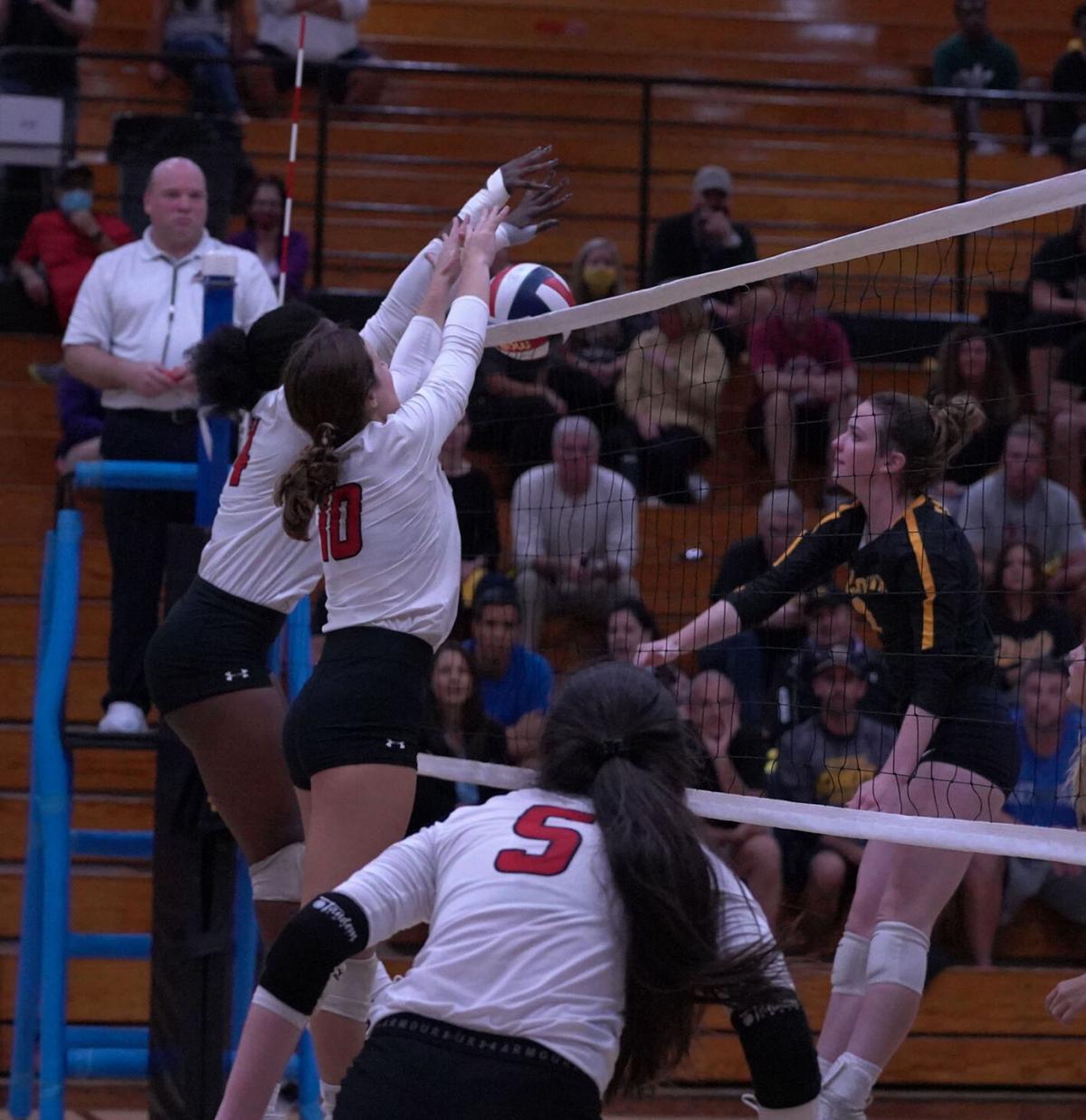 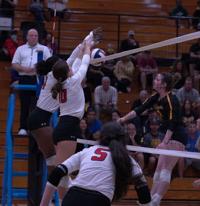 Allatoona’s O’Neice Roberts, left, and Sophie Anderson leap for a block against Sequoyah.

Allatoona’s O’Neice Roberts, left, and Sophie Anderson leap for a block against Sequoyah.

CANTON -- One year after losing to Allatoona in five sets in the Class AAAAAA state finals, Sequoyah got a measure of revenge with a convincing three-set sweep of the Lady Buccaneers in a first-round match Wednesday.

It was all Sequoyah as the Region 7AAAAAA champion Lady Chiefs won the first set 25-13, claimed the second 25-11 and served 12 aces in the third and final set to win 25-6 and clinch the victory.

Sequoyah advanced to a second-round match at home against Dacula on Saturday.

“All year, we wanted to play Allatoona again,” Sequoyah coach John Edwards said, “but our girls are really focused on just getting better every day, regardless of who they play. We’re going to try to play our best and see what happens. Today, we were really focused and executed what we needed to do, and I’m extremely pleased with our effort.”

Paige Powers had eight kills, while Sydney Huyck added seven and Catherine Brumbeloe had all eight of her aces in the third set to lead the way for Sequoyah (32-2).

Sequoyah led the first set from beginning to end, led by Powers’ four kills, as well as Huyck’s three kills and one ace. The Lady Chiefs also took advantage of six unforced errors.

Allatoona got off to a better start in the second set, jumping out to a 5-2 lead and was in front 7-6 when Sequoyah outscored the Lady Buccaners 19-4 the rest of the way to win the set and take a 2-0 advantage.

The Lady Chiefs came out firing in the third set with an 11-0 lead, scoring eight of those points on aces. Brumbeloe served aces on seven out of eight points, including six in a row, during the run.

Allatoona never recovered, getting only as close as nine points -- 12-3 -- at one point for the rest of the set.

“They were fired up, and they probably have a right to be because of what happened last year,” Allatoona coach Joseph Soley said. “They didn’t lose a whole lot (of players), and we lost a whole bunch, but it doesn’t give us an excuse to not play hard. We left it all on the court for two seniors. We are losing two seniors, and we play for our seniors.

"We knew coming that Sequoyah was on a mission, and it's tough when you’re away and they’re at home. We were a 4 seed, and they were a 1, but we put ourselves in that position to be the 4 seed. Overall, we had a good season. We’re young, and knowing coming in what they had, we practiced hard and tried to get ready for them, but we just came up short.”