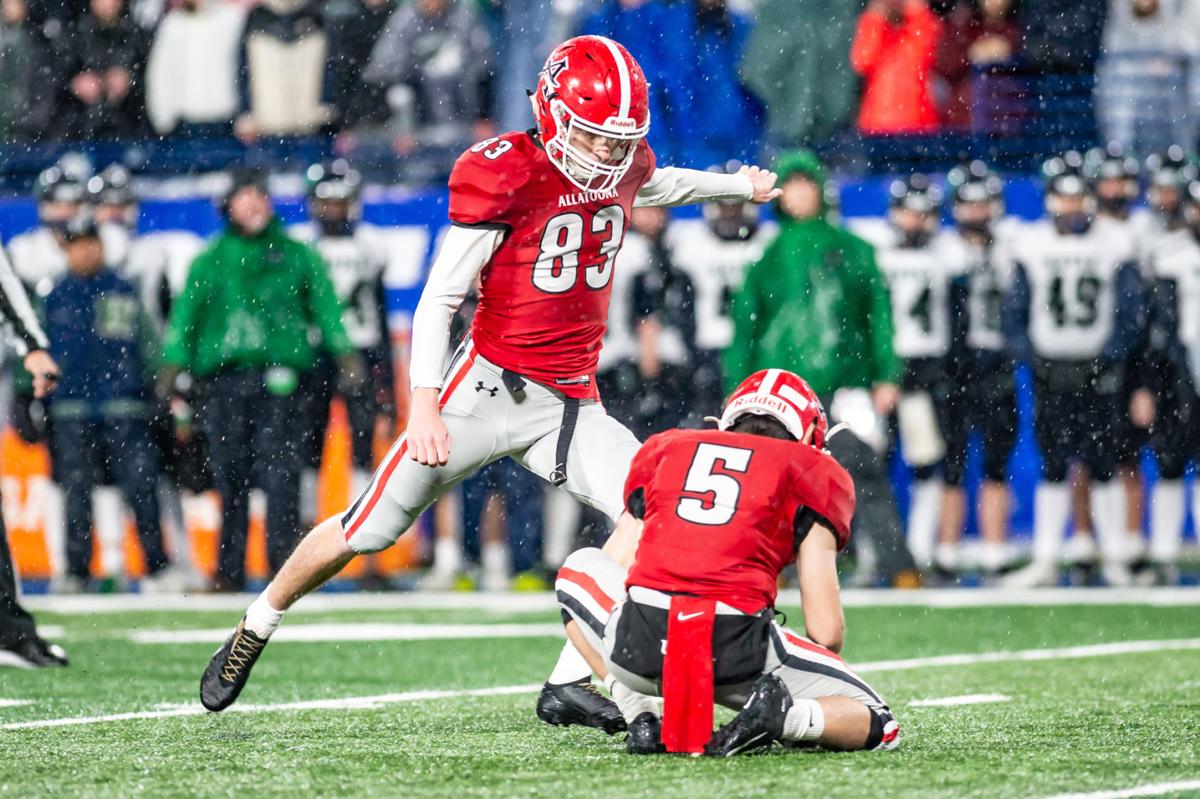 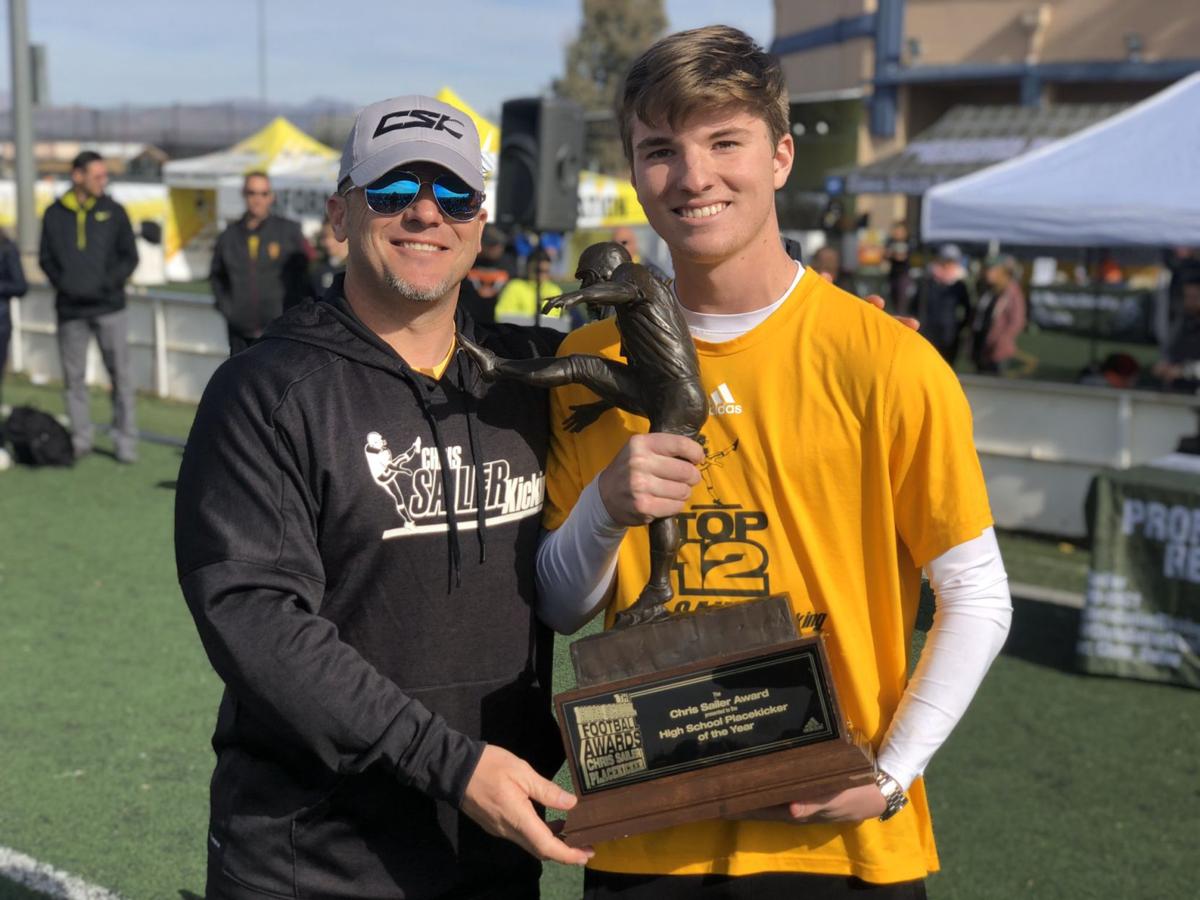 Jude Kelley is presented the Chris Sailer Award as the nation’s best place kicker, by Chris Sailer, on Saturday.

Jude Kelley is presented the Chris Sailer Award as the nation’s best place kicker, by Chris Sailer, on Saturday.

Allatoona’s Jude Kelley can say he is officially the best.

Kelley was honored with the Chris Sailer Award, the award as the National High School Placekicker of the Year, on Saturday in Las Vegas. Kelley was also named a first-team All-American.

To that, he said he wasn’t sure if he had ever coached another player that was on Kelley’s level at their position, but he knew that his kicker was special. Still, it was an announcement that caught the coach off guard.

The award is named in honor of Chris Sailer for his outstanding high school career and his continued role in the development of young kickers and punters. Sailer played high school football for Notre Dame Sherman Oaks High School in California from 1992-94. In 1994 he set the then all time national record for field goals made in a season with 22 and seven of those came from longer than 50 yards. His high school career landed him a scholarship to UCLA where he went on to be a two-time All-American.

Kelley completed arguably the best kicking season in Cobb County history. He connected on a county record 19 of 25 field goals, with a long of 54 yards, and all 49 of his extra points. Kelley also led the county averaging more than 42 yards a punt.

His biggest moment came in the Class AAAAAA state semifinals, where he connected on a game-winning 22-yard field goal in overtime to beat Richmond Hill and send the Buccaneers to the state championship game.

It was the kind of moment Varner knew Kelley was ready for, because he knew how much work had gone into his preparation.

“His (sophomore) year he was very good,” Varner said. “He was really good again his junior year. But that this time last year it was when it was clear. I said, “At least we don’t have to worry about kicker because we have a really good one.

“He put in the time. He really wanted to perfect his craft and he really worked at it.”

In fact, Varner had so much confidence in Kelley, he said he almost took him for granted.

“I’d be watching a (college or pro) game on TV and they would say (about a potential kick), ‘I don’t know, its from 51 or 52, what are they going to do?’ I’d think back to practice and say (Kelley) just kicked it from 56, three times in a row. I would never have a second thought about letting him go out and try it.”

Kelley remains the top-rated unsigned player at his position heading into the second National Signing Day on Feb. 5. Despite all the accolades, he currently does not have an offer from a Power 5 of Group of 5 program. With this award, and the way the first signing day played out, Varner said he is hoping that will change.

“It’s a mystery,” Varner said. “A full scholarship is a priority, but is seems only smaller schools are willing to pull the trigger on that right now.”