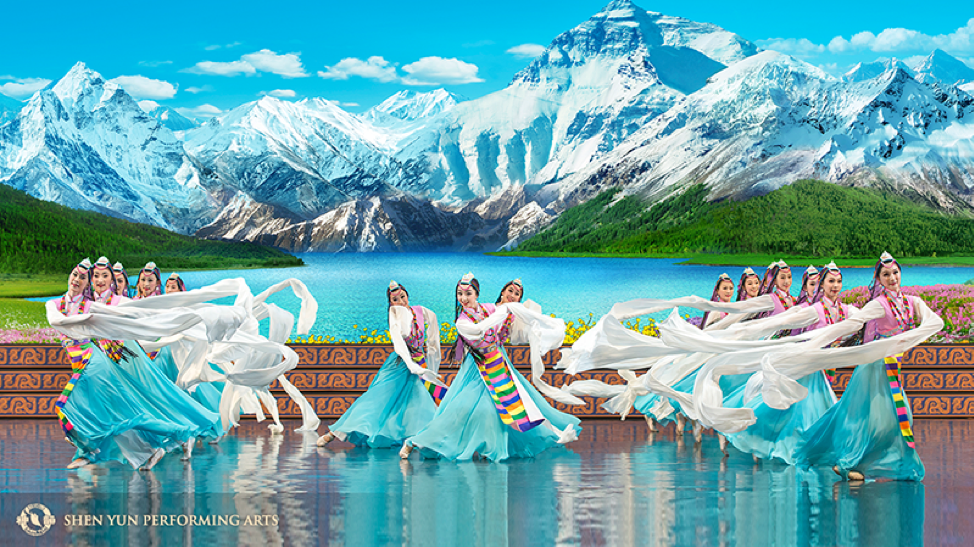 You´re invited to take a 5,000 year journey through the divine lands of the most ancient civilization known to mankind! Shen Yun is a world-class show that has the power to bring you tears of joy. Seriously, my mom cried and I was on the edge of my seat due to the show´s magnificent effects. The artists travel around the world using classical Chinese dance to revive a precious culture founded on virtue and benevolence.

You may be wondering, what is Shen Yun: The name Shen Yun means the beauty of divine beings dancing, and that is what the audience experiences. At the heart of what Shen Yun does is classical Chinese dance, along with folk dances from China’s many ethnicities, set to a live orchestra that combines Chinese and Western instruments. They’re augmented by an array of handmade costumes and props and an animated backdrop that performers interact with. In more contemplative moments, a sprinkling of vocalists sing operatically in Chinese and a soloist may perform on the two-stringed erhu. The journey through a few dozen pieces is guided by two smiling hosts who both speak fluently in English and Chinese.

Shen Yun was founded by a group of Chinese in New York, in 2006, who were fleeing persecution by the communist regime in China. Its backstory is not unlike that of the Renaissance, when Greek scholars fled the invading Ottoman Empire in the 15th century and ended up bringing their ancient culture to the artistically fertile shores of Italy. Now, ancient China has been reborn—and where else but in America?

Did you know: Modern acrobatics and gymnastics techniques originate from the pristine form and bearings found in classical Chinese dance! The classical school of dance we are most familiar with in the West, ballet, was developed in the grand court of French King Louis XIV less than 400 years ago. Classical Chinese dance, however, is essentially a priceless antiquity that dates back at least 3,000 years to the grand courts of Chinese emperors. Imagine ancient Greek or Egyptian statues at a museum coming to life and demonstrating for you the dance forms of their advanced cultures which have now been lost. That gives the rough idea of the vast historical value Shen Yun has harnessed.

Classical Chinese dance is one of the most rigorous and expressive art forms in the world, and contains a dazzling assortment of flips, leaps, tumbling techniques, and difficult postures.

Cynthia Paniagua, choreographer and ballet and folkloric dancer, who saw the 2018 production at Lincoln Center, in New York City, said “I absolutely loved it. I was mesmerized. As a dancer and choreographer, I was just taken away by the grace, the beauty, the culture and also the technique was just flawless… history, spirituality, it’s all there.” (All audience quotes from the Epoch Times.)

Athol Willoughby OAM, former renowned ballet dancer, who saw the 2017 Production in Melbourne, Australia, said, “I think it’s just magical. This is the fourth time I’ve seen the Shen Yun Company and I can’t believe how perfect they are. I was never going to come again because I can’t stand the fact that they’re so perfect. It makes me jealous. If only we could get that perfection in classical ballet. We try but somehow or another we just don’t get there.”

A global phenomenon and exquisite experience: Traveling to 20 countries on five continents with a new production every year, Shen Yun’s five touring companies are creating what might literally be the biggest show on Earth. Seen by millions across languages, cultures, and age groups, Shen Yun has earned praise from people around the world—from New York’s Lincoln Center to Rome’s Teatro dell’Opera to great theaters in Japan and Taiwan.

Anna Liceica, a soloist at the American Ballet Theatre said, “There was something pure and bright and very dignified about them. The show gave me a real sense of goodness and meaning in life.”

What makes Shen Yun so powerful? Each Shen Yun performer believes that the only way to give the audience the best experience possible is by having a solid, upright character. The dancers train together, practice meditation, and study the principles of truthfulness, compassion, and tolerance. As a whole, these individuals light up the stage, radiating a strong positive energy that will certainly touch each and every audience members’ heart.

You will not regret this honorable opportunity; purchase your tickets to experience the power of art with Shen Yun’s all-new 2019 production!

BOOK NOW FOR THE BEST SEATS