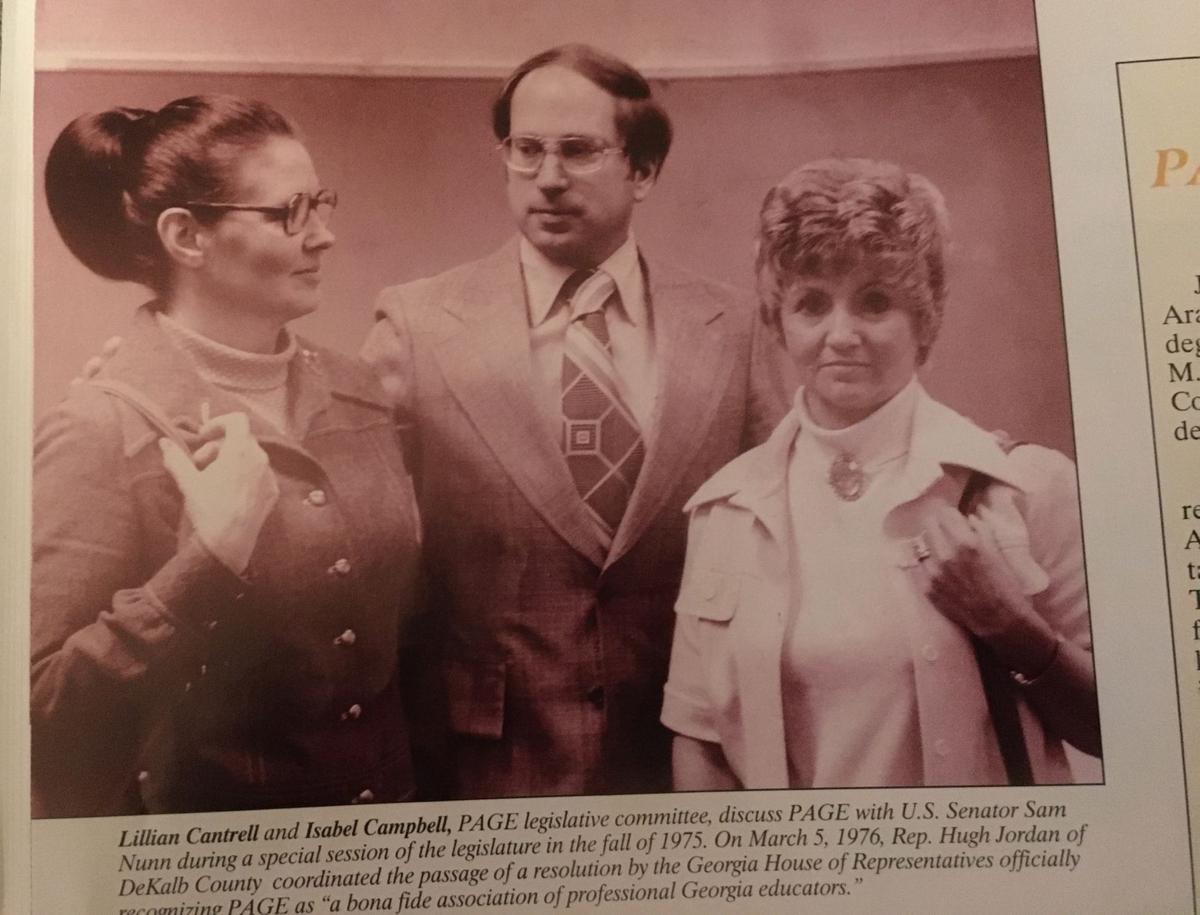 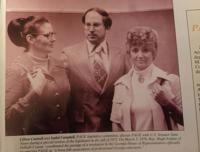 A photo from an early issue of PAGE ONE, the publication produced for members of The Professional Association of Georgia Educators, shows Lillian Cantrell and Isabel Campbell meeting with U.S. Sen. Sam Nunn in 1975. Cantrell and Campbell were members of the education advocacy group’s legislative committee. 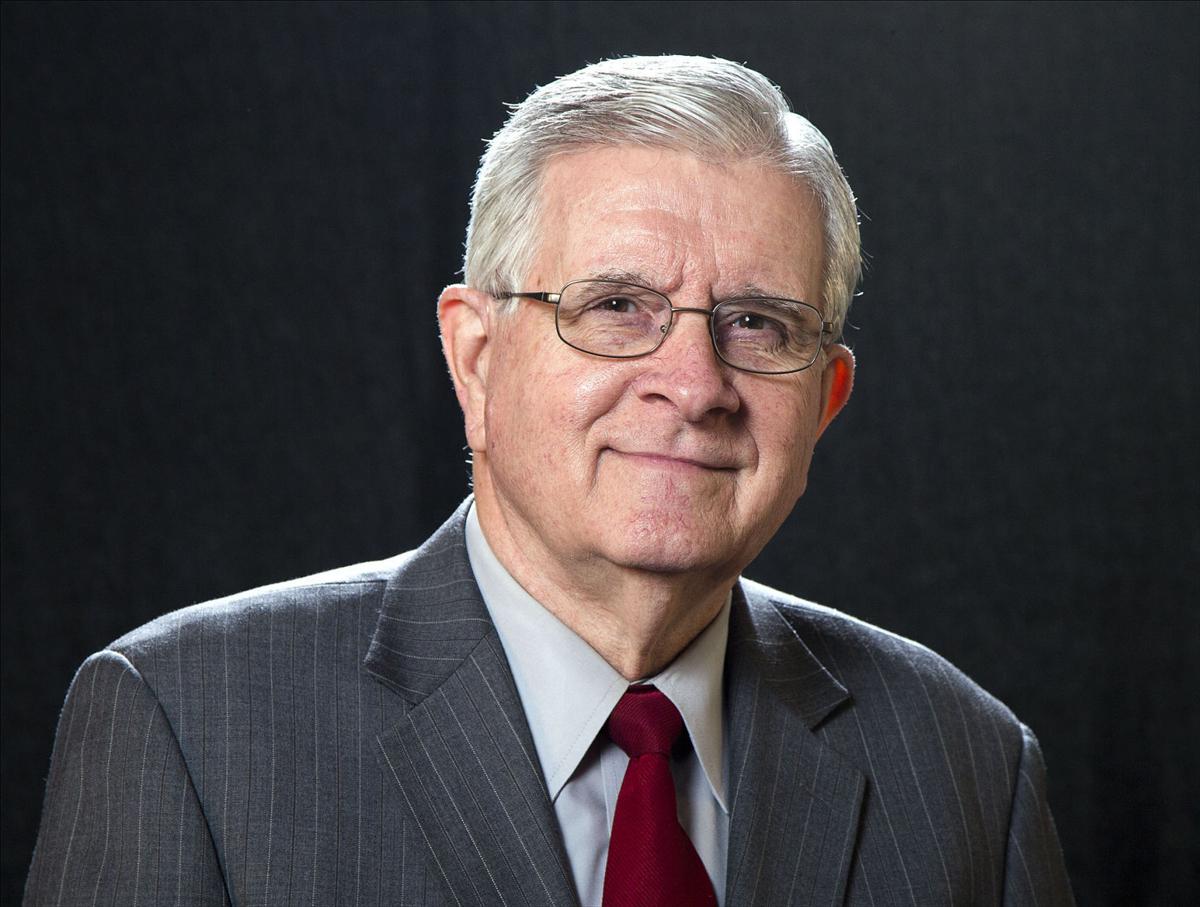 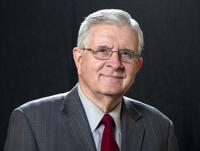 With the help of my wife, our kitchen table, and Star Printing in the city of Acworth, I was privileged to be in on the early life of an idea. While not present at its birth in 1975, Nancy and I labored energetically to nurse the idea along by producing its newspaper, PAGE ONE, during the 1977-78 school year.

Neither Nancy nor I have had a single course in journalism. It helped that at the time, I subscribed to seven newspapers which I intently read and studied. To keep PAGE ONE going, I secured articles from others who were also nursing the idea and always added one of my own since I was the editor. I laugh to think that my name appeared by the word, “editor,” but when you believe in something, you’ll pitch in and do whatever you’re asked to do.

The idea we 90 or so educators were nursing was a new professional organization for Georgia educators. No longer could we follow the National Education Association and its local “unified” affiliate, the Georgia Association of Educators. We wanted to teach and be a team with our administrators and parents. In our view teacher strikes, collective bargaining and union rabble-rousing did not produce the effect we desired. Such unionist tactics were a growing part of the educational landscape across the nation.

Thus, our fledgling brainchild. The Professional Association of Georgia Educators (PAGE) was born on May 17, 1975, with 22 charter members. Rejecting unionism’s adversarial relationship between classroom teachers and administrators, these 22 teachers and administrators forged an educational association that vowed to place children and taxpayers, not teacher unions, at the center of public education. To PAGE’s founders, threats, walkouts, and sick-outs did not produce what was needed, namely every level of the education profession working together.

After leaving NEA and joining PAGE in 1976, I learned that two educators from DeKalb County, Lillian Cantrell and Paul Copeland, were the main drivers in the formation of PAGE. Energetic and outgoing, these two visionaries “called everybody we knew,” as Cantrell put it. For much needed funding, Copeland and the newly formed board of directors borrowed money from the bank and secured it with their personal signatures. Serving on the PAGE board of directors from 1977-1979, I came to admire these pioneers who were literally giving themselves and their money to a goal they believed in.

The fervor of Cantrell, Copeland and their small band of supporters was fed partially by the positions taken by the NEA. A very recent stand taken by the NEA is illustrative. In 2018 the NEA demanded the resignation of Education Secretary Betsy DeVos on the grounds that she was failing to promote transgender ideology in public schools. NEA has typically taken positions on issues that have little to do with the education of children and teens. Although legislative activism, insurance coverage, staff attorneys, its STAR student program, the favor of state leaders and many other benefits helped PAGE grow, so did the increasingly radical approach of NEA.

The current executive director of PAGE is Craig Harper, a former employee of the Marietta Daily Journal/Neighbor Newspapers. Harper’s steady leadership has continued to grow the organization. No doubt because of its commitment to teacher recruitment, preparation, pay and retention, PAGE is the second largest independent education association in the nation, the first being Texas.

Many Cobb Countians have contributed to PAGE’s success. Diane Ray, a former Cobb classroom teacher and principal, is one of PAGE’s three college service representatives. I can attest that she, like all PAGE members and staff, do not pit “teachers” against “administrators.” Though most PAGE presidents have been classroom teachers, one of its most active administrator presidents was a former Cobb school superintendent, Alton Crews.

Classroom history teacher Richard Bird at Shamrock High School in DeKalb proposed in 1975 that the organization’s newspaper be titled PAGE ONE. Don’t laugh if you ever see and compare the four-page PAGE ONE of the ’70s to today’s glitzy but substantive PAGE ONE Magazine. (Nancy and I are proud of our fading copies.)

Pioneering is risky but satisfying. Humble beginnings can be motivating. How many times did I hear, “If we can get 100 more members, we can get a secretary”? PAGE has several secretaries now plus a building, but more importantly a commitment to the values by which it was birthed. Without the strident union approach, the organization flourishes. PAGE is still keeping the main thing the main thing.

Roger Hines is a retired English teacher and state legislator in Kennesaw.

Words are often shifty and unreliable. In the last 50 years the word “rhetoric” has shifted from its classical meaning, “the art of effective …

“Oh, East is East and West is West and never the twain shall meet.”