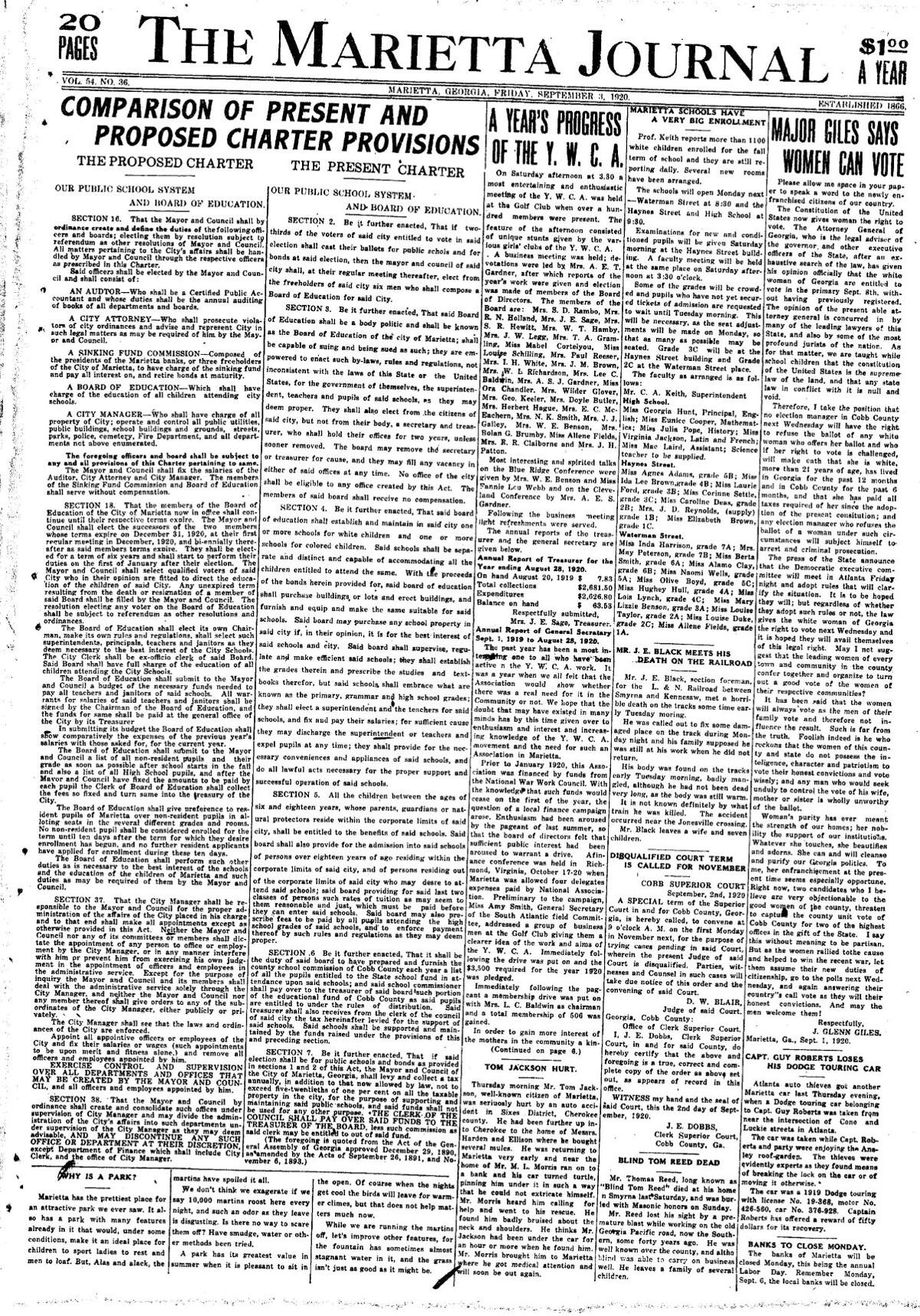 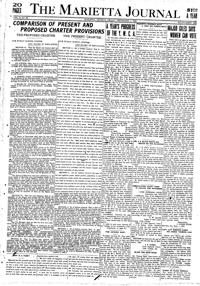 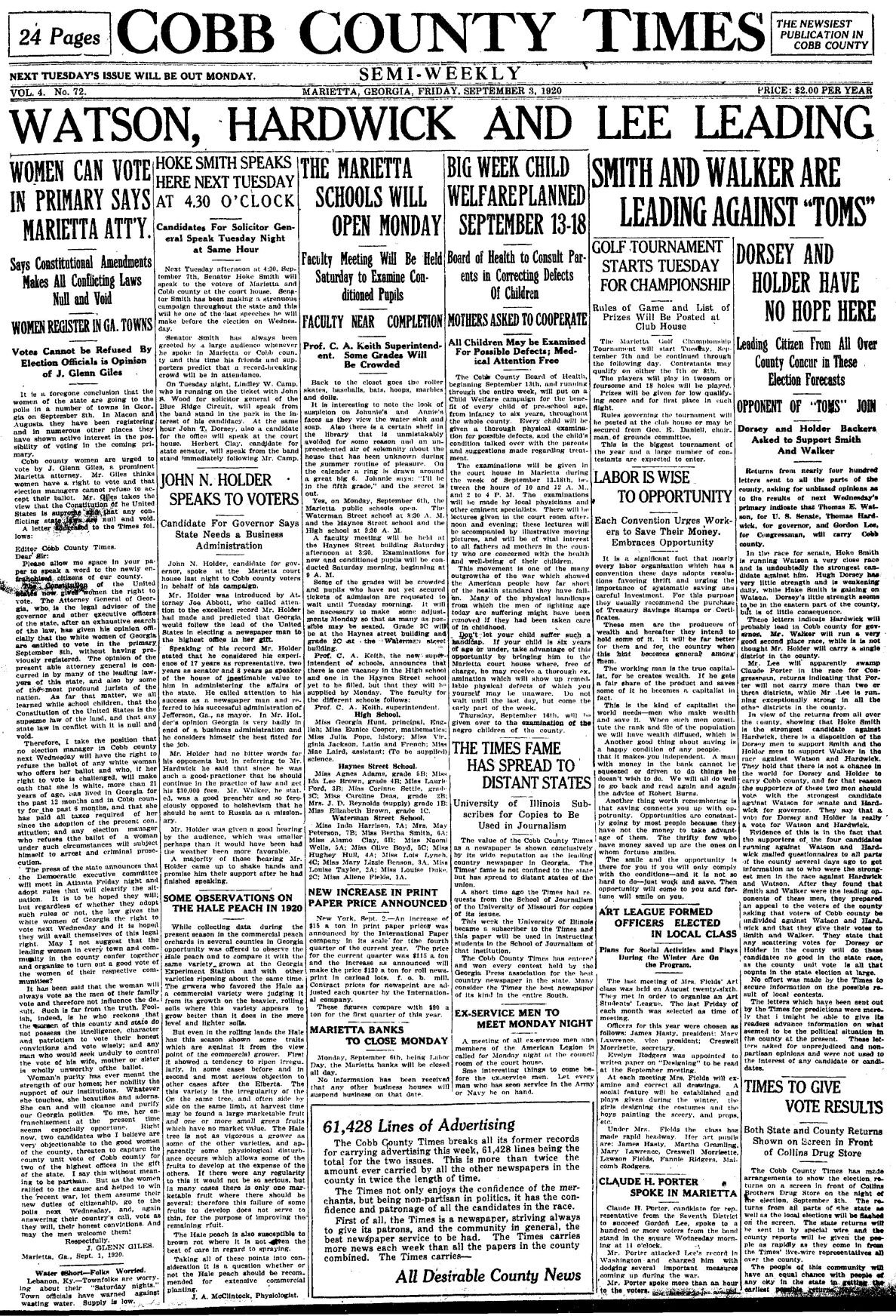 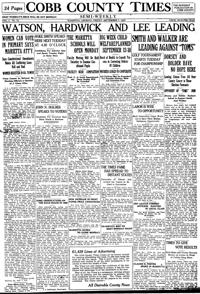 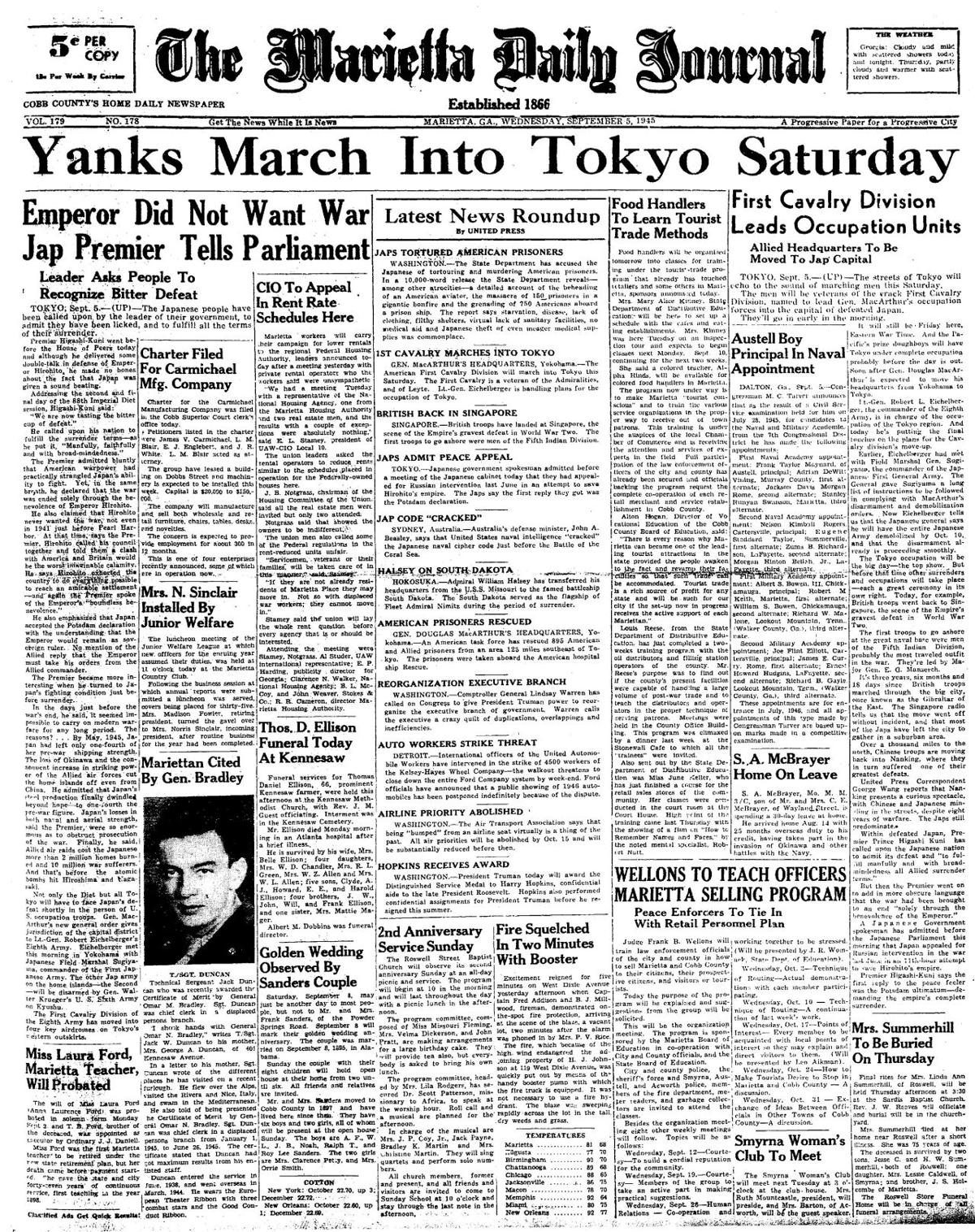 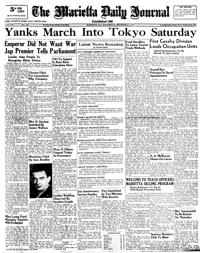 The front page of the Marietta Daily Journal from Wednesday, Sept. 5, 1945. 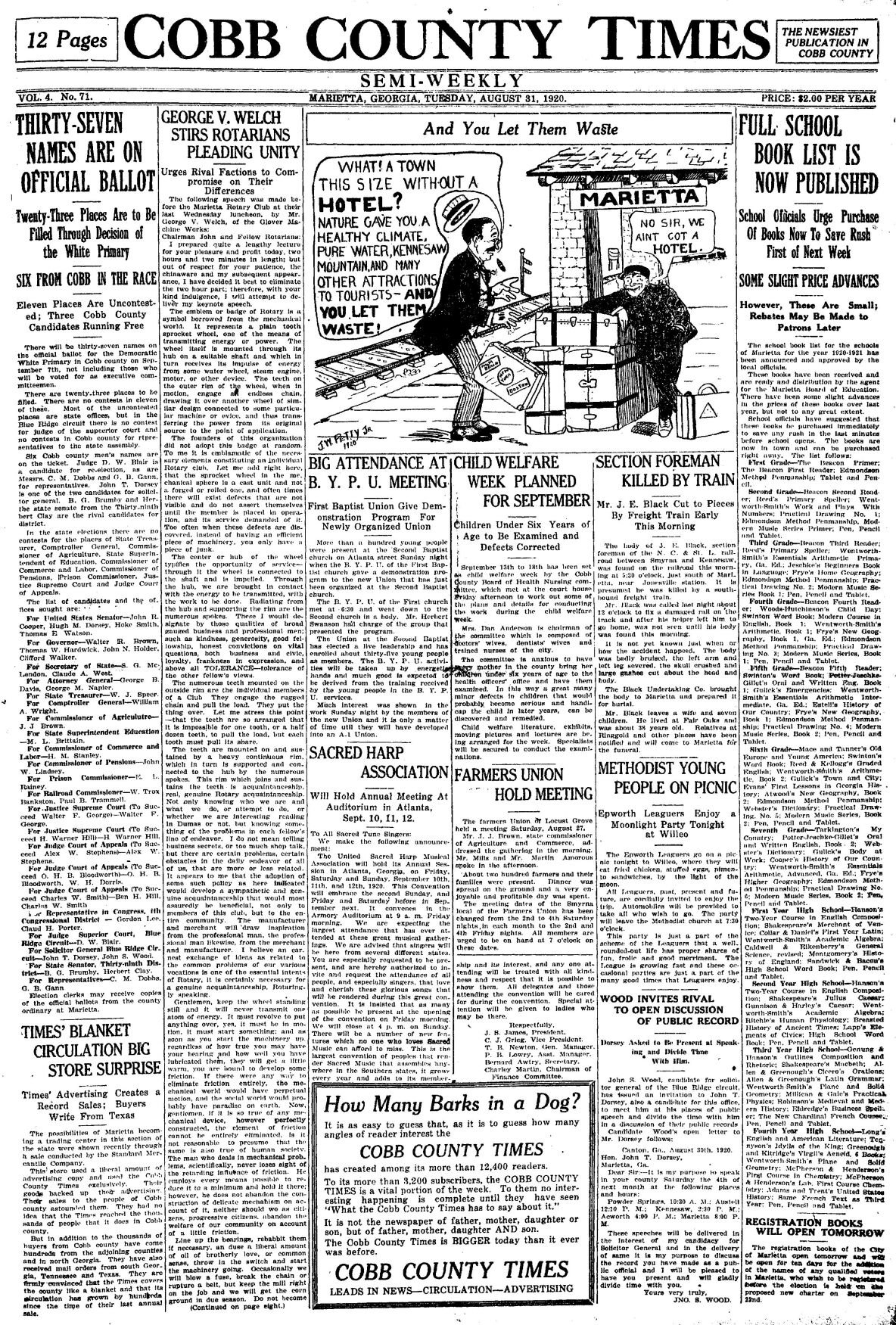 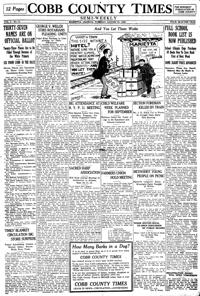 The front page of the Marietta Daily Journal from Wednesday, Sept. 5, 1945.

The Tuesday, Aug. 31, 1920, edition of The Cobb County Times reported that the body of J.E. Black, section foreman of the Nashville, Chattanooga and St. Louis Railroad between Smyrna and Kennesaw, was found on the tracks that morning at 5:30 a.m., just south of Marietta near the Jonesville station. It was presumed that he was killed by a southbound freight train after being called to fix a damaged rail on the tracks around midnight.

The Friday, Sept. 3, 1920, edition of The Cobb County Times had the following item on the Editorial Page:

”Every time some petty politician wants a job that he can’t get any other way, they create another county. To keep up with the map of Georgia is worse than keeping up with the map of Europe. The Georgia assembly this year created four new counties in Georgia, and in November the people of the state are to be asked to vote to ratify their action. Enough of it already.”

In the “News From Our Correspondents” column, the Chattahoochee section reported that Son Webb was hit by a truck in Atlanta the Saturday before. Run over by the vehicle, both of Webb’s legs were broken and one ankle was crushed.

The Friday, Sept. 3, 1920, edition of The Marietta Daily Journal reported that well-known Marietta citizen Tom Jackson was seriously hurt in an auto accident in the Sixes District of Cherokee County the day before.

Jackson, returning to Marietta after purchasing several mules, flipped his car near the home of M.L. Morris. Suffering bad bruises to his neck and shoulders, Jackson was pinned under the car for over an hour before he was discovered.

Thomas Reed, who was well-known as “Blind Tom Reed,” was reported as having died at his home in Smyrna the Saturday before. Reed lost his sight by a premature explosion while working on the old Georgia Pacific Road some 40 years earlier.

In the Friday, Aug. 31, 1945, Marietta Daily Journal it was reported that Marietta Chief of Police Harold Griggs received “a mysterious telephone call” from Texas the week before.

A voice on the line told him that former Cobb resident John London had been killed in an automobile accident in San Antonio, Texas. The caller asked Griggs to notify London’s sister, Minnie Hembree of the Noonday community.

After notifying the sister, Griggs did some investigating and learned London was actually being held in a Texas jail.

Lt. Max L. Parnell, 23, a fighter pilot believed dead after being shot down over Hong Kong on Christmas Eve in 1944, was reported in the Thursday, Sept. 6, 1945, paper as being alive. Parnell was listed aboard the hospital ship S.S. Benevolence after being freed from a Japanese prison camp.

He was bombing ground installations in his P-51 Mustang when flak caused one of his bombs to explode. Parnell, credited with shooting down seven confirmed Japanese planes, was said to have suffered eight months of Japanese brutality.

The Friday, Sept. 4, 1970, paper reported that Cobb County stood an excellent chance of being chosen as the location of a $2.5 million state juvenile detention facility, whose funds were approved by the 1970 General Assembly. If Cobb was selected, the facility would be located on 50 acres of the county farm off Powder Springs Road in southwest Marietta.

Also that day, it was reported that W.F. Baxter of Kingston threw his last crossing switch from his Louisville and Nashville Railroad tower in Marietta the day before. The cross-switching was to be handled in the future by a completely automated system and the tower torn down.