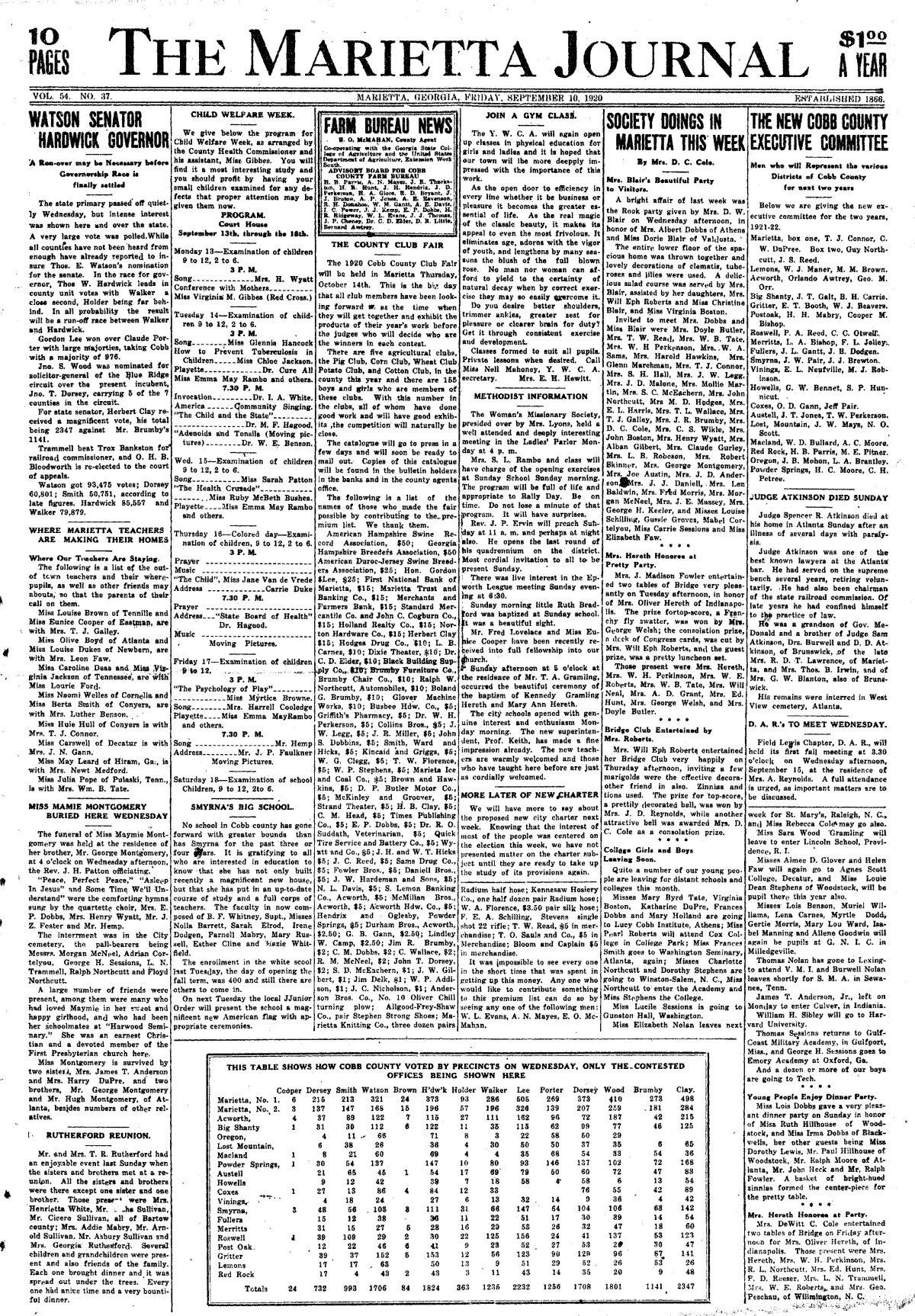 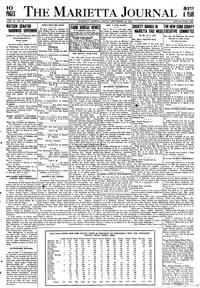 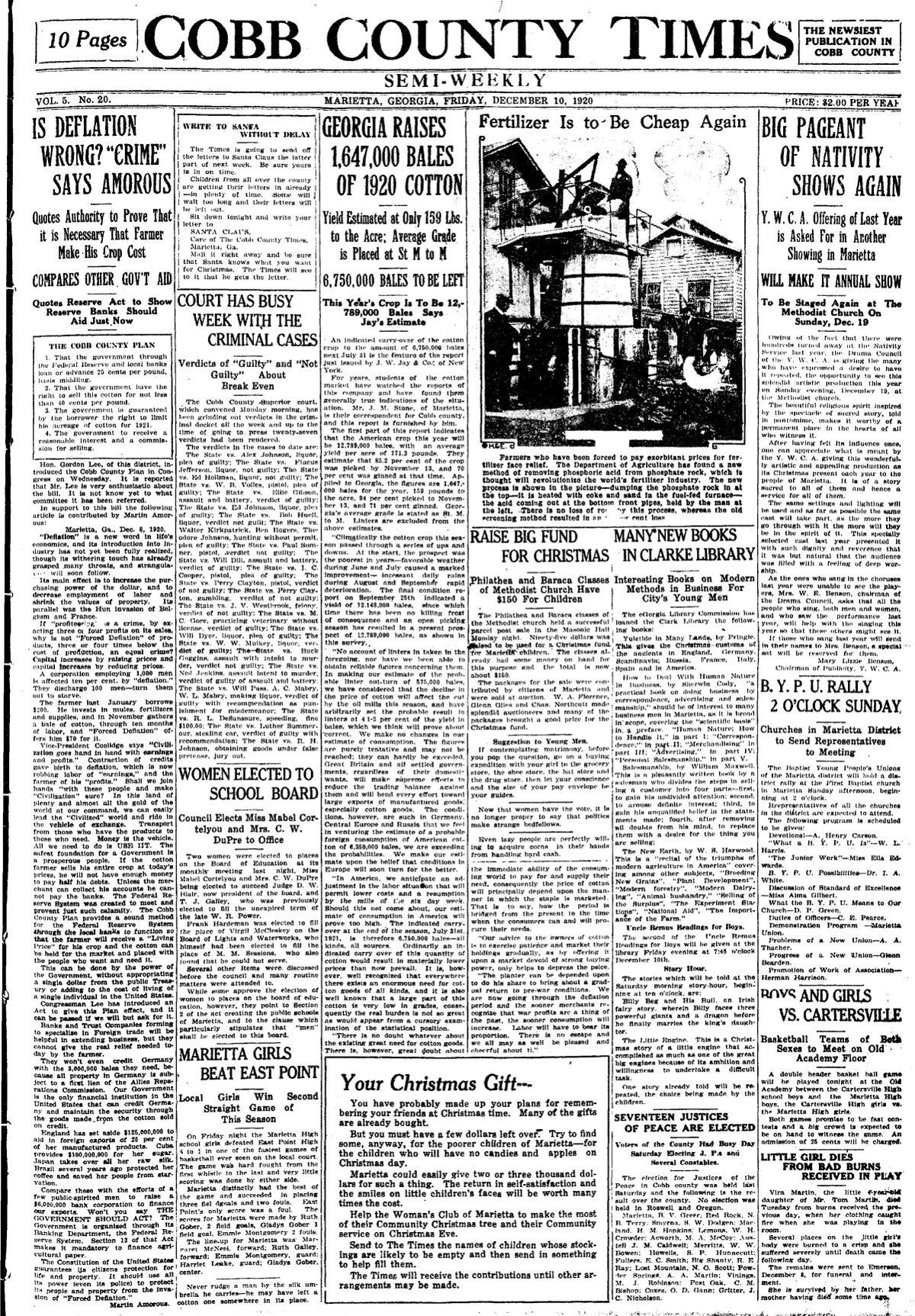 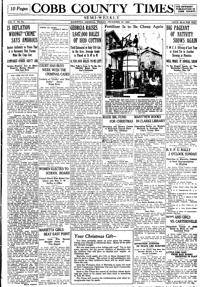 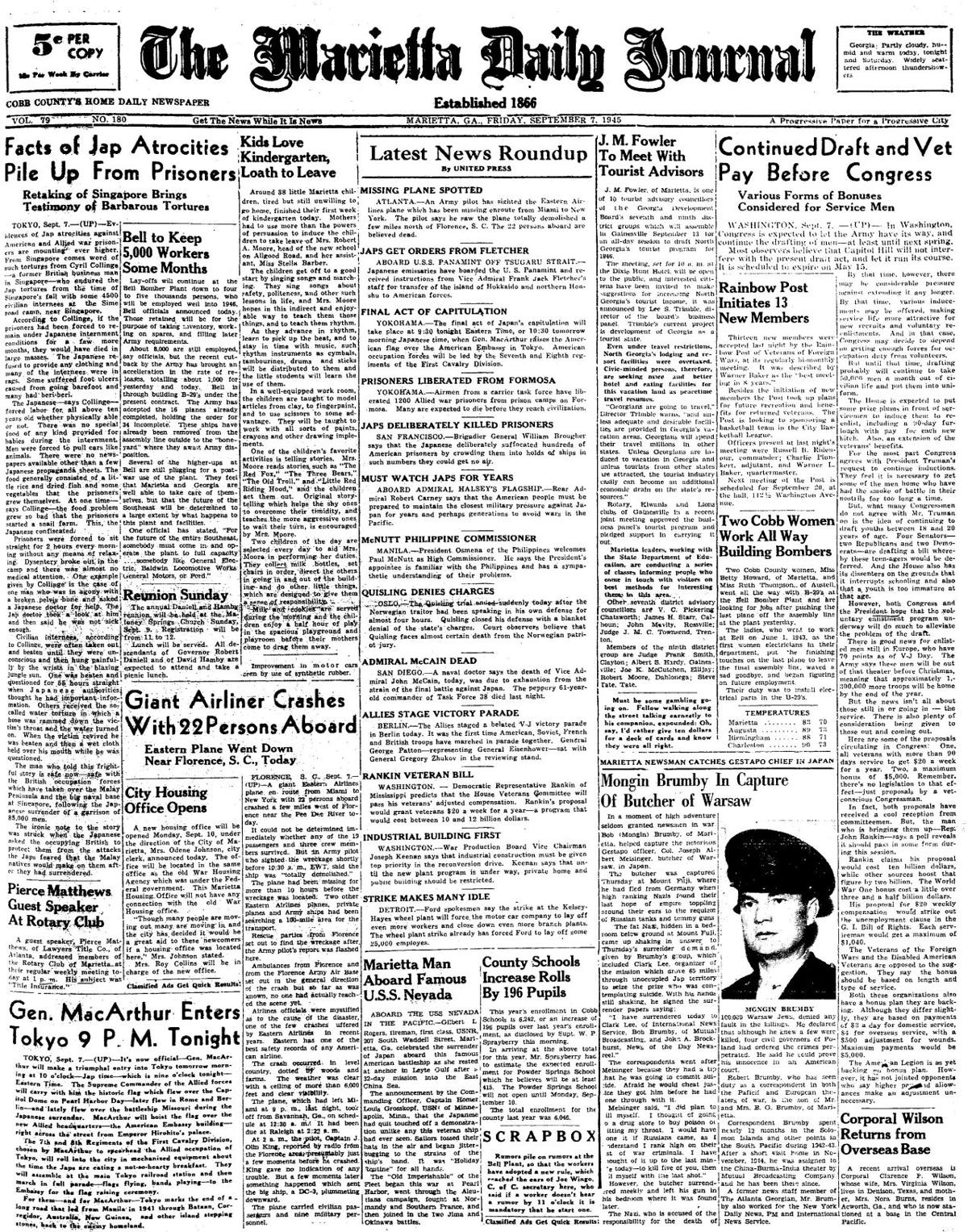 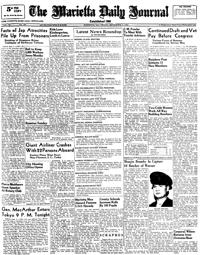 The front page of the Marietta Daily Journal from Friday, Sept. 7, 1945. 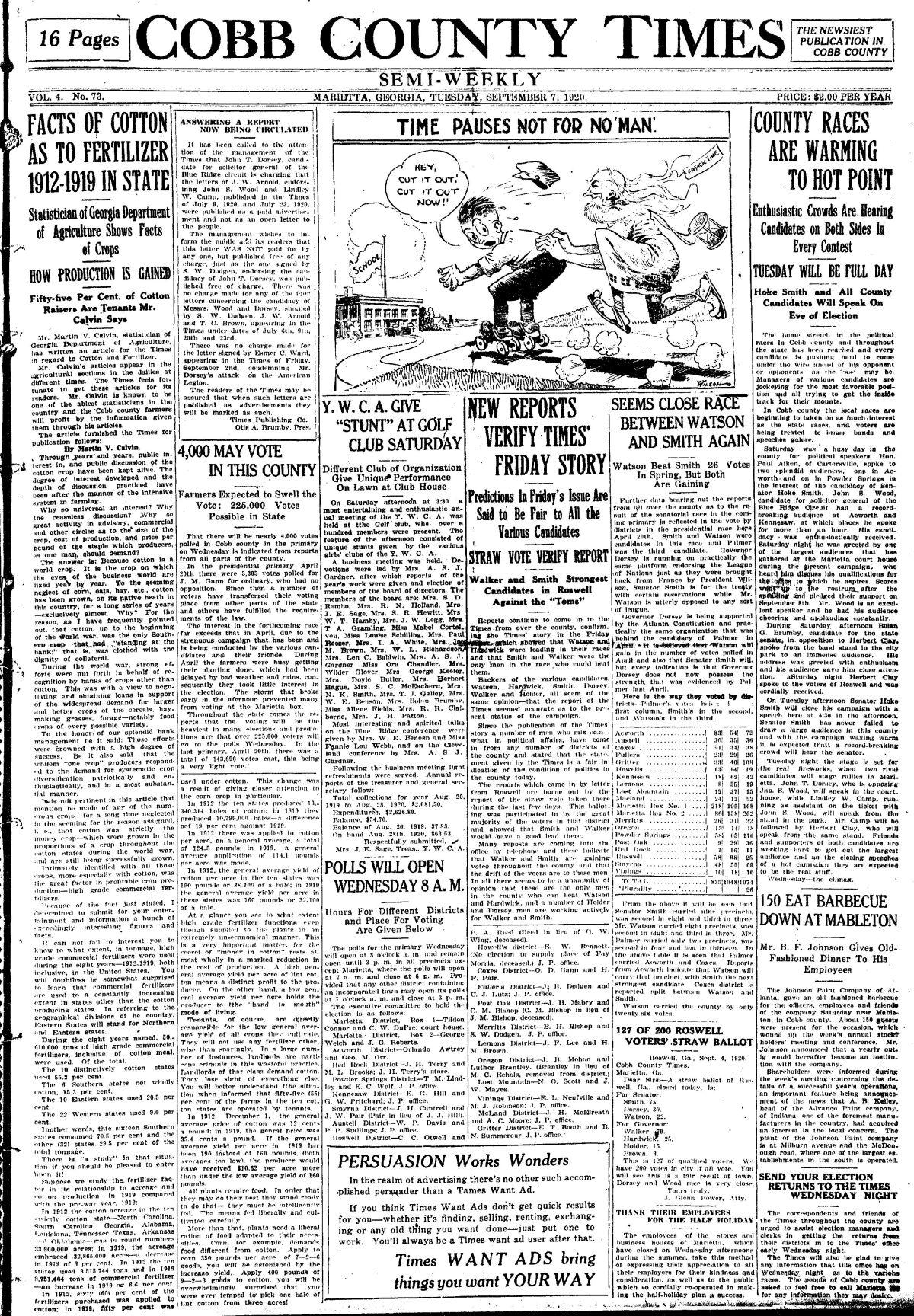 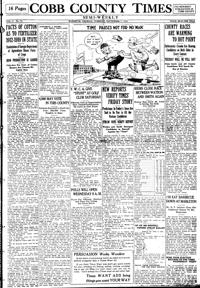 The front page of the Marietta Daily Journal from Friday, Sept. 7, 1945.

The Tuesday, Sept. 7, 1920, edition of The Cobb County Times reported that the Johnson Paint Company of Atlanta held “an old fashioned barbecue” for the officers, employees and friends of the company the Saturday before in Mableton.

There were 150 people present, which wound up the annual stockholders meeting and conference. Shareholders were also informed that A.B. Kelley, head of the Advance Paint Company of Indiana — which was one of the foremost manufacturers in the country at the time, had acquired an interest in the local company.

The Johnson Paint Company’s plant, located at Milburn Avenue and McDonough Road in Atlanta, was one of the largest establishments in the South.

Judge Spencer R. Atkinson was reported as having died at his home in Atlanta the Sunday before after a stroke.

Judge Atkinson was the fourth son of Alax S. Atkinson and Mary Anne Atkinson, who was the eldest daughter of Charles J. McDonald, one of the early governors of Georgia. He was a former justice of the Supreme Court of Georgia and, at one time, the railroad commissioner.

♦”Have you got enough election cigars stored up to last you to Christmas? If you haven’t, get busy in the next few days. Handshakes don’t go far, neither do election promises, but a cigar is a cigar.”

♦”Every parent who blesses out any teacher in the presence of a school child is helping to tear down the morale of the whole school and helping make it impossible for the teachers to do their work properly. If the teacher is wrong, tell the teacher and not the child. It will be best for the child.”

The Friday, Sept. 10, 1920, edition of The Cobb County Times had a full page advertisement by Holland Realty Co. in Marietta for the auction sale of the 102-acres of the J.R. Underwood farm that was taking place on Thursday, Sept. 16, 1920. The property was being sold in a dozen tracts of 1 to 20 acres and three houses.

The Friday, Sept. 10, 1920, edition of The Marietta Daily Journal reported the death of Mrs. Asenith Lindley in the Powder Springs section of the “News From Our Correspondents” column.

Mrs. Lindley’s husband, Jonathon Lindley, was killed while serving in the Civil War and left her with five very small children. Her house was reported as having been shelled by federal soldiers, the marks of which were still visible on the home.

In the Friday, Sept. 7, 1945, edition of The Marietta Daily Journal it was reported that Bob “Mongin” Brumby of Marietta helped capture “the notorious Gestapo officer Col. Joseph Albert Meisinger, the butcher of Warsaw, in Japan.”

Meisinger, who was captured the Thursday before in a bedroom below ground at Mount Fuji, surrendered to Brumby’s group after driving 65 miles through unoccupied Japanese territory on a tip. Meisinger surrendered to Brumby of Mutual Broadcasting, Clark Lee of International News Service and John A. Brockhurst of News of the Day Newsreel.

Charles M. Lewis, formerly with the Army-Navy YMCA in Manila and a Japanese prisoner for more than three years, was to speak the following Sunday to the First Presbyterian Church.

Lewis was going to recount the story of his internment with his wife and three children, who were among the first 350 internees taken to Santo Tomas University — which was used as a POW camp in Manila. They were freed by the First Cavalry on Feb. 3, 1945.

According to physicians, if the rescue had been delayed by two weeks, half of the POW camp would have been dead from starvation.