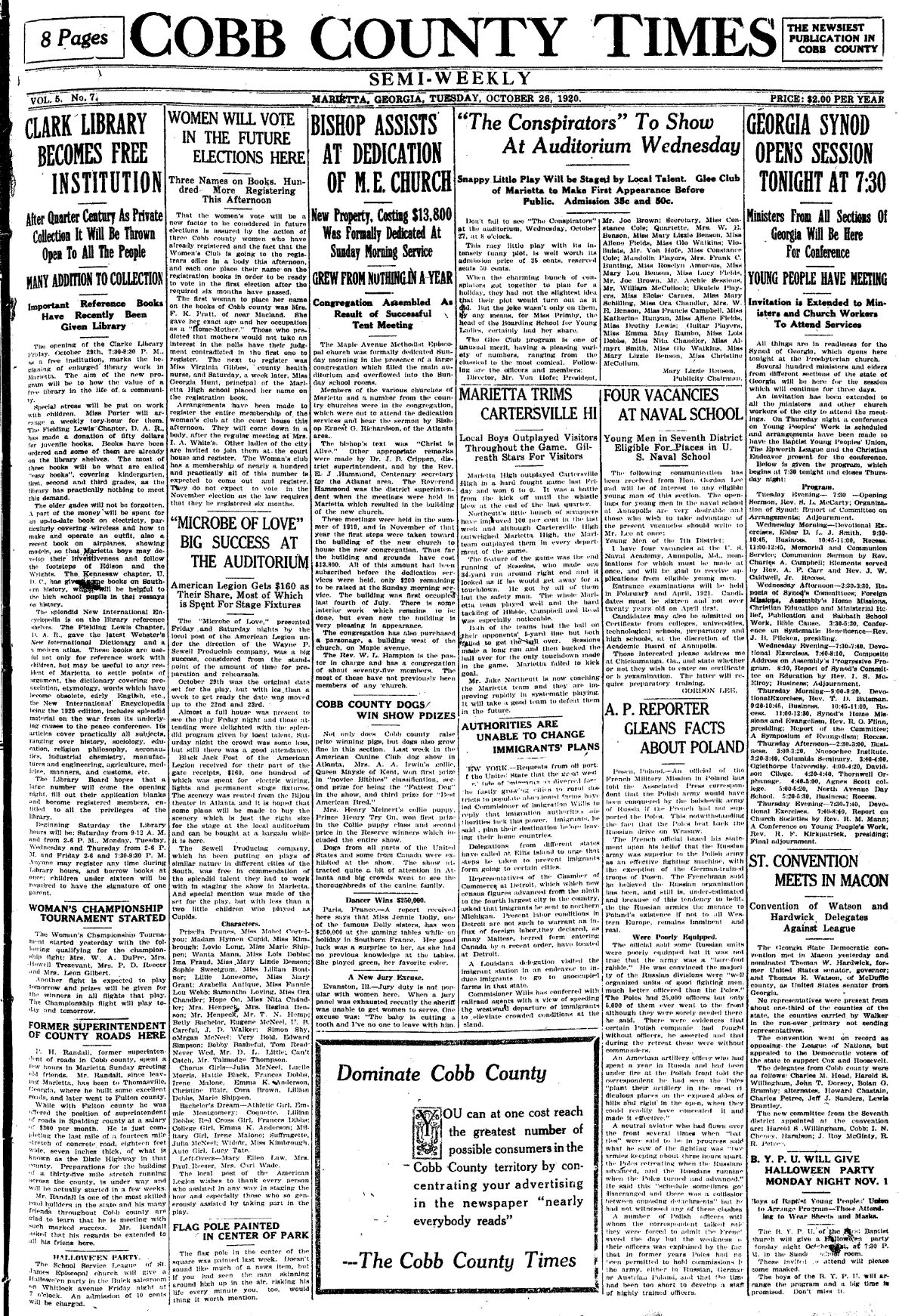 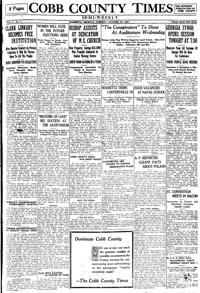 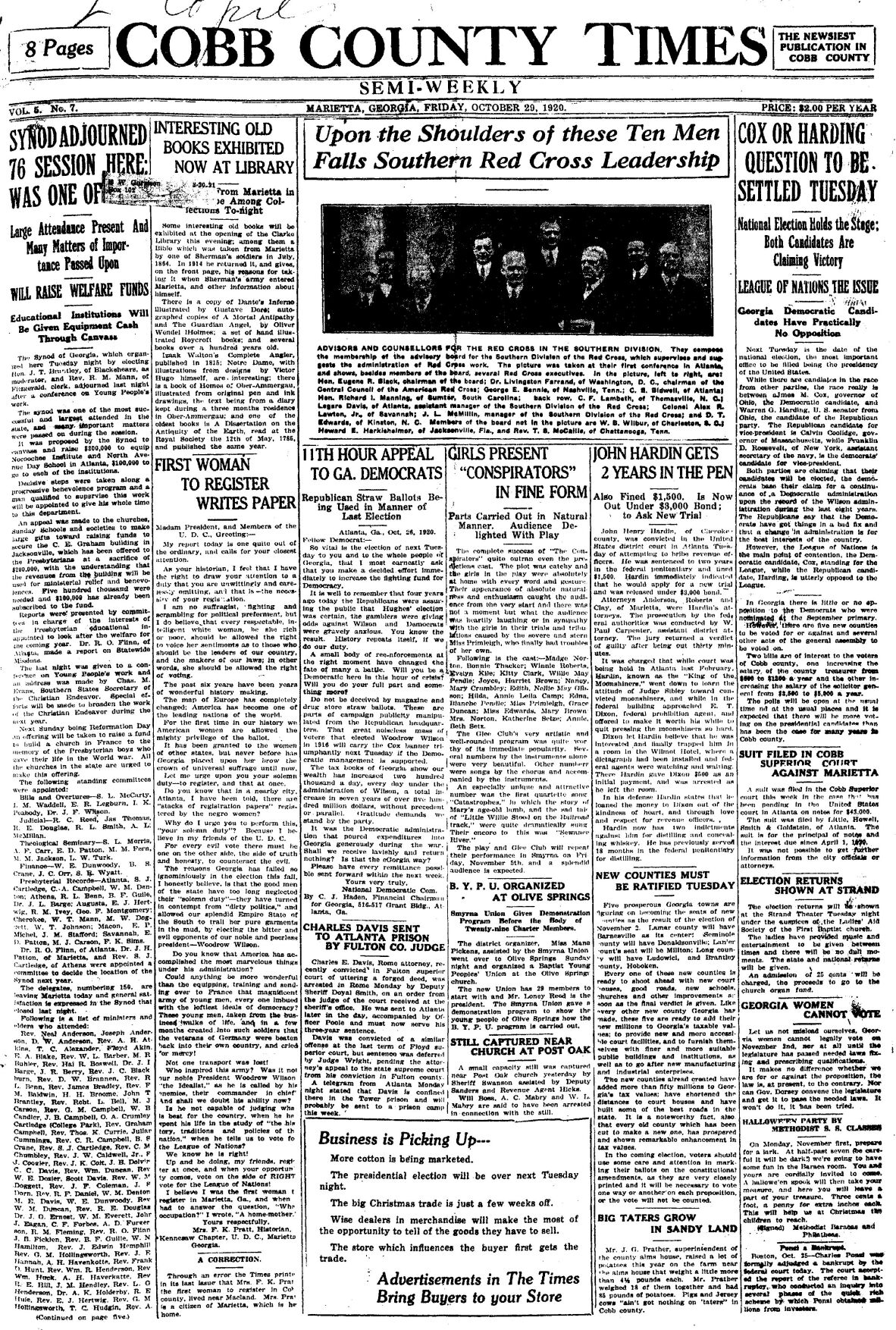 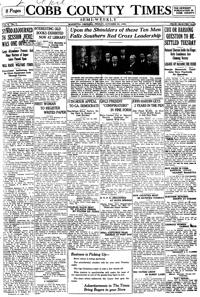 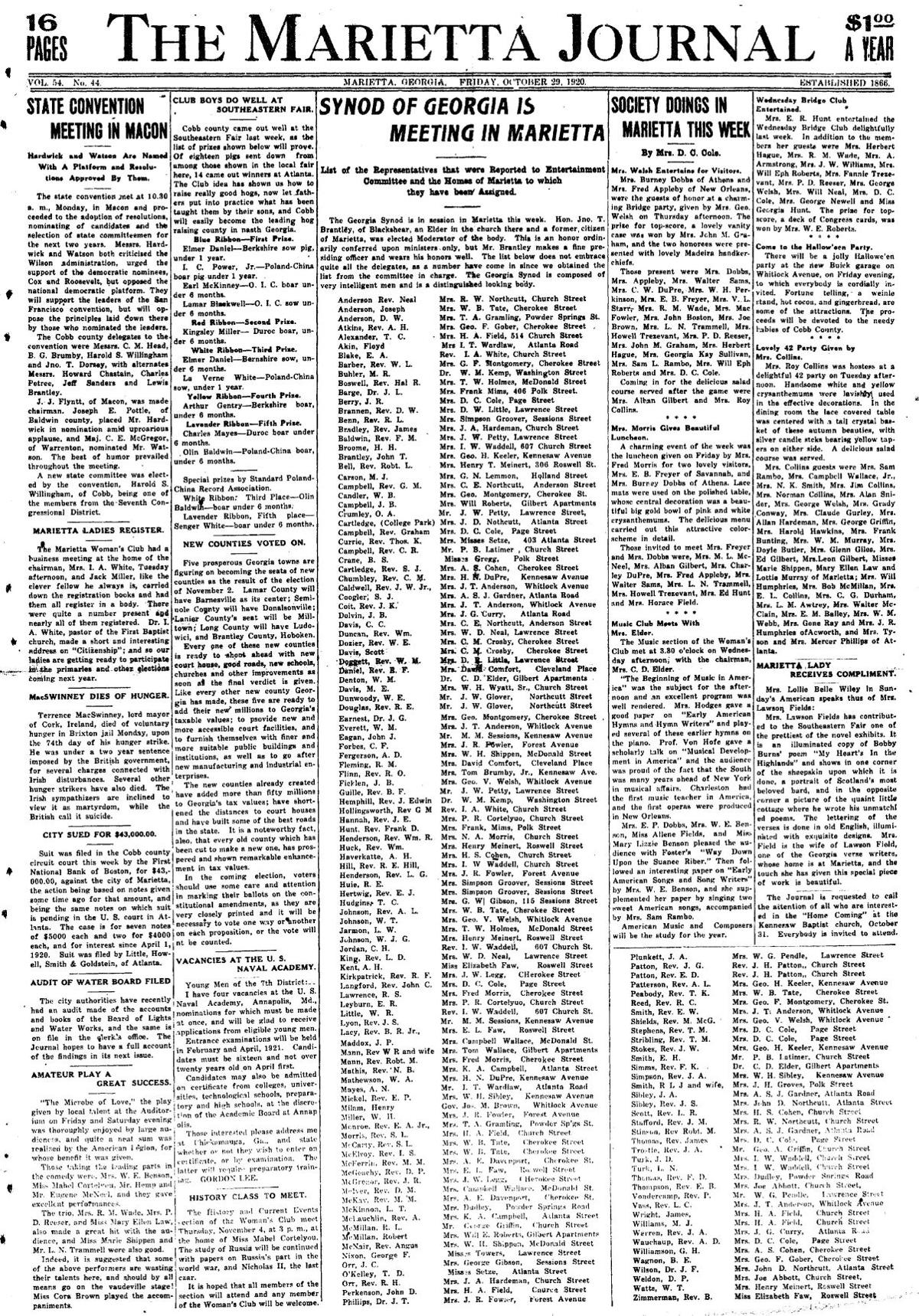 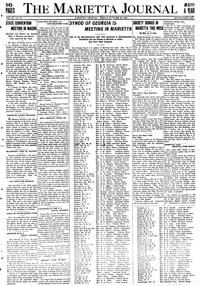 The Tuesday, Oct. 26, 1920, edition of The Cobb County Times carried a story out of post World War I Germany about how civilians were surrendering weapons to the police for destruction. One woman was reported as bringing 10 machine guns and 180 pistols and revolvers in a cart, which earned her $3,750.

The Friday, Oct. 29, 1920, edition of The Cobb County Times reported on some interesting old books being exhibited at Clarke Library in Marietta, which had become a free institution earlier in the week after 25 years as a private collection.

Among the exhibition was a Bible taken from Marietta by one of Gen. William Tecumseh Sherman’s soldiers in July 1854. In 1914, the man returned it and wrote on the front page his reasons for taking it when the Union entered Marietta along with some information about himself.

There was also a copy of “Dante’s Inferno” illustrated by Gustave Dore; autographed copies of “A Mortal Antipathy” and “The Guardian Angel” by Oliver Wendel Holmes; a set of hand-illustrated Roycroft books; Izaak Walton’s “Complete Angler,” published in 1815; and several other books over 100 years old.

The eldest book was “A Dissertation on the Antiquity of the Earth,” read at the Royal Society on May 12, 1785, and published that same year.

A small capacity still was reported as captured near the Post Oak Church the day before by Sheriff Swanson, Deputy Sanders and Revenue Agent Hicks. Three men were arrested in connection with the still’s operation.

The Friday, Oct. 29, 1920, edition of The Marietta Daily Journal reported in the Blackwell section of the “News From Our Correspondents” column that Emory Howard lost his car the week before. Howard was working on the car by lamplight when the gas caught fire and was completely destroyed. He received severe burns on his hands trying to save the vehicle.

A bus to Acworth was reported as crossing the railroad tracks at Kennesaw Avenue the Sunday before at 10 a.m. when a southbound Nashville Chattanooga & St. Louis Railway passenger train was coming in. A box car cut off the view north so the driver of the bus failed to see the oncoming train. The impact hit and tore away most of the middle of the right side of the bus. There were 14 people badly shaken up. The most injured were the Rev. J.J. Crowe with a fractured skull and a child of Mrs. Will McAffee.

In the Friday, Oct. 26, 1945, edition of The Marietta Daily Journal, Cobb County Sheriff T.M. Sanders was reported as receiving the first 1946 Ford after it was on display at Guest-Southwell Motor Company at their Whitlock Avenue salesrooms in Marietta. Sanders was given the keys from Arnold Guest.

♦Marietta Chief of Police Harold P. Griggs was reported as receiving a letter from the Rev. Joseph T. Walker “deploring the use of the Episcopal Cemetery as a football field during the day and a ‘lovers lane’ at night.”

♦Staff Sgt. John L. “Bo” Kincaid of Marietta, who participated in 23 B-23 missions and was in the plane which dropped the last bomb on Japan, was reported as being on his way home with discharge papers. Kincaid entered Japan with Gen. MacArthur when the nation finally collapsed “under the weight of B-29’s and exploding atoms.”

♦A Senate committee was reported as being advised by a War Department expert that the giant Bell Bomber Plant in Marietta would be put back to work as part of a peace-time air industry under joint Army-Navy authority.

The Tuesday, Oct. 30, 1945, paper carried a United Press story that reported units of the 97th Division in Japan had seized more than $6 million worth of opium, quinine and other drugs from Japanese warehouses near Nagano in central Honshu. The haul included four tons of crude opium and 32 tons of quinine — enough for over 29 million doses.