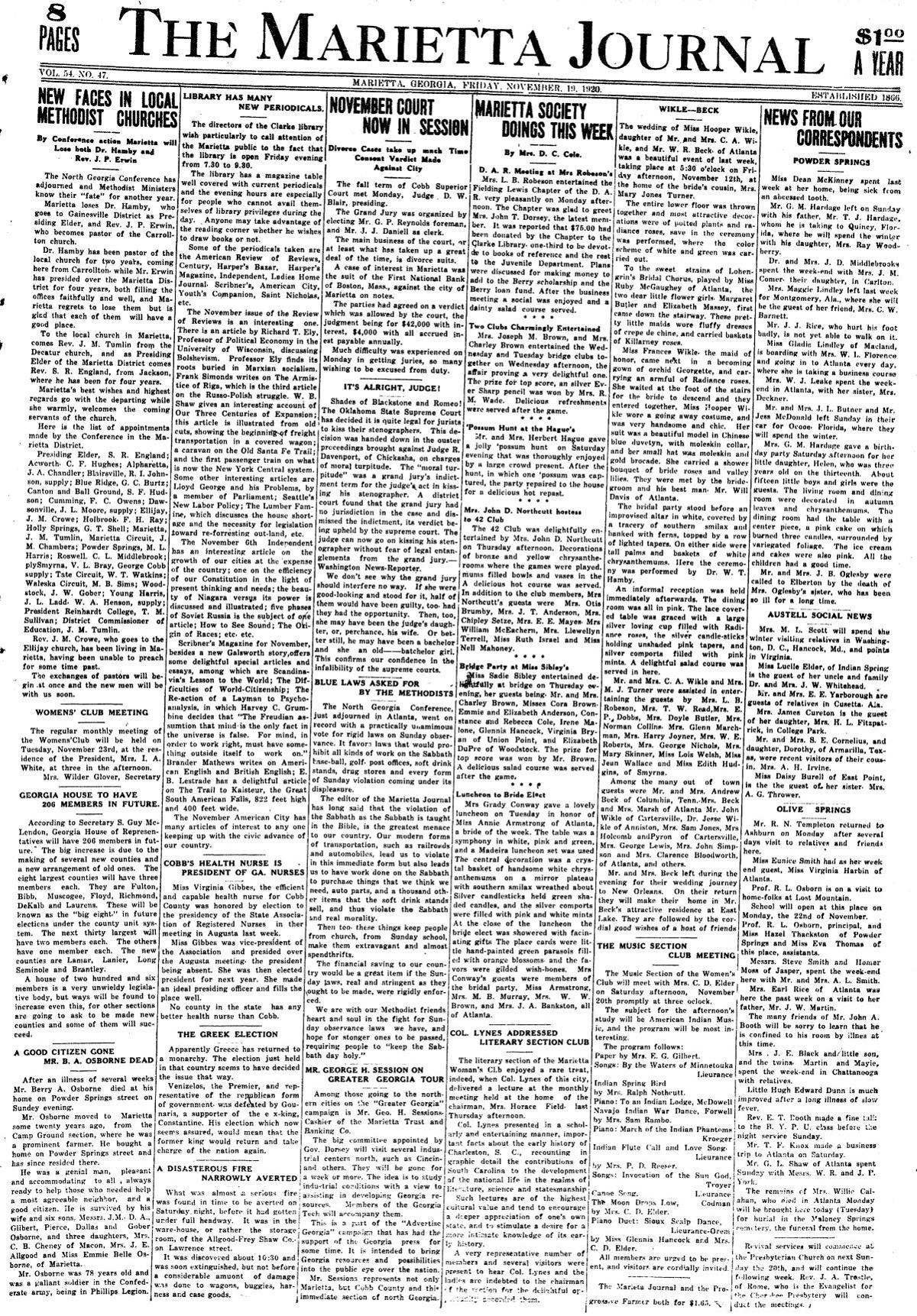 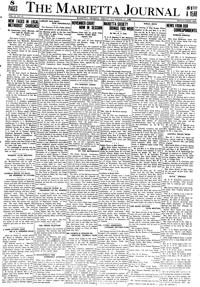 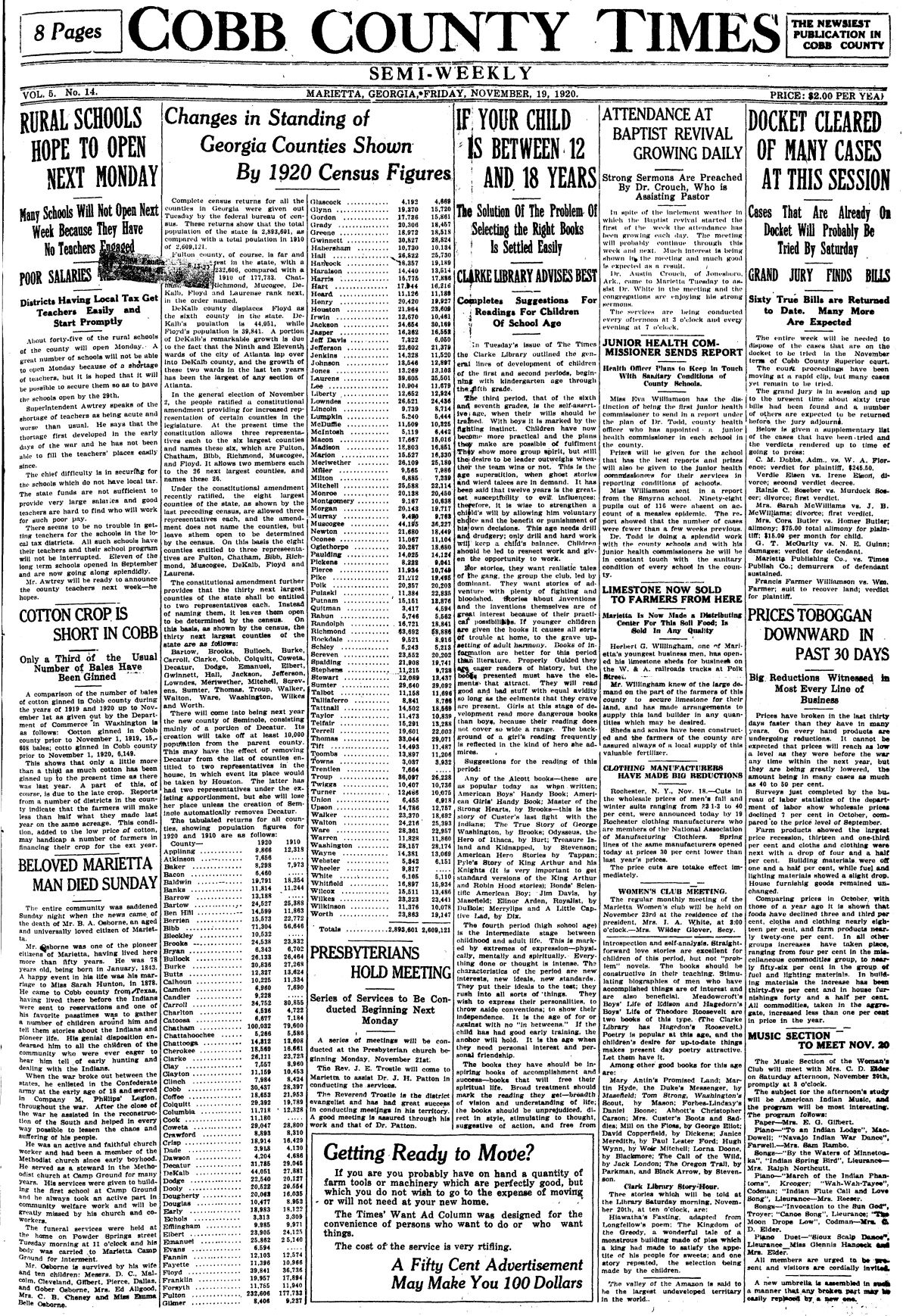 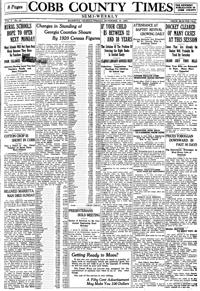 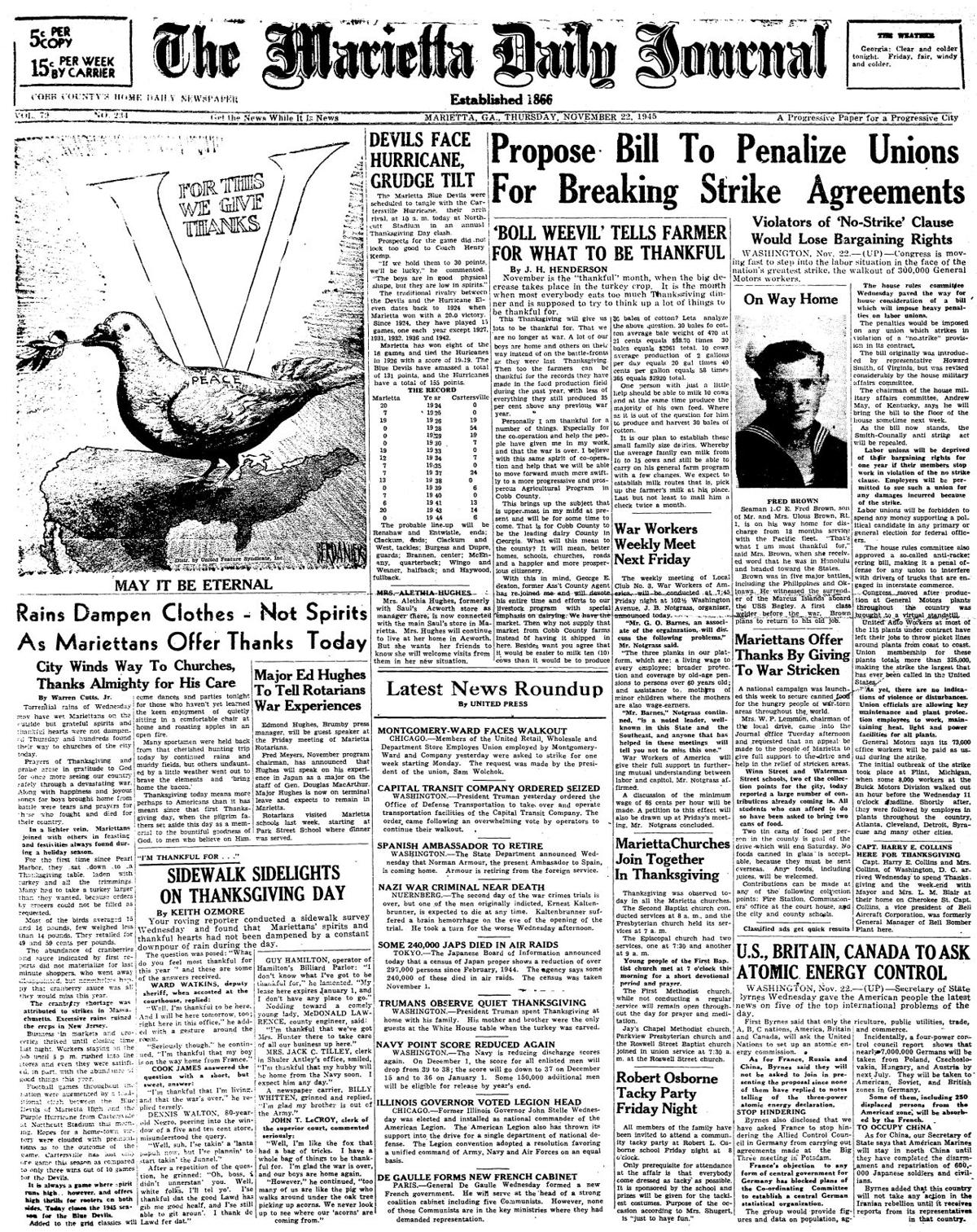 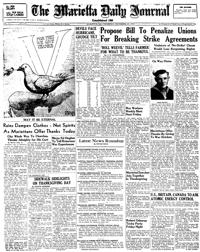 The front page of the Marietta Daily Journal from Thursday, Nov. 22, 1945. 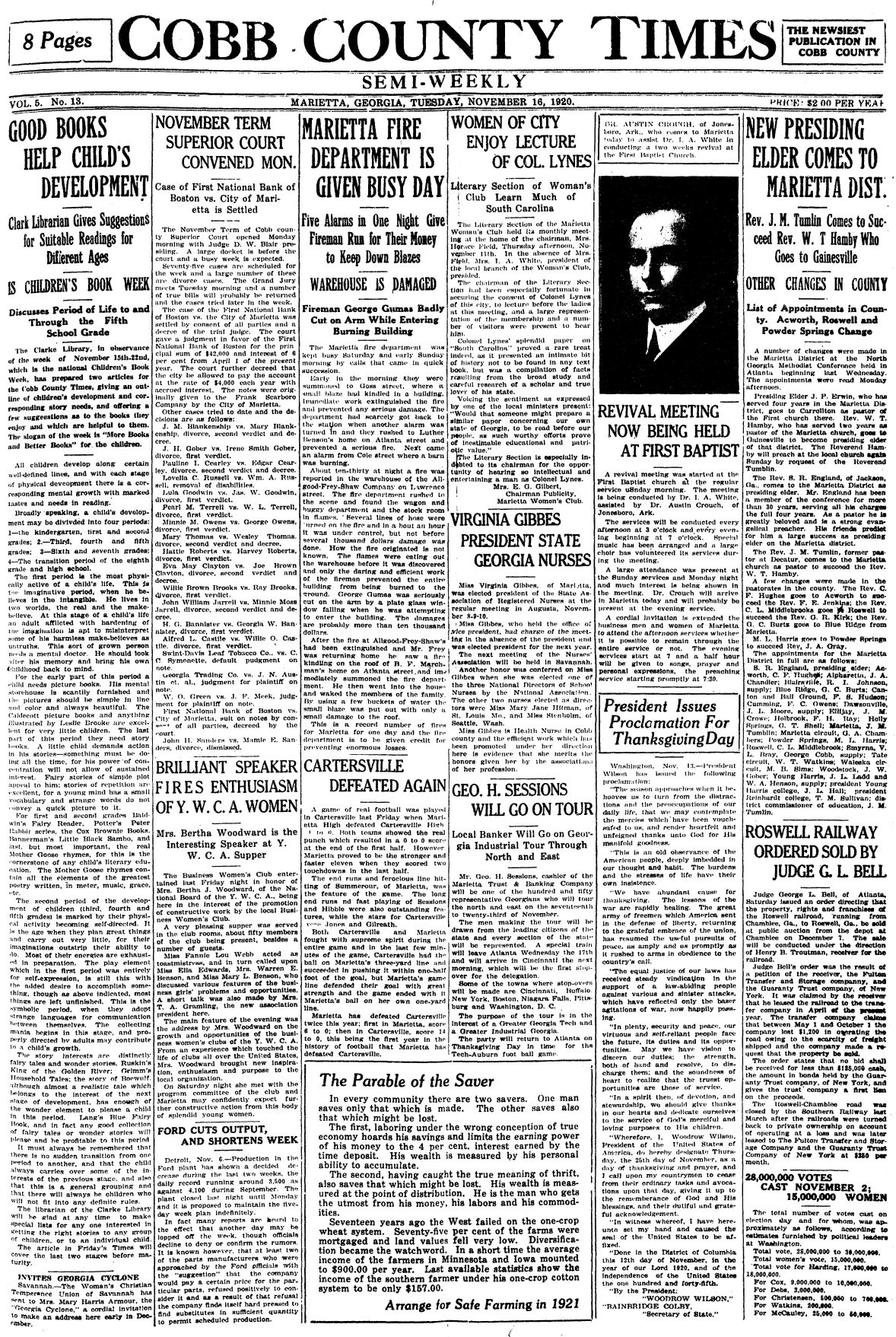 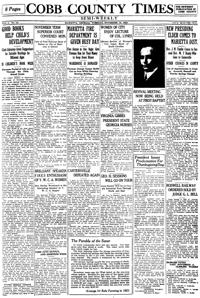 The front page of the Marietta Daily Journal from Thursday, Nov. 22, 1945.

The Tuesday, Nov. 16, 1920, edition of The Cobb County Times reported a record number of fires in one day for the Marietta Fire Department.

Early the Saturday morning before, firefighters were summoned to Goss Street to fight a small blaze in a building and prevented any serious damage. After that fire, the department was barely back to the station when another alarm came in for Luther Benson’s home on Atlanta Street. Again, the department prevented serious damage. Then an alarm came in from Cole Street where a barn was burning.

Around 10:30 p.m. that night, a fire was reported in the warehouse of the Allgood-Frey-Shaw Company on Lawrence Street. On scene, firefighters found the wagon and buggy department and the stock room in flames. Several lines of hose were turned on the blaze and around 11:30 p.m. it was brought under control. The fire, however, had done several thousand dollars of damage. George Gumas was reported as being seriously cut on the arm by a plate glass window falling when he attempted to enter the building.

After the warehouse blaze, Mr. Frey was heading home when he saw a fire on the roof of B.F. Marchman’s home on Atlanta Street. Frey immediately summoned the fire department and then went into the house to wake the family. Using buckets of water, the small blaze was put out with only minor damage to the roof.

Judge George L. Bell of Atlanta issued an order the Saturday before directing that the property, rights and franchises of the Roswell Railroad, running from Chamblee to Roswell, be sold at public auction from the Chamblee depot on Dec. 7, 1920.

The Friday, Nov. 19, 1920, edition of The Cobb County Times reported on the death of B.A. Osborne, 78, “an aged and universally loved citizen of Marietta.” Osborne was born in January 1843 and came to Cobb County from Texas, “having lived there before the Indians were sent to reservations.”

When the Civil War broke out, Osborne enlisted in the Confederate Army at 18 and served in Company M. Phillips’ Legion throughout the war. After the war, he “assisted in the reconstruction of the South and helped in every way possible to lessen the chaos and suffering of his people.”

In the Monday, Nov. 19, 1945, edition of The Marietta Daily Journal it was reported that two Marietta men, Walter A. Brown and Clarence H. Carter — both seaman first class, “figured in a combination of typical bluejacket bravery and rare good fortune, while serving on the cruiser U.S.S. Biloxi, that saved the ship from damage or destruction by suicide fliers,” according to Navy records.

Dawn was breaking on Okinawa, four days before D-Day, when Japanese suicide planes came in for a group of ships that included the Biloxi. Every ship’s guns went into action. A suicide plane, despite being hit repeatedly and the pilot dead at the controls, continued to dive at the ship. The captain ordered an emergency turn to avoid collision, but the plane made a “freak half-roll and crashed into the ship’s aft section.”

There was no explosion. Repair parties descending into the flooded compartments and found an unexploded 1,100-pound bomb. The bomb was brought up, rendered harmless and mounted on the ship’s quarterdeck.

“Torrential rains of Wednesday may have wet Mariettans on the outside but grateful spirits and thankful hearts were not dampened Thursday and hundreds found their way to churches of the city today.

Prayers of Thanksgiving and praise arose in gratitude to God for once more seeing our country safely through a devastating war. Along with happiness and joyous songs for boys brought home from battle were tears and prayers for those who fought and died for their country.”

A Marietta-built B-29 was reported in the Friday, Nov. 23, 1945, paper as establishing a new world nonstop distance record of 8,198-miles, flying from Guam to Washington in 35 hours and five minutes. The Superfortress averaged about 234 miles per hour, beating by 1,040 miles the previous record of 7,158 miles set by British airmen in 1938 on a flight from Egypt to Australia.