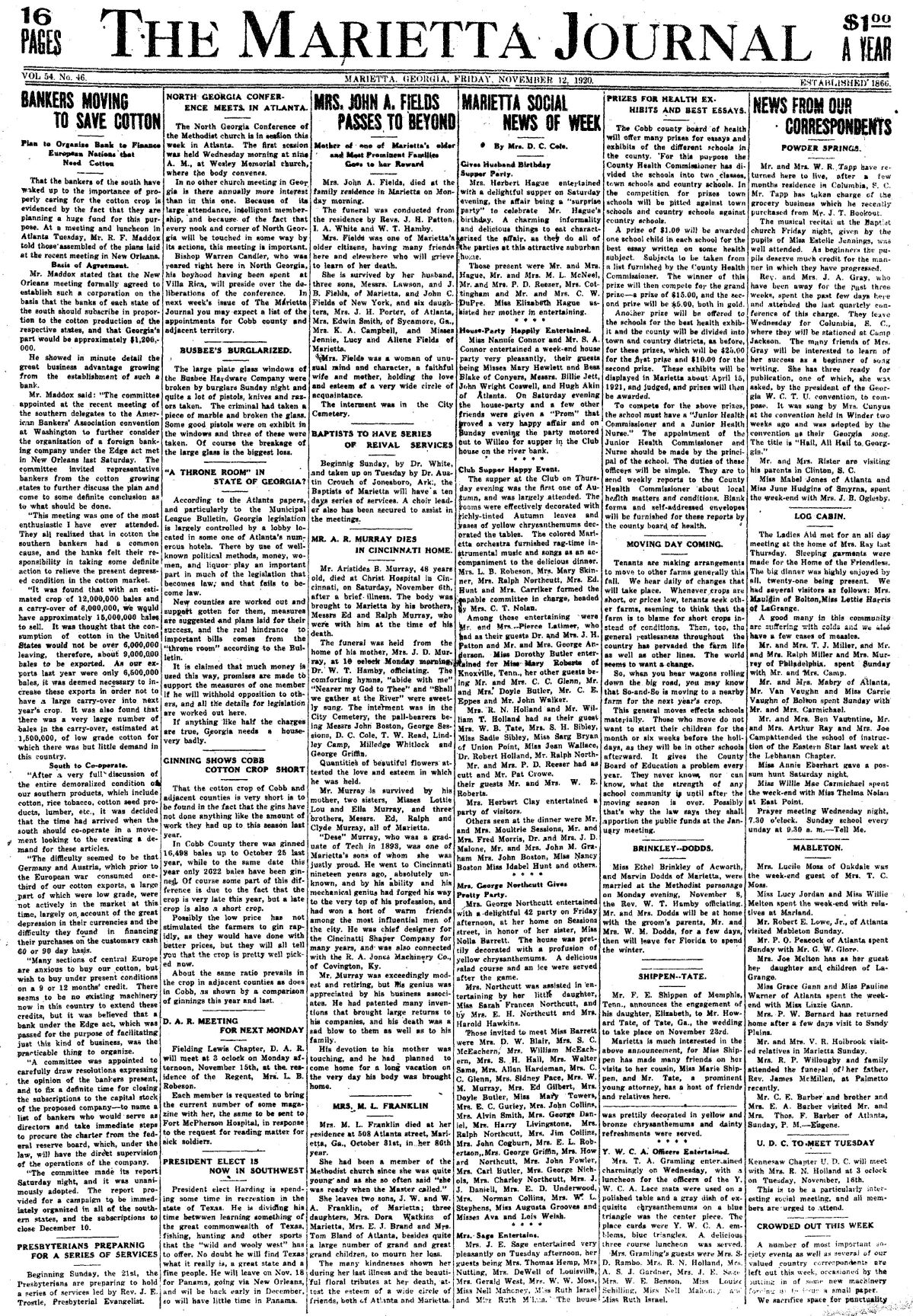 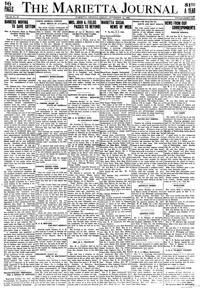 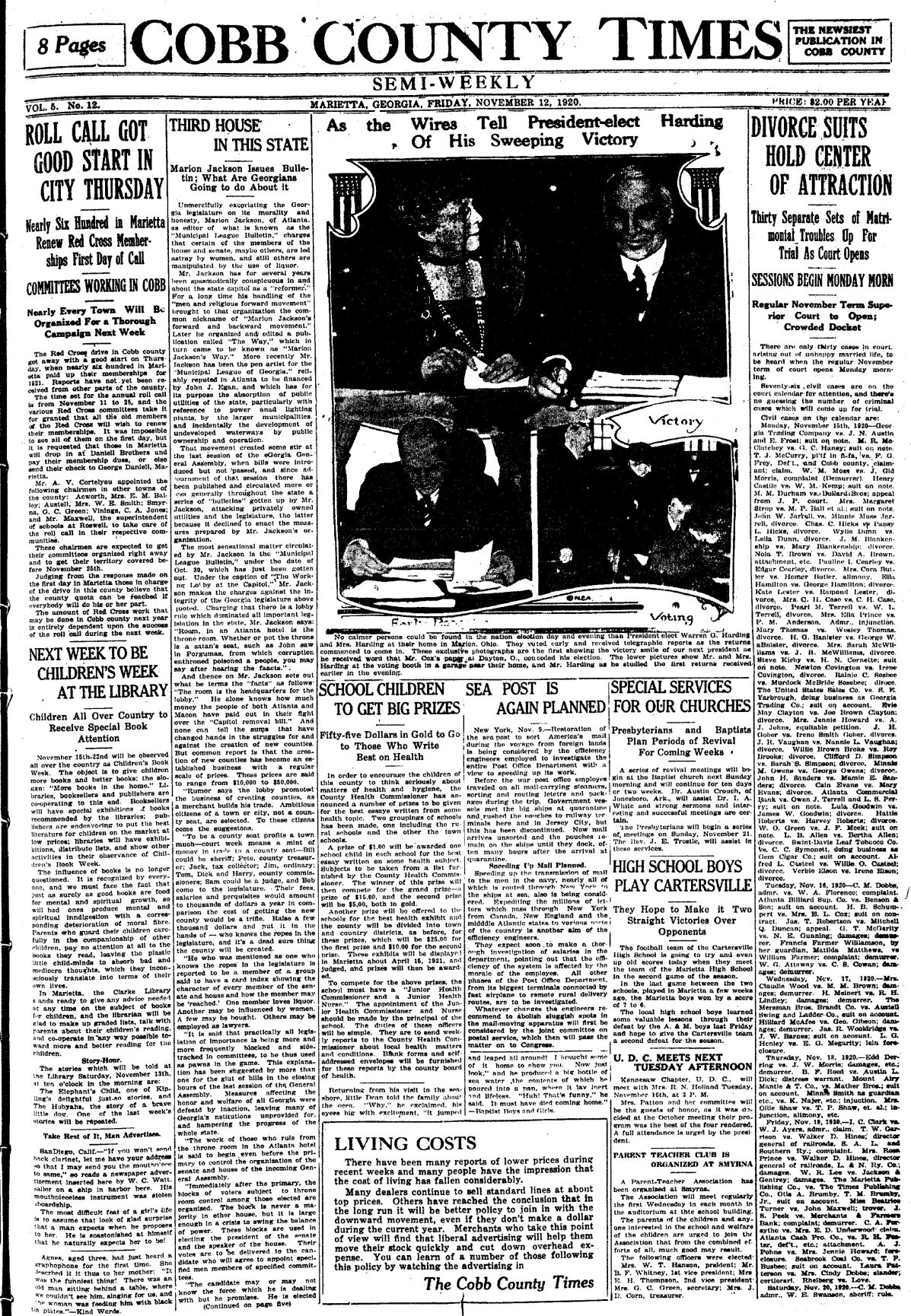 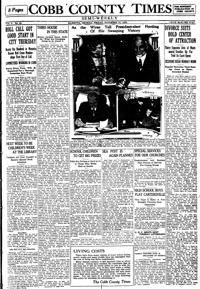 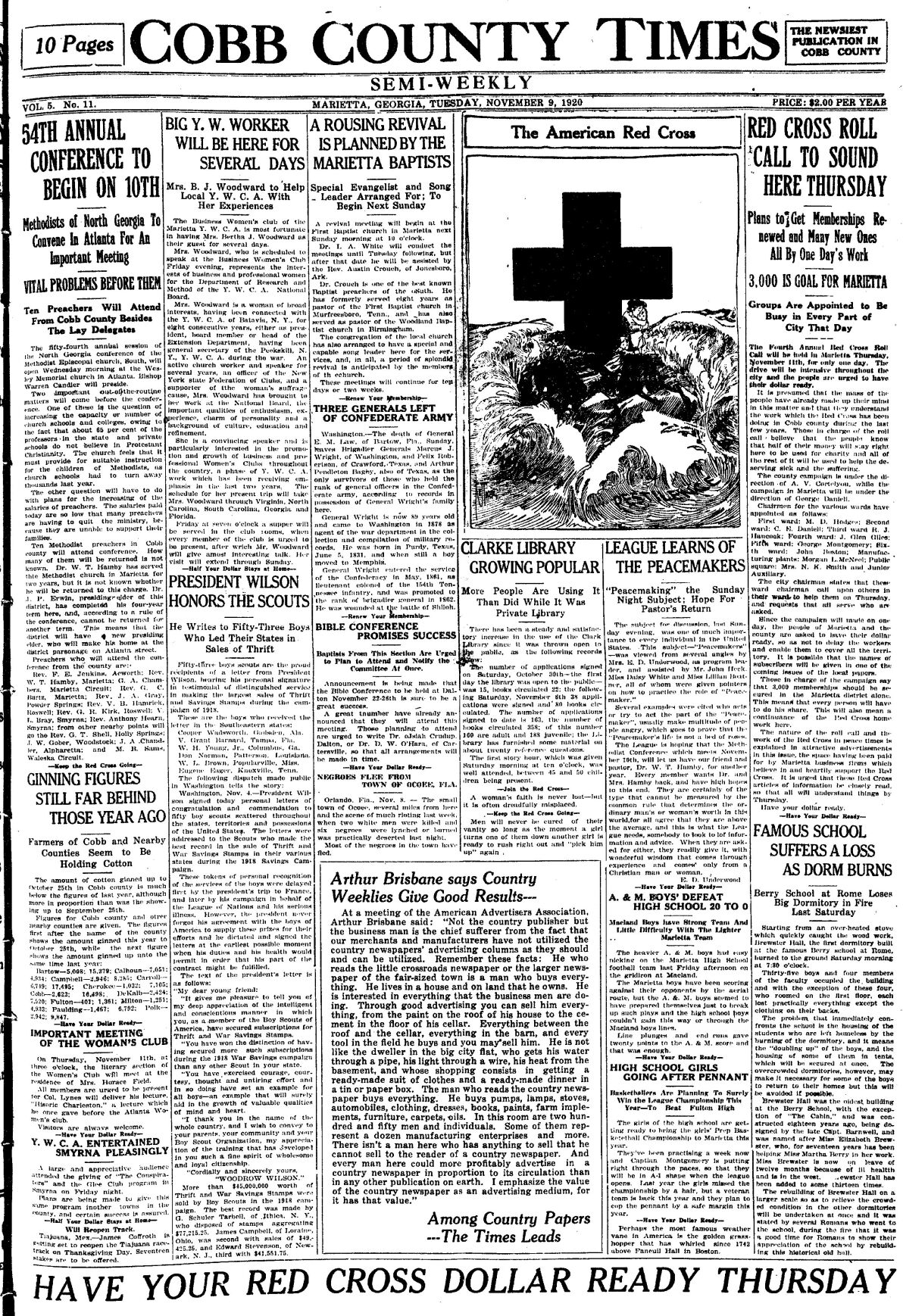 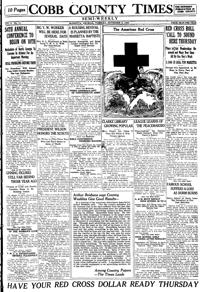 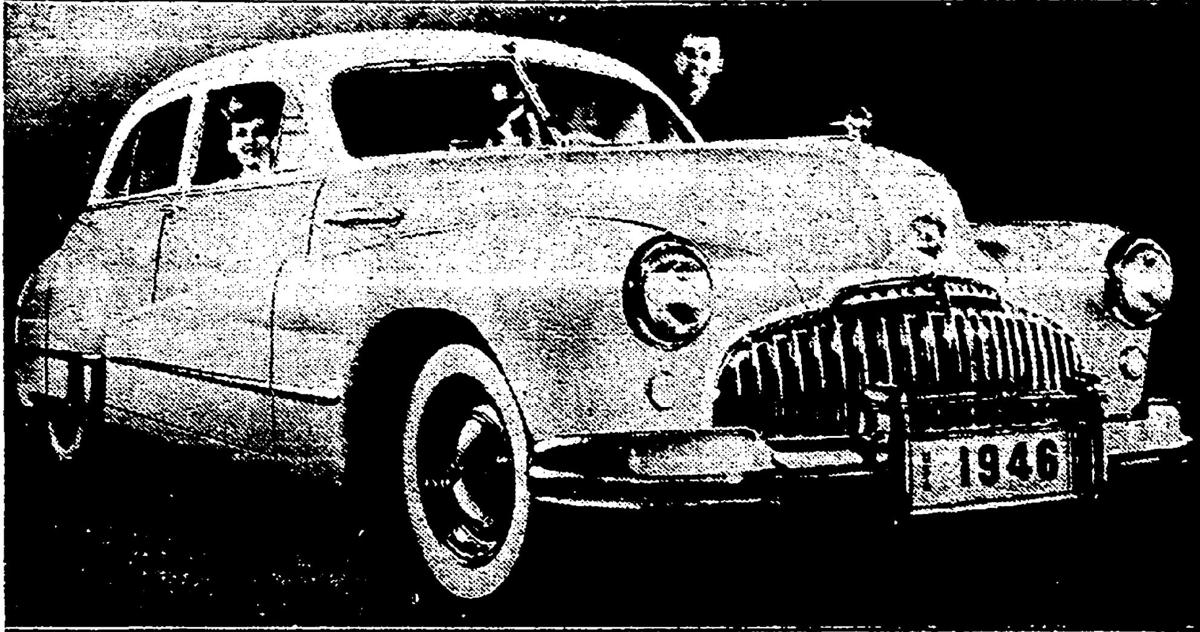 Pictured is Buick’s 1946 post-World War II car that was on display Thursday, Nov. 15, 1945 by the Barron Buick Company in Marietta.

The Tuesday, Nov. 9, 1920, edition of The Cobb County Times reported that a fire from an over-heated stove burned to the ground Brewster Hall — the first dormitory built at the Berry school — now known as Berry College in Rome. Thirty-five boys and four members of the faculty that occupied the building “each lost practically everything except the clothing on their backs.”

Burglars broke with rocks the two plate glass windows of the Busbee Hardware Company on Marietta Square the Sunday before and got away with “$100 worth of fighting material.” The loot included three pistols, one razor and a pocket knife.

The Friday, Nov. 12, 1920, edition of The Cobb County Times reported in the Due West section of the “News From Our Correspondents” column that W.T. Kelley had installed the Colt Lighting system in his home. The system furnished light, but also “heat for the stove and the smoothing iron.”

In the Tuesday, Nov. 13, 1945, Marietta Daily Journal it was reported that four people were arraigned the day before on charges of grave robbing. Joe Cheney and Frank Hall, both of Atlanta, were fined $100. Richard Berry and Dick Davenport, both of Smyrna, were fined $30. The men were charged with removing the contents of a grave in a Vinings cemetery without authority and using the vacant grave for another body.

♦Rosevelt Upshaw was convicted the day before of assault with intent to murder and sentenced to serve two to three years in the State penitentiary. Upshaw was charged with assaulting Lillie Mae Rogers with a knife and ax.

♦Buick’s new 1946 post-World War II car was placed on display that day by the Barron Buick Company in Marietta. The Series 50 Super four-door sedan was the first to come off the assembly lines. It was “mounted on a 124-inch wheelbase chassis and its improved design incorporated full airflow fenders, new theft-proof rear wheel shields, completely restyled radiator grille and bumper assembly.”

A major fundraising project was reported in the Monday, Nov. 16, 1970, paper as being undertaken by the Big Shanty Historical Society to prepare for the return of The General to Kennesaw in April 1971. Silver and bronze medallions stamped with a replica of the famed Civil War locomotive were to be sold throughout the county.

In another story that day, Gov. Lester Maddox proposed that the locomotive be temporarily enshrined in Atlanta at Underground Atlanta or Stone Mountain until Kennesaw could provide a proper home for the engine. “If they try to, there just might be another civil war around here,” Kennesaw Mayor Louie Watts responded. Watts added that if the Louisville & Nashville Railroad, which owned the The General, wanted it brought to Georgia before Kennesaw was ready, then he would see about arranging a temporary home in Cobb County.