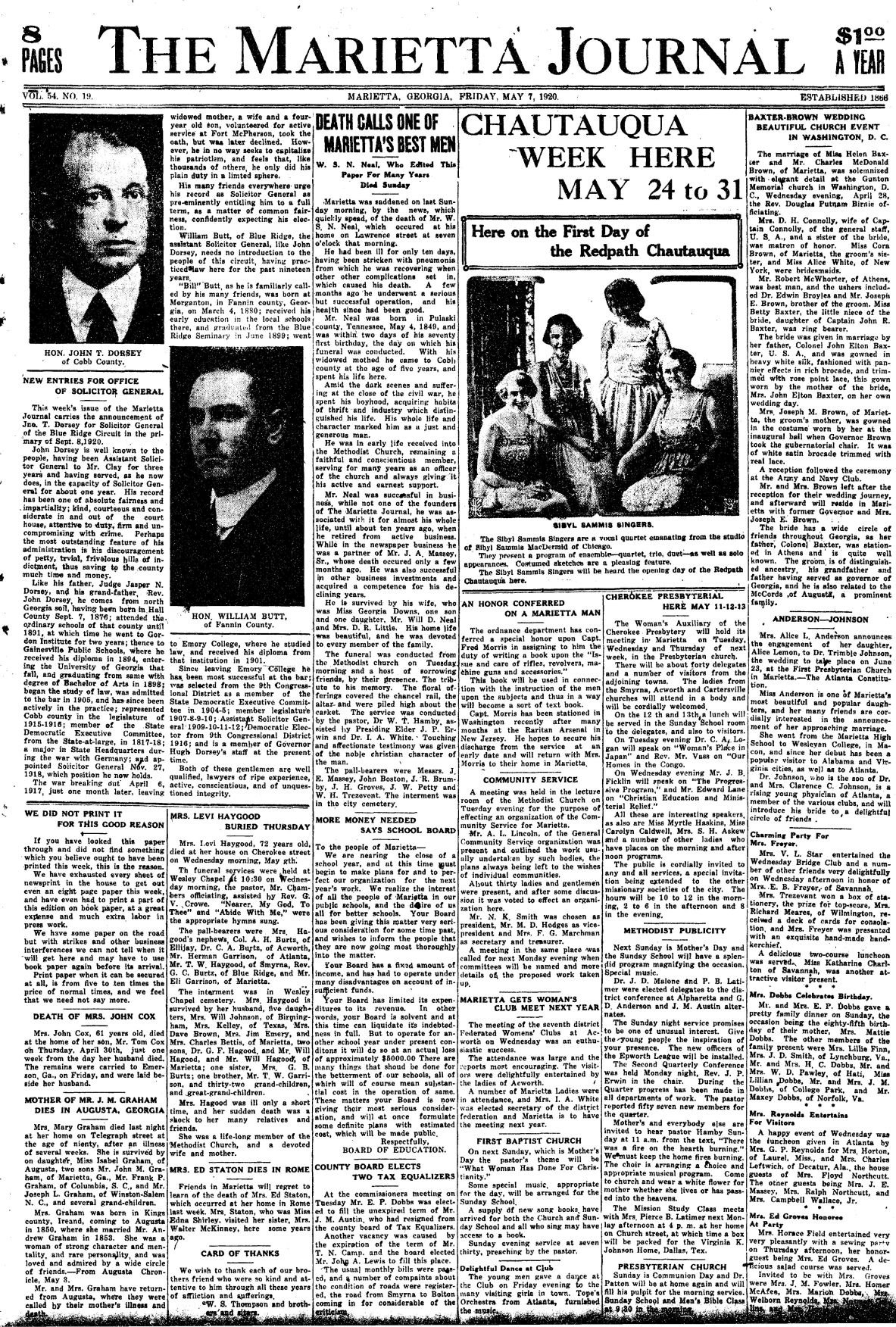 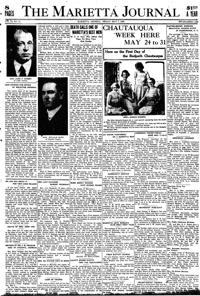 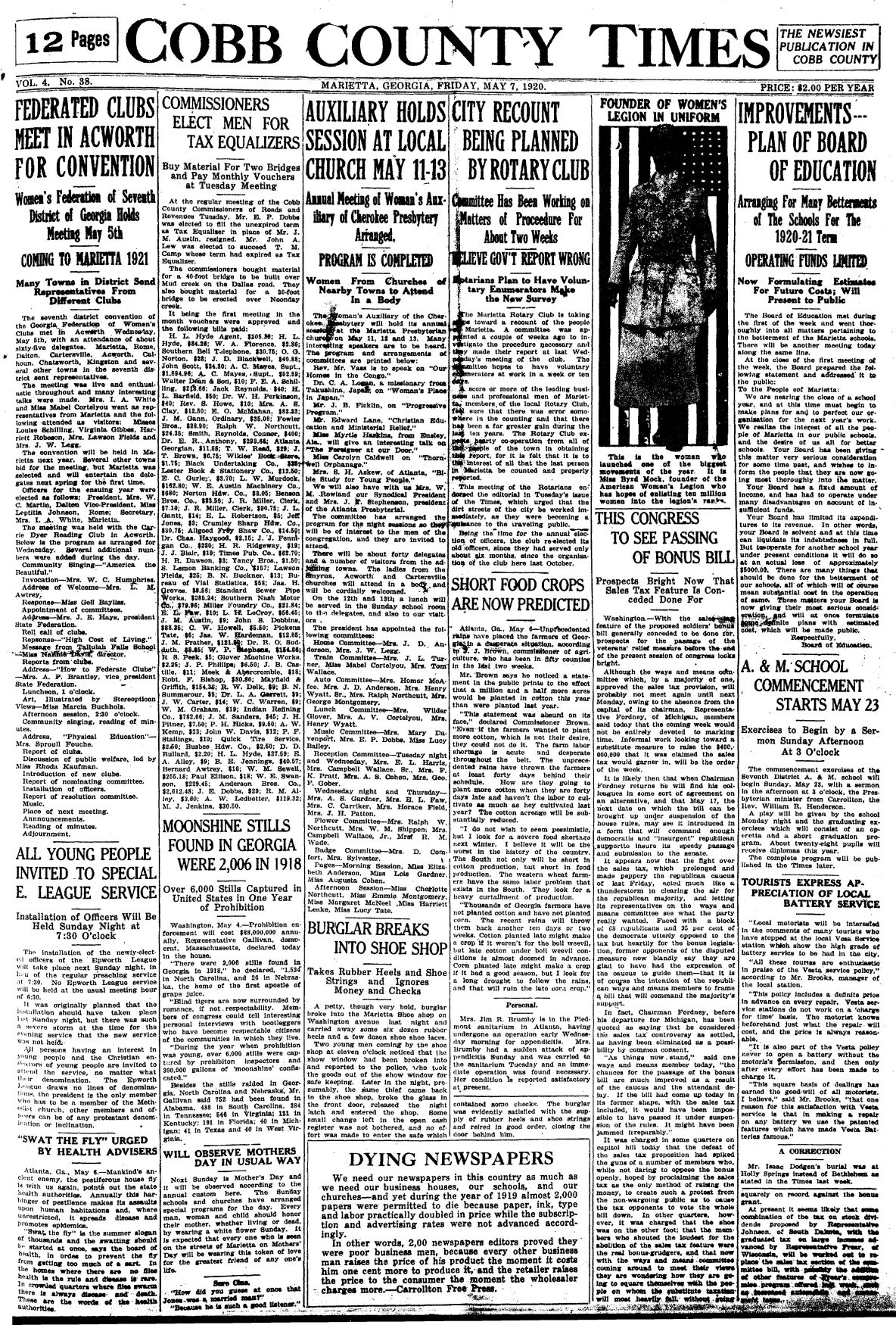 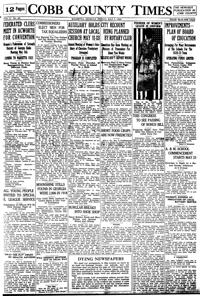 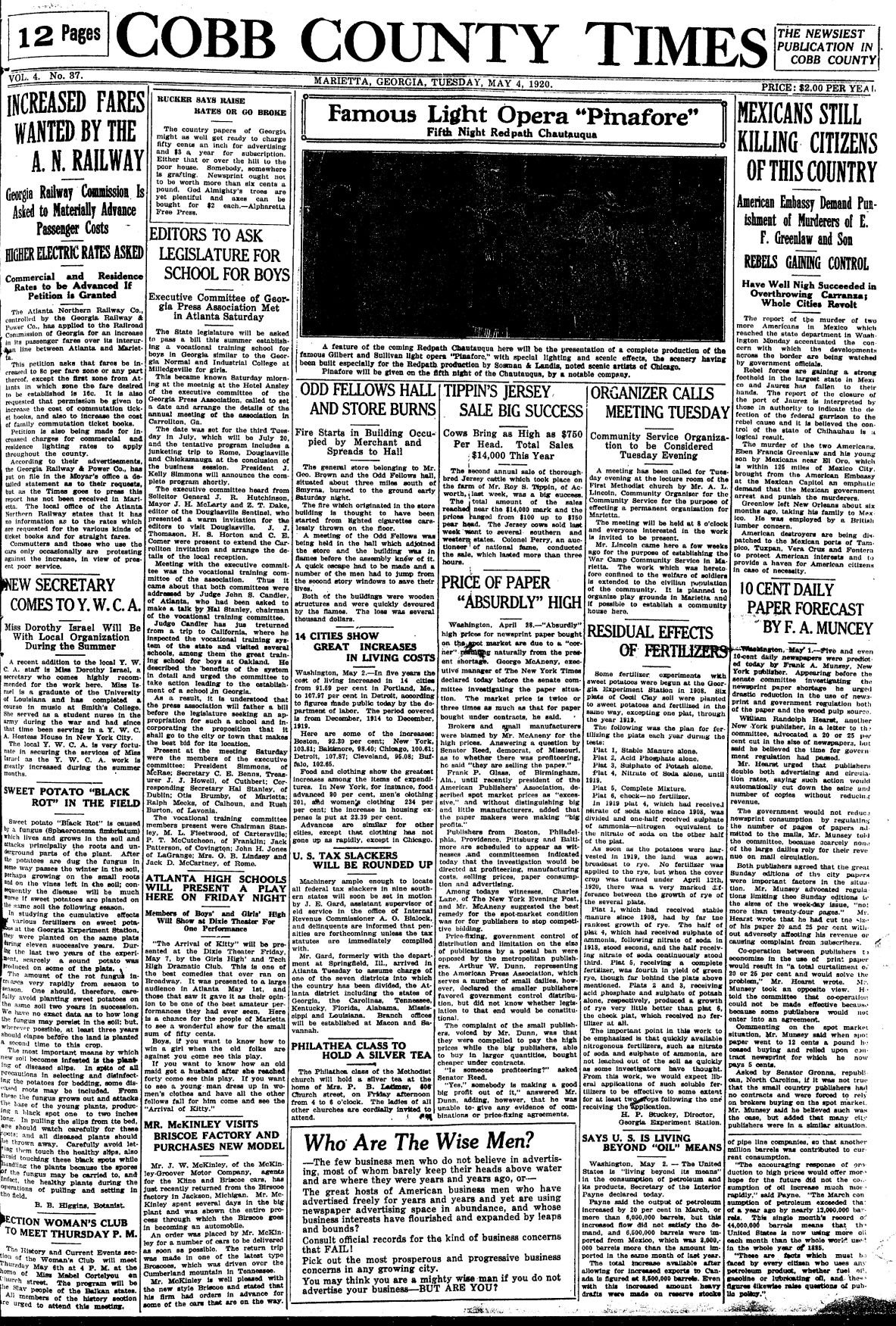 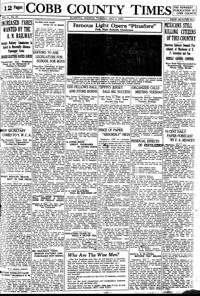 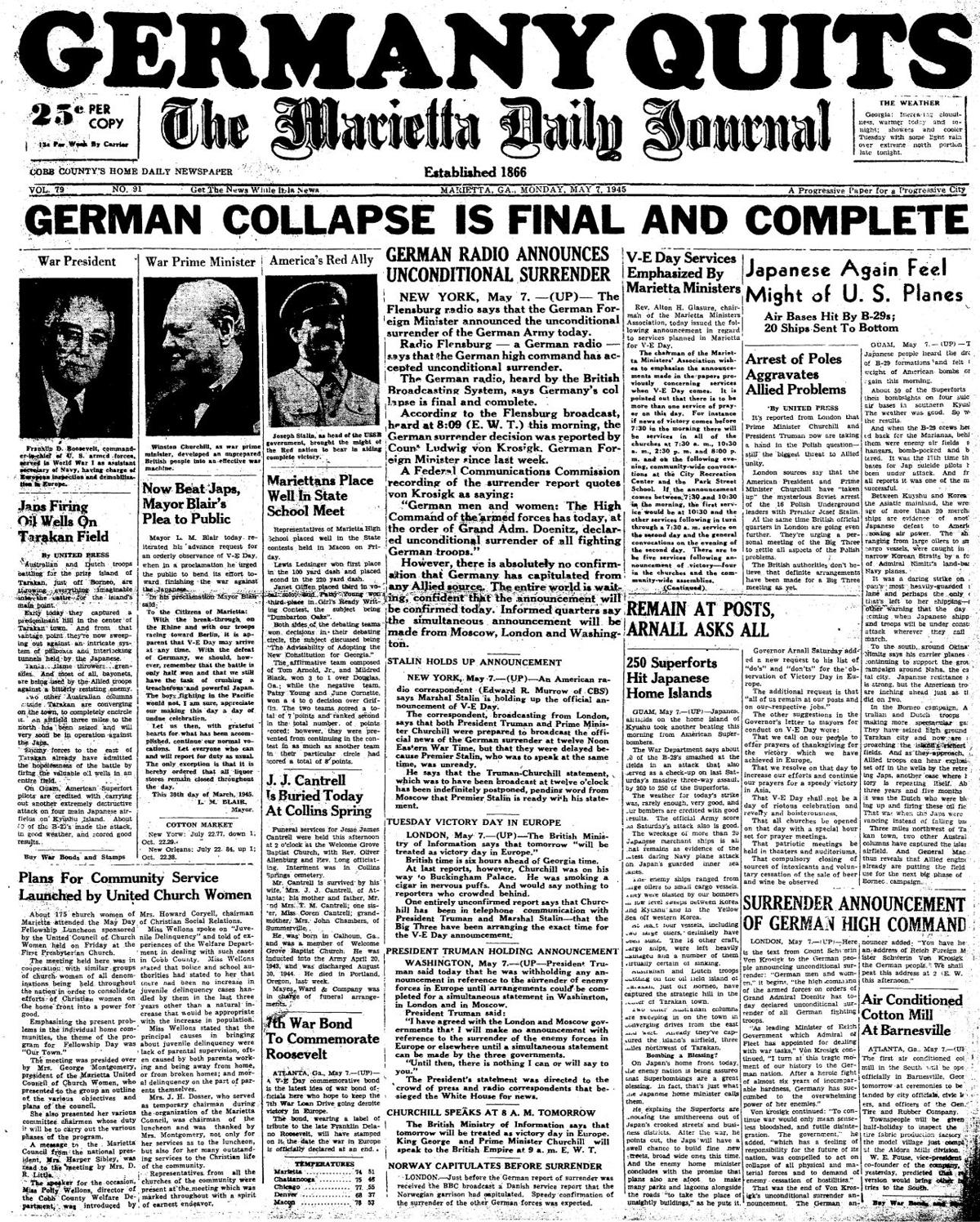 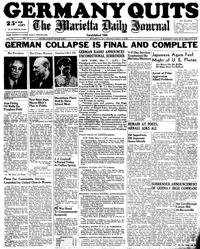 The Tuesday, May 4, 1920, edition of The Cobb County Times reported that the general store belonging to Geo Brown and the Odd Fellows Hall, three miles south of Smyrna, burned to the ground the Saturday night before. The fire was believed to have been caused by cigarettes thrown on the floor.

Fred Shelton, a young black man sentenced to death for murdering Albert Brown Hughes, was reported as having escaped from the Bartow County Jail the Tuesday morning before along with three other prisoners. It was believed that a crowbar was smuggled into the jail by a white prisoner, who tore out some of the bricks and liberated everyone.

The Friday, May 7, 1920, edition of The Cobb County Times carried a story from Washington that cited Rep. Gallivan, a Massachusetts Democrat, saying that Prohibition enforcement would cost $88 million annually. Gallivan also said since 1918 that 3,006 stills had been found in Georgia, 1,534 in North Carolina, 752 in Alabama, 488 in South Carolina, 384 in Tennessee, 546 in Virginia, 121 in Kentucky, 191 in Florida, 41 in Texas, 40 in Michigan and West Virginia, and 26 in Nebraska.

A burglar was reported as having broken into the Marietta Shoe Shop on Washington Avenue the night before and stole six dozen rubber heels and a few dozen shoelaces. The change in the open cash register and the safe were undisturbed.

In the “News From Our Correspondents” column, the correspondent for the Powder Springs section reported that Mr. Ainsworth, a noted aviator from San Antonio, Texas, recently spent a day and a half taking up 30 people for 10-minute airplane rides at $10 each.

The Friday, May 7, 1920, edition of The Marietta Journal reported on the death of W.S.N. Neal, which occurred the Sunday before at his Lawrence Street home in Marietta. Neal, who died after 10 days of being stricken with pneumonia, was known for having entered into a co-partnership with his lifelong friend J.A. Massey Sr. and publishing the Journal for 32 years after buying out the firm of R.M. Goodman & Co. Neal & Massey published the paper until 1910 when it was sold to the Marietta Publishing Co. Neal had also written Massey’s obituary four months prior to his own death.

The Thursday, May 3, 1945, paper listed the following WWII items:

♦ Army Air Force Sgt. Ernest F. Roberson of Acworth, who had gone missing over Dresden, Germany on Feb. 14, 1945, was reported as being rescued from the Germans and in a hospital in England.

♦ Pfc. Richard Dobbins, who was a prisoner of war in Germany from Dec. 20, 1944 up to his release by Gen. Patton’s army, was reported as arriving home for a furlough with his family.

Pvt. John David Hunt of Marietta was reported in the Friday, May 4, 1945, paper as having been killed in action on April 16, 1945, while serving with Hodges First Army in Germany.

In the Monday, May 7, 1945, paper it was reported that Radio Flensburg — a German radio — announced the German high command had accepted unconditional surrender of the German Army that day. The radio broadcast, heard by the British Broadcasting System, said Germany’s collapse was final and complete.

In the Monday, May 4, 1970, paper it was reported that a steady drizzle stopped a few baseball games, but it didn’t dampen the enthusiasm of youngsters, Cobb Recreation Department officials and approximately 150 others who took part in the grand opening of the Shaw Park Midget Baseball League field.