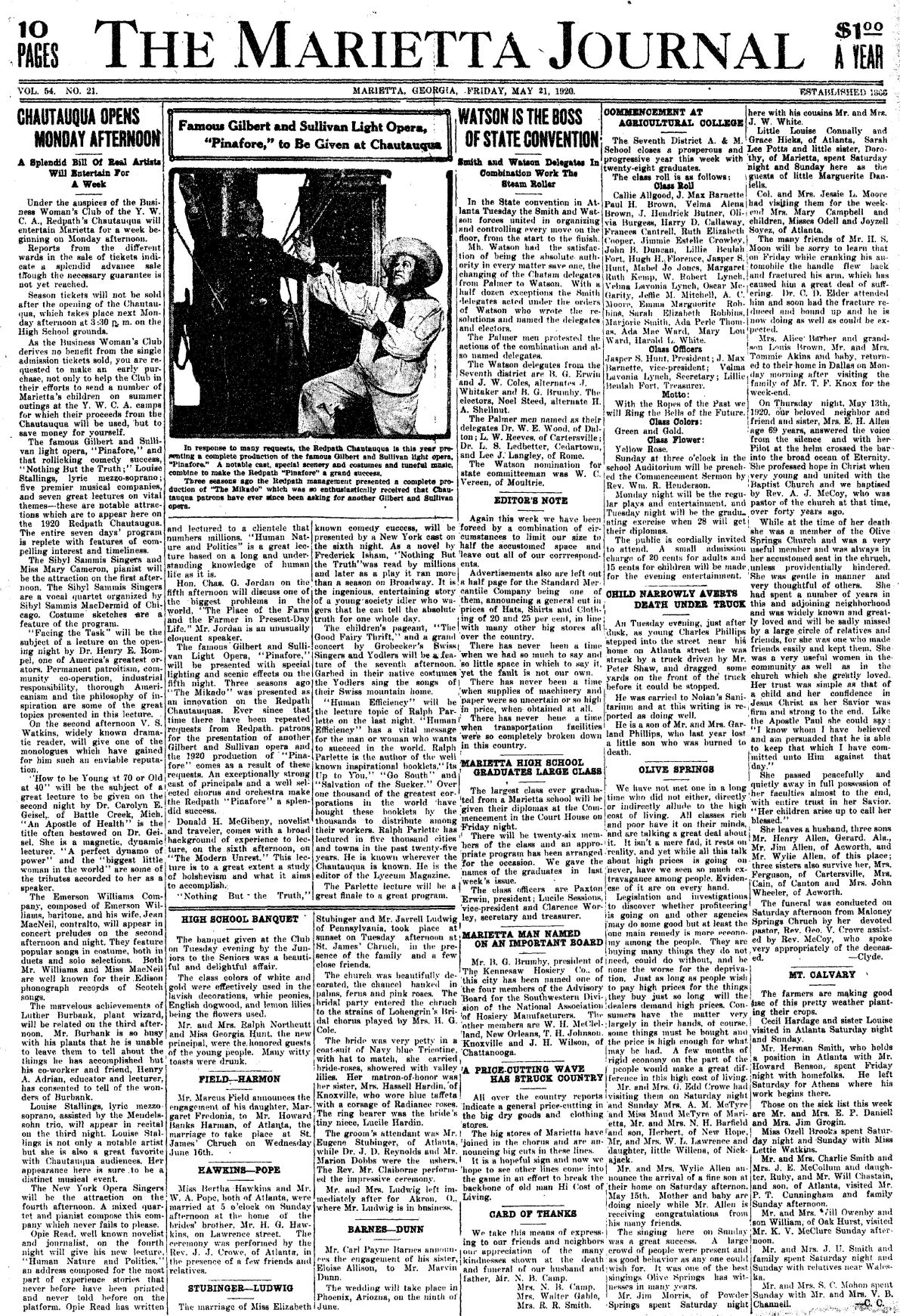 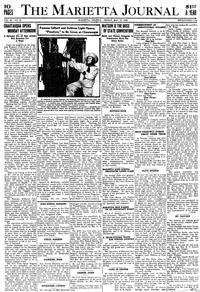 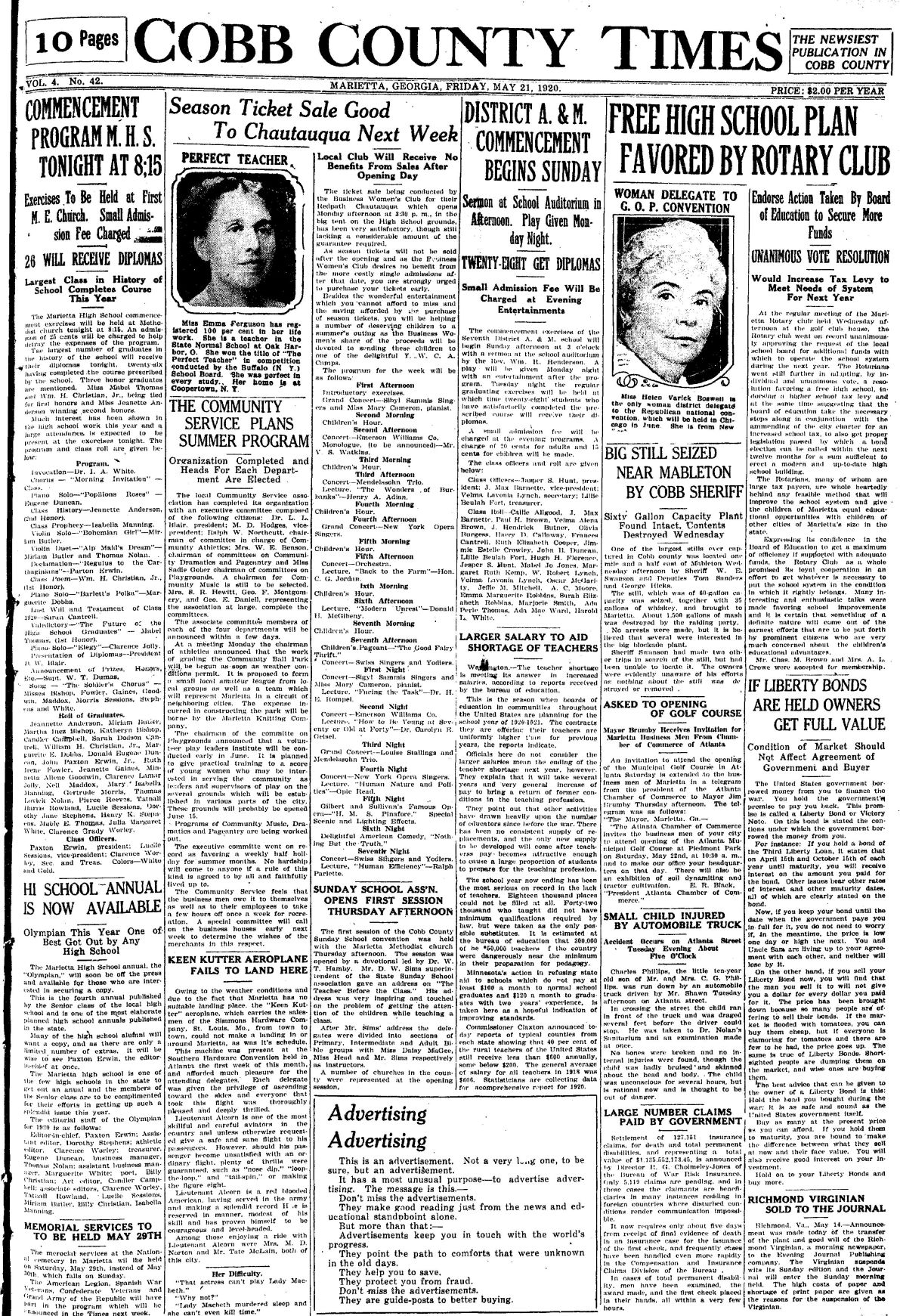 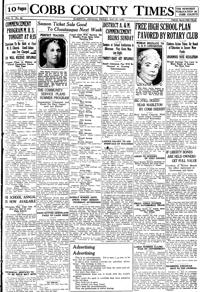 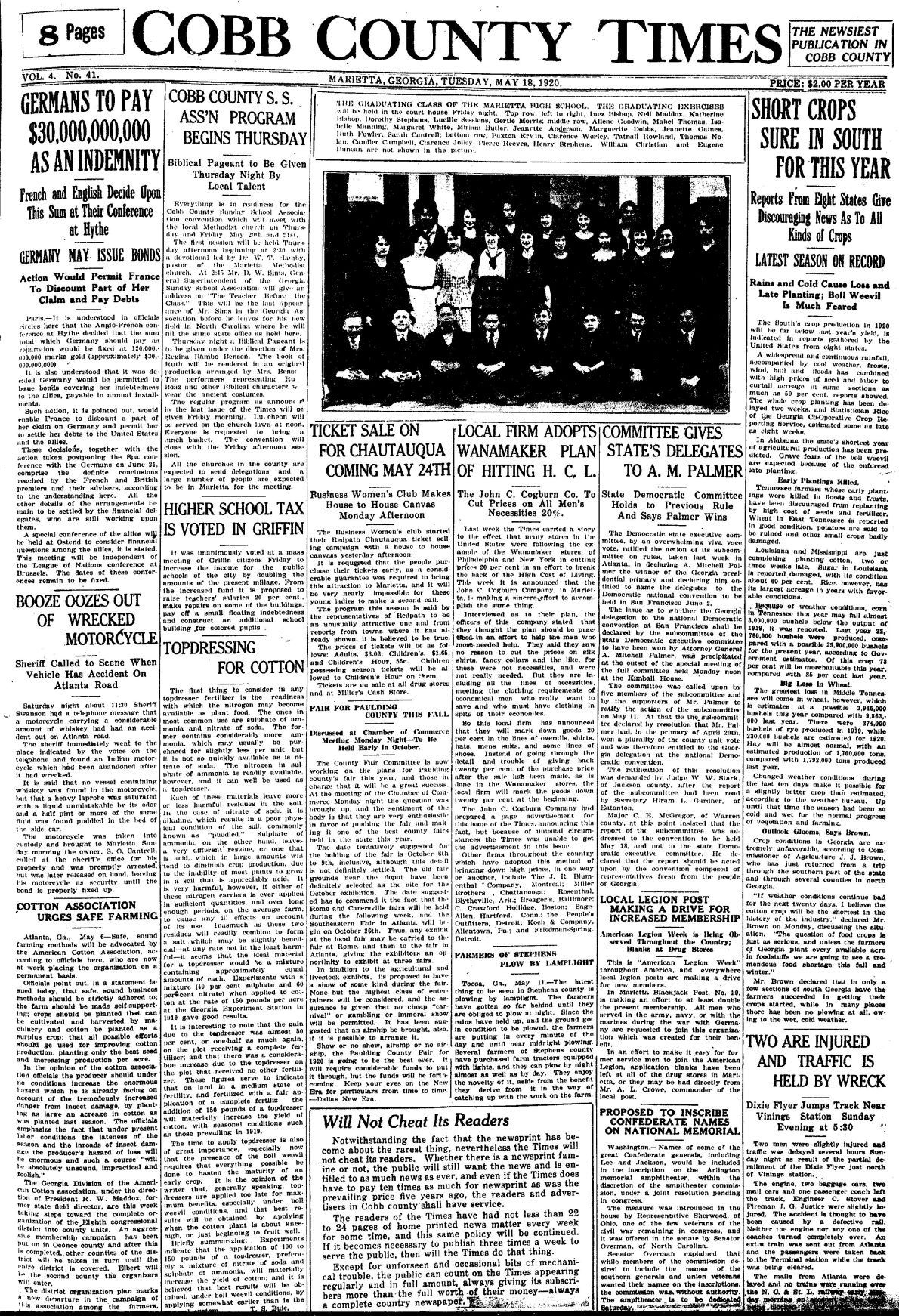 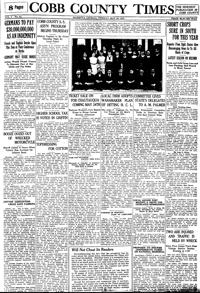 The Tuesday, May 18, 1920, edition of The Cobb County Times reported the John C. Cogburn Company in Marietta had joined the example of the Wanamaker stores of Philadelphia and New York in cutting prices by 20% to break the back of the high cost of living.

The Saturday before, at about 11:30 p.m., Sheriff W.E. Swanson was reported as being called to the scene of a motorcycle wreck on Atlanta Road. The abandoned Indian motorcycle was carrying “a considerable amount of whiskey.” There were no bottles found at the scene, but there was a strong odor of whiskey along with a pint that had puddled in the bed of the side car.

The Dixie Flyer was reported as having jumped its track near the Vinings Station the Sunday before at 5:30 p.m. The engine, two baggage cars, two mail cars and one passenger coach left the track because of “a defective rail.” Engineer C. Stover and Fireman J.G. Justice were slightly hurt.

The Friday, May 21, 1920, edition of The Cobb County Times reported that a 60 gallon capacity still was found a mile and a half east of Mableton by Sheriff Swanson and Deputies Tom Sanders and George Hicks. Also seized were 35 gallons of whiskey and 1,500 gallons of mash.

The Friday, May 21, 1920, edition of The Marietta Journal reported that Charles Phillips, 10, “narrowly averted death” after being struck by a truck driven by Peter Shaw and dragged several yards near his home on Atlanta Street. The boy, taken to Dr. Nolan’s Sanitarium, was unconscious for several hours but suffered only bruises and skinned places on his head and body. He was the son of Garland Phillips, who in 1919 had another son that was burned to death.

In the “Classified Column,” Alfred L. Castile placed an ad that warned the public that he was not responsible for any debts or accounts made by his wife, Willie Castile.

The Monday, May 21, 1945, Marietta Daily Journal had the following items:

♦ The Ford Motor Company was expected to reach a decision in the coming week on which two sites near Atlanta would be used for construction of a new parts depot. The choices were between Hapeville or Constitution, Georgia.

♦ Pfc. Grady W. Pettyjohn, son of T.W. Pettyjohn in Marietta, was reported as having captured two Japanese soldiers during action as a switchboard operator with the 149th Infantry of the 38th Division in the Zambales Mountain ranges of Central Luzon.

♦ Carlton Mack Sims was reported as having been shot and killed on his farm near Lost Mountain by Luke Armstrong.

♦ Mrs. N.L. Brewer of Marietta was reported as having received news that her nephew, Pfc. Harry L. Jordan of Atlanta, was liberated from a German prisoner of war camp on April 28, 1945. Jordan had been reported missing on Oct. 26, 1945.

♦ A three-vehicle crash on I-285 ended with a Gulf Oil gasoline truck becoming a mass of crumpled metal at the bottom of a 50-foot embankment the Friday before. The drivers of all the vehicles involved walked away with minor injuries as firemen from the Fullers and DeKalb County stations stood by in case the tanker burst into flames or exploded.