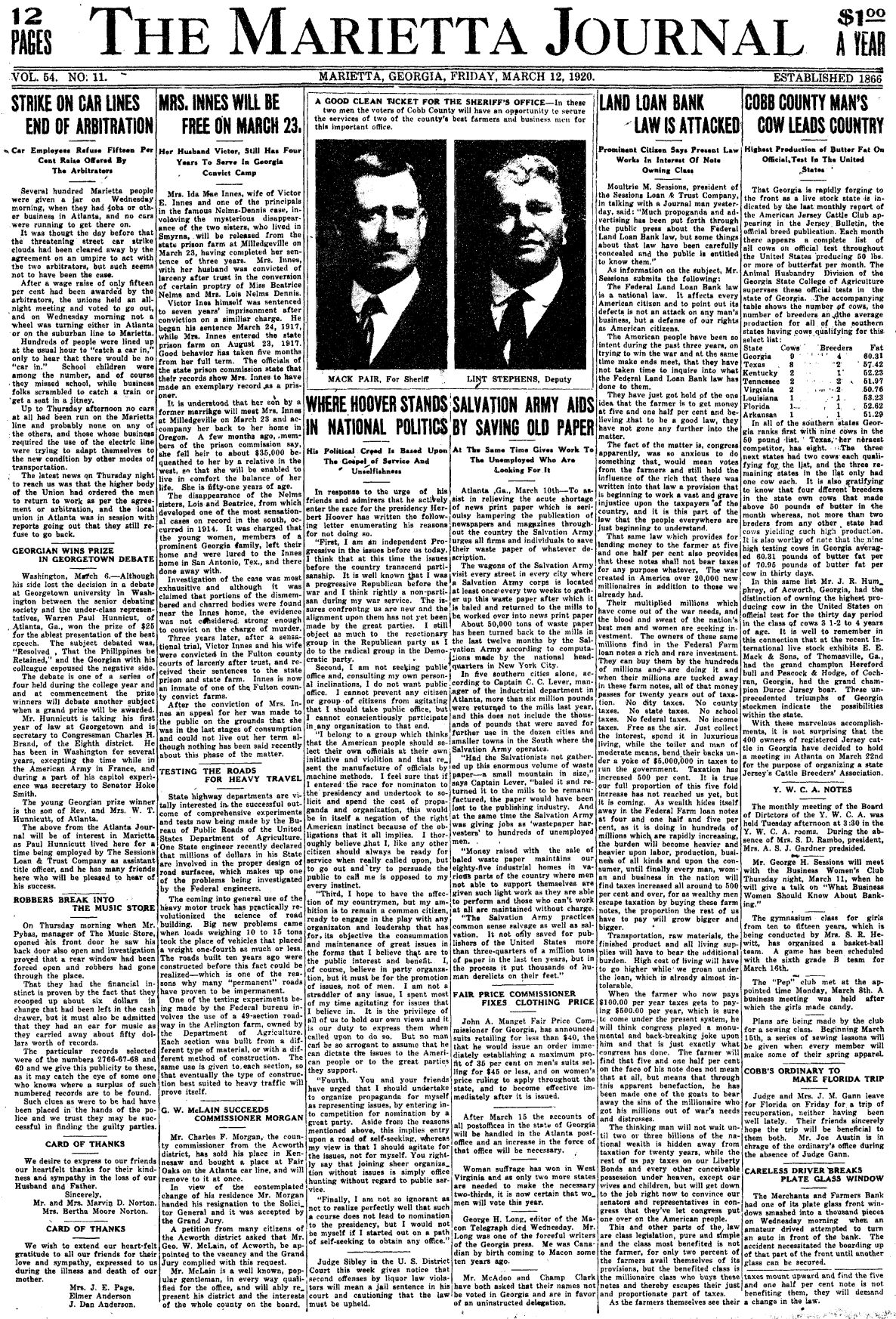 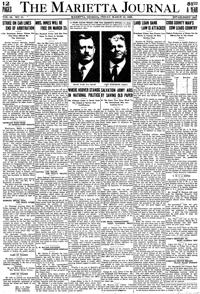 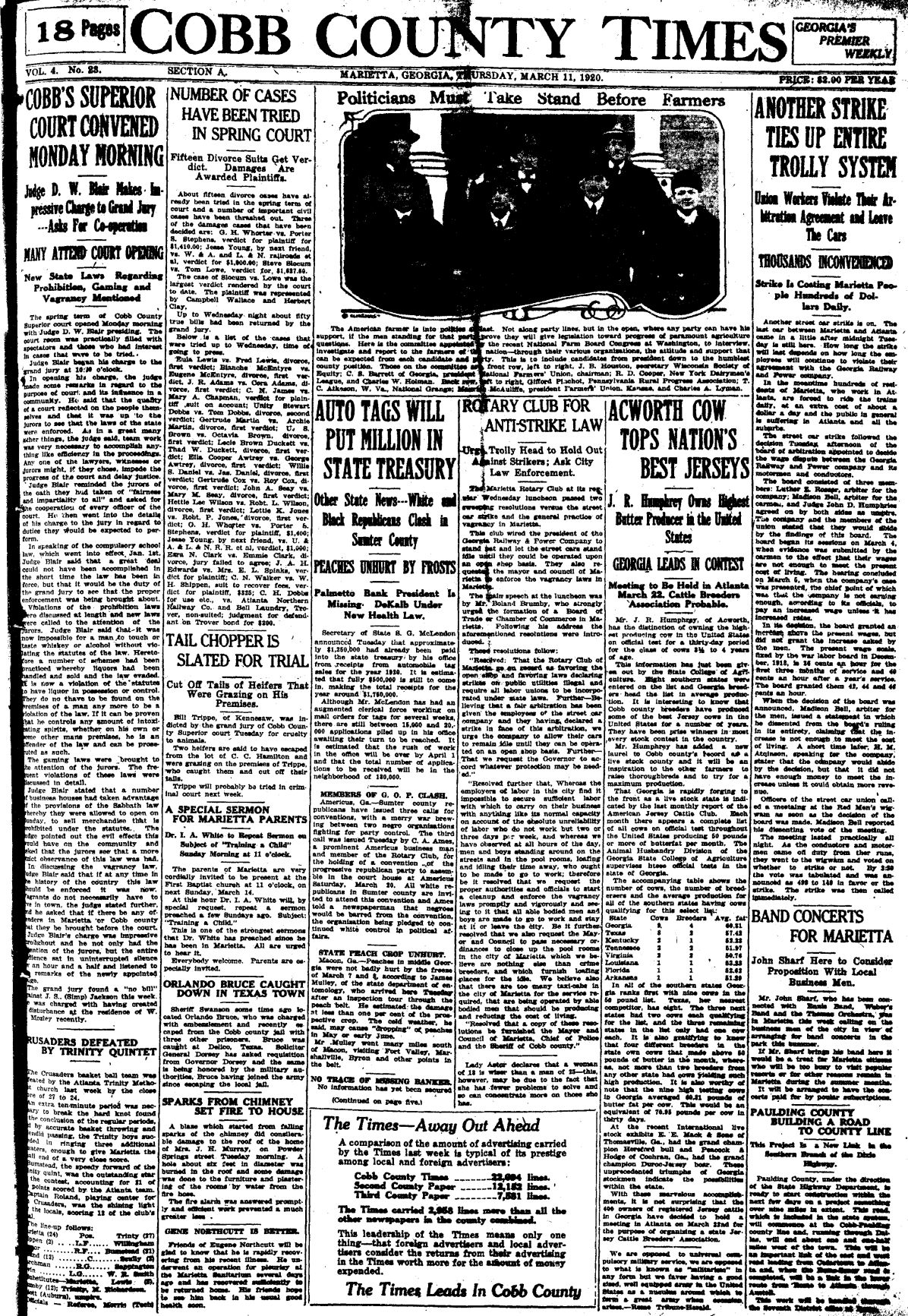 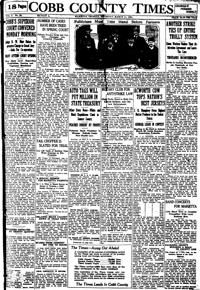 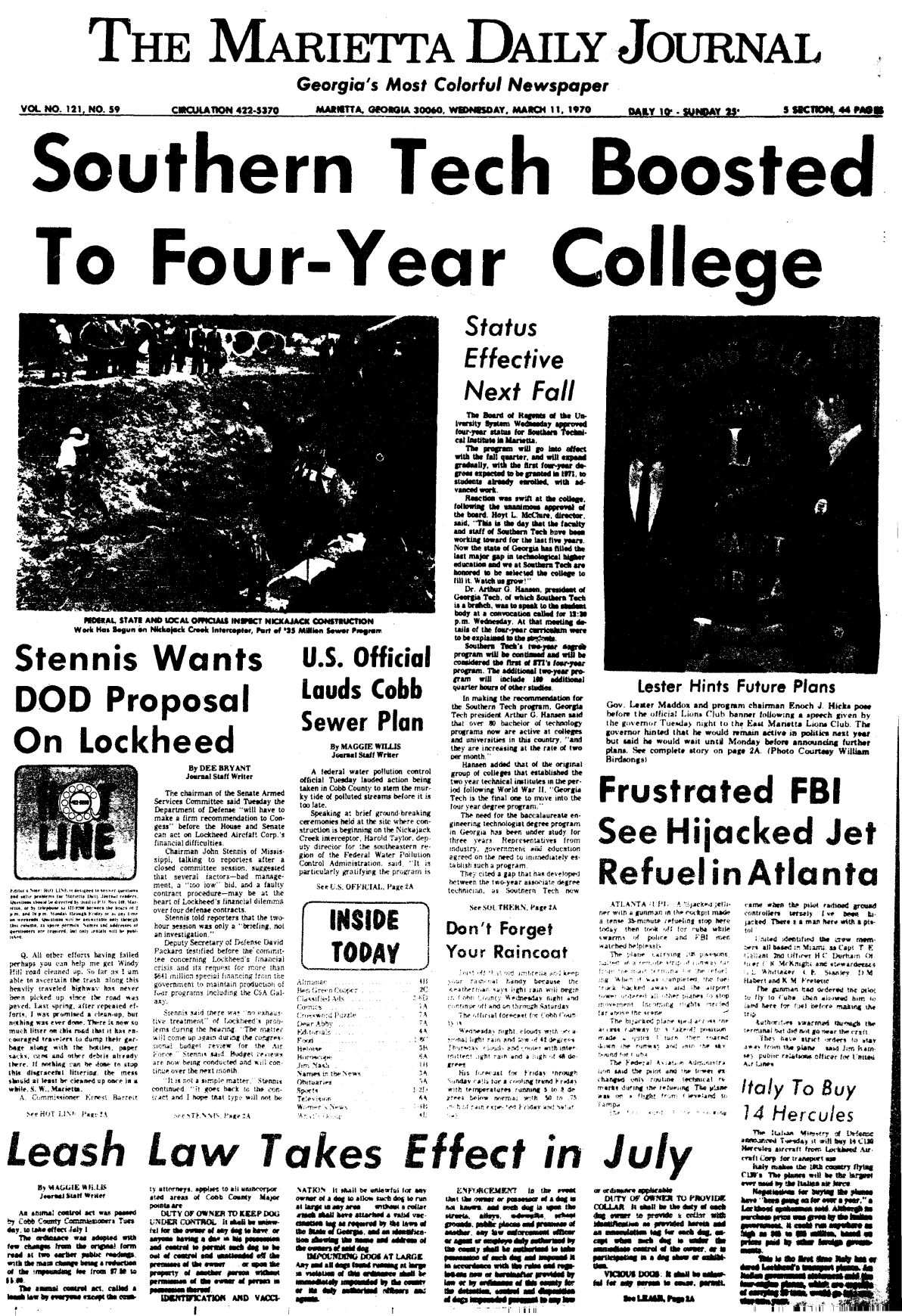 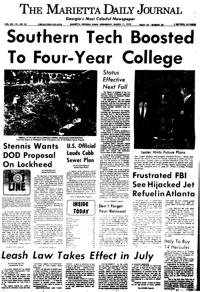 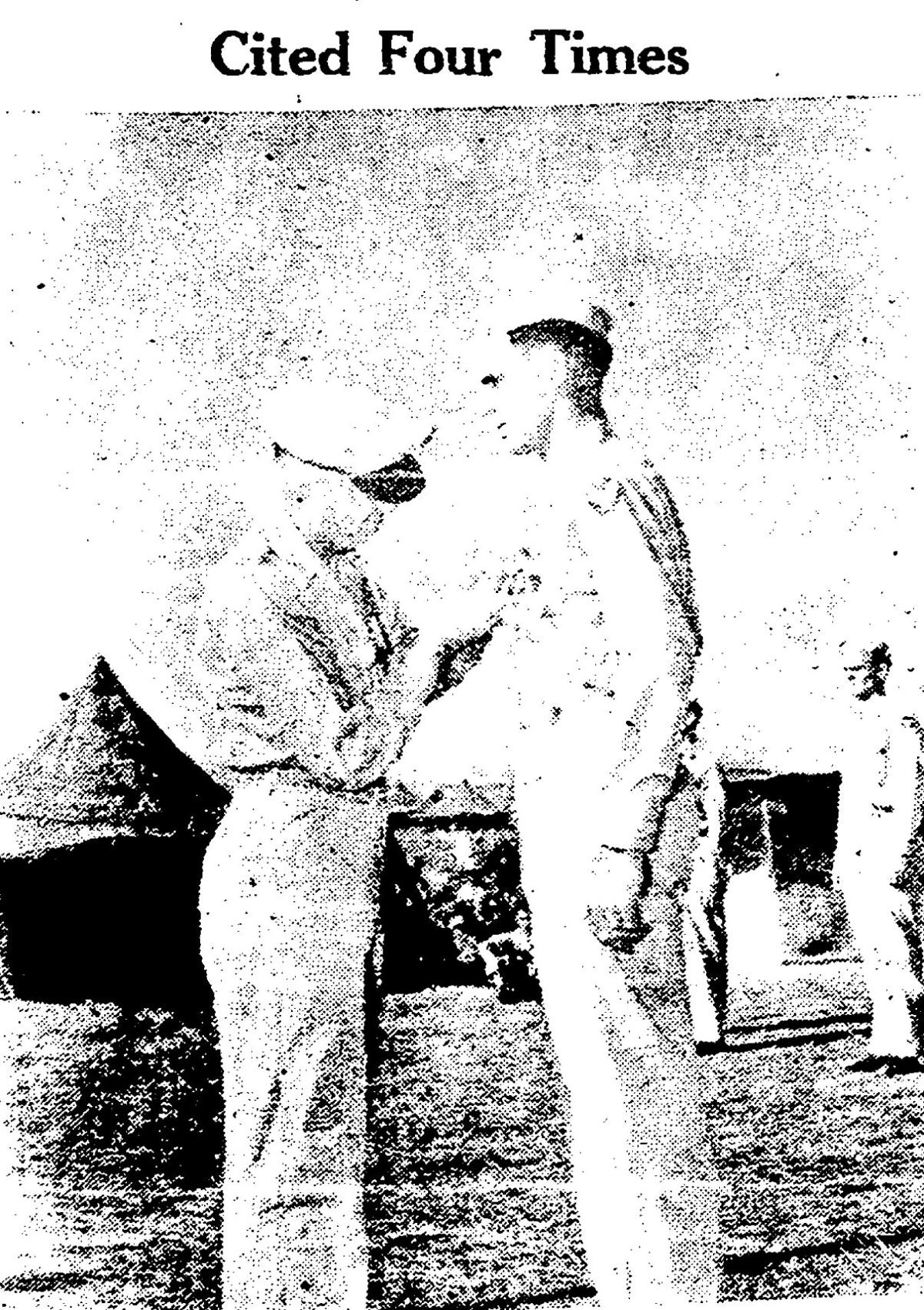 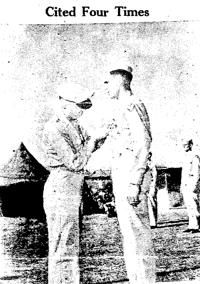 From the Wednesday, March 7, 1945, edition of The Marietta Daily Journal. Pictured is Lt. James H. Hulsey of Marietta as he is being decorated by Maj. Gen. Ennis C. Whitehead of the Fifth Air force at a forward base in the Philippines. Lt. Hulsey received the Distinguished Flying Cross, Air Medal, along with one Oak Leaf Cluster, and the Purple Heart along iwth the citation for “extraordinary achievement in devotion of duty.”

The Thursday, March 11, 1920, edition of The Cobb County Times reported that Bill Trippe of Kennesaw was indicted by the Cobb County Superior Court’s grand jury for cruelty to animals the Tuesday before.

Two young female cows escaped from C.C. Hamilton’s lot and were grazing on Trippe’s property. Trippe was said to have caught them and cut off their tails. He was expected to be tried in criminal court the following week.

Sheriff W.E. Swanson was reported as having located Orlando Bruce, who had been arrested in Dallas, Texas. Bruce was charged with embezzlement and recently escaping the Cobb County Jail with three other prisoners.

A fire, which started from sparks falling out of a chimney, was reported as causing considerable damage to Mrs. J.H. Murray’s home on Powder Springs Street the Tuesday morning before. A hole about six feet in diameter was burned in the roof and damage was done to furniture and the plaster of the rooms underneath by the fire hoses.

J.R. Humphrey of Acworth was reported as owning the highest butter producing cow in the nation.

The Friday, March 12, 1920, edition of The Marietta Journal reported that the morning before, Mr. Pybas — the owner of The Music Store — discovered his back door was open. An investigation found a rear window had been forced open and robbers had rifled the store. Six dollars and change were taken from the cash register along with about $50 worth of music records.

The Merchants and Farmers Bank was reported as having one of its plate glass front windows smashed the Wednesday morning before, after an “amateur driver attempted to turn an auto in front of the bank.”

♦ “We had a near fire in our block this week — stove pipe in the building next to us fell down and smoked up quite a bit before it could be muzzled.”

♦ “With only three more states needed to ratify the Suffrage amendment it would seem more than probable that your wife will be able to double your vote this fall, and by the same rule she can kill it if she sees fit.”

In the “News From Our Correspondents” column, Allen, the Lost Mountain correspondent, wrote:

♦Pfc. Richard Dobbins, a well-known young Mariettan, was taken as a prisoner of war in Germany, according to a telegram from the War Department.

♦The Dunaway Drug Company’s store at Fairground and Clay streets was burglarized. The store lost $11.20 in cash and an undetermined quantity of merchandise.

♦Marietta Police stopped a car overnight at the corner of Atlanta Street and Marietta Square, seizing 24 gallons of corn liquor.

The following items were reported in the Wednesday, March 7, 1945, paper:

♦A memorial service was planned for Sunday, March 11, 1945, at Olive Springs Baptist Church for Hugh Marshall Stone, 19, who was killed in the Pacific on Jan. 21, 1945, while serving with the Navy.

♦The store of J.H. Carmichael on the Marietta-Atlanta highway near the Fitzhugh Lee School was burglarized overnight and 40 cartons of cigarettes were stolen.

♦An escaped convict from a Cherokee County chain gang stole T.O. Helton’s car the Monday before and was caught after wrecking it in Ball Ground.

Deputy Sheriffs J.M. Bryan and Roy McLarty were reported as capturing a truck containing 150 gallons of corn liquor on the Marietta-Atlanta highway just after midnight the Saturday before.

In the Wednesday, March 11, 1970, paper it was reported that the Board of Regents of the University System of Georgia had approved four-year status for the Southern Technical Institute in Marietta. STI would later become Southern Polytechnic State University, the school with which Kennesaw State University merged in 2015.