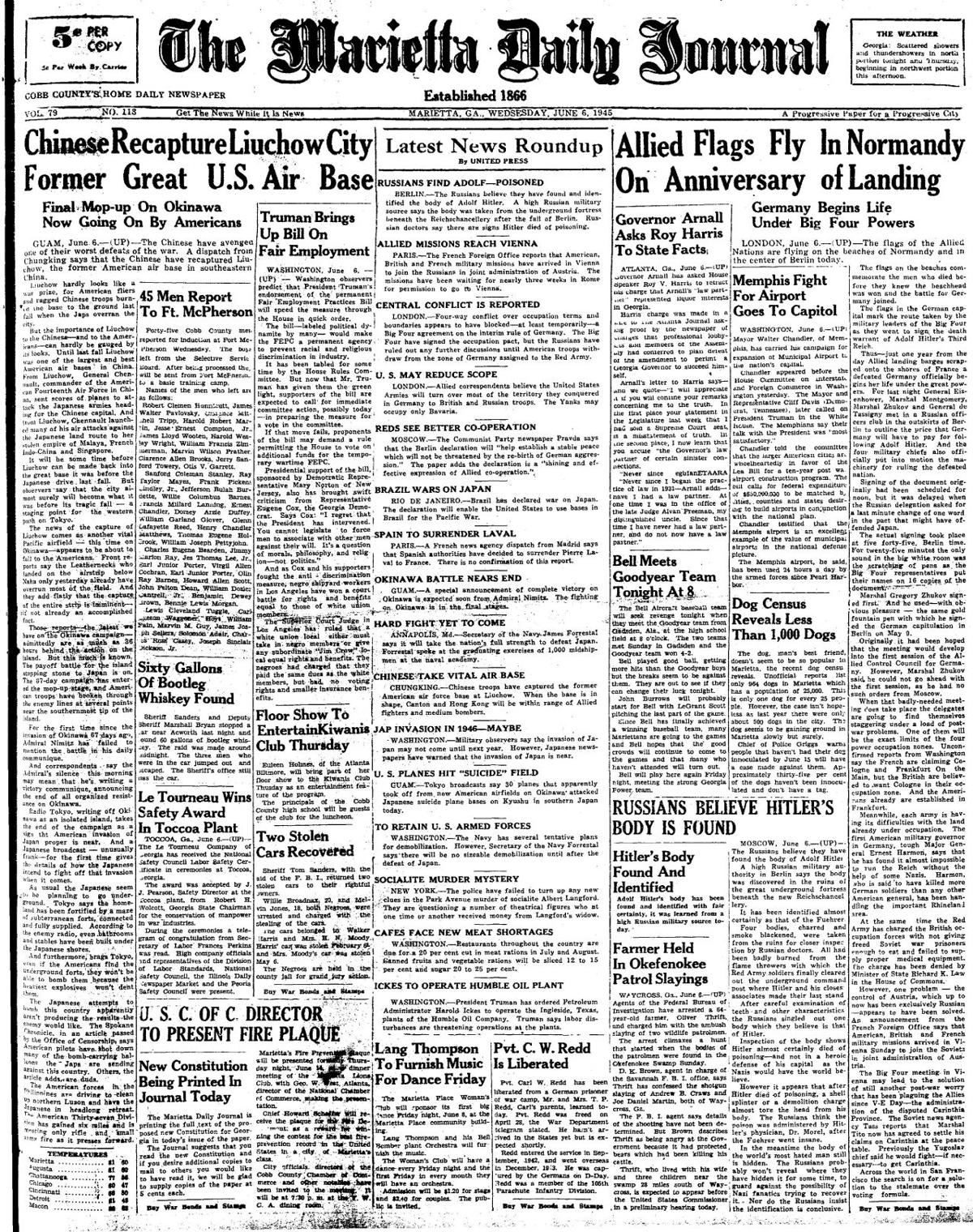 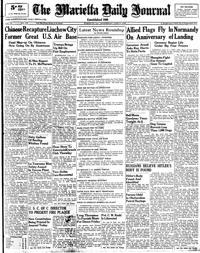 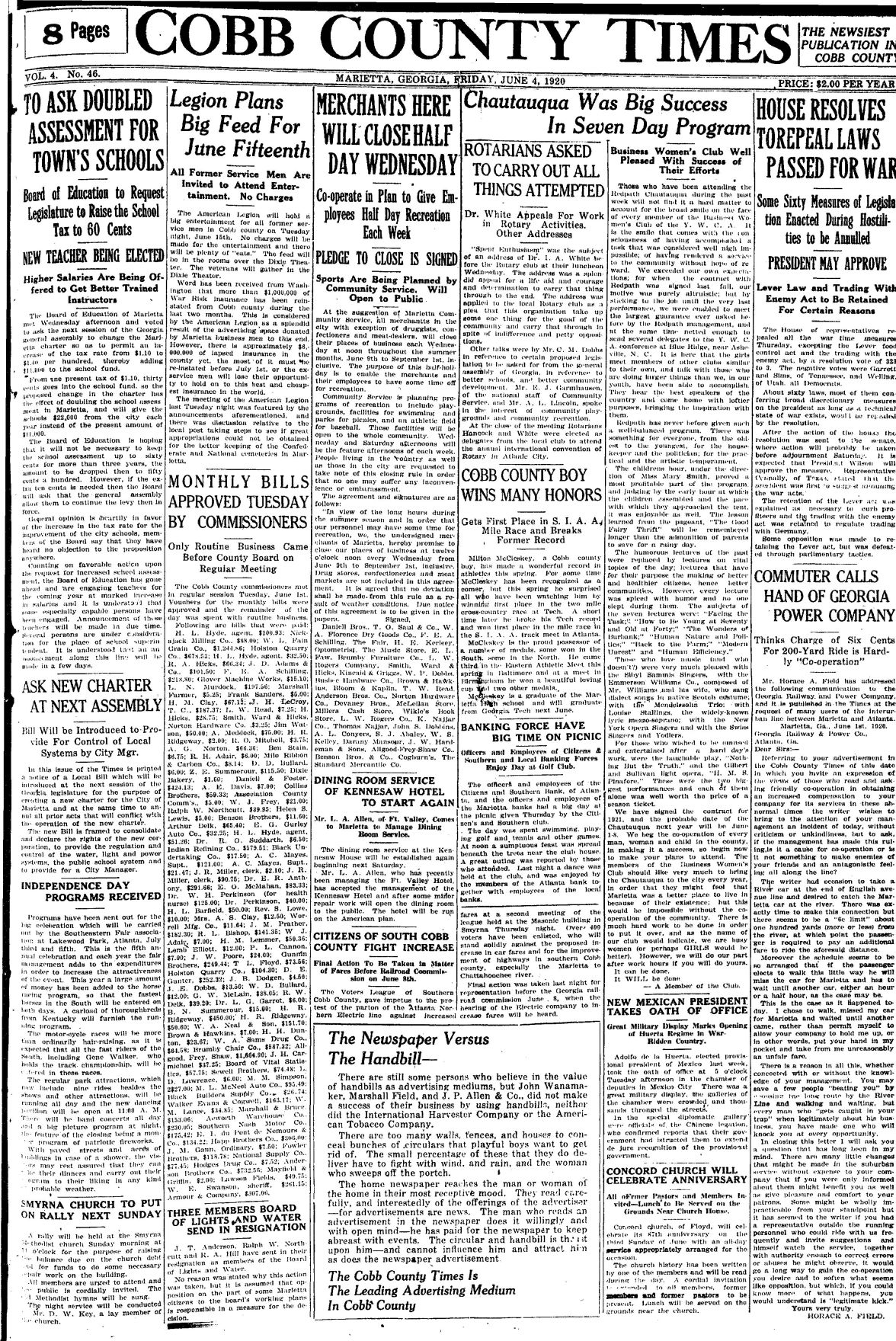 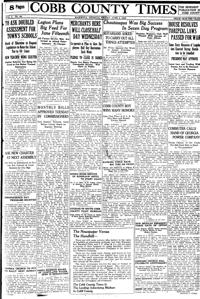 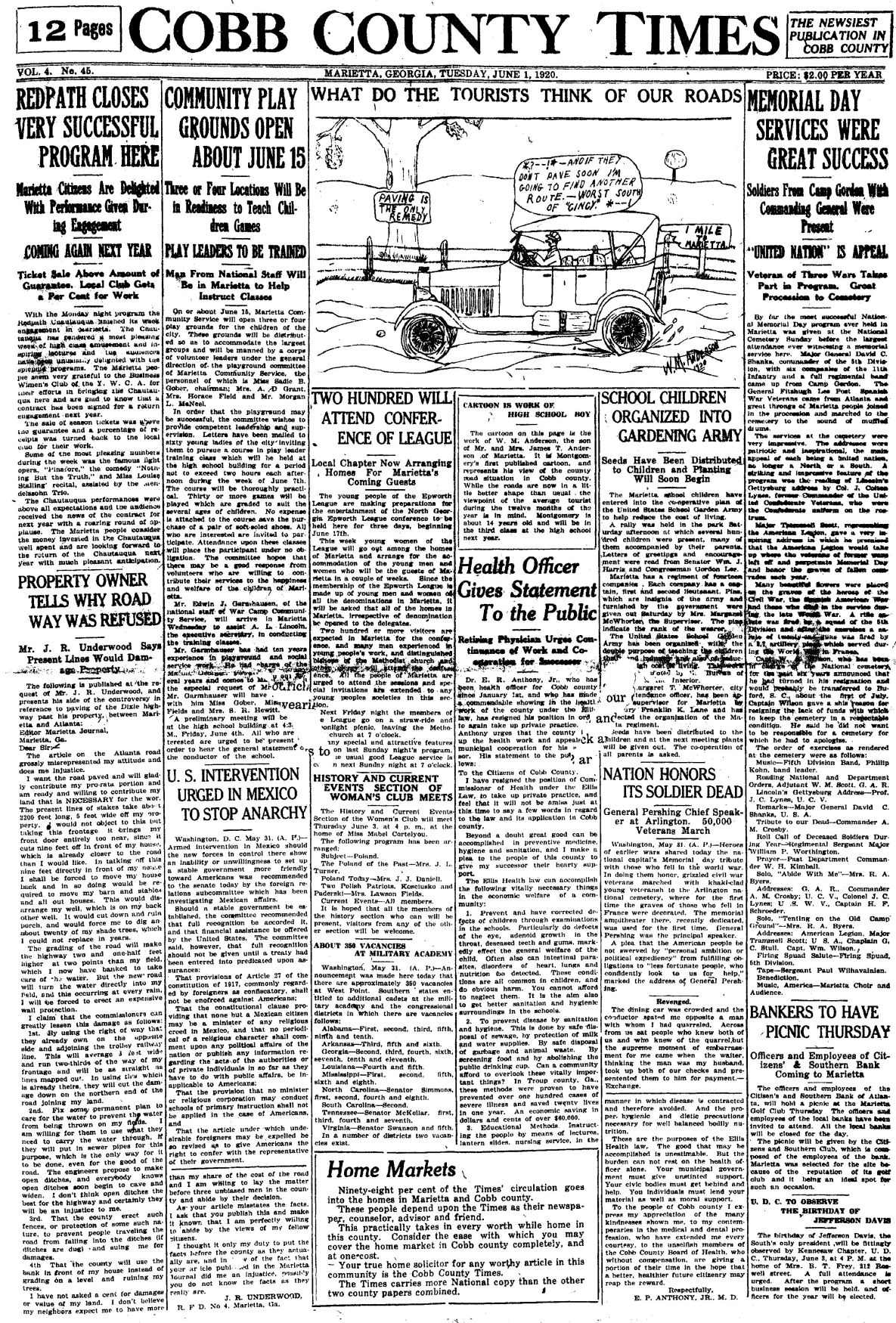 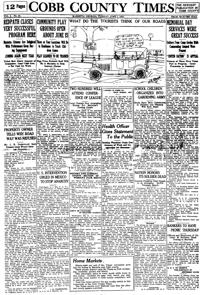 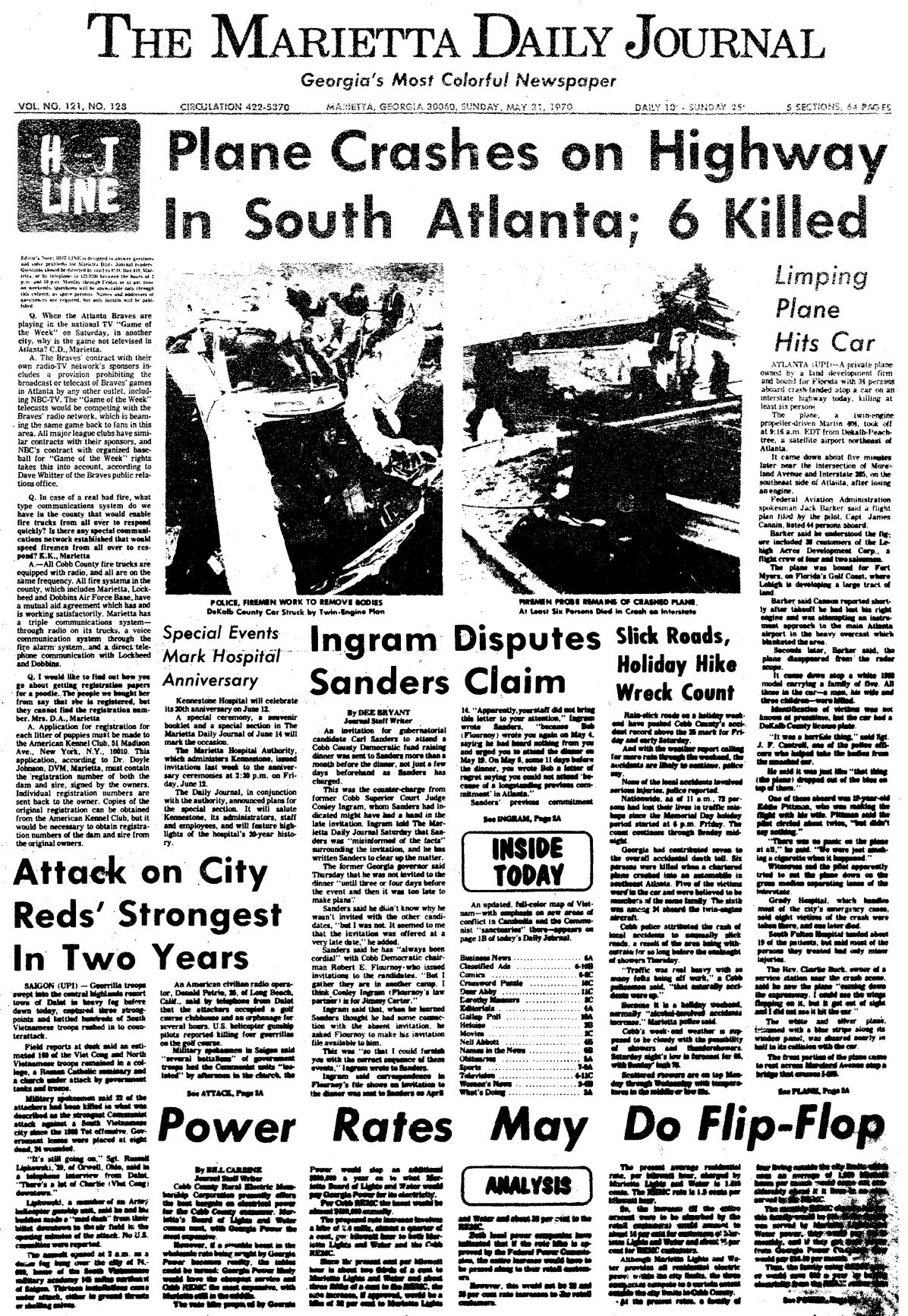 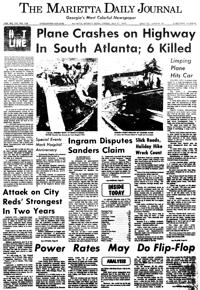 The Tuesday, June 1, 1920, edition of The Cobb County Times reported that Marietta school children had entered into the cooperative plan by the U.S. School Garden Army to help reduce the cost of living. A rally was held in Glover Park the Saturday before where several hundred children and their parents were present and featured Sen. Wm. J. Harris and Congressman Gordon Lee as speakers.

In the “News From Our Correspondents” column, the Roswell correspondent wrote how J.F. Misschutt of Cleveland, Ohio, was accidentally killed at the home of section resident Mrs. John Reed the Tuesday before while working on the trees in the yard. Misschutt was said to have been knocked out of a tree, feel 40 feet and broke his neck.

The Friday, June 4, 1920, edition of The Cobb County Times reported that at the suggestion of the Marietta Community Service, all merchants in the city with exception of druggists, confectioners and meat-dealers, would close their businesses each Wednesday at noon from June 9, 1920 to Sept. 1, 1920. The weekly half-day was to allow merchants and their employees time off for summer recreation.

In the Monday, June 4, 1945, Marietta Daily Journal it was reported that Pfc. Thomas M. Bryan of Acworth and Pvt. Hubert S. Dobbins of Marietta, both of "E" Company of the 376th Infantry Regiment, were among the American soldiers serving as a guard company of "one of the Polizei Praesidiums," which had served as a Gestapo headquarters. The "E" Company was in charge guarding 1,200 ex-Gestapo agents, SS troopers and Nazi political leaders awaiting final decisions on their indictments as war criminals.

Workers at the Bell Bomber Plant were reported in the Tuesday, June 5, 1945, paper as being officially told in a message from Brig. Gen. Orval R. Cook, Chief of the Air Technical Command's procurement division at Wright Field, that a 1,000 plane B-29 raid was in store for the Japanese homeland. On the anniversary of the first B-29 combat mission, Gen. Cook reported that Superfortresses were rolling off the assembly line at a rate that would double America's strength in the Pacific before the year was out. Cook also said that the weight of bombs dropped on Japan's home islands could reach 10,000 tons in a single raid, which was greater than the tonnage dropped on Berlin in the closing chapters of WWII in Europe.

♦ The Russians were believed to have found the body of Adolf Hilter in the ruins of an underground fortress. Four bodies, charred and smoke blackened, were taken for closer inspection by Russian doctors. All had been badly burned from the flame throwers that the Red Army soldiers used to clear out the command post.

♦ Pvt. Carl W. Redd of Cobb County was liberated from a German POW camp on April 28, 1945. A member of the 105th Parachute Infantry Division, he was captured by the Germans during D-Day.

♦ Sheriff Tom Sanders and Deputy Sheriff Marshall Bryan were reported as finding 60 gallons of bootleg whiskey in a car that they stopped near Acworth around midnight. The three men in the car jumped out and escaped leaving the car and whiskey behind.

In the Sunday, May 31, 1970, paper it was reported that a twin-engine propeller-driven private plane, owned by Lehigh Acres Development Corp. and heading for Fort Myers, Florida with 34 people aboard, crash-landed atop a car at the intersection of Moreland Avenue and Interstate 285 that day. Six people were killed.