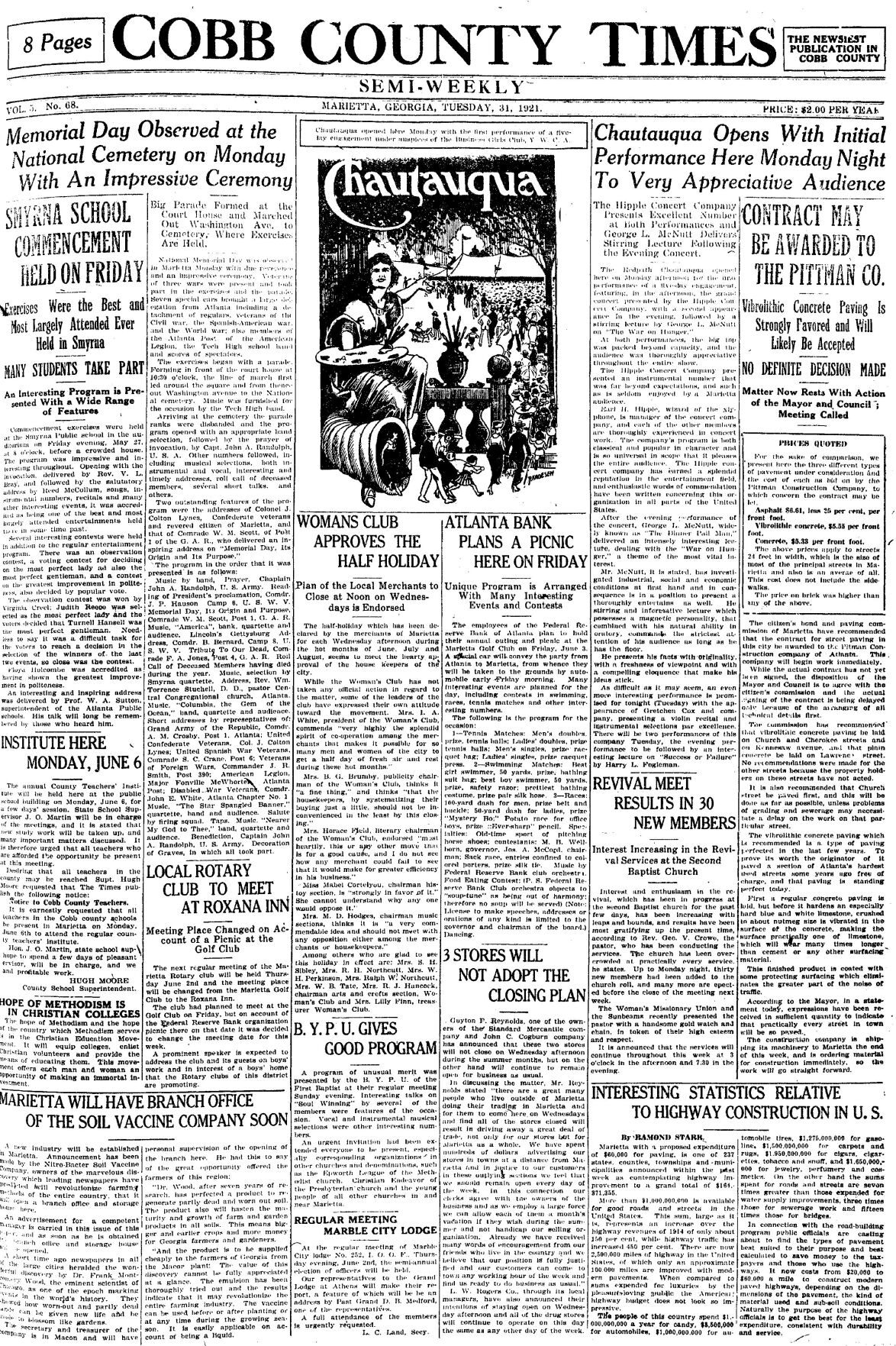 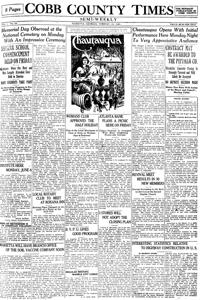 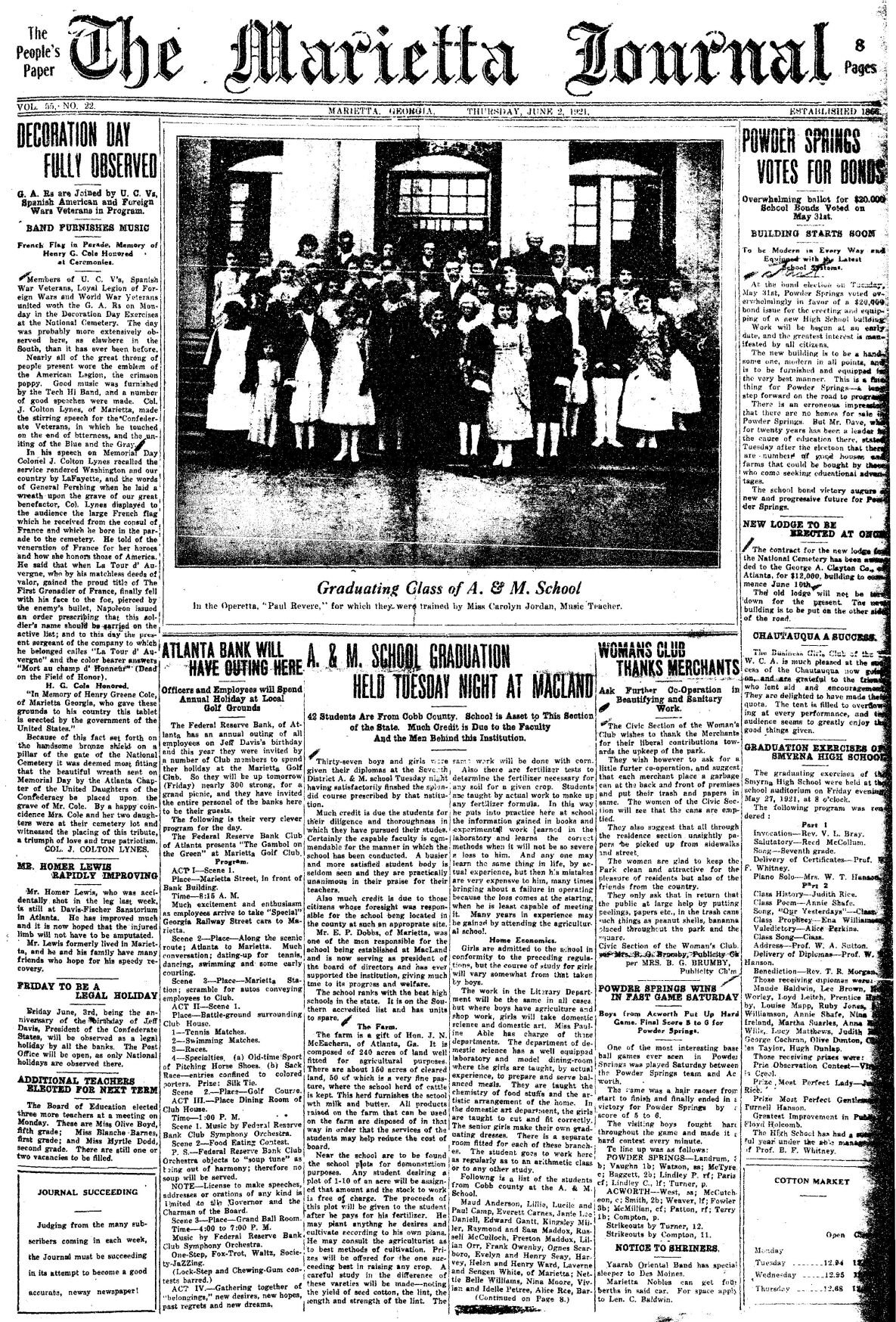 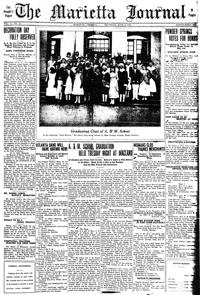 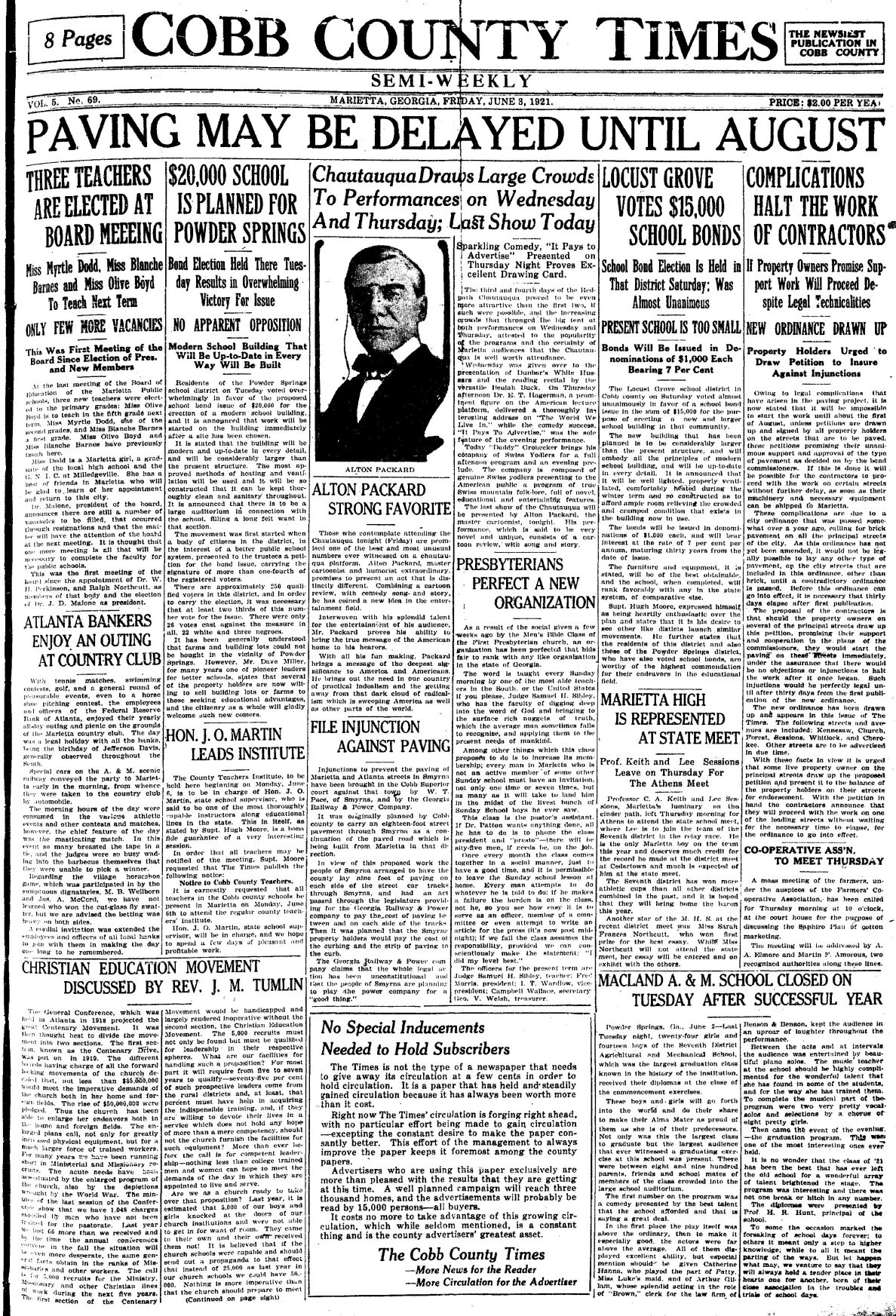 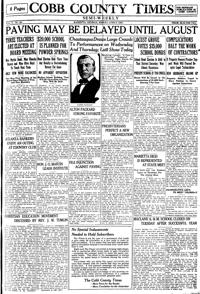 The Tuesday, May 31, 1921, edition of The Cobb County Times reported that the citizen’s bond and paving commission in Marietta recommended that the contract for street paving in the city be awarded to the Pittman Construction Company. The actual contract had yet to be signed. There were three different types of pavement being considered. The cost of each as bid on by Pittman were as follows:

Asphalt was $6.61 per foot, Vibrolithic concrete was $5.55 per foot and concrete was $5.33 per foot. The prices applied to streets 24 feet in width, which was the size of most of the major streets in the city. The prices did not include sidewalks. The price of brick was reported as higher than any of the three above.

A brief history of Eberneezer Church at Macland appeared on Page 2. The article said:

In 1847, Judge D.N. McEachern gave the land to build a new church on, and a split hewn log house was built near what was then known as the DuPre place. Worship took place until 1849 when the church purchased 40 acres of land and built a new church near where the Eberneezer School House stood in 1921. They also built an arbor and held camp meetings there for several years. In 1864, the arbor was burned by unknown parties.

The article also listed all of the preachers that served at the church since 1864.

The Friday, June 3, 1921, edition of The Cobb County Times reported in the “News About The City” column, edited by Mrs. Harold Hawkins, that Mrs. H.L. Hutcherson had returned from Atlanta, where she had been in the Wesley Memorial Hospital for an operation on her eyes that successfully restored her full sight.

The Thursday, June 2, 1921, edition of The Marietta Journal reported that Homer Lewis, who was accidentally shot in the leg a week before, was still at the Davis-Fischer Sanitorium in Atlanta. Lewis, a well-known former Marietta resident, had improved and it was believed that his leg would ultimately not have to be amputated.

The “Personal Mention” column, by Society Editor Mrs. D.C. Cole, reported that W.H. Perkinson and Cleveland James of Marietta along with Oscar, Paul and Jess Perkinson and Will and Hal Dean of Woodstock, left the Monday before for a fishing trip at Nuntago Creek. The creek was on the Government Reservation near Blue Ridge and the party was said to have been having a fine time fishing for mountain trout.

The Thursday, May 30, 1946, edition of The Marietta Daily Journal reported that E.H. Lilly of Memphis was seeking a 40-foot wide and 80-foot long building in Marietta to house a bottling company for the Grapette soft drink company. A franchise for seven counties had been procured by Lilly and machinery had been ordered for the bottling plant but delivery was delayed until a building was found. The company was opening plants in Rome, Americus and LaGrange and hoped to establish one in Marietta. If Lilly couldn’t find a place in Marietta, he planned to locate the plant in Carrollton.

Also that day, it was reported that Marietta Army Air Base, formerly Rickenbacker Field, was teaming with Army planes for the first time since the closing of Bell Bomber Plant. Numerous transient aircraft started using the field since its occupancy by the Air Corps, which had transferred six C-45s, three C-47s, five AT-6s and one B-25 from the Atlanta Air Base. Personnel from two squadrons moved from Atlanta into the B-4 building at the plant.