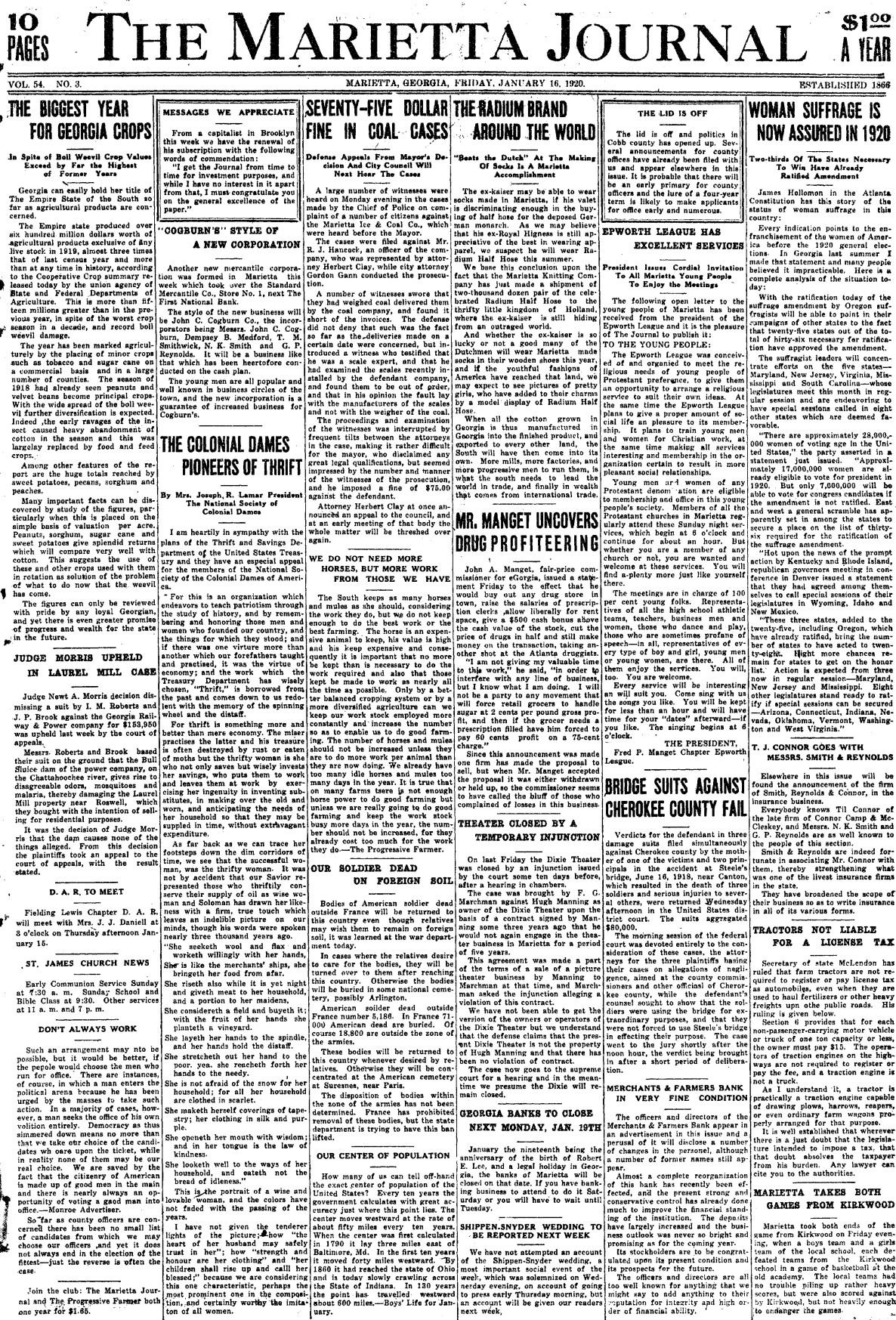 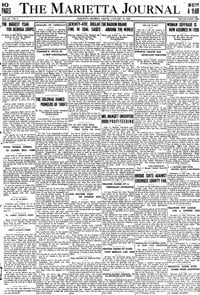 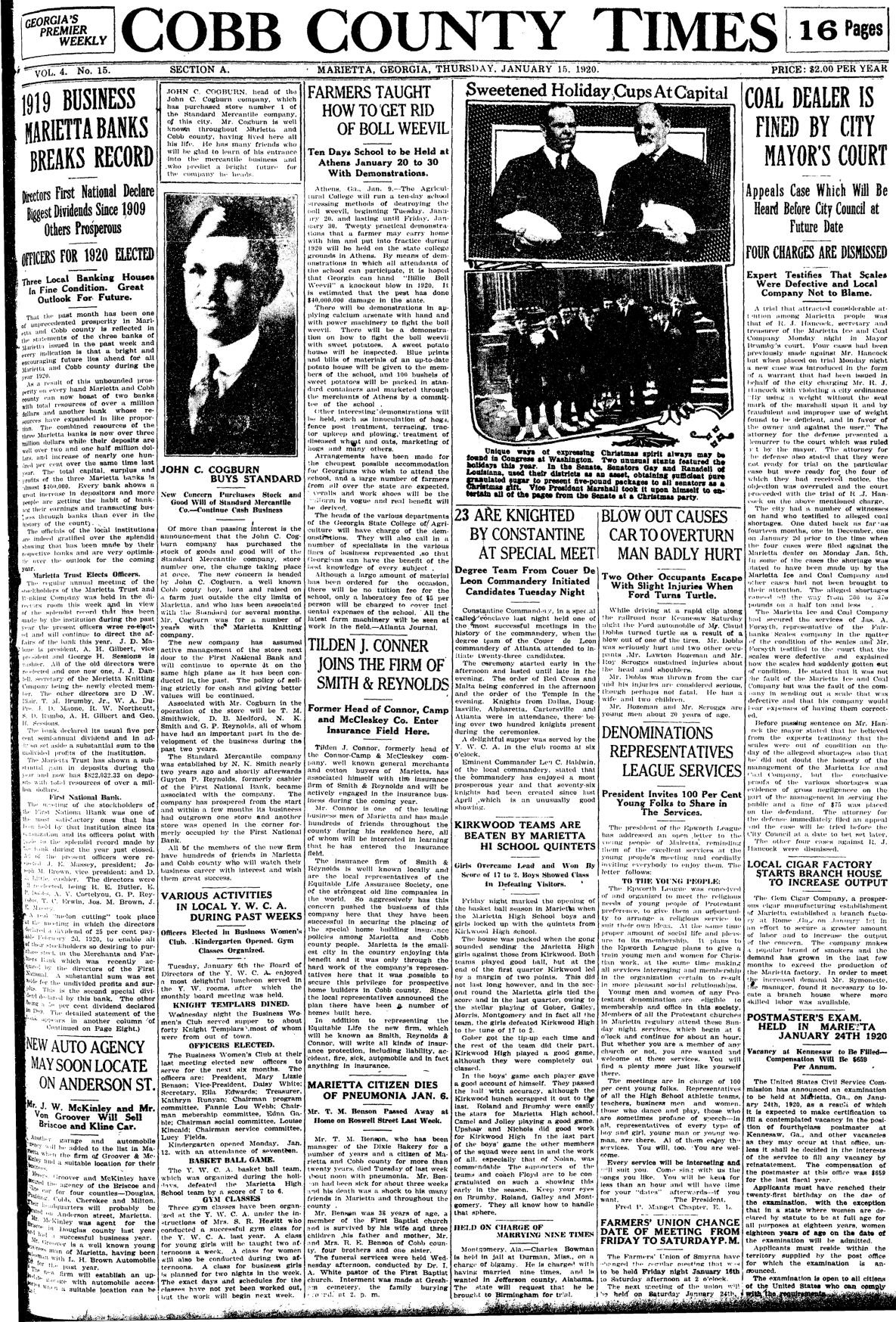 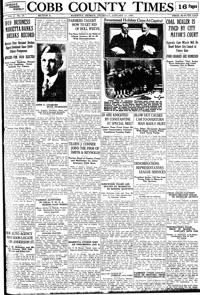 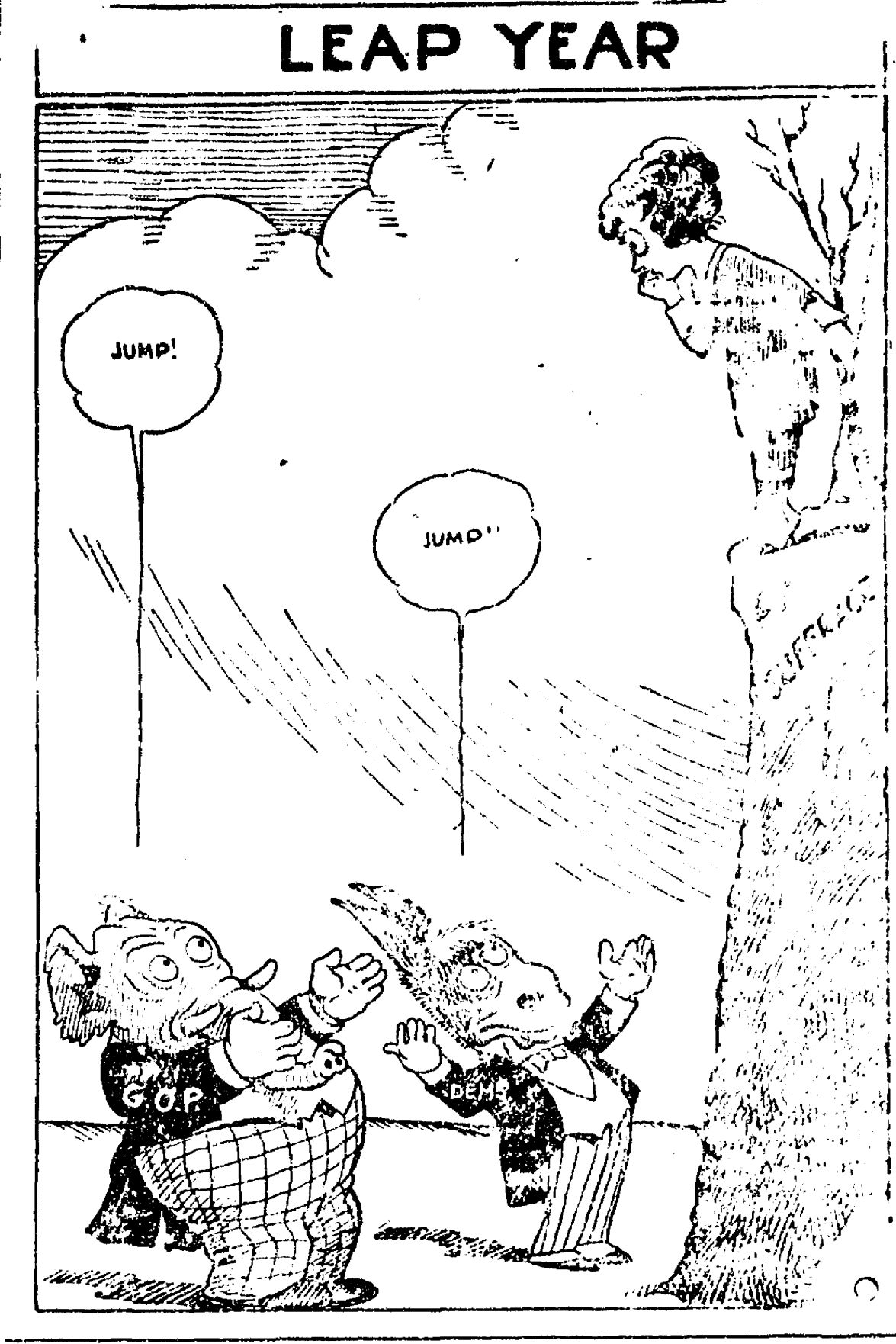 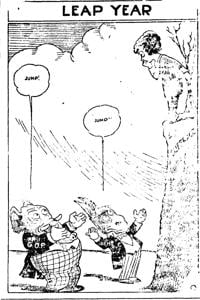 From the Jan. 16, 1920, edition of The Cobb County Times. Pictured is an editorial cartoon, titled “Leap Year,” showing Republicans and Democrats urging women voters to leap into their arms.

From the Jan. 16, 1920, edition of The Cobb County Times. Pictured is an editorial cartoon, titled “Leap Year,” showing Republicans and Democrats urging women voters to leap into their arms.

The Thursday, Jan. 15, 1920, edition of The Cobb County Times reported that the trial on coal shortages by the Marietta Ice and Coal Company the Monday before included a warrant issued on behalf of the city charging R.J. Hancock, secretary and treasurer, with violating a city ordinance.

The city was said to have had a number of witnesses on hand that testified to the shortages. One dated back as far as 14 months earlier, one in December 1919 and one on Jan. 2, 1920, which was prior to the four cases that had been filed on Jan. 5, 1920. In some cases, the shortages were made up by the company while others were not brought to the company’s attention.

While driving along the railroad near Kennesaw the Saturday before, it was reported that Claud Dobbs’s Ford automobile “turned turtle” after a tire blow out. Dobbs, who was thrown from the car, was seriously hurt and passengers Lawton Bozeman and Roy Scroggs both sustained injuries about the head and shoulders.

The Gem Cigar Company, a cigar manufacturer in Marietta, was reported as establishing a branch factory in Rome.

T.M. Benson, the manager of the Dixie Bakery and a 20-plus year citizen of Marietta and Cobb County, died the Tuesday before from a three week battle with pneumonia.

In the “News From Our Correspondents” column, were the following items:

♦ Rocky Mountain section: The Sunday before, J.D. Dobbs had as guests his nephews Howard Dobbs of Marietta and Mell Dobbs of Atlanta. Mell had arrived from India on Dec. 19, 1919. He had seen four years of active service with the British Army, going to England in April 1912 and enlisting in 1915. He was “wounded twice in Afghanistan in war with the Turks.”

♦ East Oak Grove section — Jas. Hunt was reported as improving after being shot by accident in the leg on Christmas.

There were also two items of interest from Powder Springs.

The first said that “the ditcher has been in Powder Creek near the spring for several days” and the steel bridge was taken down the Friday before, which was an inconvenience to that part of town.

The second stated that the town was “no longer dark at night” with electric lights in almost every home.

In the “Press Sandwiches” column on the Editorial Page was the following item, reprinted from Sandersville Progress:

“The lynching evil does not seem to abate, Georgia leads all states in the number, having a record of one fourth of all that were committed in the entire United States. Greater respect for law and order should be taught in every school, from every pulpit and should be the slogan of every newspaper. Whenever the people defy the constituted authorities they are stepping dangerously near upon anarchy.”

The Friday, Jan. 16, 1920, edition of The Marietta Journal reported that the Friday before, the Dixie Theater was closed by an injunction issued 10 days before. The case was brought by F.G. Marchman against Hugh Manning, the owner of the Dixie Theater, on the basis of a contract that Manning would not engage in the theater business in Marietta for five years. The agreement came from a sale of a motion picture business by Manning to Marchman three years earlier.

On the Editorial Page, with the end of World War I still in recent memory, the Journal editors wrote:

“We heartily favor a limited amount of military training for all boys, for the physical good it does the boys, to say nothing of the discipline it teaches them.”

The Friday, Jan. 16, 1970, edition of The Marietta Daily Journal reported that Robert Collier Butler, 41, of Marietta was “hurting pretty bad” but “felt awful good to know I am still alive” following a twin engine airplane crash the evening before in Kennesaw.

Butler was a passenger in the plane being piloted by Steve W. Pettus Jr., 39, of Marietta. Pettus was listed as in critical condition at Kennestone Hospital.

The plane had been airborne from McCollum Airport for only three to four minutes before losing power and crashing into a wooded area a short distance from the home of Rev. F.W. Gibson, the pastor of Kennesaw First Baptist Church.