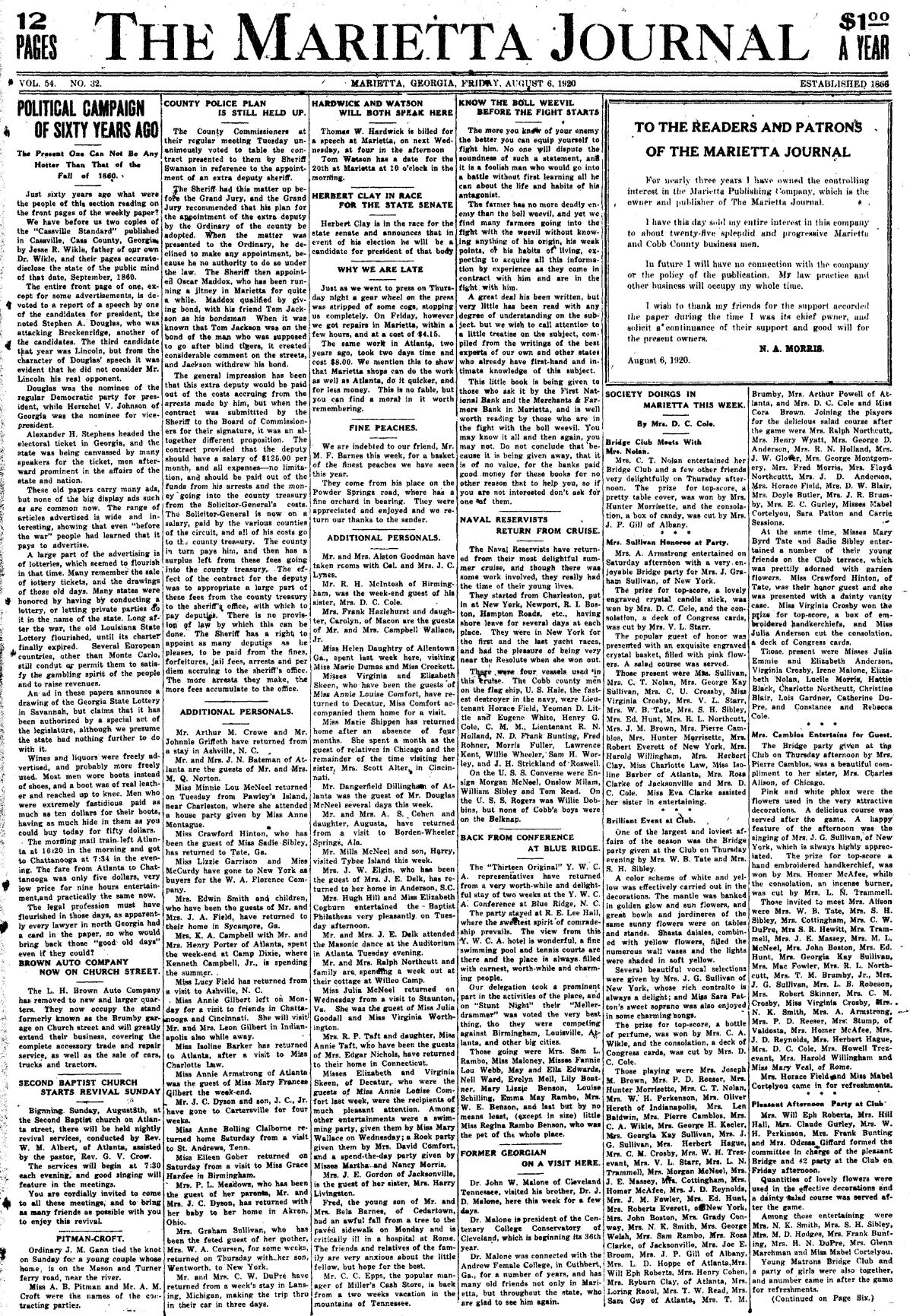 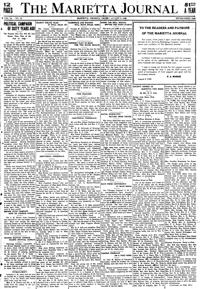 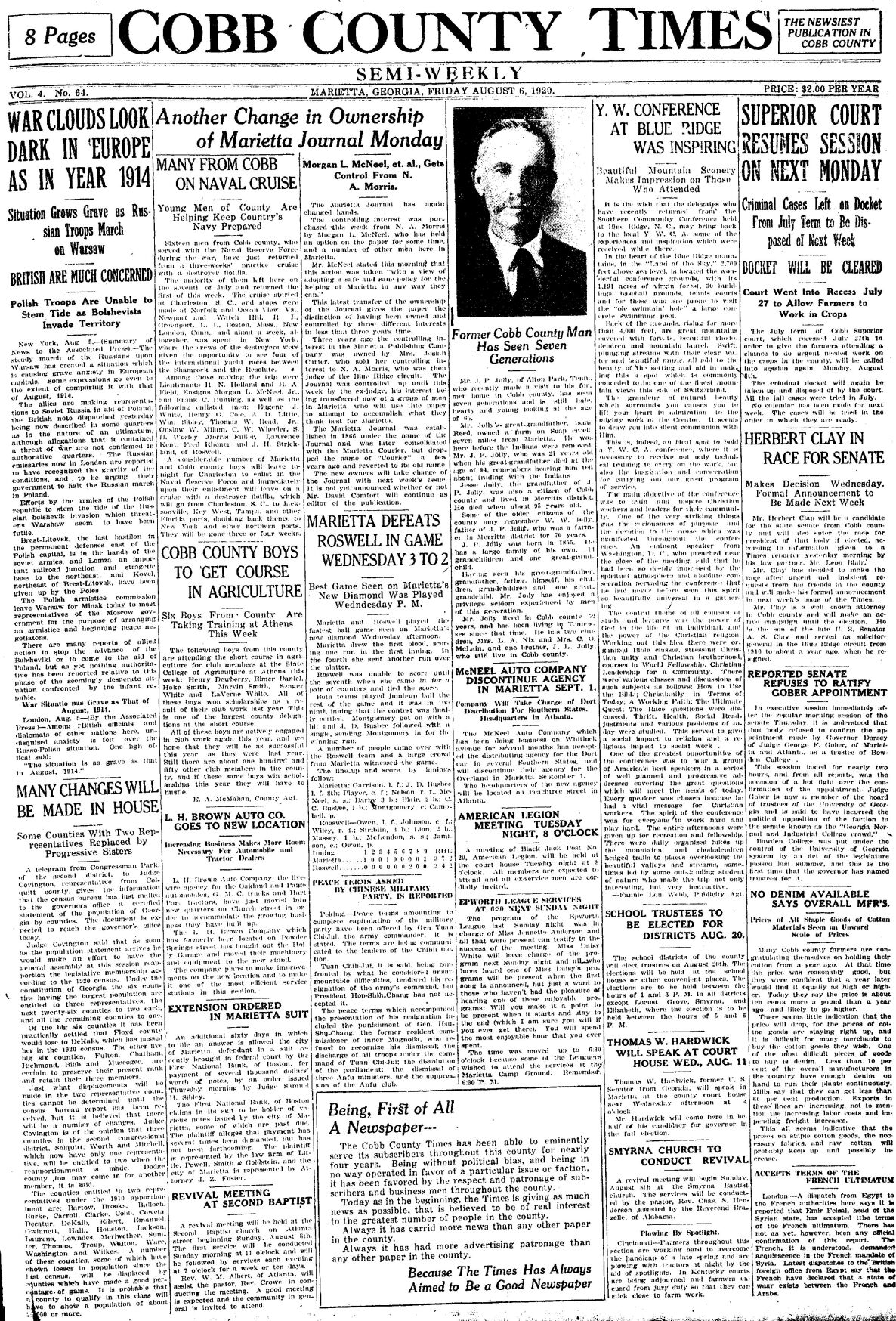 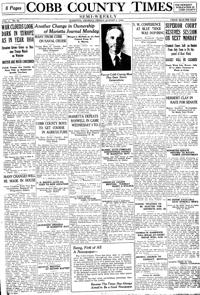 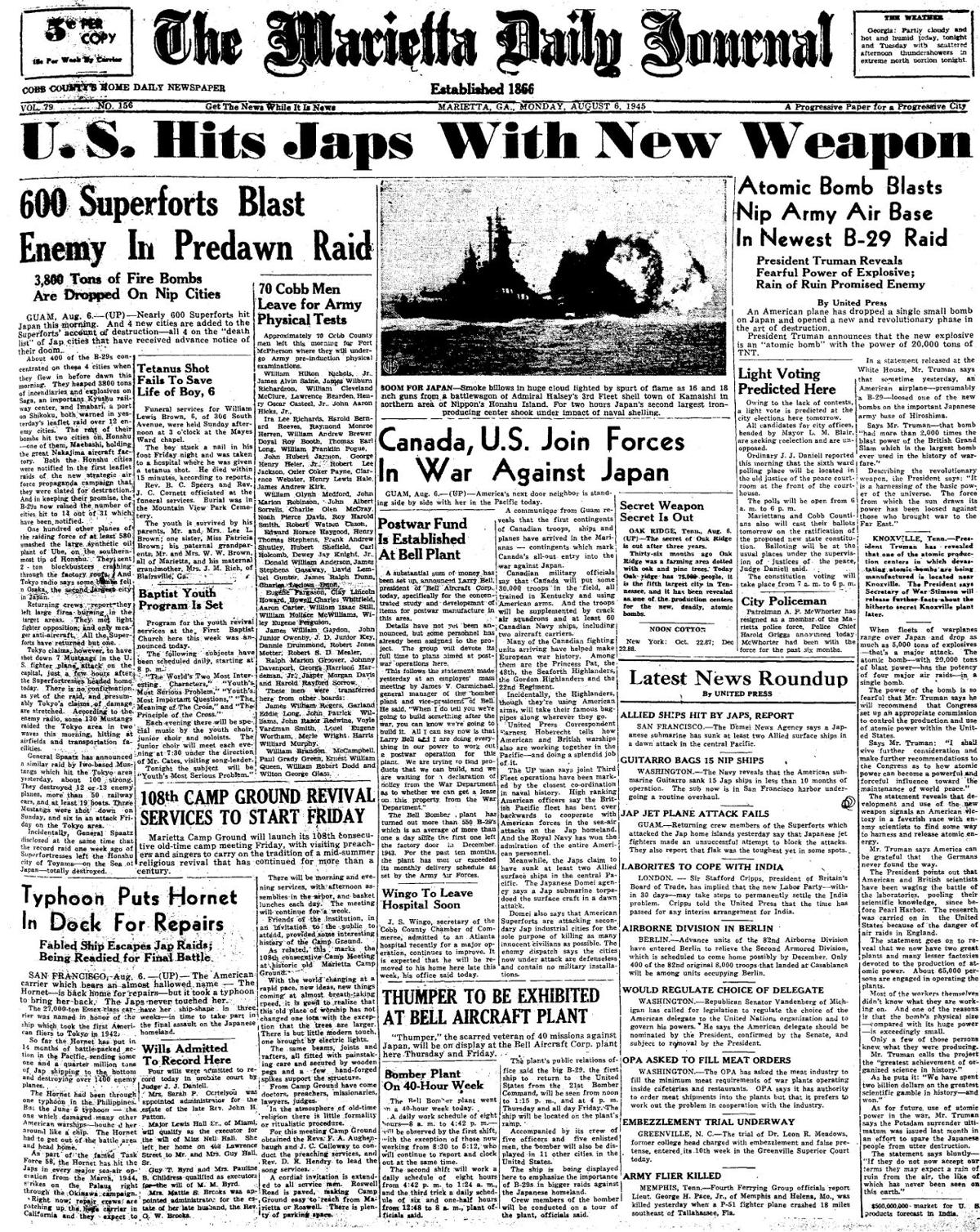 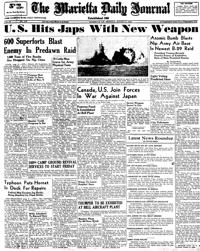 The front page from the Marietta Daily Journal on Monday, Aug.6, 1945. 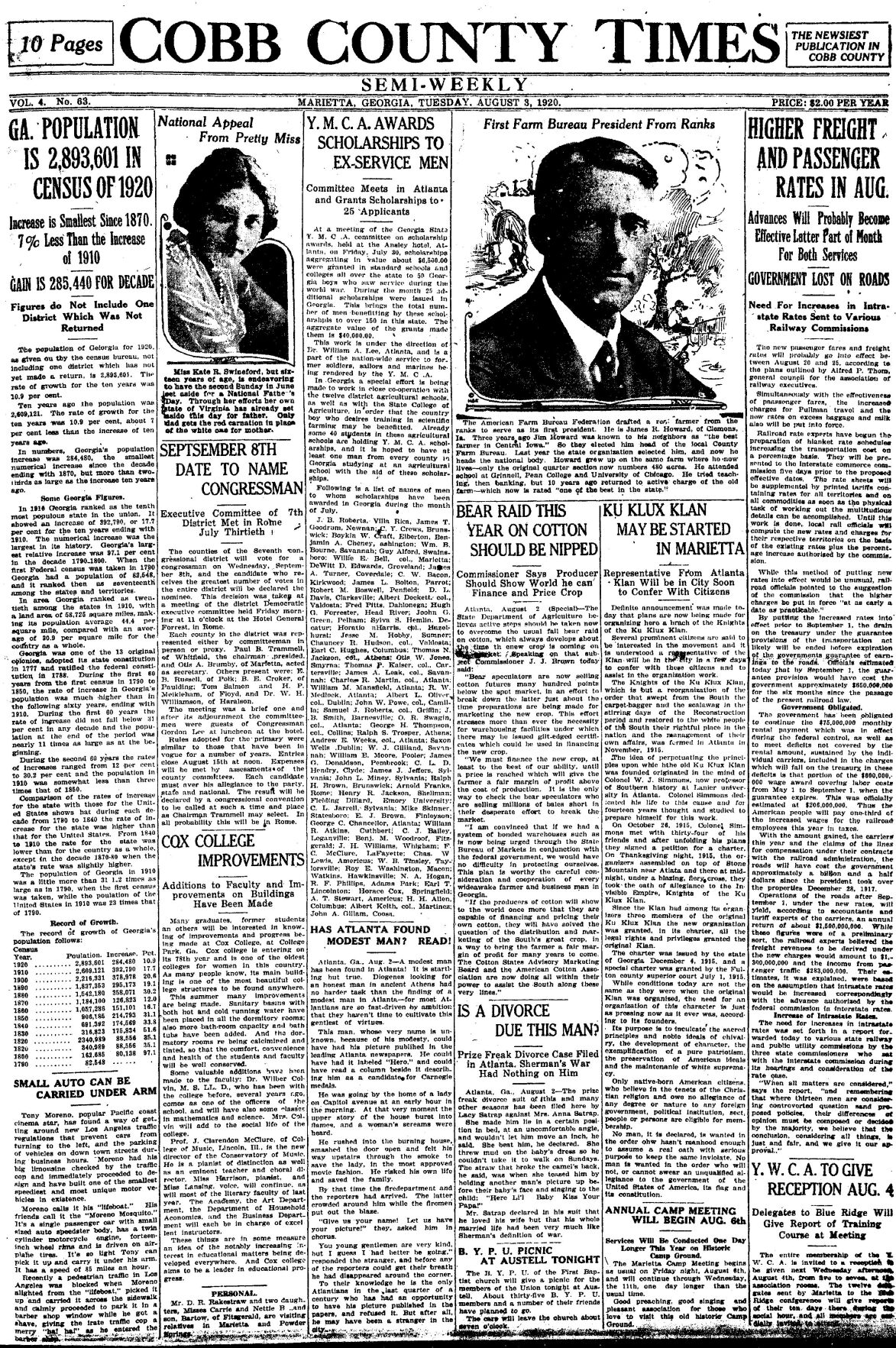 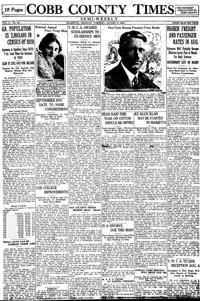 The front page from the Marietta Daily Journal on Monday, Aug.6, 1945.

The Friday, Aug. 6, 1920, edition of The Marietta Journal reported in their “News From Our Correspondents” column, the following items:

♦The Davis Academy section reported that Gus Applin, 24, died on July 30, 1920. Applin served the nation for a year in World War I and had been gassed in France. He had been home a little over a year from the Army, but was in bad health since his return. He had been confined to his bed for the past six weeks.

♦The Mt. Bethel section reported that Richard Eavenson, 12, the son of Arthur Eavenson, drowned in the Chattahoochee River above Morgan Falls the Friday before.

The Friday, Aug. 3, 1945, edition of The Marietta Daily Journal reported the following:

♦Two Cobb soldiers were among the eight Georgians that were carried 80 miles up the twisting Agusan River with the 31st Infantry to deny the Japanese a place of refuge even in Mindanao’s mosquito-infested swamps. The Cobb soldiers who took part in the longest inland water thrust in the Philippine drive were Pfc. William F. Barfield of Marietta and Pvt. Ezell Cagle of Canton. The infantrymen did not find headhunters or crocodiles as they were led to believe. Instead, they found hundreds of organized guerillas that were eager to fight the Japanese. Heavy artillery pieces were hauled from barges up the steep river bank, tons of supplies were unloaded by hand and a muddy banana grove became a base camp.

♦A former employee of the Bell Aircraft Corp. in Marietta was charged with embezzlement of government property and apprehended by the FBI in Binghampton, New York. John Wallace, 44, of Acworth, was the former head of the art and photographic department at the bomber plant. He was charged with stealing photographic and motion picture equipment valued at $845 and selling it to an Atlanta whiskey dealer for liquor and money, according to the Atlanta FBI.

“Thumper,” the scarred veteran of 40 missions against Japan, was reported in the Monday, Aug. 6, 1945, paper as going on exhibit at the Bell Bomber Plant in Marietta later that week. The big B-29 was the first plane to return to the U.S. from the 21st Bomber Command. The exhibit was to emphasize the importance of B-29s in bigger raids against the Japanese homeland.

The Aug. 7, 1945, paper announced the bombing of Hiroshima and President Harry S. Truman revealing the existence of America’s atomic bomb, which was the equivalent of 20,000 tons of TNT. After Truman’s revelation, the War Department supplied details from a test firing of the weapon in a remote section 120 miles southeast of Albuquerque, New Mexico, at 5:30 p.m. on July 16, 1945. Truman was quoted as saying that the Japanese faced a rain of ruin from the air the like of which has never been seen on this earth.