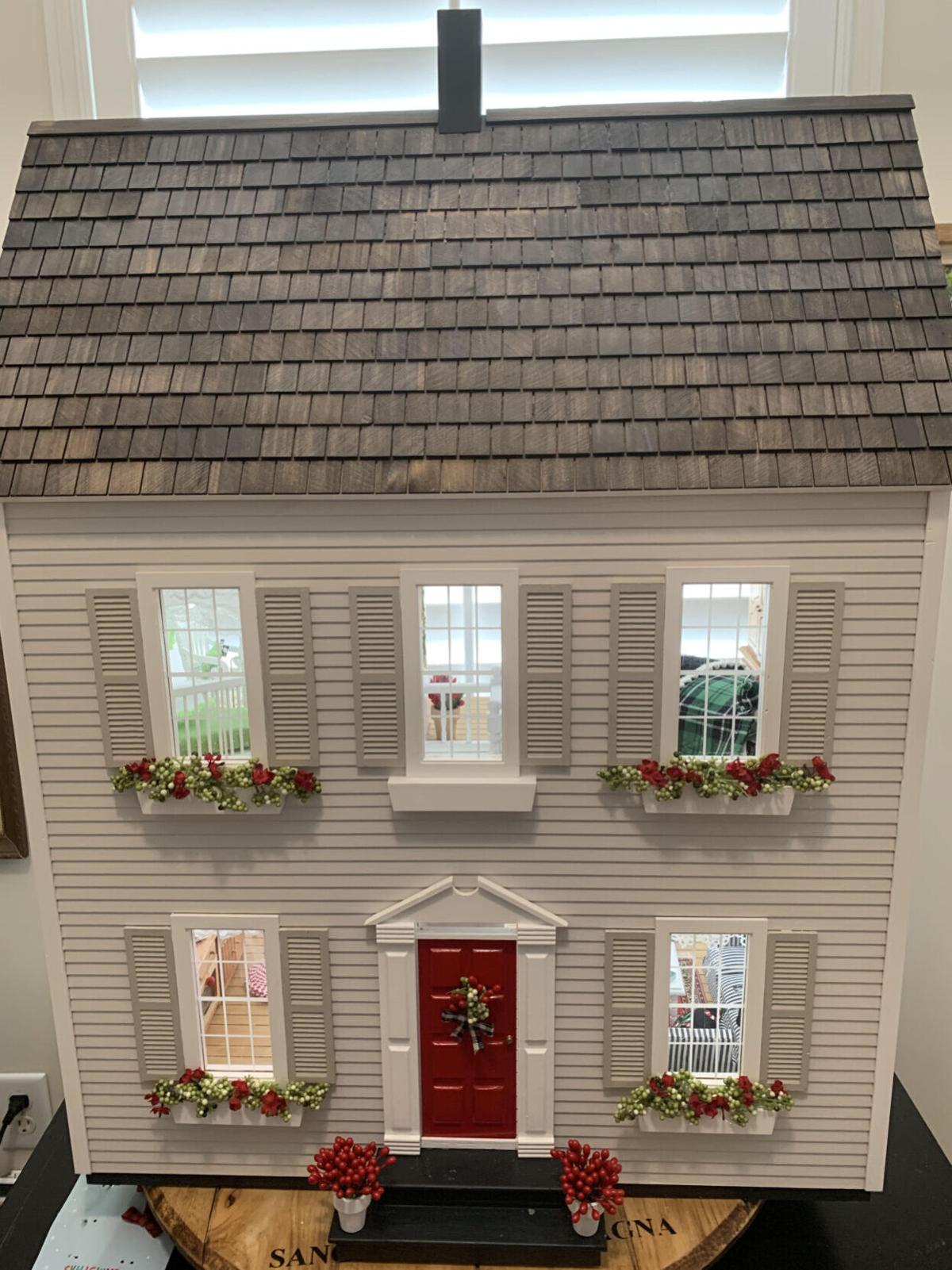 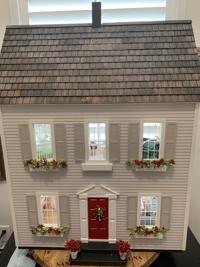 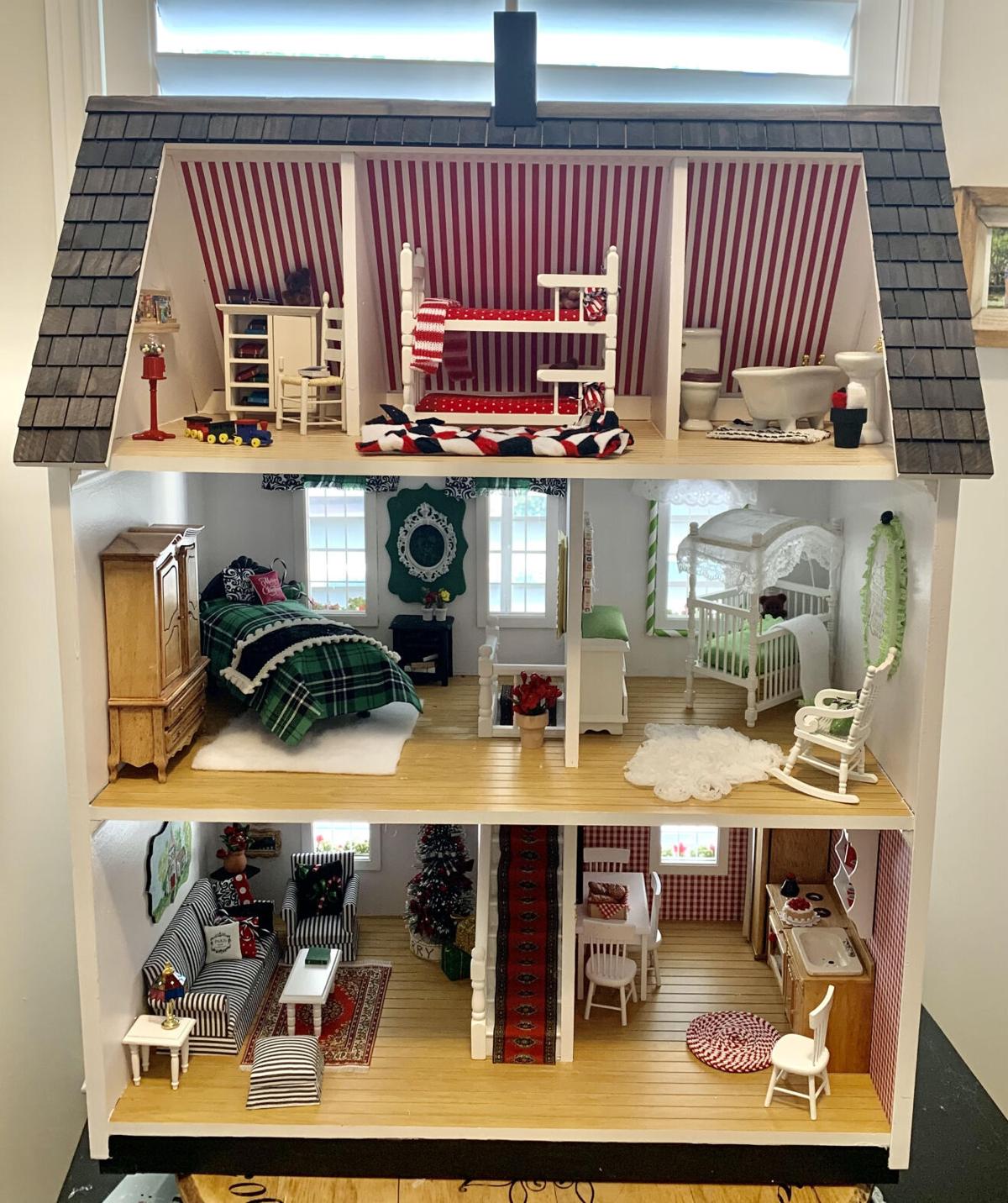 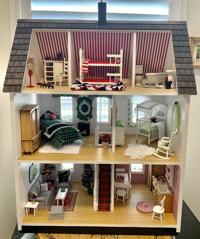 When I was a little girl, my friend Martha owned the prettiest dollhouse on the planet. Lucky Martha was an only child whose father managed the local five-and-dime store. Naturally, she would have excellent toys!

There must have been some magic at Martha’s house because, to this day, I still recall her enchanted dollhouse I longed to call my own.

Several years ago, I decided, since Santa never brought me a dollhouse like Martha’s, it was high time I should own one. I purchased a kit, built it piece by piece, shingle by shingle, and donated it for a charity auction. My dollhouse raised a significant amount of money for breast cancer research, so the dollhouse magic continued.

I never dreamed I would attempt such a feat again, but a broken dollhouse landed in my lap. A family member received a tattered hand-me-down house for her daughter, but it was too much for her to repair.

“Lynn, since my daughter has a newer dollhouse, would you like to restore an old one?” I reluctantly replied, “Well, OK, I guess, bring it over.”

The large two-story pink house sat in my office for months with its damaged door, missing shutters, broken bits and pieces of furniture, and mismatched walls. Each time I glanced at her in the corner, a wave of sadness crossed my heart.

When I finally began the process of restoring the house, my husband asked, “What are you going to do with that old thing when it’s finished?”

“I’m not sure, but I will probably donate it to a charity around Christmas,” I answered with a total lack of enthusiasm.

The more the house began to transition to a home, the magic started to return. Room after room became its own sanctuary with hand-sewn tiny pillows, braided rugs, art, and window treatments.

Each area from the nursery to the kitchen enjoyed a touch of Christmas with red, green, white and black splashes. A Christmas tree-adorned the living room, complete with miniature packages waiting to be ripped open. A white cake with red berries sat on top of the stove to cool while tiny coffee cups rested on the breakfast table.

“Now, what are you going to do with this?” My husband asked again as the dollhouse neared completion.

During the long hours spent restoring the old house, I envisioned a little girl seeing it for the first time. Every stitch, and with every stroke of paint, I saw a child’s face and knew it was to belong to one little person whose belief in love and hope needed mending.

My friend Michele is a volunteer for CASA, the initials for Court Appointed Special Advocate for children. These extraordinary volunteers and leaders represent children from broken homes placed in foster care. These are children who have suffered from abuse or neglect and necessitate a voice in court to tell their story. They are the innocents who need to be kept out of harm’s way and guided to a safe and productive future. CASA becomes the protectors for the girls and boys whose hearts are broken and require healing from their worlds’ harsh reality.

“Michele, do you know a little girl in need of a special gift for Christmas?” After Michele saw the house, she took pictures and sent them to CASA’s local office. The CASA teams carefully researched to find the unique child who longed to find a glimmer of hope and belief that Christmas is magical.

This last week, Michele and I loaded the house in the car and took it to the CASA office. I was pleasantly surprised to meet many CASA leaders who came to see the mended home. Pictures were taken as I told the dollhouse’s story and the little girl I envisioned receiving it.

Without divulging too much information, they explained, “We have decided it will go to a young girl and her little sister who we felt were the children who would best benefit from this gift at this time.”

Months earlier, I purchased a family for the dollhouse as an extra present. It included a mother, father, a little girl, and her older sister.

I smiled as I looked at the dollhouse for the last time. The old neglected house was now restored to its original beauty. There is hope in everything broken if only we take the time to mend them. However, the real magic lies in the CASA teams and the countless volunteers who work tirelessly to protect over 435,000 foster children whose dreams are broken.

What better way to restore Christmas joy than to rebuild hope in the heart of a child.

For more information or to donate, locate the CASA office in your county that advocates for foster children.

Lynn Gendusa of Roswell is the author of “It’s All Write with Me!” Essays from my heart. She can be reached at www.lynngendusa.com.