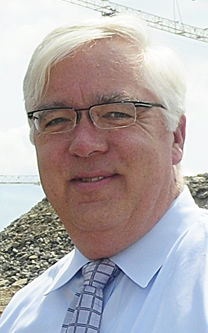 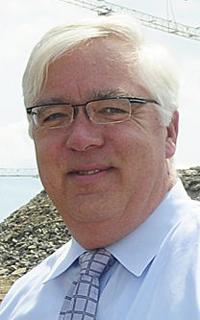 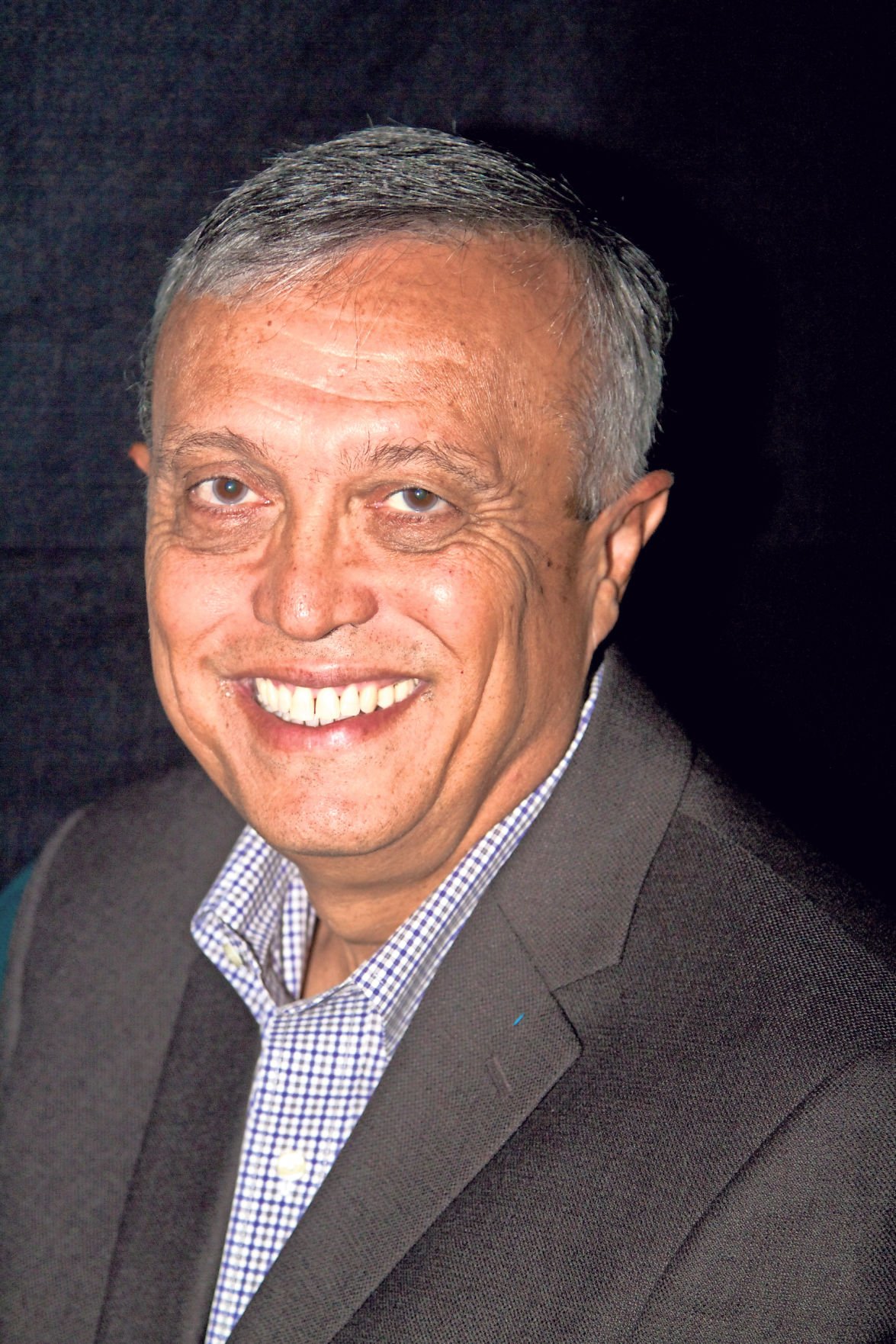 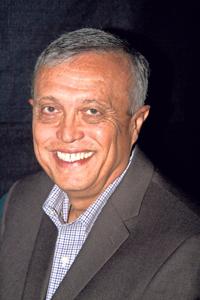 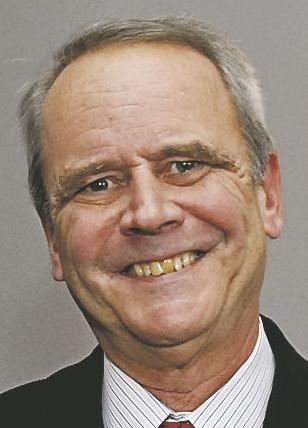 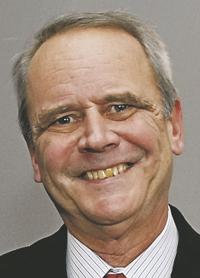 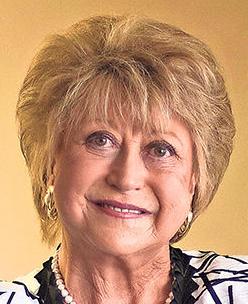 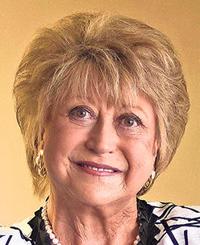 Tuesday’s GOP primary — which saw Cobb Board of Commissioners Chairman Tim Lee come in second and forced into a runoff while his antagonist on the board, east Cobb Commissioner Bob Ott, coasted to victory, reminds some of the 1988 commission race.

“You hear anecdotally out there from just people on the street that it was sounding a little bit in my mind like the Earl Smith/Emmett Burton race,” said Chuck Clay, the former chairman of the Georgia Republican Party who occasionally does lobbying work for the county at the Georgia Legislature.

Around Town wrote at the time that Smith made the mistake of involving himself in the east Cobb commissioner’s race, and it backfired.

“The chamber and everybody was focused on getting rid of Emmett because he was sort of a burr in the side of the chamber and to Earl Smith. They were kind of focusing on Bob Ott this time,” said banker Joe Daniell.

(Chamber CEO David Connell will tell you the chamber doesn’t endorse, although its members are free to do so, and many endorsed Lee and Ott’s opponent, attorney Jonathan Page.)

“Zoning was the big issue then,” Clay said of the 1988 race. “Emmett was the anti-growth vs. more status quo economic development, and it got to be very personal, and nobody thought Earl Smith could lose that commission race. When the votes came in, Earl was gone. And he was a damn fine chairman and certainly a major contributor today.”

Retired Marine Col. Mike Boyce came within an eyelash of winning Tuesday’s chairman’s race outright. And there’s no doubt that if it hadn’t been a three-man race, Boyce would be Cobb’s next presumed chairman. Retired businessman Larry Savage came in third with 3,793 votes. If only 337 of those votes had gone Boyce’s way, his total would have been at 18,037 (50 percent plus one) and there would be no need for a runoff.

Three things are at play, Clay believes. First, turnout was 31.4 percent four years ago, compared to 13.3 percent on Tuesday. The controversial T-SPLOST was on the 2012 ballot, motivating people to turn out. There is also the nature of the chairman’s seat regardless of who fills it. After making decisions for half a dozen years, the chairman ends up making enemies. For instance, when ruling on a controversial zoning case with half the room for it and half the room against, he’s made half the room upset no matter how he votes.

“It’s not unique in Cobb, but when you’re talking in any election, particularly if there’s any controversy at all, there’s always going to be 4 or 5 percent who are just anti-incumbent,” Clay said.

And with low turnout making every vote precious, that makes the anti-incumbent bloc all the more influential.

The third factor, and Clay doesn’t put these in any particular order, is that Boyce ran a very good race. He’s a likeable guy who had a good grass roots ground game.

There’s been a lot of rhetoric about the Braves move to Cobb hurting Lee in the race, but if that’s true, why is it that Commissioners JoAnn Birrell and Bob Ott, who also voted for the Braves deal in 2013, were easily re-elected in their races, Birrell in 2014 and Ott this week? Clay, who thinks most people support the Braves move to Cobb, believes the answer is that Lee was the tip of the spear in the deal, and as county chairman, simply more visible.

“ … it gave Boyce at least a hook, and for somebody that did not like the chairman for a vote on a zoning case or whatever, it gives them a reason to pile on and it worked,” Clay said.

There is also the point that Boyce is retired and Lee has a fulltime job as county chairman, leaving some to argue that Boyce had more time to conduct his door-to-door campaign. Yet the advantages to incumbency were apparent in the war chest Lee was able to amass.

Negative campaigning and the runoff

Boyce failed to make the runoff with Lee four years ago. That race was between Lee and former county Chairman Bill Byrne with a turnout of 8.5 percent.

If the runoff turnout was a mere 8.5 percent with a 31.4 percent primary, expect the turnout for July’s runoff to be microscopic.

“Voting in this runoff is like your vote is going to be worth 10 fold, because the numbers will go down,” said former Cobb GOP Chairman Scott Johnson, who did not endorse in the chairman or District 2 commissioner races.

But their negative campaigning didn’t work.

“I think a lot of the negative attacks just weren’t believable,” Scott said. “If you get down to 13 percent turnout, you’re talking about serious voters that show up, not people that vote casually and are going to believe a mailer.”

Johnson said, “All I ever heard from (Page), whether it was in media or in a meeting, was ‘Bob Ott is bad and I’m not Bob Ott.’”

Voters who turn out for the runoff will be equally knowledgeable about the candidates.

“A lot. He’s in big trouble,” Everhart said. “I think the main thing was Tim’s folks wouldn’t work. I mean, I had somebody come to my front door in February wanting me to support Mike Boyce. That’s going to win it every time.”

Sending out slick fliers and robo-calls doesn’t compare to the personal touch of a home visit or personal call, Everhart said.

“(Lee’s) going to have to start working yesterday,” she said.

At the same time, Clay and Johnson say a runoff is an entirely different animal than a primary.

“You see the second place finisher winning about as often as you do the first place,” Johnson said. “Runoffs are incredibly unpredictable and you will see as often as not a second place finisher, finishing first. In 2010, the Deal/Handel governor’s election, (Deal) came in second (in the primary, but won the runoff). I don’t think you can take much from the primary and apply it to the runoff because it’s like an entirely new election.”

The third candidate in the chairman’s race, Larry Savage, received 10.5 percent of the vote.

“Any Savage vote is obviously not going to go to Tim, so Tim has to figure out very quickly who are some people that didn’t vote last time that would be natural supporters and how do I get another 2,000 of them out?” Clay said. “On paper that would look like a steep mountain to climb, but I’m not sure that’s exactly true given the nature of turnouts. What Tim has got to identify is where should we have gotten a better turnout but didn’t and how do I reach those.”

“I will guarantee you it’s going to be a very robust campaign between both of those teams starting yesterday,” Wing said.

FOLLOWING A LONG and, in some cases, nasty primary season in Cobb County, tonight candidates will sit by their computers — or their consultant…

AROUND TOWN: Chamber CEO: Dallas edges out Cobb on jobs over transit

A NUMBER OF COBB COUNTIANS were seduced by Dallas, Texas, while on the LINK trip earlier this month. Organized by the Atlanta Regional Commiss…

AROUND TOWN: Papp out: Timing, circumstances have many wondering why