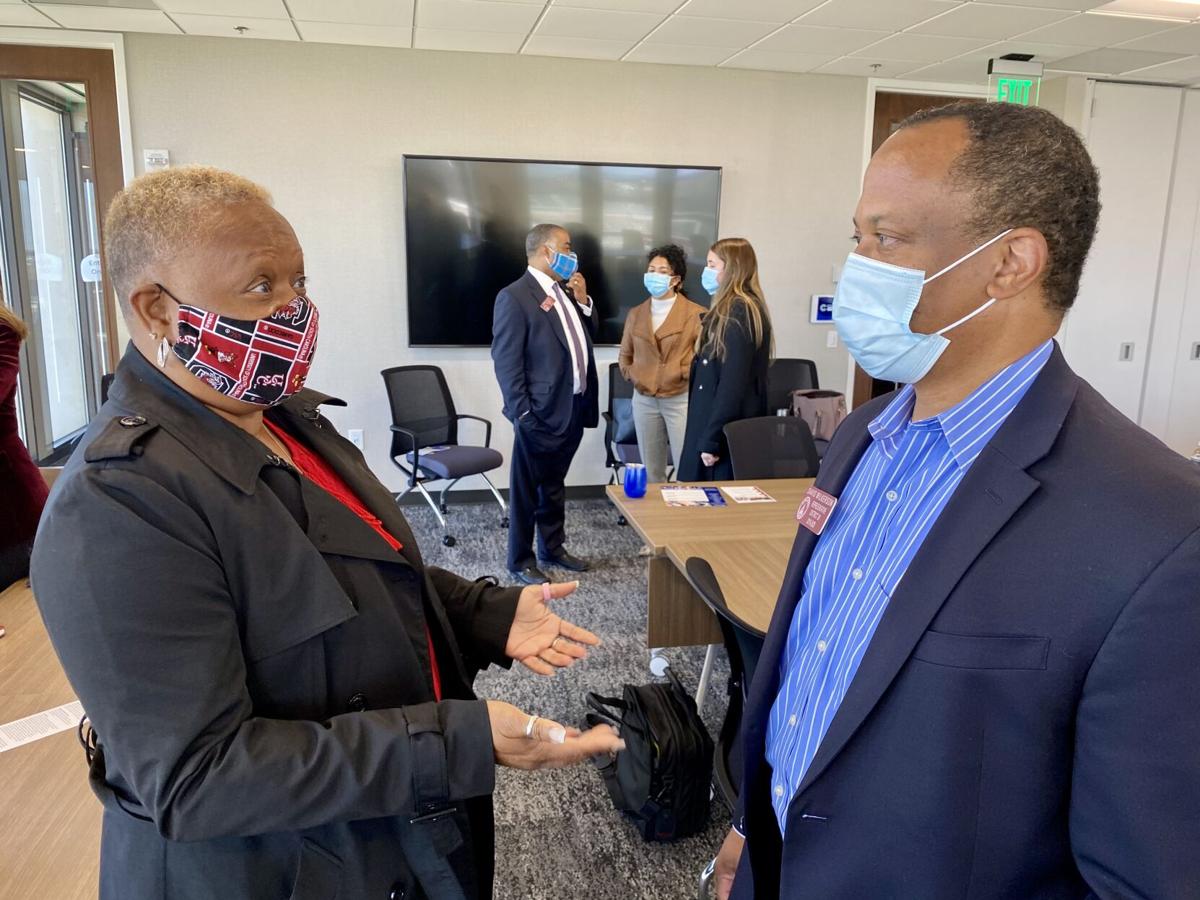 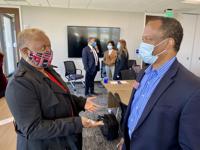 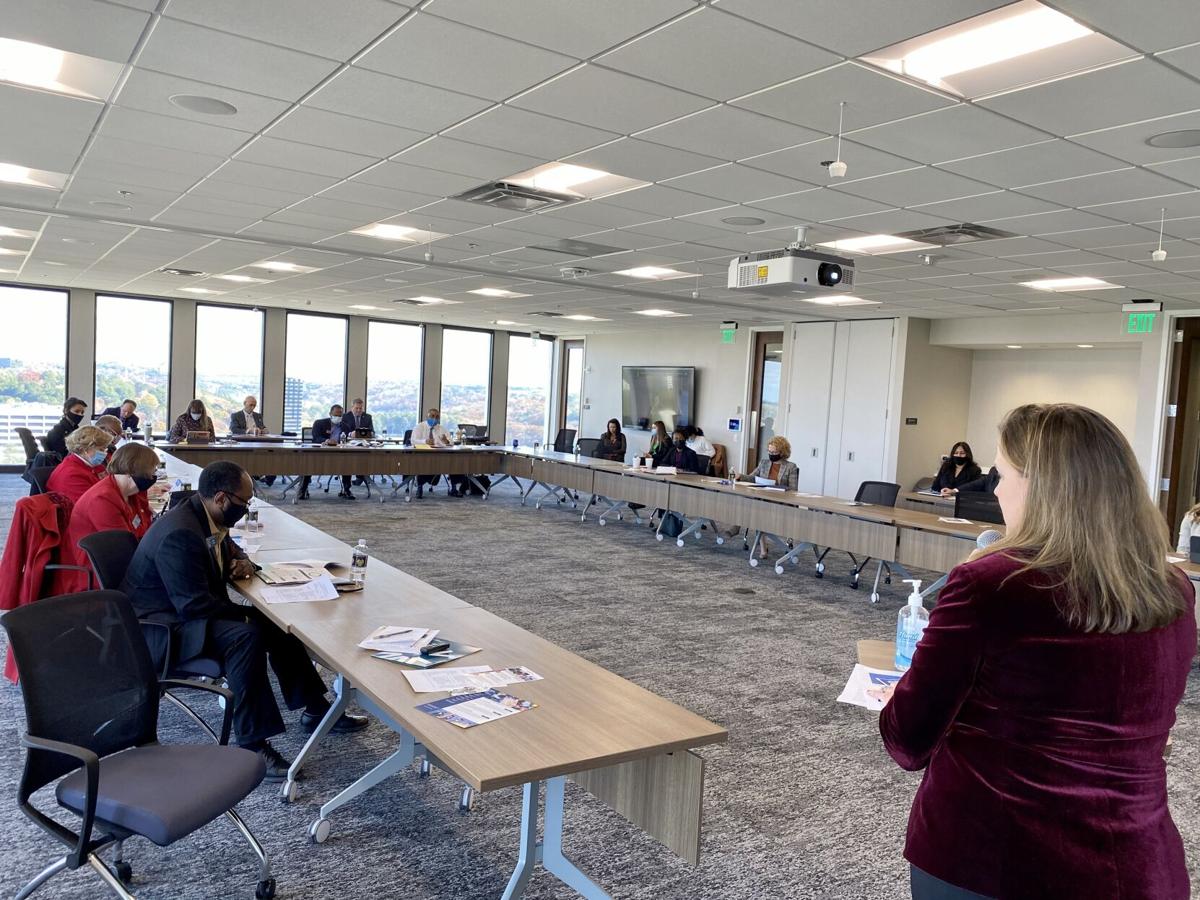 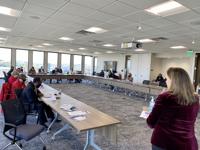 The Cobb Legislative Delegation’s annual wish list meeting, held at the Cobb Chamber of Commerce headquarters Tuesday, turned out to be a smooth affair with no bitter outbursts or temper tantrums even though the county is simultaneously treading water in a pandemic while undergoing a change in political control.

Following the marathon meeting, in which various county groups and governments made their annual requests, Wilkerson shared some of his takeaways. He said the Cobb School District’s request concerning funding and enrollment had his attention. Enrollment counts are taken twice a year in Georgia, one in October and one in March. The counts determine the level of state funding school systems receive.

“The issue is the school system has asked that we use last year’s numbers to determine what state funding is going to be,” Wilkerson said. “So basically ignore October because the kids aren’t in school right now. And the concern of the Legislature, i.e., me, is where are those kids? I get that they may be back next year, but where are they now? And if we don’t know where they are now, we need to find where they are, and if they’re coming back. We need to be able to track all the students.”

Wilkerson said he understands the school district’s enrollment count is down because of the pandemic. He said he just wants to make sure kids aren’t falling through the cracks.

“And that’s my frustration is that the kids that I’m talking to, they’re not learning. That’s why it’s important that they do something about the end-of-course test because they’re just not getting it. They’re not learning,” he said. “I get why (the student) count is down, but you shouldn’t get money unless you’re doing everything you can to track those kids down.”

Wilkerson had high praise of the county government for how it’s handled the federal pandemic money allocations.

“I think Cobb County has done a great job with the grant programs that are helping small businesses. We’ll need that help probably in the beginning of next year as well,” he said.

The meeting was also meant to be a transition to help newly elected officials get their footing. Seated at the front of the long table, flanked by Democrats Allen and Anulewicz, with Cobb Board of Commissioners Chair-elect Lisa Cupid and Commissioner-elect Jerica Richardson nearby, Wilkerson acknowledged it was a new day in Cobb.

At the same time, Wilkerson believes those elected officials in Cobb who have the institutional knowledge are still involved.

“So that’s the thing that you see in other counties. When they get done, they take their toys and go home. You don’t see that in Cobb. So they were participating. I saw a lot of familiar faces whether it’s Don Parsons or Sen. (Lindsey) Tippins. The governor’s floor leader, Bert Reeves, Sharon and Kay were here.”

AT has previously quoted former Gov. Roy Barnes saying back in the late 1970s and 1980s when control of Cobb flipped from blue to red, both sides continued working together when it came to doing what was best for the county.

“That’s continuing and it doesn’t matter if it’s race or party, you’re seeing a complete shift, but you’re still seeing that partnership of Cobb and a lot of it has to do with the chamber,” Wilkerson said. “The chamber has been amazing as far as helping us transition through that. The business community said, ‘Look, this is what we need to do,’ and they’ve kind of pulled elected officials along sometimes. So we’ve been very fortunate with the chamber.”

Cupid called it a good thing.

“Everyone recognizes the value of having a strong business community,” Cupid said. “And them even just opening up this space almost helps to bridge those different groups together because we all are interested in the county moving forward and making sure we have a robust economy. I give them a lot of credit and I think it’s very fortunate for the delegation leaders to know that there are those of both parties willing to physically be at the table, and I hope that will be reflected in how they’re able to address policy.”

ASHAMED OF WHOM? By now, everyone has heard President Donald Trump’s latest attack on conservative Georgia Gov. Brian Kemp, who the president doesn’t believe has done enough in helping him overturn his loss of Georgia to Joe Biden. Trump told Fox News over the weekend that “the governor’s done nothing. ... He’s done absolutely nothing. I’m ashamed that I endorsed him.”

Calling him the “hapless Governor of Georgia” on Twitter Monday, Trump continued his assault of Kemp, who has been a strong ally of his.

State Rep. Bert Reeves, R-Kennesaw, Kemp’s floor leader, said there are many allegations and accusations going around right now, but the reality is Georgia law does not give the governor the power to intervene into elections.

“The secretary of state is a constitutional officer and he is the chief of elections in Georgia,” Reeves said. “His powers are not shared with other constitutional officers. Gov. Kemp has expressed his concerns about the newly found ballots during the audit, saying that this was ‘unacceptable.’ Has asked the secretary of state to audit the signature ballots and do everything in his power to investigate all irregularities.”

Reeves said Kemp has also demanded a complete explanation for all discrepancies before the January runoff to restore confidence in Georgia’s elections.

“I support Gov. Kemp and I look forward to the 2021 legislative session so that we can legislatively mandate a better and more secure elections process so we never experience this again. I know this will be a top priority for the entire General Assembly.”

THE SENATE RACES: Ronna Romney McDaniel, chair of the Republican National Committee, spoke to the Cobb GOP at its headquarters Saturday, urging the party faithful to help U.S. Sens. Kelly Loeffler and David Perdue win the runoff against Democrats Jon Ossoff and the Rev. Raphael Warnock.

“Between now and Jan. 5 it’s going to be up to all of you,” she said, noting she herself loves knocking on doors.

“But this is your time to be bold. This is our country. It is worth every conversation. It is worth talking to your friends, your family, your coworkers, the people you go to church with. If you have wronged someone, make it right. And then talk about politics.”

That’s the kind of election this one is, she said.

“You’ve got to go out and talk about what’s at stake because people don’t understand. They see a cute ad of a puppy licking a nice-looking man and they think, ‘Oh, I’m going to vote for him.’ No, we’re not going to vote for him because he’s going to stack the Supreme Court and change the country we love. We will not recognize our country if these two individuals get in the Senate.”

So get to work, she encouraged.

An audience member sounded skeptical, asking why money should be given and effort devoted “when it’s already decided.”

“It’s not decided,” McDaniel answered. “First of all, David Perdue still has a 100,000-vote lead over Jon Ossoff. So if you lose faith, if you don’t vote, people walk away, that will decide it.”

She said President Trump was thankful for their efforts.

“Did you hear he’s coming to Georgia? We’re going to be here often but you guys are leading the way.”