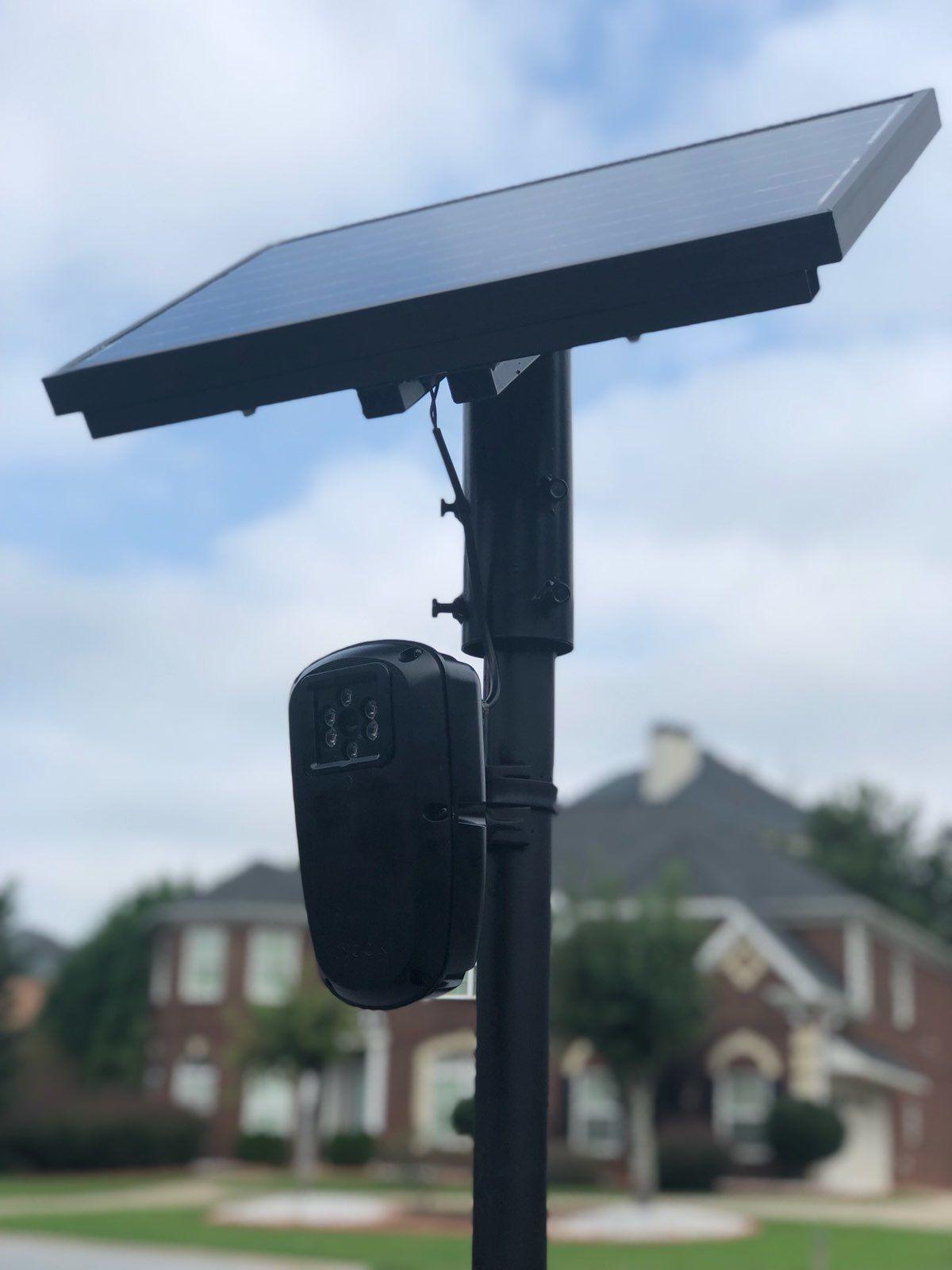 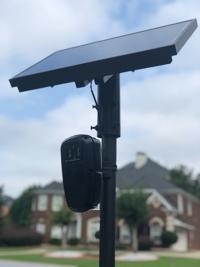 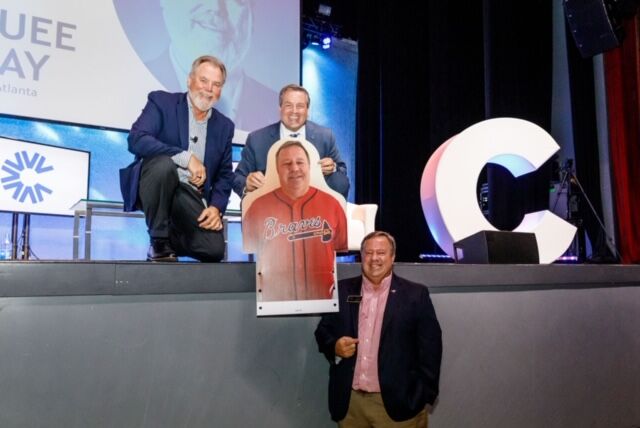 So how closely are you being watched as you meander the streets of Cobb County? Pretty darn close.

What with surveillance cameras in stores and parking lots, CCTV cameras everywhere, license plate readers and stop-light cameras, realize that someone somewhere is keeping tabs.

At home Alexa eavesdrops on your conversation. When you leave home, your vehicle is tracked by cameras. When you arrive at your destination, chances are you’re being videoed as you leave your car and after you enter a place of business. Add the GPS on your phone, Google searches, Facebook algorithms and lurking spyware and all those databases pretty much know where you go, what you like and who you are.

Never before has so much information been collected on you by so many.

While some raise a wary eyebrow over this Big Brother surveillance, safety is among technology’s benefits.

Case in point: In August, the MDJ reported on the arrest of two suspected gang members. The bad guys hailed from south central Los Angeles and were transporting methamphetamine in a car with stolen plates through the streets of Marietta. It’s likely the duo might have passed through town unnoticed, but when driving through a busy intersection in the city, a license plate reader scanned the plate, recognized it as stolen and sent an alert to police. Police caught up with the criminals (one had recently served time in prison for manslaughter) and put the lawbreakers behind bars.

Around Town polled local law enforcement and found there’s more than 123 license plate-reading cameras spread throughout the community — 71 in unincorporated Cobb, 39 in Marietta, 10 in Acworth, three in Kennesaw. Powder Springs doesn’t employ LPR technology. Smyrna would not divulge the information without charge.

So are they effective in fighting crime? Here are reports from community police departments:

Marietta: Thirty-nine LPRs scattered around the city triggered 207 alerts in the past 30 days. Beyond the incident described above, LPRs have allowed police to recover stolen vehicles, nab two Florida fugitives wanted on attempted murder charges, confiscate drugs, cash and weapons. In one case, the Marietta police reported: “Based on interviews and phone messages, the investigation determined the suspects were in Marietta to commit armed robberies with the stolen gun they possessed.”

Kennesaw: The police department’s three LPRs yielded 48 alerts since Jan. 1, leading to one arrest for possession of a stolen vehicle.

Acworth: The department monitors 10 stationary cameras and three police vehicles equipped with LPRs. That technology prompted 951 alerts this month and 4,169 since Jan. 1. Acworth police made 32 arrests that originated with an LPR alert.

And it’s not just police who deploy this eye-in-the-sky surveillance. Community Improvement Districts or CIDs have installed the safety protection devices. So have some private neighborhoods, according to Flock Safety, the company providing readers to the county, Marietta, Kennesaw, Smyrna and Acworth.

LPRs run on solar power and operate 24 hours a day. They work by “reading” each license plate as it travels through an intersection. If the plate is linked to a stolen vehicle or connected to someone with a warrant, the technology alerts local law enforcement. According to Flock, the cameras are solving more than two crimes per day across the U.S.

So be aware as you’re driving around Cobb, that you’re being watched. Good guys need not worry. Bad guys will pay the price.

COSTLY INFORMATION: When researching the above item, Around Town filed the same Open Records Requests seeking information on LPRs with Cobb County and each of Cobb’s six municipalities and found it interesting how each responded. Let’s just say some are more forthcoming than others.

Marietta, Kennesaw, Acworth and Cobb County met ORR law by responding within “three (3) business days of your receipt of this request.” After several gentle nudges, Powder Springs responded by stating they do not use LPR technology. Austell reports they’re still working on it. Smyrna, however, was another case. The department was swift in its reply, but answered AT’s Open Record questions with a query of its own:

“I have received your Open Records Request. Before processing, I need your approval for payment. Our fee starts at $21.40 per hour ... Once I receive approval for payment, I will process your request,” wrote the department’s open records coordinator Vernell Scott.

AT went back and asked for a price estimate and received this reply: “ ... it could possibly cost between $100-$250. It could be lower or higher depending on the amount of time and documentation that is involved.”

Verbiage in our OR requests included: “We request that you waive copying fees. Should your estimate of those fees exceed $10, please advise us of the costs before they are incurred. However, we also seek a waiver of any and all possible charges because the disclosure of the requested information is in the public interest and will contribute significantly to the public’s understanding.”

While other responders considered providing information about catching criminals in our community in “the public interest,” Smyrna PD did not.

Shortly after receiving that response, the MDJ received a press release from the city of Smyrna, which was hoping the newspaper would disseminate the information for free. Doesn’t sound much like a quid pro quo, does it?

BREW HA-HA: Many eyes are directed to the west side of Marietta Square, keeping tabs on progress of the Red Hare Brewing Company’s soon-to-open location.

The former location of Hemingway’s Bar and Grill that opened 27 years ago is currently masked with brown paper hanging from the windows. The MDJ reached out to Red Hare owner Roger Davis to get the latest. In response, Davis said to check back late next week when he’ll likely be ready to announce an opening date.

Red Hare, a microbrewery established in 2011, already has a taproom on Delk Industrial Boulevard in Marietta and a second location in Shallotte, North Carolina.

“It’ll be more of a retail, restaurant (and) event space to showcase our products,” Davis said in an August MDJ article.

The property is owned by Suhas Uppalapati of Duke Properties and is being leased by Red Hare.

WHERE’S OTT? During the Cobb Chamber of Commerce’s Marquee Monday luncheon this week, Chairman John Loud interviewed Mike Plant, president & CEO of the Braves Development Company. Loud asked him what the Braves were doing to make it enjoyable for fans who couldn’t come to the games.

Then the chamber chair pulled out a cutout of Commissioner Bob Ott. With the coronavirus preventing attendance at games, the Braves have filled some empty seats of Truist Park with two-dimensional representational cutouts of fans. With the Ott placard removed, Loud told the audience that a lucky person would get Ott’s coveted spot in the front row behind home plate.

“Because of where mine is, a whole bunch of ours were taken down during a day game because of glare from the sun,” Ott said of his Truist Park doppelganger.

“One day (Commissioner JoAnn Birrell) texts me ‘Hey, you’re gone from your seat.’ And then the next day she said, ‘Oh, your back.’”

Loud returned the cutout to Plant after the Chamber event so fans will continue to see Ott’s likeness behind home plate for the time being. We’re all looking forward to the day when it’s replaced with a real, live, in-person Bob Ott.

As a side note, inquiring minds want to know how Ott scored the prime spot on camera behind home plate. Is it proof that there are a few perks to having the ballpark in your commission district?