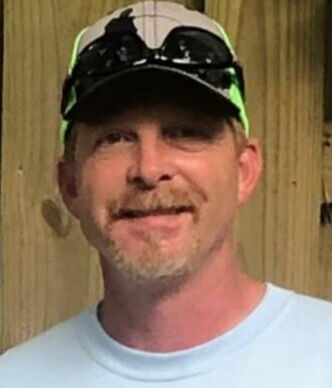 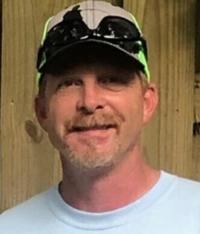 Stephen (Steve) Dwight Ray, 49, left this world to be greeted by his eternal savior, Jesus. Reunited with his mother, Martha Mabry-Ray, grandparents and other loved ones. Steve is the 2nd of 3 children born to Martha Mabry-Ray & Leonard Dwight Ray on April 19, 1971. Steve was preceded in death by his mother, Martha. He is survived by his father, Leonard Dwight Ray, his wife, Christy Ann Ray, his son, Cody Dwight Ray, daughter, Sarah Melinda Ray, sisters, Tammy Ray-Massey, Tina Ray-Blumberg, brother-in-law, Andrew David Blumberg, father-in-law, Harmon Manuel Armstrong, nieces Rebecca Lynn Bready, Linda Haley Blumberg and a multitude of cousins aunts and uncles. Steve was a very successful business owner starting his own heating & air business - S.D.R. Heating & Air in 1999. His clients adored him and most oftentimes considered him as part of their family. Steve was an avid hunter and loved everything outdoors from camping, to fishing to four wheeling to his latest tinker toy - a fixer upper go kart for all the kids in the neighborhood. He loved spending time with his family. Friday nights were firepit night with the neighbors and Saturday was almost always some sort of adventure day - camping, riding 4-wheelers, tubing, etc. Steve never met a stranger and would give the shirt off his back to anyone who needed it. He will be greatly missed by so many. Fly high until we meet again. Visitation Wednesday, October 14th 5:00-9:00 at the Marietta Funeral Home 915 Piedmont Road, Marietta 30066. Funeral services to be held at Mt. Paran North Church 1700 Allgood Road, Marietta 30062. Online condolences may be expressed at www.mariettafuneralhome.org

To plant a tree in memory of Stephen Ray as a living tribute, please visit Tribute Store.
Support Local Journalism