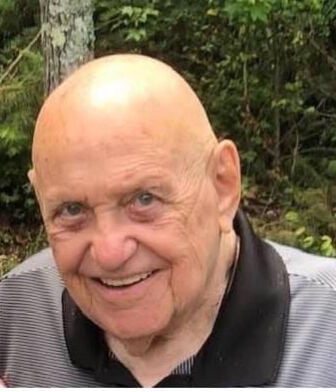 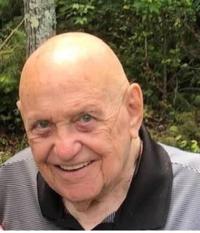 John Davis McCollum, Jr. (87) passed away peacefully on Tuesday June 8, 2021 at Tranquilty Hospice. Mr. McCollum was born April 24, 1934 and was a life-long resident of Marietta. So much of his life was centered around family, friends and the city he dearly loved. He was a lifetime member of First Baptist Church of Marietta. Johnny was a 1952 graduate of Marietta High School where he was a member of the first graduating class to have the ceremony at Northcutt Stadium. While at MHS he was active in several clubs and organizations; he especially enjoyed his time as a member of the Blue Devil football and track teams. After graduation, he attended the University of Georgia and played on the football team as a freshman. After his time at UGA ,he served honorably in the U S Army. Johnny married the love of his life Peggy on June 25, 1954. The former Peggy Dobbs preceded him in death. Johnny and Peggy enjoyed over 50 years of a happy marriage that was the joy of their lives. Johnny is survived by his three children: Angie McCollum Durham (Alan), Andy McCollum (Debbie) and Davis McCollum. He also leaves behind five grandchildren : Allison Durham Gurski , Stephanie Durham Polk, James Durham, Drew McCollum and Andrea McCollum. Also- six adored great grandchildren; one brother Bob McCollum (Beverly). What an incredible legacy. Mr. McCollum's arrangements are being handled by Mayes Ward-Dobbins Funeral Home at the Historic Marietta Chapel. The family will receive friends 6-8 PM Thursday at the funeral home. Graveside services will be held 11:00 AM Friday June 11, 2021 at Kennesaw Memorial Park in Marietta. In lieu of flowers, donations may be made to the Marietta Schools Foundation 144 Polk St NW, Marietta, GA 30064 or Wellstar Community Hospice. https://www.wellstar.org/community/foundation/ways-to-give/give-to-hospice