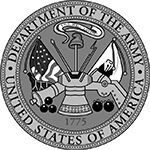 Quentin Hindrew of Smyrna, Georgia passed away in his home on November 15, 2020. He was one week shy of his 100th birthday. Born November 23, 1920 to the late Alfred and Gertrude Hindrew, Quentin was a native of New York and had been a resident of Georgia since 1989. He was the patriarch of the family, having been preceded in death by his younger sister, Dorothy ("Dottie") Hindrew, and wife, Gloria Hindrew. A World War II veteran, Quentin served in the U.S. Army. After his discharge, he held several professions, most notably as the manager of Lenox Lanes bowling alley in New York. He was an avid bowler and participated in several leagues at Bowlero, formerly Brunswick Azalea Lanes, in Austell, Georgia. At age 99, he was still bowling two days a week, up until the start of the recent pandemic. Quentin is survived by his daughter and son-in-law, Quentyna and Reginald Knight, whom he lived with for the past 14 years, and son and daughter-in-law, Rodney Hindrew and Vivian Hunter-Hindrew. He had four grandchildren, Kevin Smith of Ft. Lauderdale, Fl; Simone Adams of Burnsville, NC; Bret Adams of Smyrna, GA; and Jarrett Hindrew of Marietta, GA. He is also survived by nieces, a nephew, several great grandchildren, great nieces and nephews, great-great-nieces and nephews, and one great-great grandson. Additionally, he is remembered fondly by his bowling friends who have become his second family over the years. Carmichael Funeral Home in Smyrna, GA arranged a burial service at Georgia National Cemetery in Canton, GA.

To plant a tree in memory of Quentin Hindrew as a living tribute, please visit Tribute Store.
Support Local Journalism