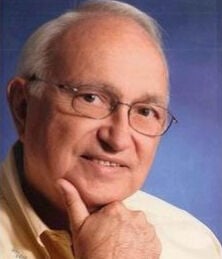 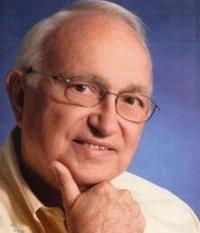 James Thomas Eubanks Jr., 80, of Marietta, died on January 9, 2021. Tom was born in Jasper on July 13, 1940 where he resided until moving to Smyrna in 1957. Graduating from Campbell High School, Tom attended the Georgia Institute of Technology majoring in Architectural Design. Early in his career Tom explored careers at Lockheed, Cleve Cail Associates, Cobb Board of Education Facilities, H.E Hodge Company, and Rhodes Furniture. Tom pursued his passion of architectural design by creating his own company, T. Designs, where he designed and renovated homes and businesses throughout the North Georgia area, including numerous homes in the gated community of Big Canoe. After marrying Barbara Floyd, a first-grade teacher in Cobb County, Tom and Barbara relocated to Pickens County. Tom renovated the Eubanks' family home known as The Cagle House, originally built by Tom's great grandfather in 1871. Under Tom's careful design, the Cagle House was restored and eventually placed on the National Registry of Historic Places in 2002. Not only did the Cagle House serve as a bed and breakfast for many years, but the restored home became a welcoming destination to travelers from the Friendship Force, a club fostering cultural connections between international countries. Tom and Barbara were involved in welcoming Friendship Force ambassadors into their home throughout the years, hosting more than 20 groups from 15 different countries. As a part of this international project, Tom and Barbara also had the unique and notable opportunity to serve as exchange directors for an architectural program with St. Petersburg, Russia with the Chief Architect of the Hermitage serving as their host. As an active member of his community, Tom served as president of Optimist Clubs in both Smyrna and Jasper and later as Georgia Governor of Optimist International. He also served as co-chair of Georgia Marble Festival, a member of Rotary, and a volunteer for Good Samaritan's Health and Wellness Center. Always willing to lend a hand in civic responsibilities, Tom was a founding member of Marble Valley Friends. His efforts within this group were instrumental in securing National Village status for Tate, Georgia as well as securing the rights to the Tate Depot and Tate School Gym for the community. To continue his and Barbara's legacy of community service, Tom's estate will establish a scholarship program for beginning teachers in the name of his devoted wife, Barbara Jean Floyd Eubanks. Tom was preceded in death by his parents J.T. and Louise Cagle Eubanks and his wife Barbara Floyd Eubanks. One of six children, Tom is survived by sisters Theresa (Grady) Ireland- Marietta, Sharyn (Ron) Bernecky- Smyrna, Betty (Melvin) McGill- Rome, and brothers Mark (Sue) Eubanks- Rome, and Ron (Brenda) Eubanks- Marietta, as well as numerous nieces, nephews, and cousins. In lieu of flowers, a donation may be made to the Cool Springs Cemetery Fund. A graveside service will be held at Cool Springs Baptist Church in Tate January 15, 2021 at 2 p.m.