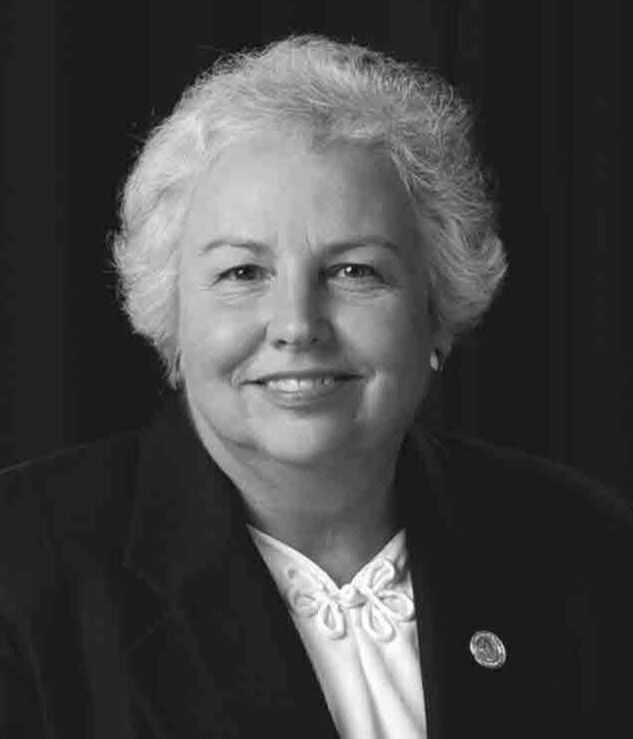 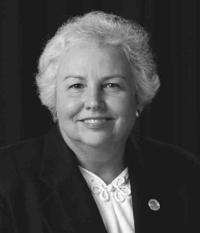 To plant a tree in memory of Dorothy Bishop as a living tribute, please visit Tribute Store.

Dorothy H. Bishop, former Cobb County Attorney passed away at home with her family by her side after a heroic battle with liver cancer on August 8, 2020. Dorothy (Dotty) Elizabeth Hemmer Bishop was born on May 22, 1937 in Nashville, Tennessee to John Lee Hemmer, Sr. and Dorothy Doris Hill Hemmer. The eldest of three, Dotty grew up in Oak Ridge, TN during the era of the Manhattan Project, where she fondly spoke of the freedom she enjoyed living in the walled community. Her family moved to Cobb County in 1951 where Dotty attended Osborne High School, was a member of the Beta Club and graduated as the Salutatorian in 1954. A leader and a scholar, Dotty was the first female recipient of the Lockheed Leadership Fund scholarship. Dotty chose to attend Oberlin College in Ohio, which she admired as the first college to admit women. The extreme cold temperatures and longing to return home encouraged Dotty to transfer to Emory University where she graduated with a Bachelor of Business Administration in 1958. Upon graduating college, Dotty eagerly accepted a position in the training department at Lockheed where she enjoyed working for several years until starting a family of her own. Dotty married her high school sweetheart, E. Neil Bishop on September 7, 1957 and was a devoted mother to Beth and Ben who brought her great joy. While her children were young, Dotty worked from home supporting her husband with his commercial contracting company from 1968 until 1982. Once Beth and Ben were off to college, Dotty decided to continue her education also and returned to Emory University in 1982 to pursue a degree in law. Dotty graduated in 1985 with a Doctor of Law with Distinction. Dotty worked with the law firm of Griffin, Cochrane and Marshall for two years before starting her private practice in 1987 and counseled with Bentley and Bentley in Marietta. In 1993, Dotty was named Cobb County Attorney, becoming the fifth woman to head a department in the county government and receiving four more votes from the county commission than any other lawyer. Dotty was one of the longest serving county attorneys in the state of Georgia, spanning 19 years until her retirement in 2012. During her tenure, Dotty argued before the U.S. Supreme Court and received the highest ratings in Martindale-Hubbell for her strong legal ability and high ethical standards. Dotty was highly revered by her colleagues who honored her with the Golden Goose Award and referred to her as the Dean of Metro County Government Attorneys. Dotty was a member of New Hope United Methodist Church and holder of various lay offices since 1962, where she served as Sunday School Teacher, Director of Vacation Bible School, Financial Secretary, Treasurer and Choir Member. She was a lifetime member of the YWCA of Northwest Georgia, where she served as the first Vice President, later as President and on the Board of Directors for many years. Although Dotty accomplished great success and attained several accolades throughout her life, her greatest achievement was her family whom she delighted in every moment. Every minute she was there for them, supporting them, encouraging them and applauding them in every aspect. She loved cooking family dinners each Sunday after church, hosting epic holiday gatherings together and celebrating each milestone with her family. Dotty enjoyed traveling the world with her children and grandchildren but equally appreciated driving in the North Georgia Mountains, camping at the Etowah River, visiting the local state parks and supporting the local arts. Dotty's passion for travel began in high school when she and her fellow classmates sold Krispy Kreme doughnuts to finance their senior trip to Washington D.C. and New York City. She spent summer trips with her children in Jekyll Island and snow-skiing in the Rocky Mountains each winter. That passion carried on with her grandchildren as she treated them to trips of a lifetime, from the Georgia Coast to the Mediterranean. She relished in each adventure and excitedly looked forward to the next. May Dotty's zest for life, love for family and adventurous spirit remain with us each day and forevermore. Rest in peace Nana! We love you! Dotty is survived by her husband E. Neil Bishop; daughter Dr. Elizabeth Bishop McGee (Stephen Williams); son Benjamin N. (Ben) Bishop (Dana); grandchildren Dr. Matthew McGee (Amanda), Catie Bishop, Laura McGee Pitts (Kevin), Mary Margaret Bishop Posey (Eric) and Sara Grace Bishop; great-grandchildren Harper Posey, Bowen Posey and Molly McGee; sister Virginia (Jennie) Hemmer Cunningham (Richard); brother Dr. John Lee Hemmer, Jr. (Jane); sister-in-law Sue Bishop Davis; and many nieces and nephews. Dotty was preceded in death by her parents, John Lee Sr. and Dorothy Hill Hemmer. An intimate graveside service was held on Monday, August 10th at New Hope United Methodist Church in Marietta with Rev. Joseph Dobrowolski and Rev. Andrew Cunningham (nephew) officiating, complimented with music by Michael Anderson. Donations may be made to the New Hope Cemetery Fund, P.O. Box 2135, Marietta, GA 30061 in Dotty's memory. The family will host a celebration of her life at a later date.

To plant a tree in memory of Dorothy Bishop as a living tribute, please visit Tribute Store.
Support Local Journalism