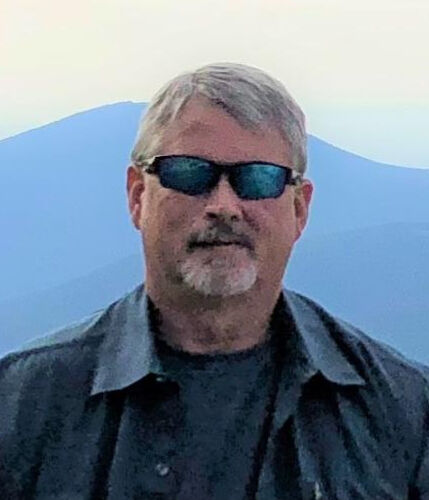 Richard Dana Andrews, age 59, of Dallas passed away suddenly on Tuesday, September 7, 2021. Rich was born in Marietta Georgia to the late Dorothy and William "Dorsey" Andrews. He also was preceded in death by his beloved son, Adam Sterling Andrews. Rich served in the United States Army and spent five years in Iraq as International Police Trainer (Firearms Instructor and Deputy Director) at Victory Base Complex in Baghdad. In addition to 13 years as a deputy with Cobb County GA Sheriff's Dept, he served the last decade with the Bremen and Buchanan Police Departments as the Lt Training Officer. He had extensive specialized training with POST and was a Master Instructor for the International Association of Law Enforcement Firearms Instructors. He is survived by his loving wife of 40 years, Tina Elizabeth Wagoner Andrews, his son, William Scott "Taison" Andrews and wife, Bailey, his daughter Kathryn Elizabeth Andrews, two grand-daughters Sway and Aria Andrews and adopted daughter, Samantha Montgomery. Rich accepted Christ as Lord and Saviour at an early age and spent many years as a youth minister and soccer coach. He and his wonderful hugs will be sorely missed by those who knew and loved him. Due to COVID constraints the family will not be having a viewing, visitation or formal ceremony. Instead we will hold a private memorial service at a later time just for the immediate family. Thank you for your thoughts and prayers.

To plant a tree in memory of Richard Andrews as a living tribute, please visit Tribute Store.
Support Local Journalism