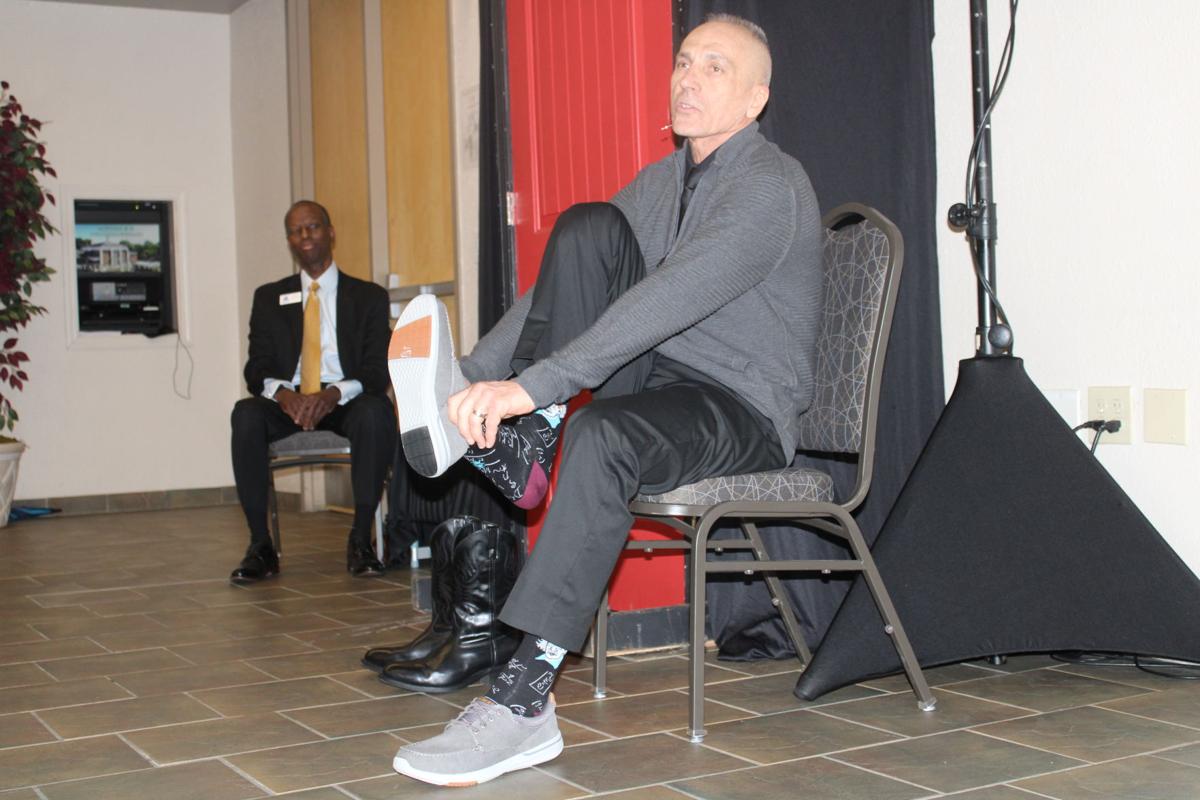 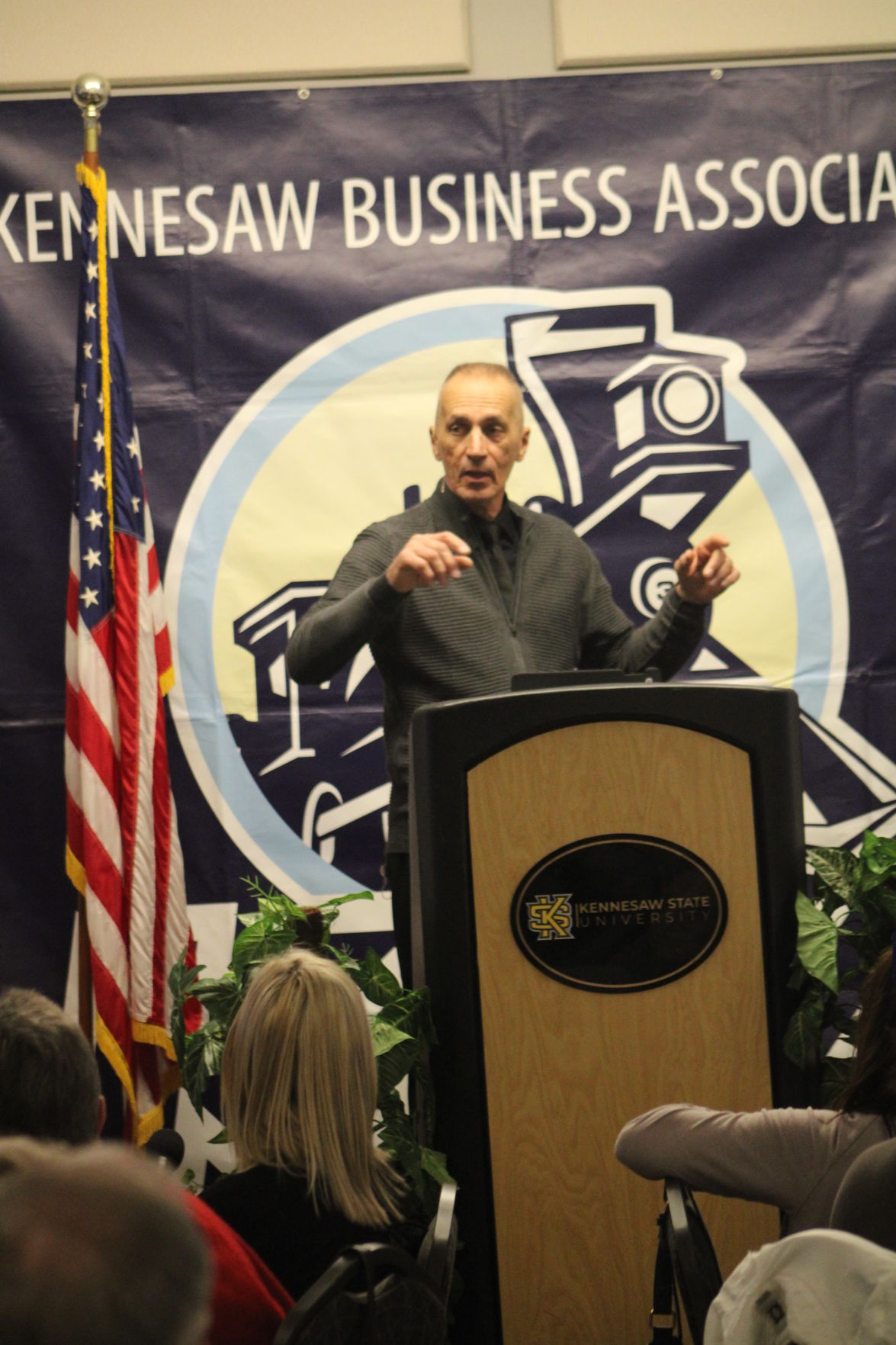 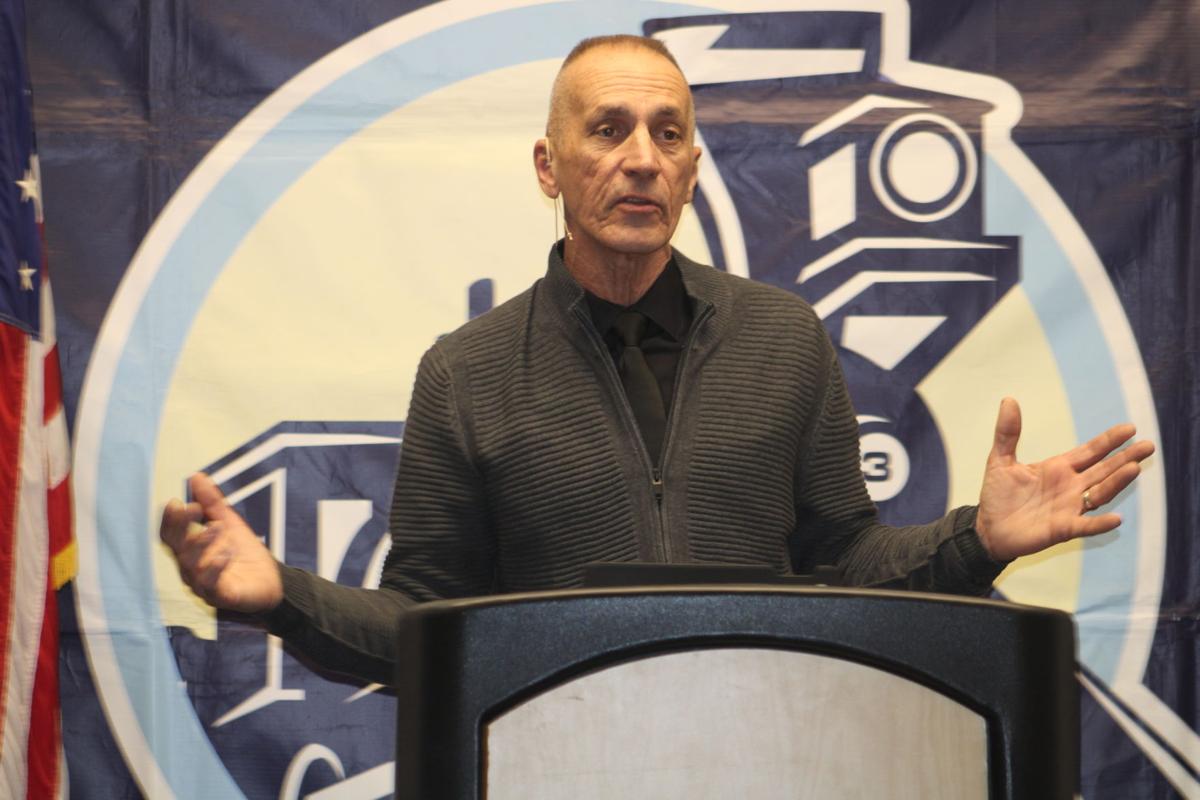 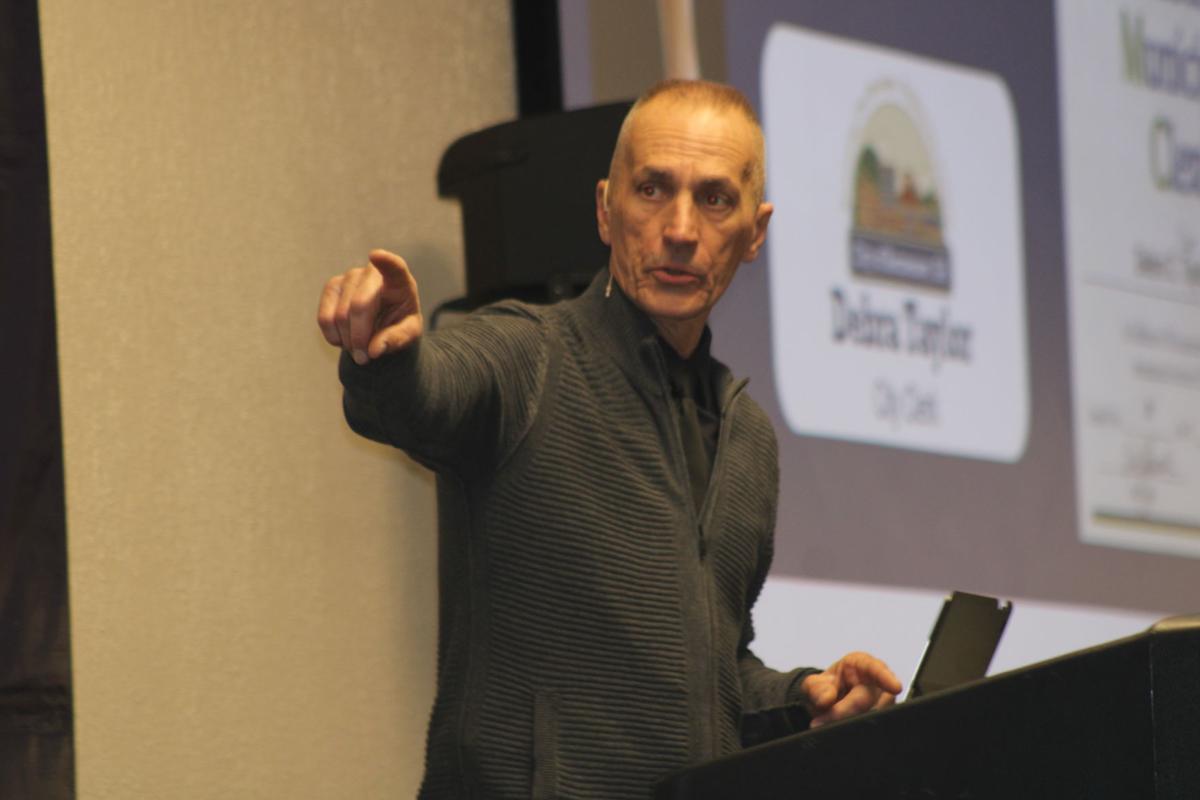 It’s a beautiful day in Kennesaw.

That was the message from Mayor Derek Easterling Tuesday afternoon as he channeled the spirit of beloved TV personality Fred Rogers during his annual state of the city address.

Easterling took the podium at the Kennesaw State University’s Continuing Education Center to the iconic “Mister Rogers’ Neighborhood” theme song, and like Rogers, donned a sweater and some comfy shoes before starting the show.

Easterling gave his remarks at the Kennesaw Business Association’s monthly meeting. He opened by praising city staff, going down a list of departments and listing their major accomplishments over the last year.

“The city of Kennesaw embodies a positive vibe or an energy in their common-sense approach to business, economic development, customer service planning and zoning and all the services that we offer,” he said. “At the heart of the city of Kennesaw’s circle of influence are your businesses and the people who operate them and the citizens we serve in the community. The city has worked diligently to become more self-aware of their needs and responding to these needs.”

All told, there is over $540 million in private capital investment currently underway in Kennesaw, Easterling said.

January also marks the start of Easterling’s second term in office. He was re-elected last year after running unopposed and used a portion of his speech to look back on his first four years in office.

Easterling said during that time, the city added more than 4,000 jobs, over a million square feet of commercial retail space, over 100 new brick and mortar businesses, two new downtown entertainment districts and 20 miles of road improvements.

The mayor also said the city had collected half a million dollars in back taxes and built the tax base from $974 million in 2016 to $1.23 billion.

“Georgia was founded with a commitment of opportunity with an inspiring vision, and nowhere is that vision more visible than in Kennesaw,” he said. “When people are successful with employment, they have access to educational opportunities and their families are safe and stable, they’re more likely to reach their full potential. We have it all.”

“I got much more than what I expected as far as the community development, as far as the new parks, the jobs in Kennesaw, just everything that was offered … just the whole community involvement that the mayor was involved in and the city, it was phenomenal. I’m excited about what Kennesaw is doing and the growth of Kennesaw,” she said.

“It was so great to hear what is going on in the city and see some of the development, but really understanding the scope of it was amazing. I moved to Kennesaw many years ago, about 20 years ago, and it’s gone from a small town to just booming. And you look around to Woodstock, all the other communities, I think Kennesaw is really doing it right.”