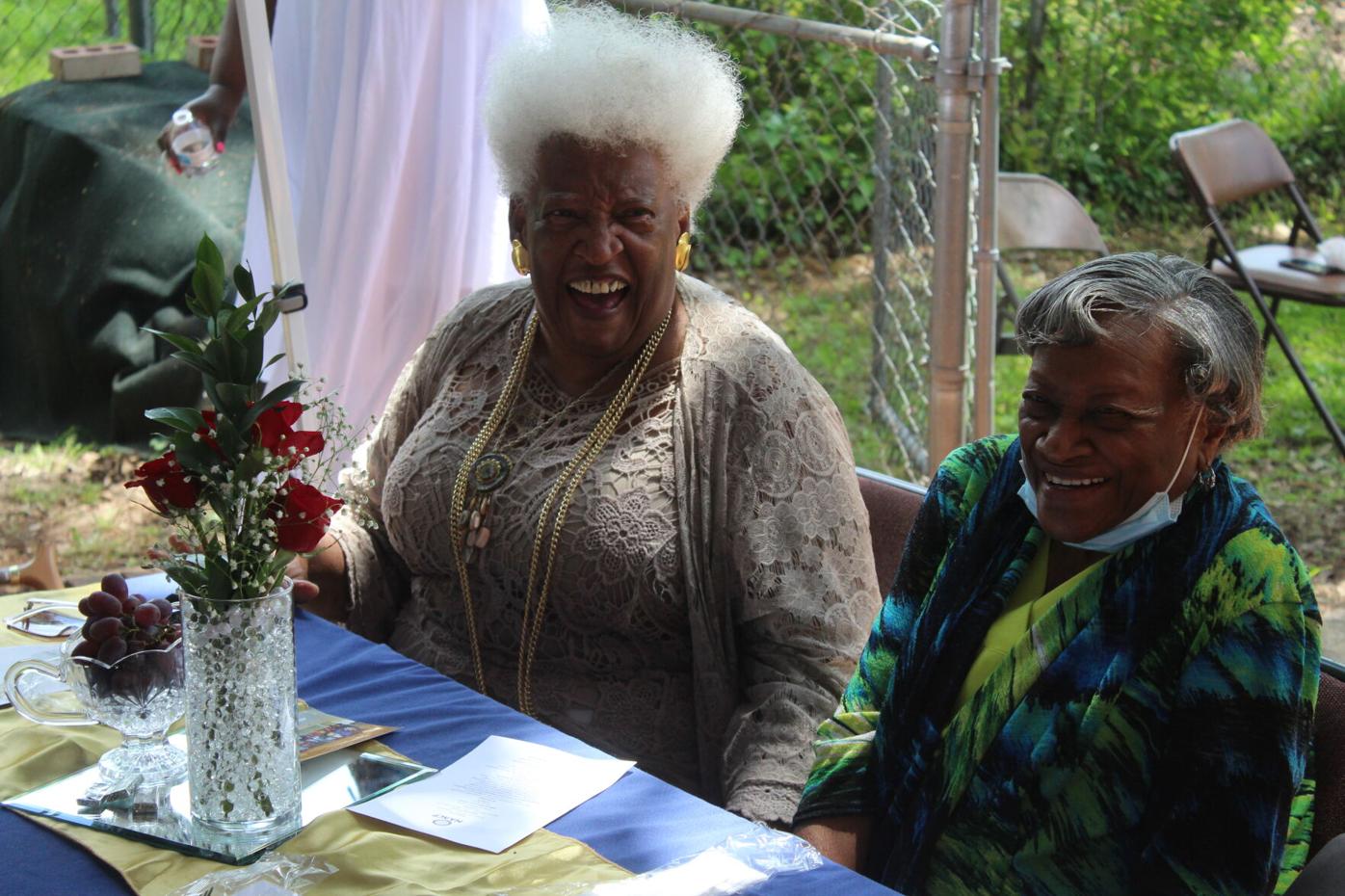 Marie Emerson, left, and Ruth Eppinger laugh during a game of "two truths and a lie" Saturday. 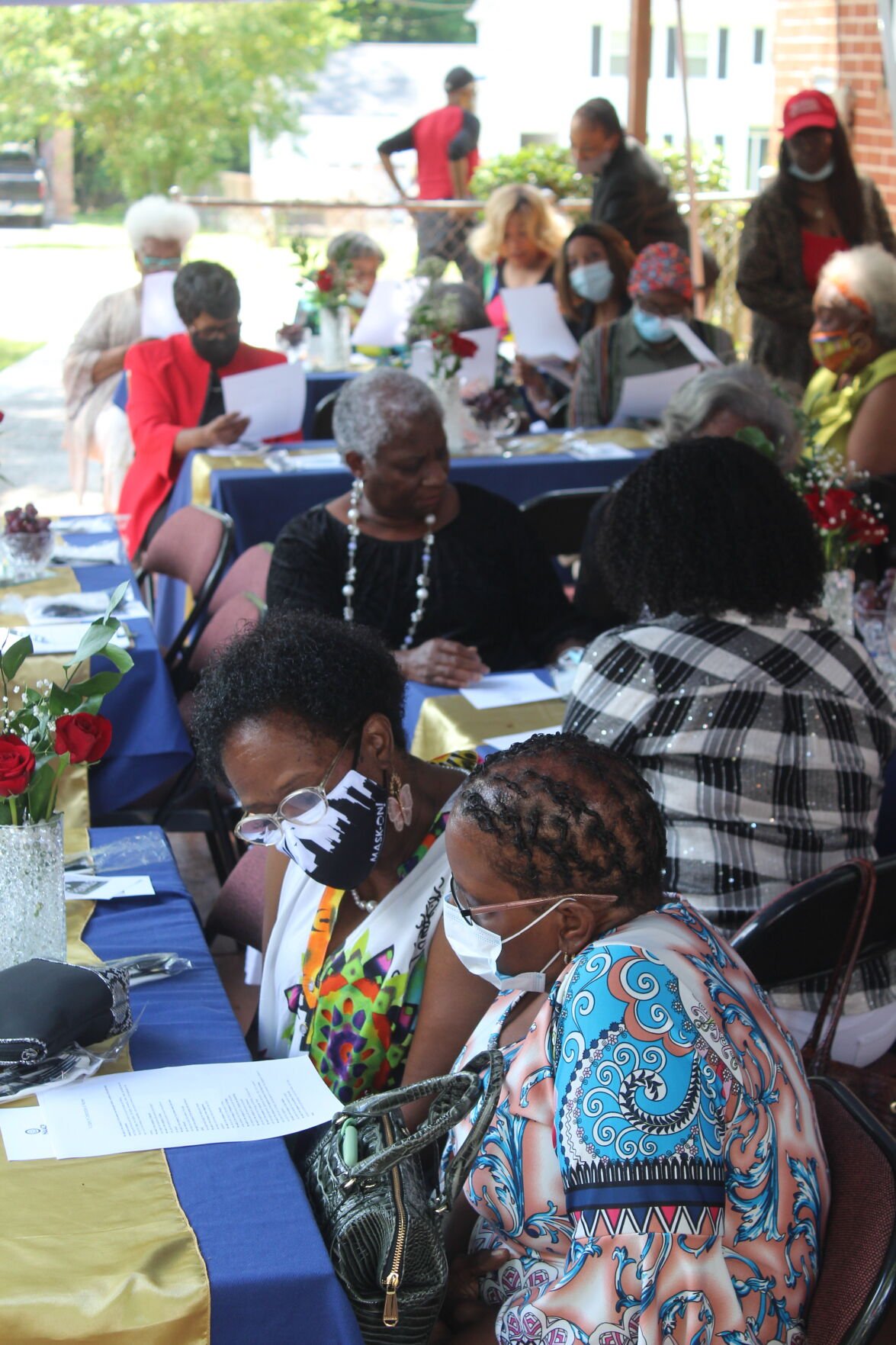 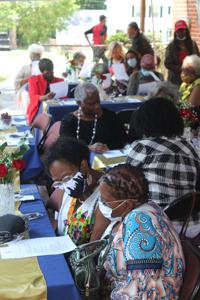 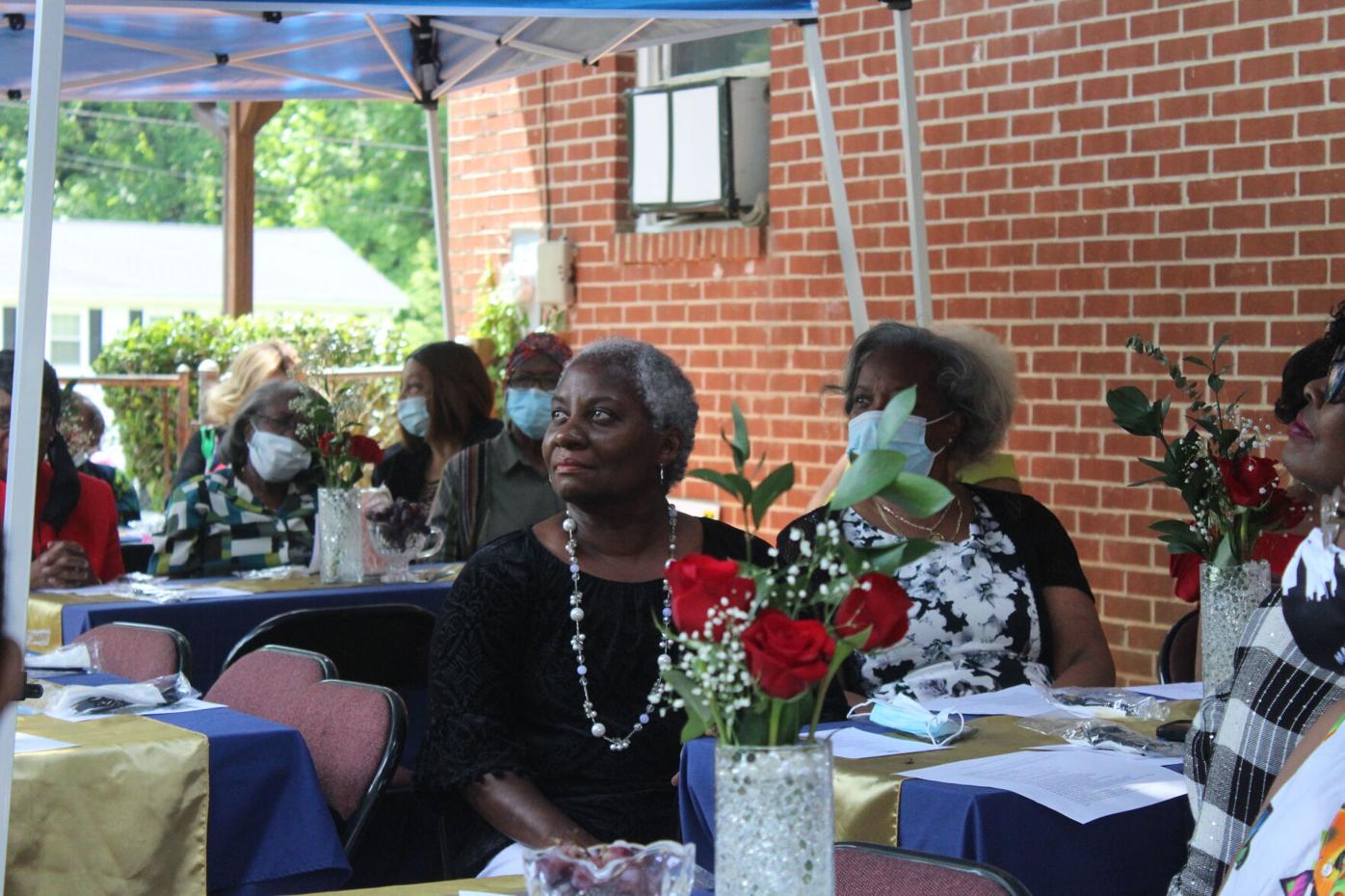 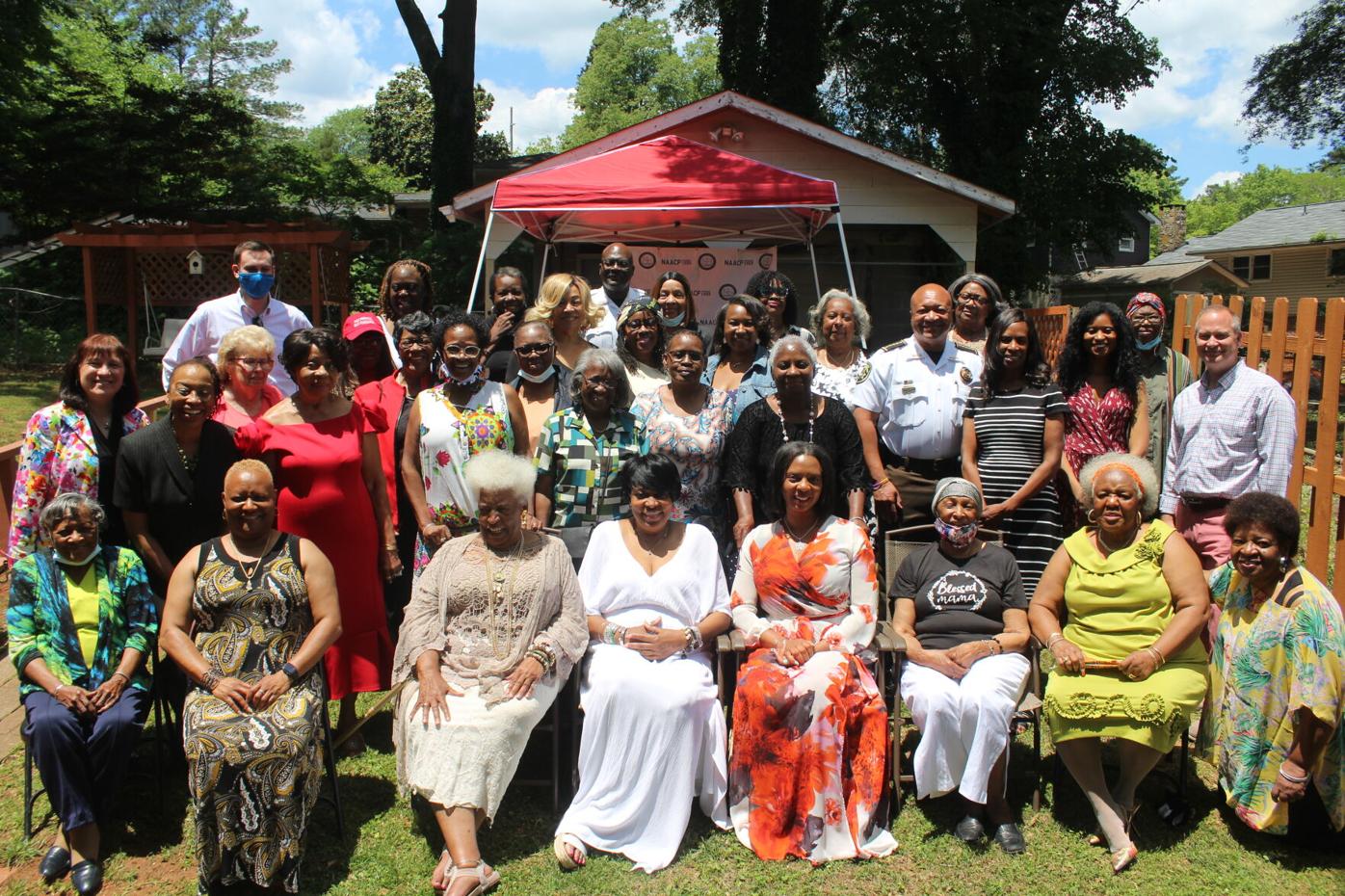 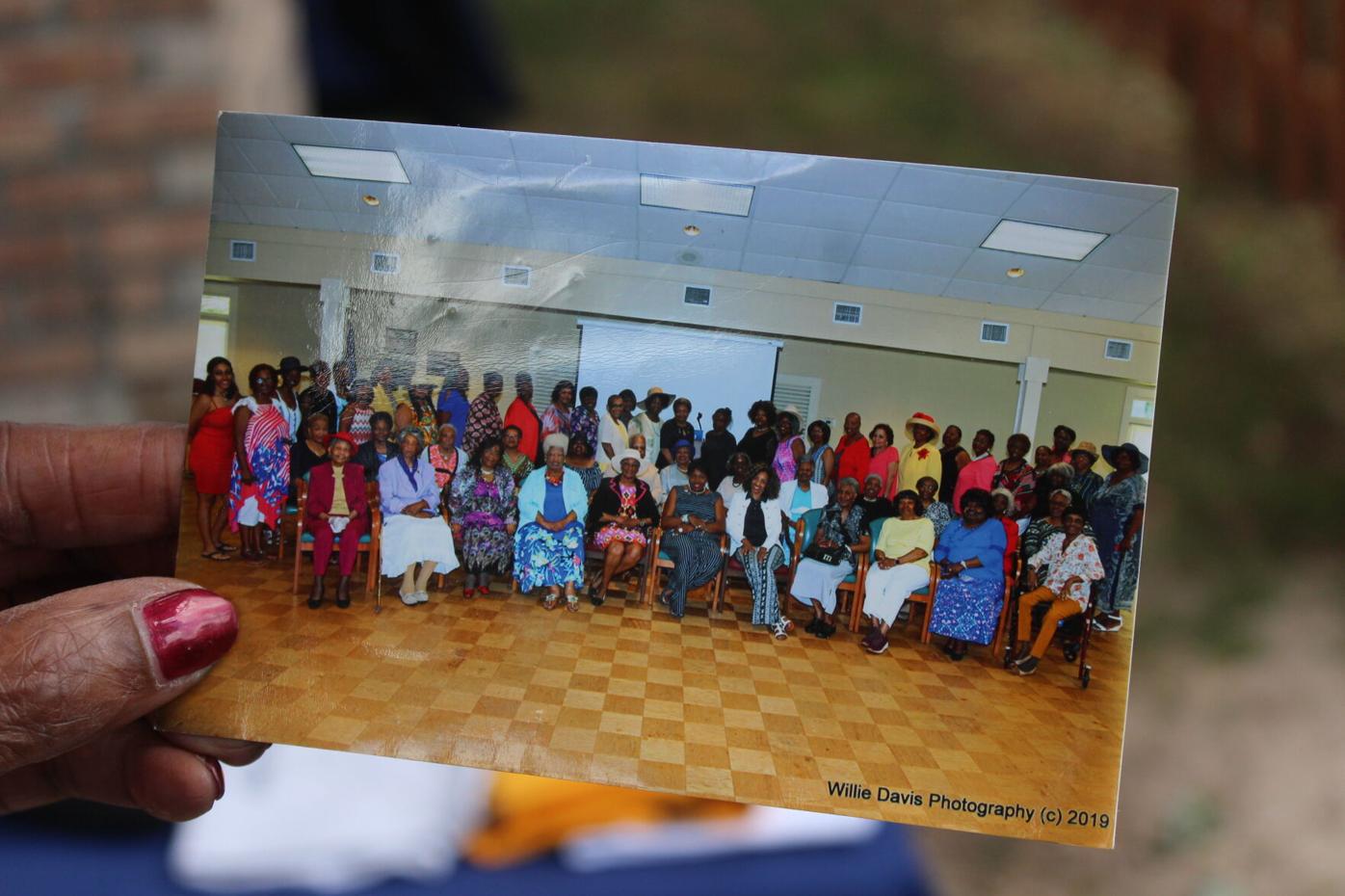 Marie Emerson, left, and Ruth Eppinger laugh during a game of "two truths and a lie" Saturday.

MARIETTA — As a group of women laughed over a game of “two truths and a lie” in the shade of her home near Lockheed Elementary School, former Cobb NAACP President Deane Bonner explained why she had started her annual mothers appreciation luncheon almost 20 years ago.

“Just that fellowship of us sitting down together that first time showed the need,” Bonner said. “Being the president of the NAACP should have meant more than just advocacy. There needed to be a level of release, and this is how most of these ladies felt like they could do it.”

Founded in 2004, the 2020 luncheon was canceled due to the coronavirus. The first luncheon was held in the Cobb NAACP’s office, but it soon outgrew that location. In 2019, 86 women gathered for the event at the East Cobb Senior Center, now known as the Tim Lee Senior Center.

Saturday’s event was a more subdued affair. Almost half of the roughly two-dozen women who came wore masks when they sat down at their tables beside Bonner’s home. The gathering began with a prayer led by Rosa Marie Emerson.

Their appearance impressed some of the first-timers.

JoyEllen Williams, special collections curator at Kennesaw State University, said she regularly checks in on those who have donated to the university’s collection of historic documents, as Bonner has. When Williams emailed Bonner recently, Bonner invited her to the luncheon, her first.

“I’m so glad to be here and to be in the company of such incredible Black women,” she said. “Some of their names I’ve heard of on ballots and in other areas, so being able to meet them is very inspiring.”

The women broke the ice with “two truths and a lie,” a game in which participants share three fun facts about themselves, one of which is false. The others have to guess which is the lie.

Jeriene Bonner-Grimes, Bonner’s daughter and the current president of the Cobb NAACP, led the game, exhorting participants to make it “spicy.”

Most offered a mix of facts about the number of children and grandchildren they had raised, foreign countries visited or lived in and interesting jobs they’d once had.

Some took Bonner-Grimes’ directive to heart. One woman concocted a story of her past life as a belly dancer.

“My untruth is: no, I’m not a belly dancer,” she admitted. “But I could have been,” she added, indignantly. The crowd roared with laughter.

Later, as the women ate, elected officials took a couple minutes each to share their vision for the offices they hold and committed to serving county residents transparently, honestly and equitably. Some noted they were the first African American or African American woman in Cobb history to have been elected to their position.

After gathering for a group picture, one of the attendees, Alfreda Coleman Hill, said she had been involved with the local NAACP years ago. But Saturday’s luncheon was her first.

“Sometimes, ladies do a lot of work … but we sometimes get pushed in the back,” Hill said. “I can see — being here for 72 years — I can see that there’s a change. I think (Bonner) made a comment, ‘women are on the rise.’ Women are definitely on the rise.”

The fight within the Southern Baptist Convention: Will an ultra-conservative faction 'take the ship'?

Teen absconds from Northumberland County Children and Youth, another from foster home