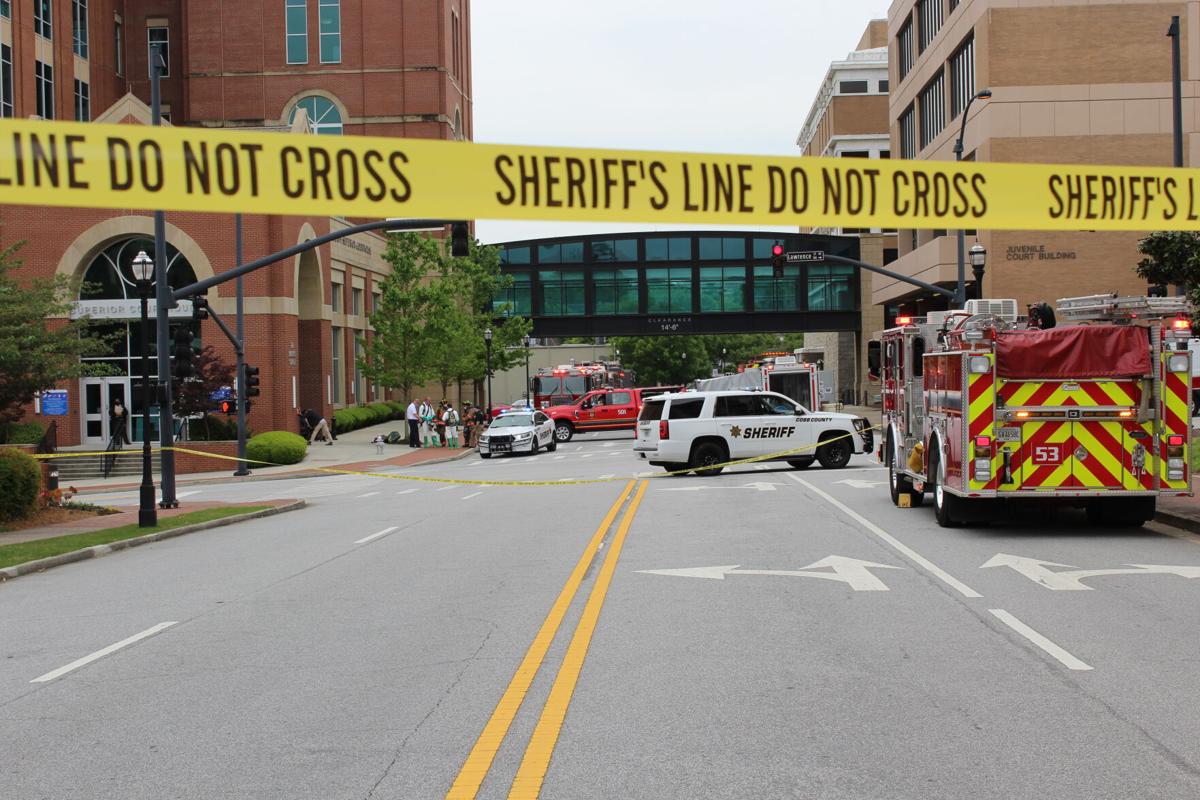 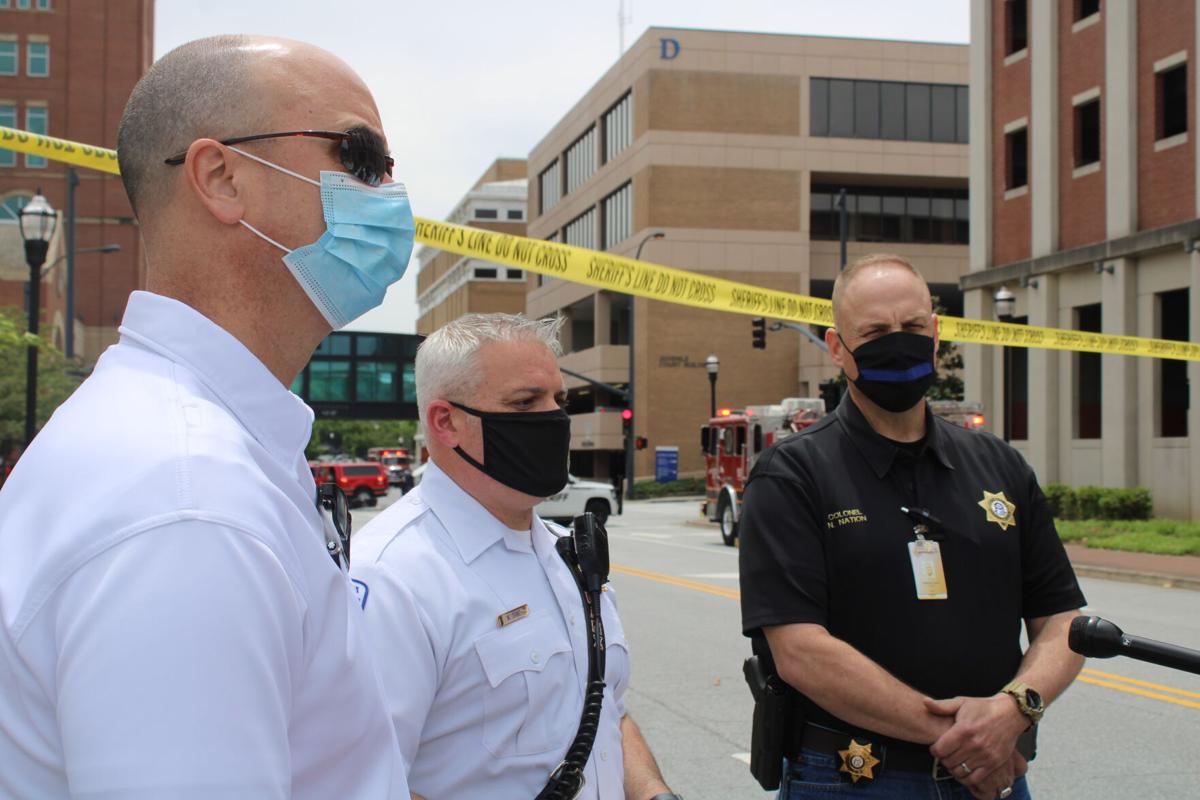 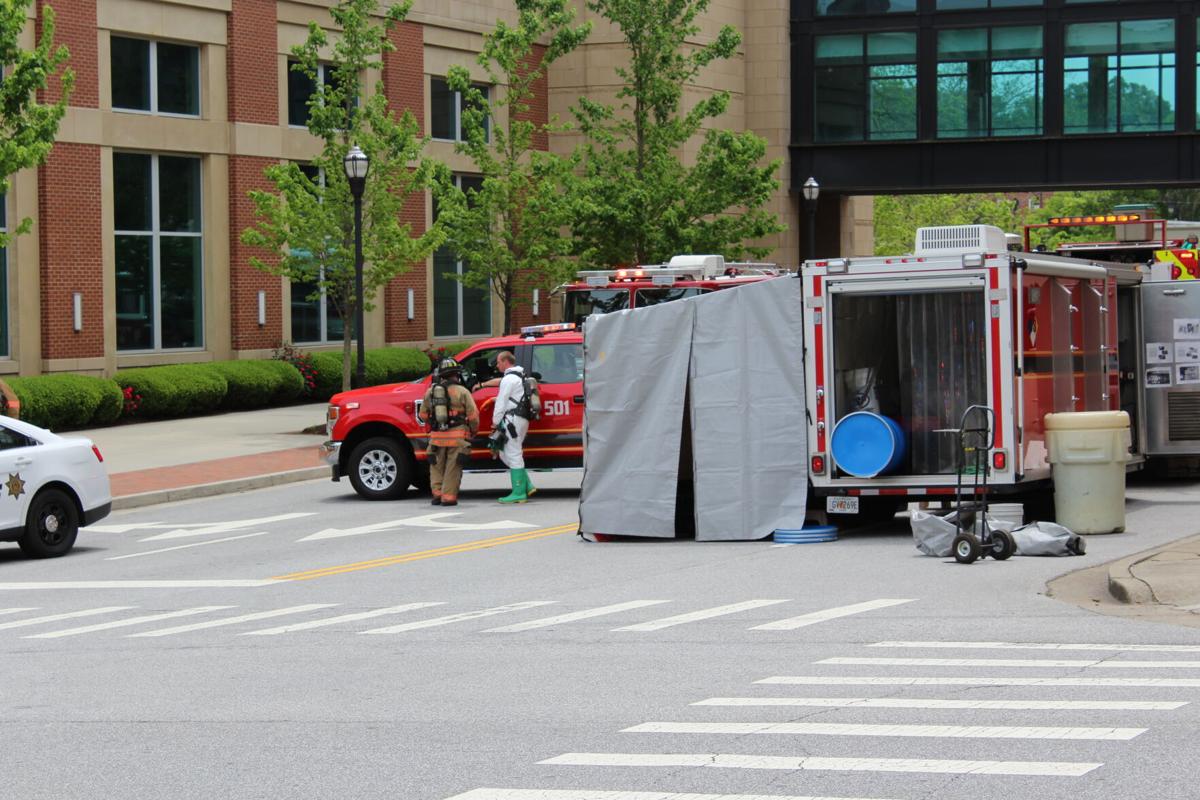 MARIETTA — The suspicious white substance that set off a scare at the Cobb County Superior Court on Friday was found to be "non-hazardous," according to officials.

Several streets were cordoned off and the first floor of the Superior Court building was evacuated Friday morning after staff in the clerk's office were exposed to a white powder in a mailed envelope. The HVAC system there was temporarily disabled to limit circulation of a potentially dangerous substance.

As it turns out, the "white powder" turned out to be a crusty, pasty substance that may have been nothing more than dried toothpaste.

"The contents of the letter were non-threatening and the substance of the ingredients are consistent with toothpaste," according to a post on the fire department's Twitter page.

Col. Nathanial Nation, of the Cobb County Sheriff's Office, said the letter was a records request from an inmate at a Georgia prison, addressed to the clerk's office. Nation said it is a common practice in prisons to seal letters with toothpaste. He declined to say which prison the letter was sent from.

The person who opened the envelope Friday was taken to a local hospital "out of an abundance of caution" but did not show any symptoms "consistent with exposure" to a dangerous chemical, according to officials. Three others remained onsite for further observation.

Debbie Bell, who works in the real estate division of the Superior Court Clerk's Office, sat down on a bench near the building and knitted as she waited for the building to reopen.

Bell, who spoke to the MDJ before the substance was identified, was concerned.

"But I'll just wait until I hear more," she said.