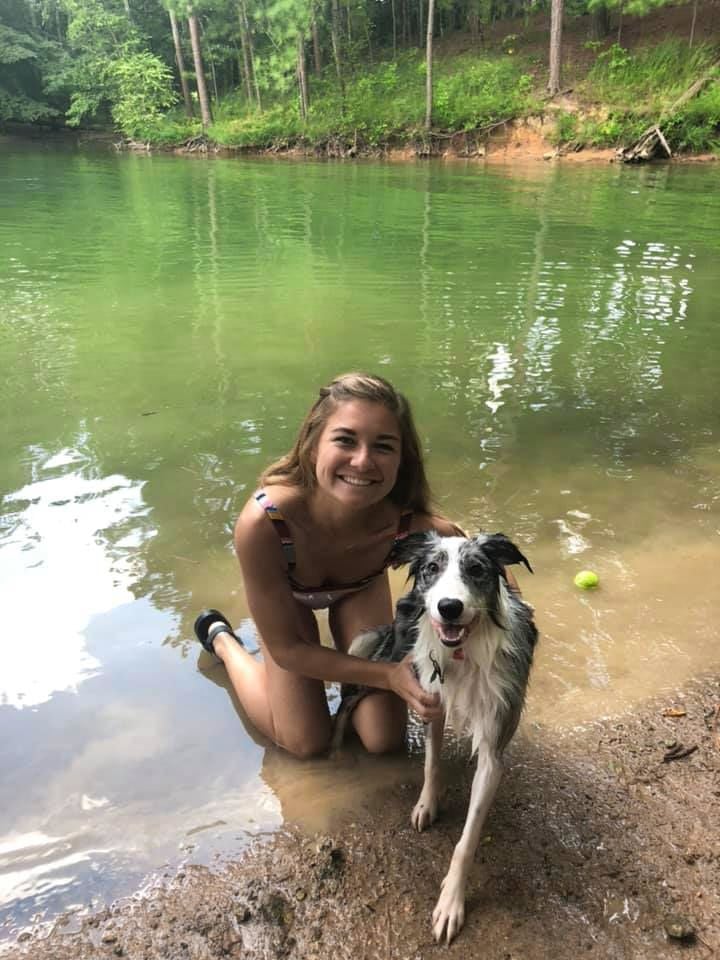 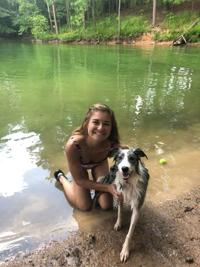 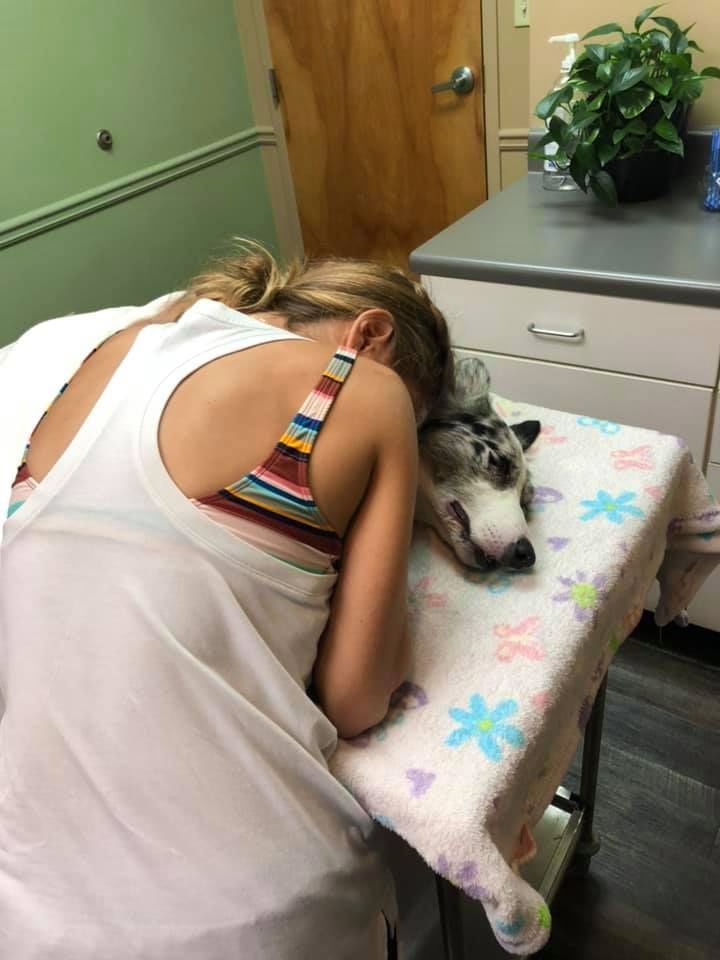 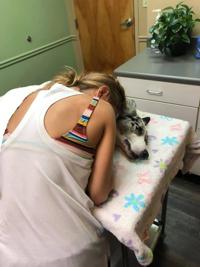 Morgan Fleming, of Marietta, shared this photo of her and her pet border collie Arya in a public Facebook post Saturday night, shortly after Arya had died from suspected toxic algae poisoning after swimming and playing at Lake Allatoona. 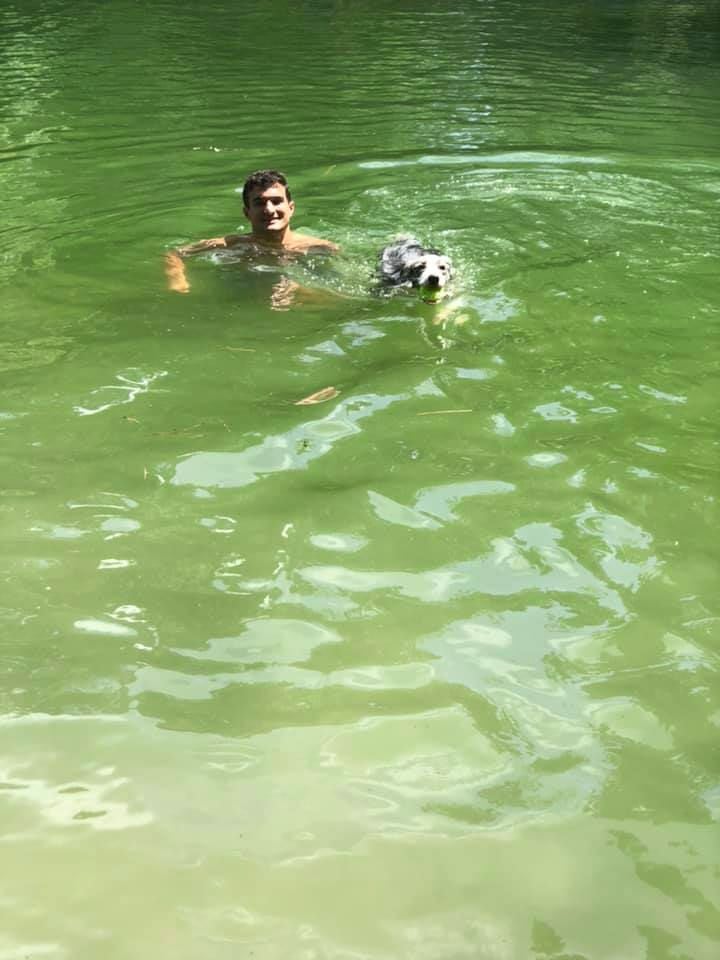 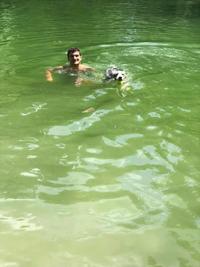 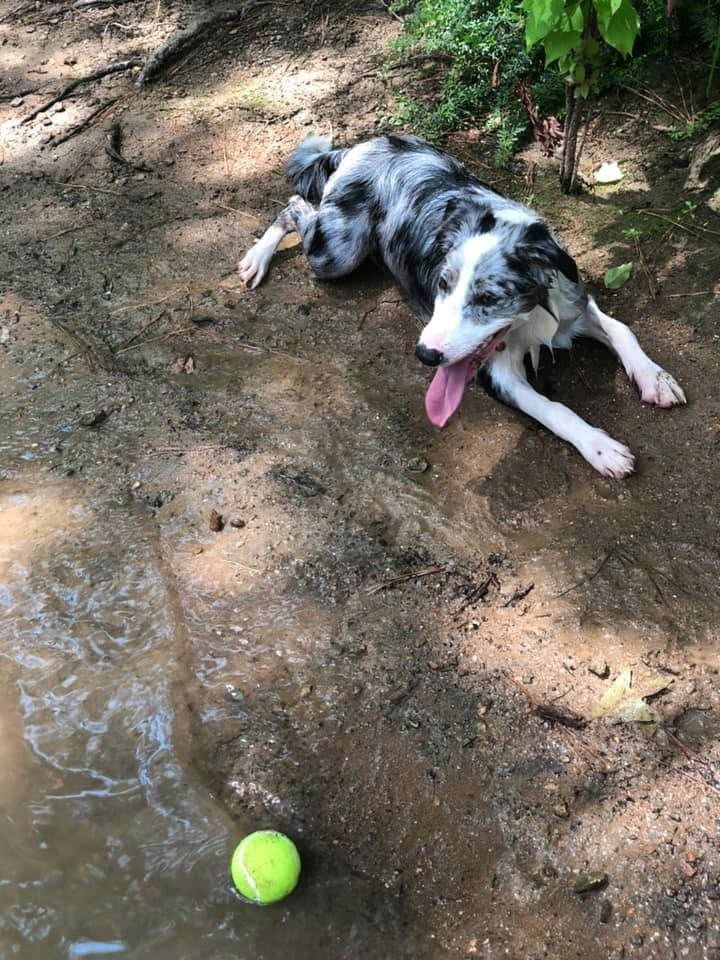 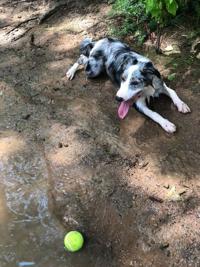 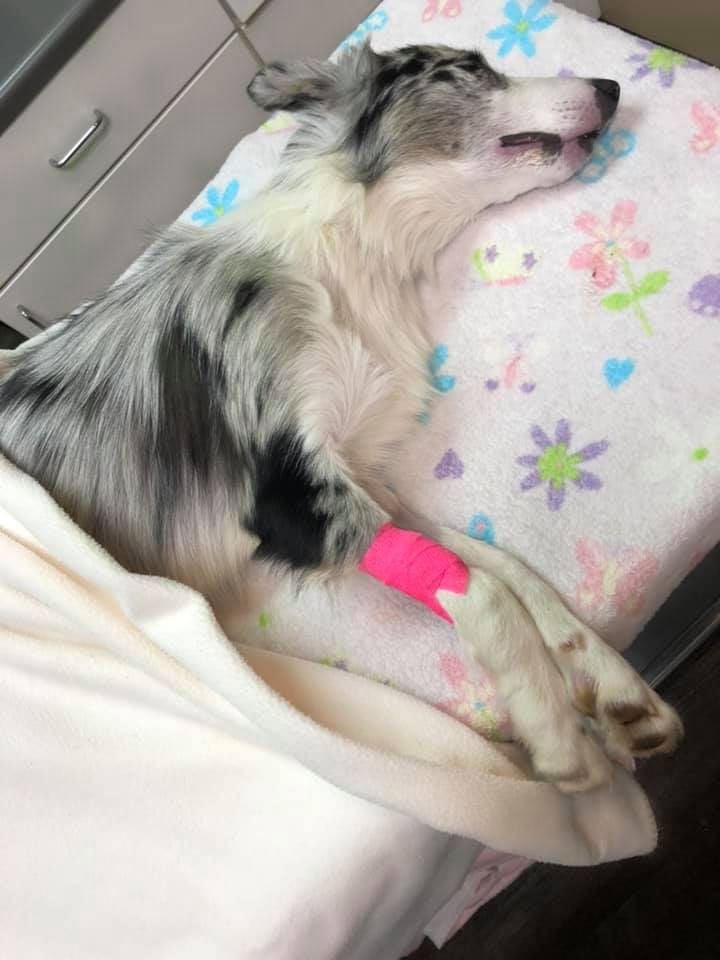 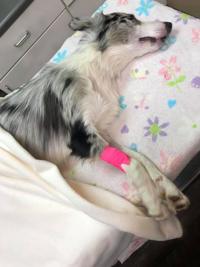 Morgan Fleming, of Marietta, shared this photo of her pet border collie Arya in a public Facebook post Saturday night, shortly after Arya had died from suspected toxic algae poisoning after swimming and playing at Lake Allatoona.

Morgan Fleming, of Marietta, shared this photo of her and her pet border collie Arya in a public Facebook post Saturday night, shortly after Arya had died from suspected toxic algae poisoning after swimming and playing at Lake Allatoona.

Morgan Fleming, of Marietta, shared this photo of her pet border collie Arya in a public Facebook post Saturday night, shortly after Arya had died from suspected toxic algae poisoning after swimming and playing at Lake Allatoona.

Extra water quality testing on Lake Allatoona will be undertaken this week in response to fears there might be toxic algae in the reservoir, after a Marietta couple’s dog died Saturday within hours of playing in the lake.

“Once we heard about this news story this morning I asked my crews to do a lake monitoring event this week,” Blackwell said Monday, citing the Marietta couple’s experience.

Morgan and Patrick Fleming took to social media Saturday night, warning that their pet border collie Arya died just after they had taken her to Lake Allatoona for some relief from the summer heat.

Fleming posted publicly on Facebook just after 7 p.m. Saturday, claiming Arya started making “weird noises” about 30 minutes into the drive home then “threw up and pooped in the car.”

“We called our vet on the drive and they suggested we take her in,” Fleming’s Facebook post states. “By this point our girl couldn’t even stand.”

Fleming says Arya was in a critical condition and brain dead by the time they got her to a veterinarian's emergency room.

“Today was absolutely awful,” she said. “We lost our fun, loving and crazy girl to what we can only assume was a lake toxin such as blue green algae.”

That suggestion, and its potential ramifications for dog owners throughout metro Atlanta and other communities surrounding Lake Allatoona, prompted Fleming’s post to be shared more than 206,000 times as of Monday afternoon, eliciting over 141,000 comments.

Blackwell says the Cobb County-Marietta Water Authority conducts monthly water quality surveys of Lake Allatoona, testing for levels of "chlorophyll a," dissolved oxygen and other things that can indicate problem levels of algae.

The authority also tests constantly at the point on Lake Allatoona where it sources drinking water, Blackwell said, adding that to date, there has been no indication of any toxic algae in the lake.

“Chlorophyll a gives us an indication if there could be an algae problem in the lake and to date we haven’t seen levels of chlorophyll a that have alarmed us in regards to Lake Allatoona. If there’s a large algae bloom it can also reduce dissolved oxygen levels in the water so we’ll again be testing for that,” Blackwell said.

Results should be known immediately, he said.

“Our equipment gives us instantaneous results for several different water quality parameters while we’re on the lake. The testing will probably be later this week.”

The authority samples water from the Allatoona Dam, Blackwell said, near Allatoona Creek, testing specifically for blue-green algae and other algae known to be dangerous to people and animals.

“There has been no indication of blue-green algae at our Lake Allatoona intake to date,” Blackwell said.

The Flemings were reportedly near the Red Top Mountain State Park and Etowah River area of Lake Allatoona with their dog before she became fatally sick Saturday.

“This morning we thought, it’s so hot! Let’s go to the lake,” their Aug. 10 Facebook post states. “We took our sweet Arya to the lake and had the best day playing ball and swimming around . . . Arya, no dog will ever replace you in our hearts, we already miss you more than you could know, I hope you’re running around like a wild girl with all the other border collies in doggo heaven.”

Blackwell said the authority will notify the Environmental Protection Division if testing unearths anything alarming or potentially dangerous, as is routine.

The EPD advises people to avoid any water that is green, scummy or smells bad as it may contain toxic algae, which it says needs sunlight, slow moving water and nutrients to bloom.

“Toxic algae can sicken people as well, but it is especially harmful to animals,” the EPD states on its website. “Small clusters of dog deaths have been reported in each of the past three summers after pets were exposed to toxic algae.”

The Atlanta-based Centers for Disease Control and Prevention says harmful algal blooms can produce toxins that cause illness in people, pets and wildlife through exposure to contaminated water while swimming, drinking water, eating fish or shellfish and boating.

It advises people to avoid water that looks discolored, smells bad or contains foam, scum or algal mats on the surface, as well as water that contains or is near dead fish or other dead animals.

The Flemings told other news media there was no autopsy performed on their dog, but that their vet said she most likely died from a lake toxin based on the symptoms and how rapidly they developed. The Flemings had not returned the MDJ’s request for comment by press time.

In other states, three dogs reportedly died from toxic algae last week in North Carolina, and the city of Austin in Texas recently closed Red Bud Isle as a precaution after reports three dogs died after swimming there in Lady Bird Lake.

Lake Allatoona is a U.S. Army Corps of Engineers reservoir encompassing parts of the Bartow, Cherokee and Cobb counties.

The Corps of Engineers did not respond to requests for comment by press time.

Board members of the Lake Allatoona Association, a volunteer group aimed at improving the lake’s water quality, safety and recreational use, did not answer questions from the MDJ, deferring instead to the Corps of Engineers.

Lake Allatoona does not contain harmful levels of toxic algae, water quality tests last week have confirmed, following the death of a Marietta…