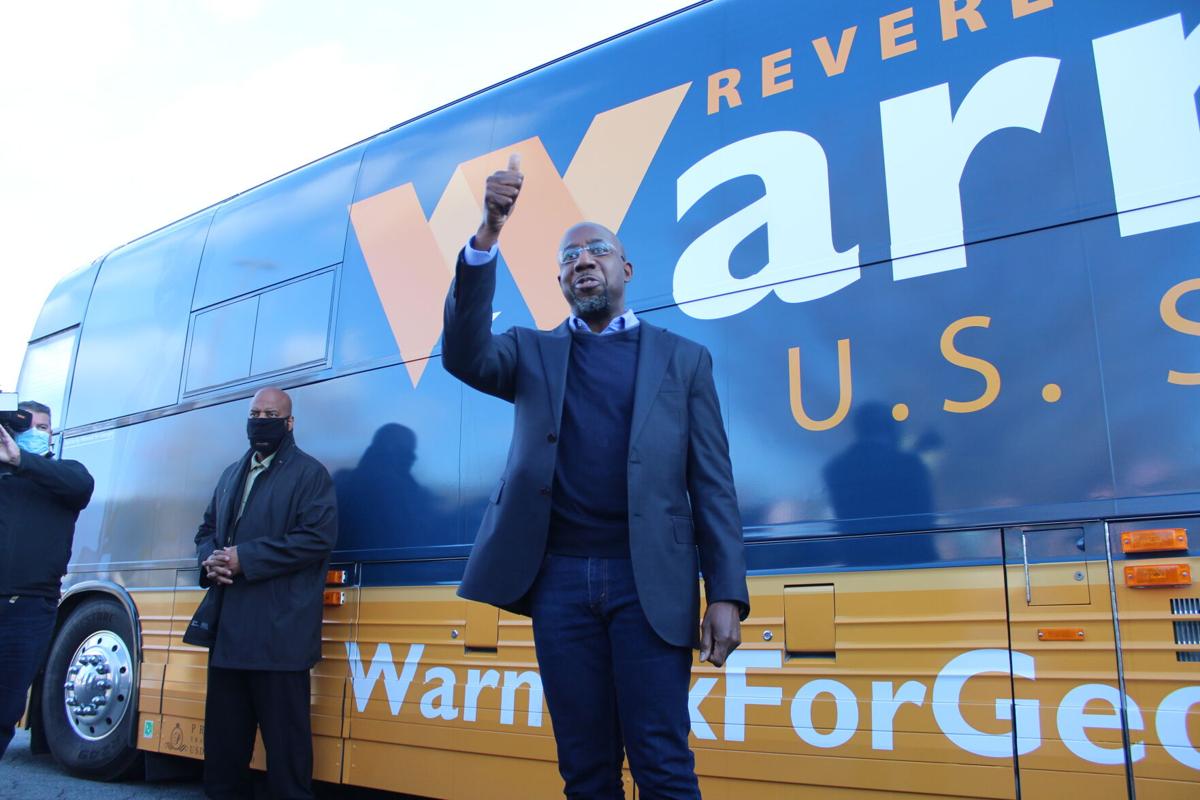 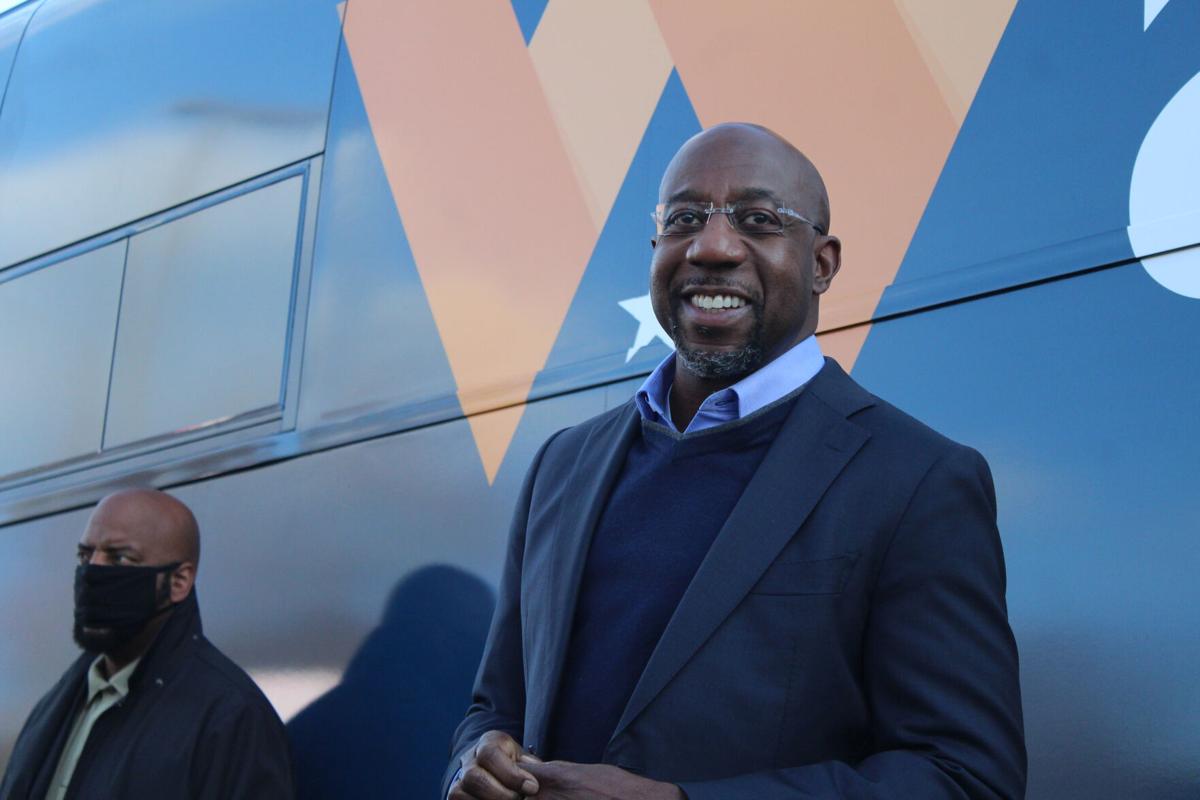 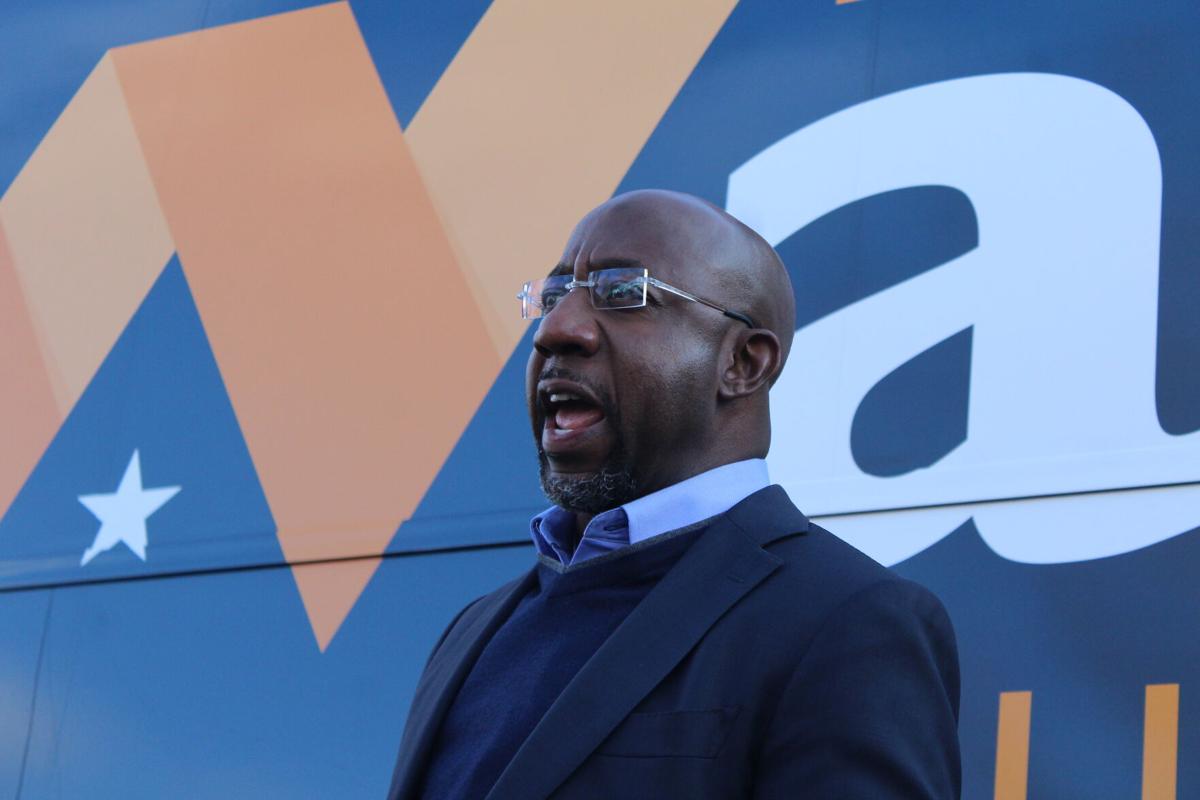 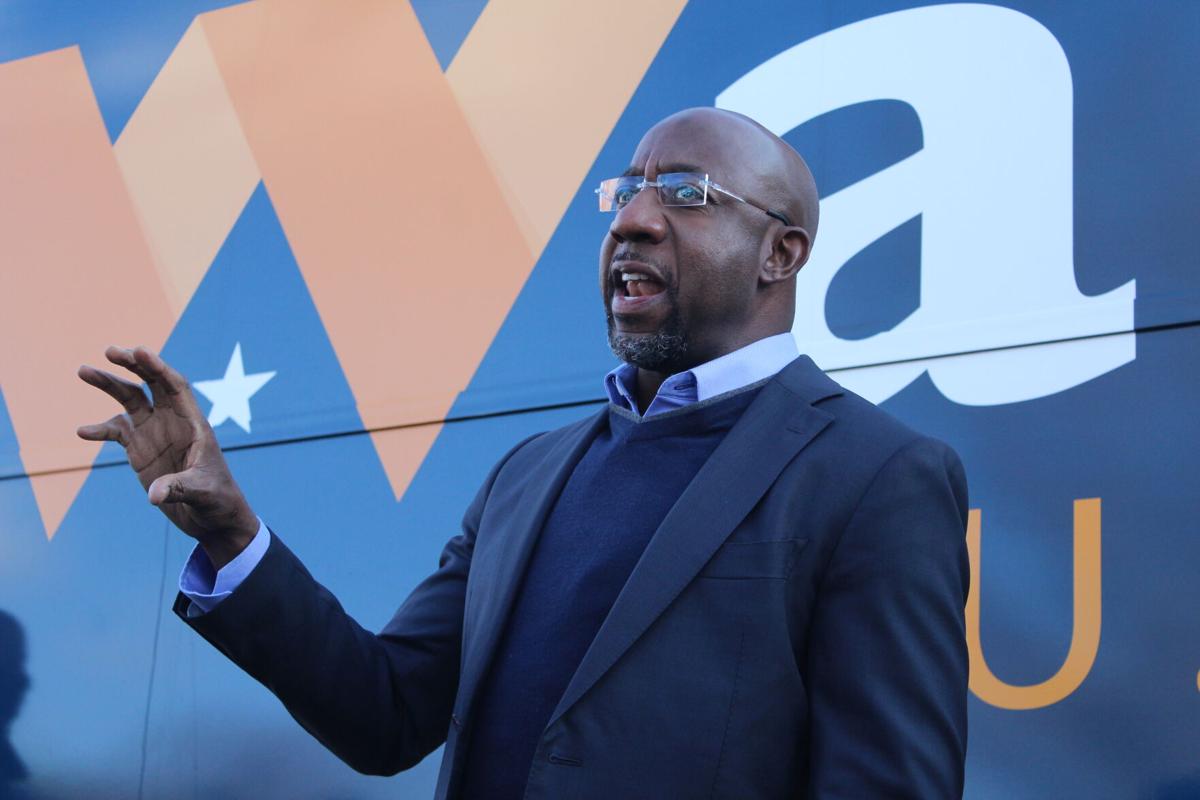 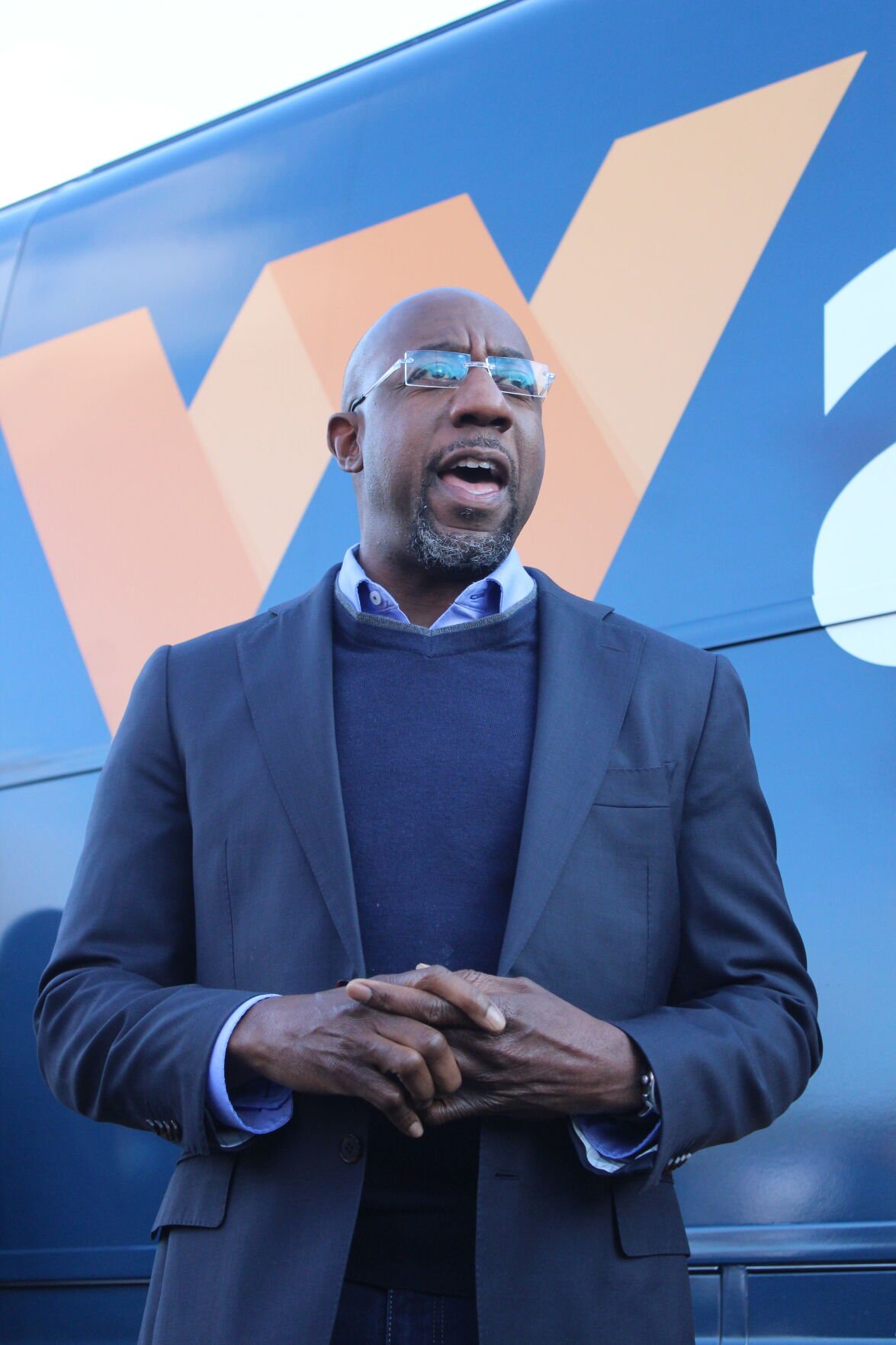 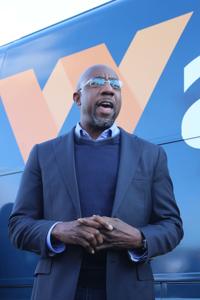 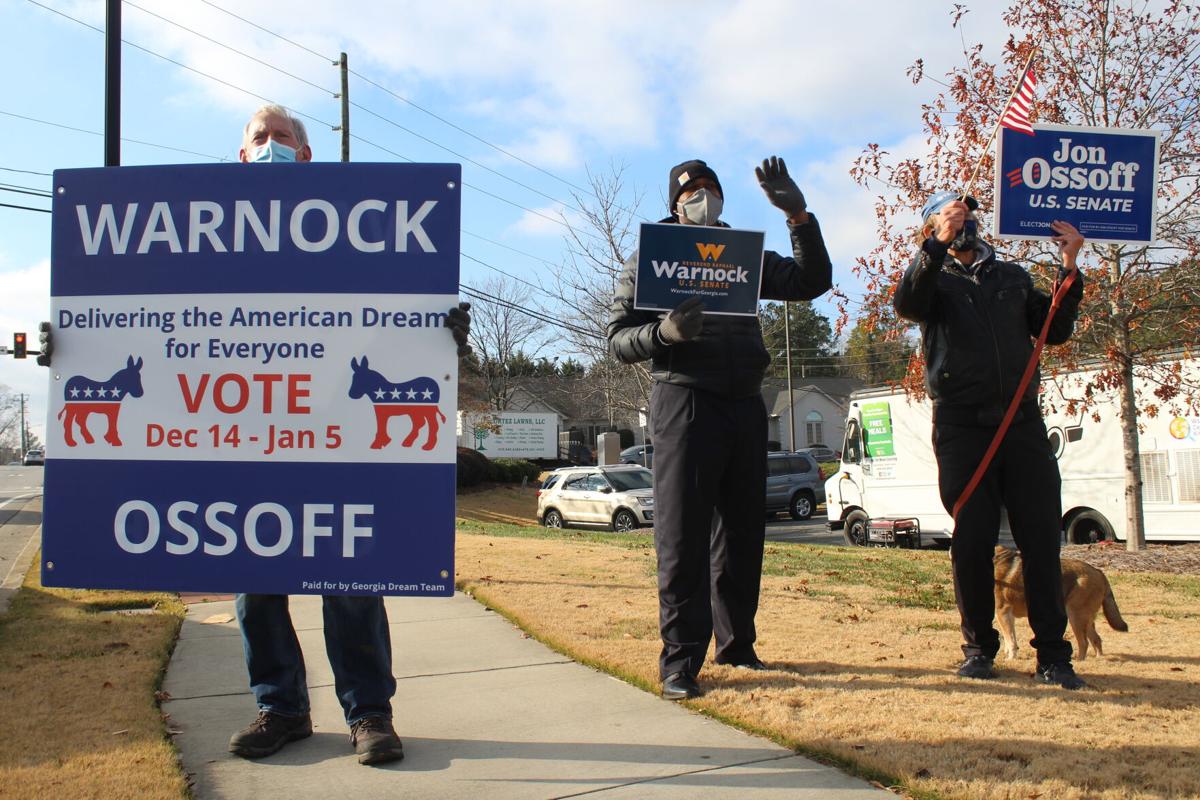 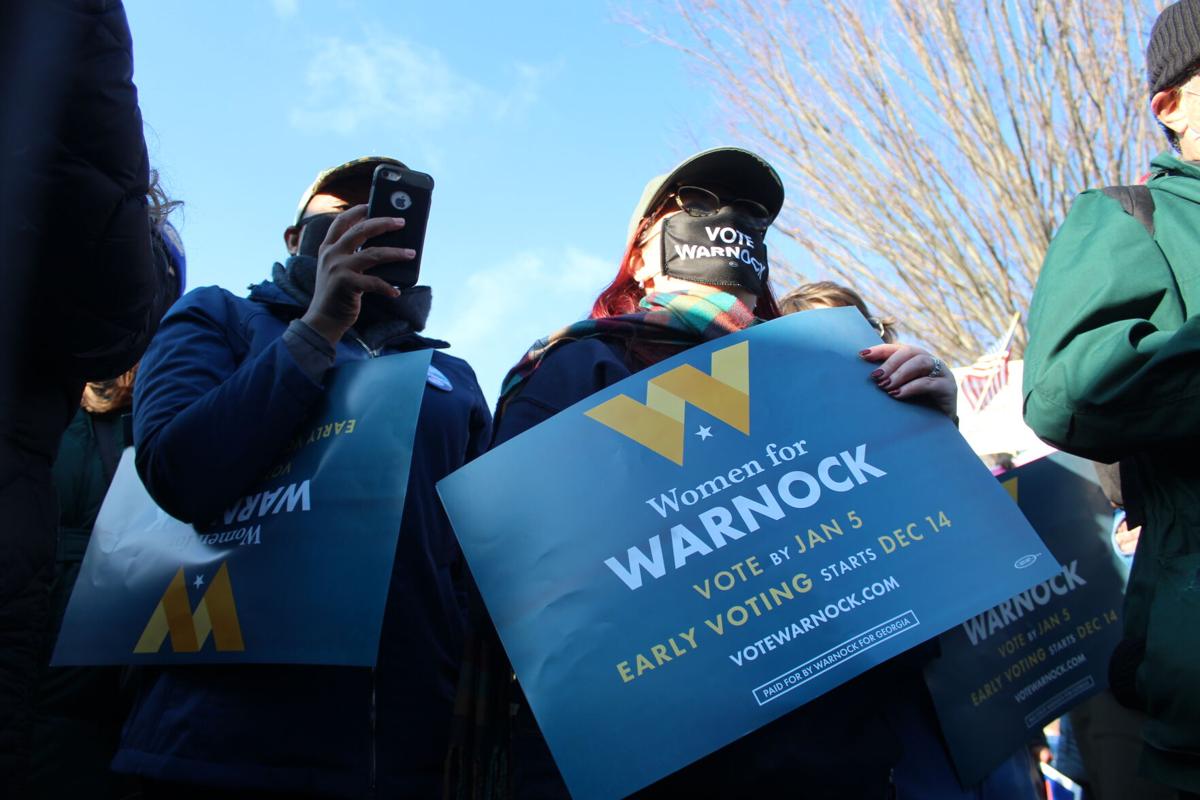 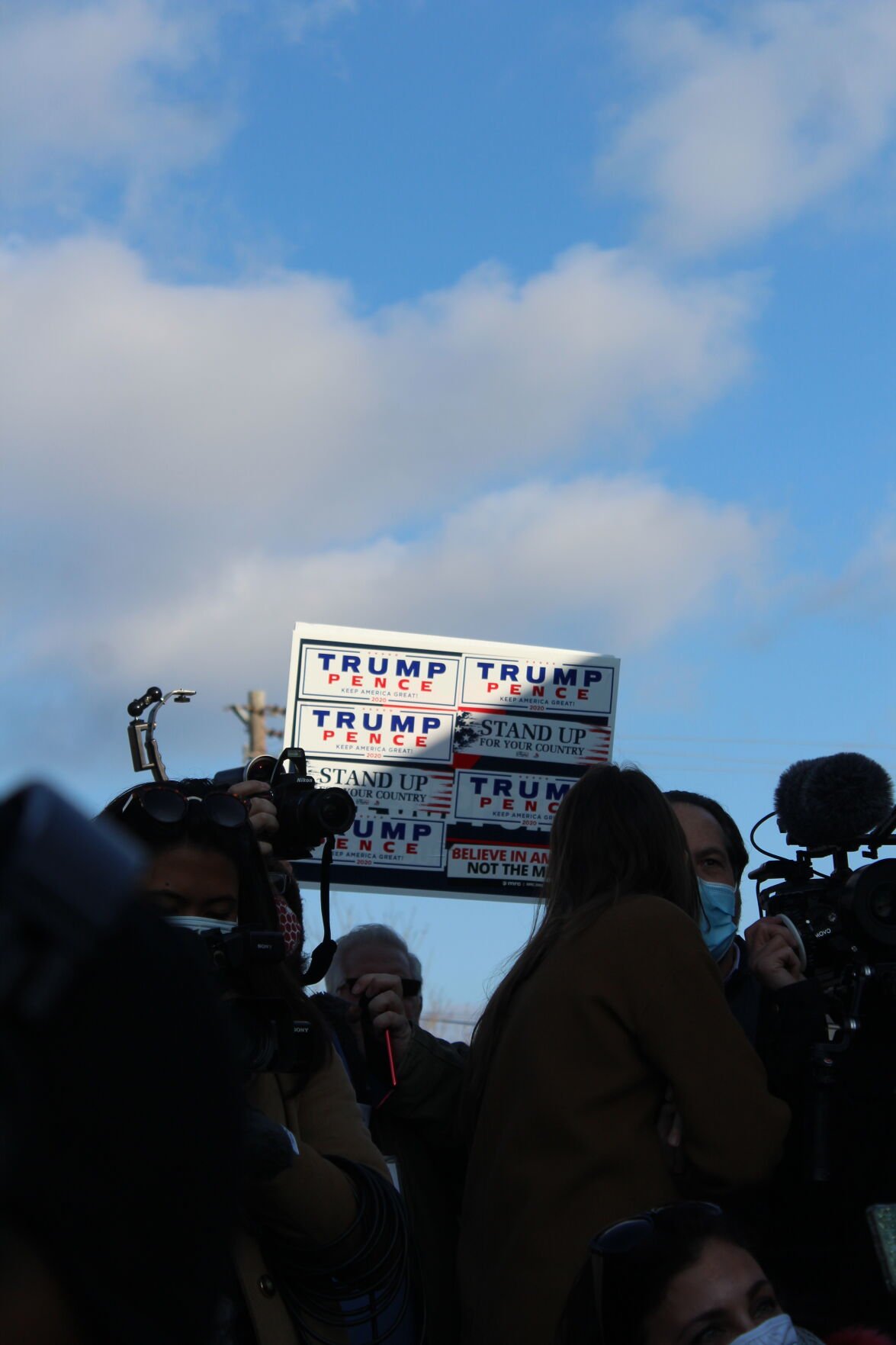 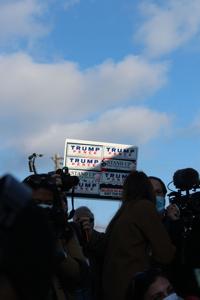 Warnock, a Democrat, and U.S. Sen. Kelly Loeffler, R-Georgia, are facing each other in a Jan. 5 runoff, as neither earned 50% of the vote in the Nov. 3 election.

Loeffler took office at the beginning of this year after Gov. Brian Kemp appointed her to replace former Sen. Johnny Isakson, a Republican who retired due to health issues.

“This movement is not about me, it is not about my opponent,” Warnock said, standing in front of a blue and yellow campaign bus emblazoned with his name. “It is about health care, which I think is a human right, but we can’t get her (Loeffler) to say it.”

During his brief appearance, Warnock called on Congress to approve “the kind of COVID relief that is needed to reopen this economy” and “make sure that small businesses have the support that they need.” He also called on the state to expand Medicaid — a provision of former President Barack Obama’s Affordable Care Act — and on county elections officials to open more early voting centers.

“When people have to wait two hours to vote — those people have jobs, they have families,” he said. “Particularly for working-class people, that creates a hardship that is its own form of voter suppression and may not be intentional but the result is the same.”

Warnock is a pastor at Ebenezer Baptist Church, where the Rev. Martin Luther King once pastored. Speaking to reporters after the rally, he said his election to the Senate would add much-needed diversity to the “most consequential deliberative body on the planet.”

Acworth resident Katie Landsman said her support for Warnock was motivated, in part, by her disgust for Loeffler, citing the senator’s controversial sale of millions in stock after receiving a closed-door briefing on the coronavirus in January.

“The fact that she is a pandemic profiteer who made money off the deaths of Georgians and thinks that that earns her a return trip to the Senate for a seat she was never elected to? Oh hell no,” Landsman said. “Not just no, but hell no.”

Loeffler said the stock transactions were made by a third-party adviser without her input. The Justice Department and Senate Ethics Committee dropped their investigations into the matter, saying they couldn’t find evidence she had broken the law.

Warnock scarcely mentioned Loeffler, instead focusing on his message of health care, pandemic relief and his biography.

The 11th of 12 children, Warnock told supporters he was his family’s first college graduate.

“I got in through hard work, grit, determination,” he said, “but that alone doesn’t get me a bachelor’s degree from Morehouse (College). ... Somebody gave me some Pell Grants. Somebody gave me some low-interest students loans. In other words, somebody provided for me a path, and I’m running to make sure other people’s children have a path.”