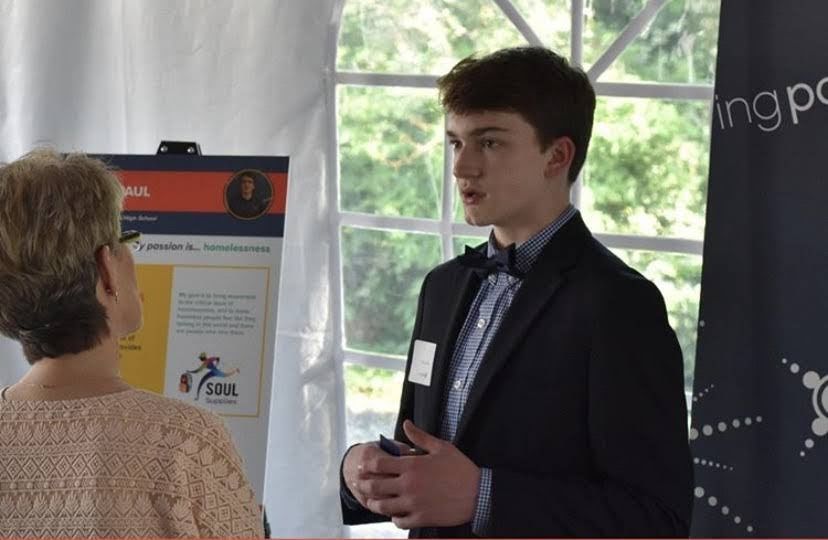 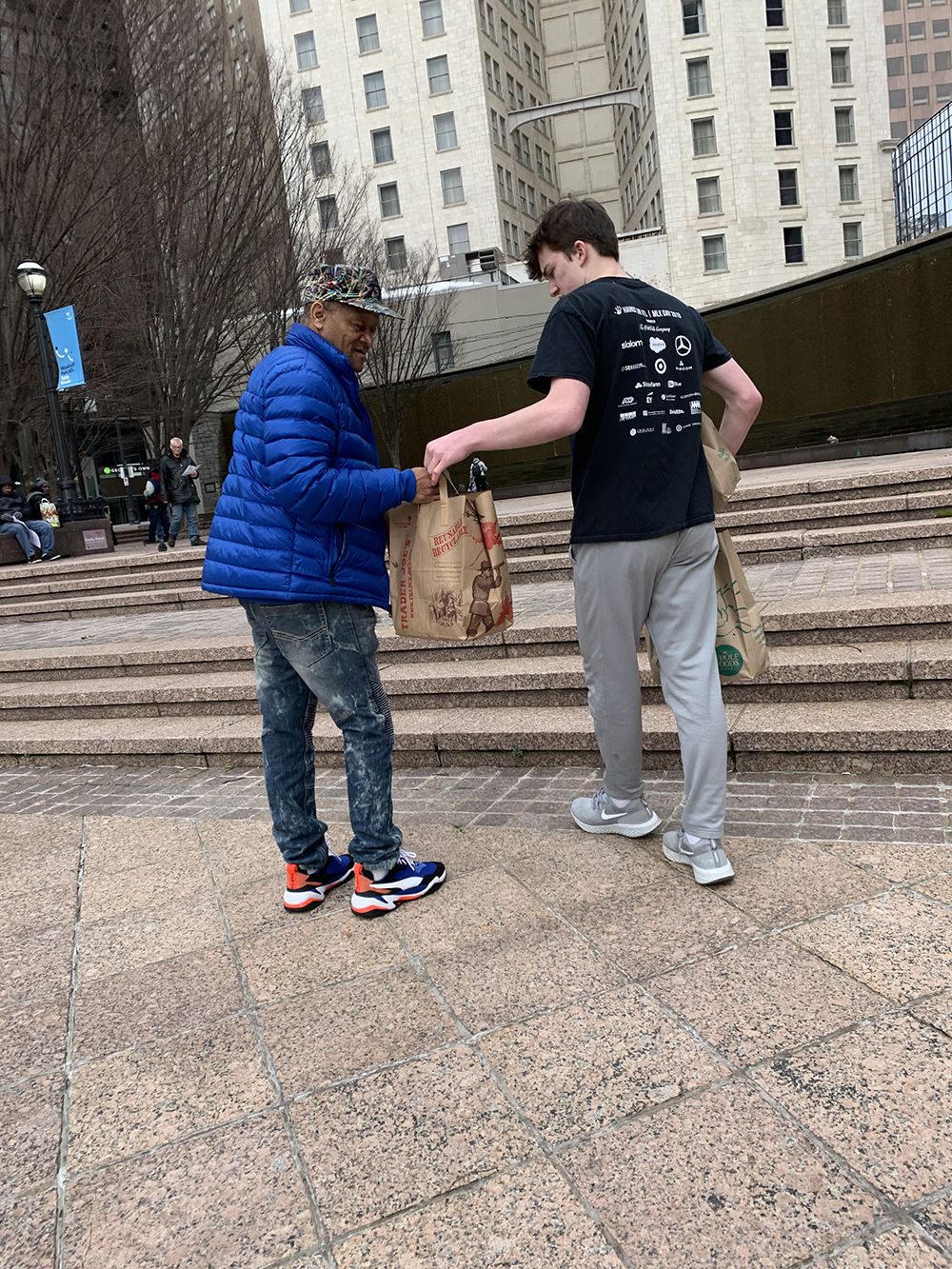 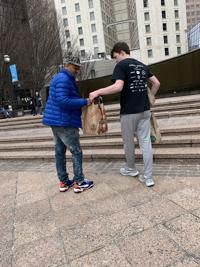 Emory Paul, right, hands out bags full of food and supplies to the homeless in Woodruff Park in Atlanta. 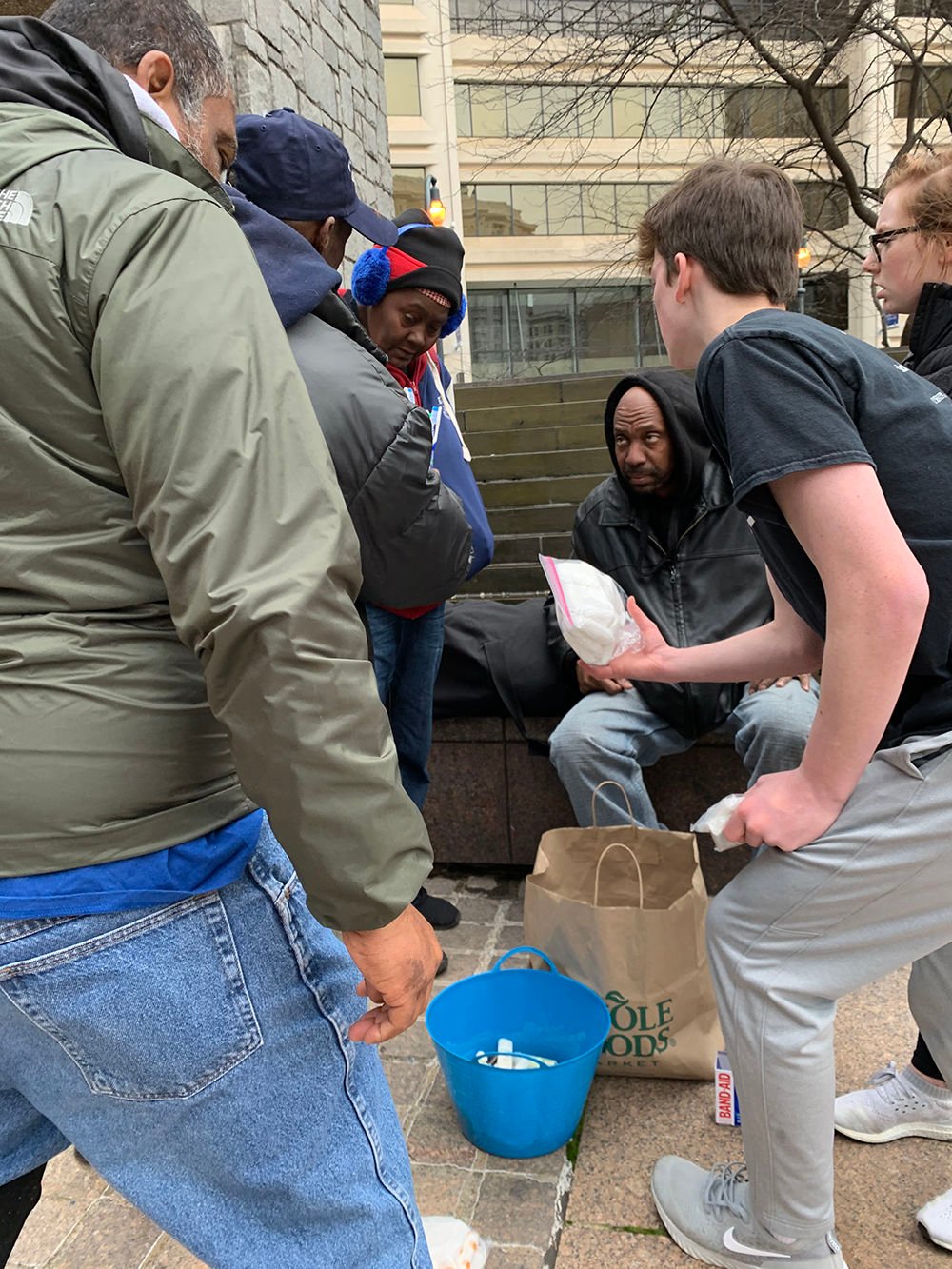 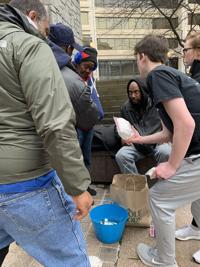 Emory Paul and other volunteers hand out bags full of food and supplies to the homeless in Woodruff Park in Atlanta.

Emory Paul, right, hands out bags full of food and supplies to the homeless in Woodruff Park in Atlanta.

Emory Paul and other volunteers hand out bags full of food and supplies to the homeless in Woodruff Park in Atlanta.

Even as a child, Emory Paul had a drive to help people.

"When he was younger, we would go to the (Atlanta) Braves games at the old stadium, and he would notice all of the homeless citizens up and down the sidewalk. It always visibly affected him, and he would ask us to help them with whatever we had," said Alison Paul, east Cobb mother of the Walton High School junior.

Alison Paul said when they'd take vacations to Los Angeles, California or New York City, her son would walk right up to the men and women living on the street and start conversations with them.

"He's just really had a heart for people in need and felt like he was someone who could help," she said.

Alison Paul said her son's work has been overwhelming, inspiring and "really special."

Now, at 17, Emory Paul is the president of his newly founded nonprofit, Soul Supplies, an organization that fills backpacks with bottles of water, snacks, hygiene supplies, clothing and other items to give to the homeless.

As a graphic designer, and web editor, Alison Paul works with nonprofits and says she's helped her son with flyers and website construction.

Emory Paul said he'd had the idea for his organization for about two years, since he'd begun passing out items to the homeless with a club at his school. He said one interaction lit the fire for him to start something bigger.

"I was passing out backpacks in Woodruff Park, and unfortunately we had run out, and a homeless man asked us if we had any left," he said. "I saw the despondent look in his eyes, and that really motivated me to want to do more. I knew I had to turn my passion into action."

The Walton student said he was accepted into the GivingPoint Social Innovators Academy, an entrepreneurial training program that gives students the tools and helps them learn how to start their own organizations. That step, he said, led to the founding of Soul Supplies. Though Soul Supplies has been operating for months, Emory Paul said he received official nonprofit status about a month ago.

At the start of the school year, the teen said he began with a small drive, collecting donations and supplies from his neighborhood. Since then, his organization has helped more than 150 homeless people, delivered more than 3,000 items and collected more than 5,000 items from over 200 donors.

However, as schools and businesses have closed their doors and governments have mandated that as many residents as possible shelter in place to curb the spread of the coronavirus, Emory Paul said he hasn't been able to deliver supplies. Instead, he's using this time to spread awareness or his organization on social media and collect items and recruit volunteers so he's ready when the social distancing guidelines are lifted.

"I'm sure that there will be more homeless people because of this coronavirus outbreak," he said, adding that many residents have lost their jobs due to layoffs. "I'm preparing for that, so when we are able to go out and help people face to face, we have all the supplies that we need to help a large amount of people."

He also said he will pick up donations from porches or curbs if people would like to donate while avoiding leaving their homes.

Emory Paul said at this point only he and a web designer are on staff, supported by volunteers. But, he said, as the organization continues to grow, he is looking to bring on more staff members.

In addition to assisting as many people as possible, Emory Paul said he's on a mission to de-stigmatize the issue of homelessness. The passion he has for helping the homeless comes from what he says is an understanding that more people need to have — they're just people who have fallen on hard times.

"Often ... society ignores homeless people, they kind of brushed them off and thought of them as the untouchables ... and that they did this to themselves. ... That's simply not the case," he said, adding that there are an estimated 3,000 homeless youth in metro Atlanta. "What fulfills me when I pass out these backpacks is that I get to meet these people, and I think what Soul Supplies wants to do is humanize people who suffer from homelessness, because it could be anybody."

To find a list of items accepted through donations, visit soulsupplies.org and click the "Get involved" tab. To donate, visit www.paypal.com/paypalme2/soulsuppliesatl. For more information or to partner with Soul Supplies, email soulsuppliesatlanta@gmail.com.